Where Are They Now is an EN series presented by Merial that catches up with horses who have retired from a successful eventing career. If you have a horse you’d like us to profile, please email [email protected] Next in our series is Kristin Bachman and her OTTB gelding Gryffindor. 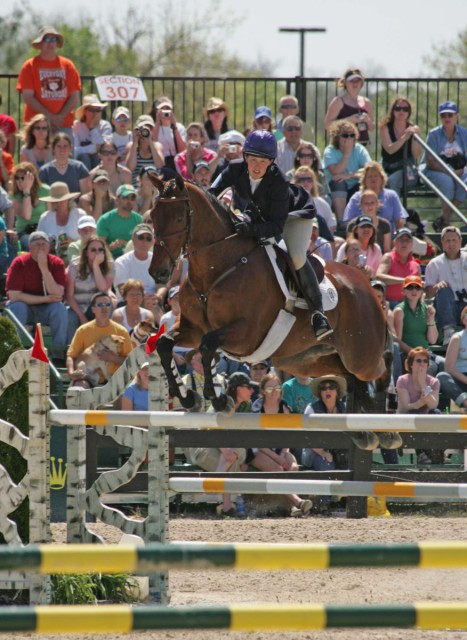 Kristin Bachman and her longtime partner Gryffindor, a 1994 off-the-track Thoroughbred gelding (Country Light – Lani Molly, by Gallant Best) had a storied career as a team. Together, the two competed at the Rolex Kentucky Three-Day Event on three different occasions and had top placings at Advanced and in multiple three-star competitions.

As a racehorse, Gryffindor, who raced under the Jockey Club name Budweise, did not have a great career. He started 26 times between 1996 and 1999 with three wins, two places and five shows and total career earnings of $18,144. Kristin’s friend, Meika Decher, an exercise rider at Emerald Downs in Auburn, Washington, at the time, bought him as an eventing prospect.

Kristin first met Gryffindor while he was laying down in a field, sprawled out and missing three of his shoes. As she looked him over, there was an instant connection between the two. Two weeks later, Kristin showed up at the farm and watched him walk, trot and canter on the lunge line. After watching him pop over a fence, she handed Meika a check. 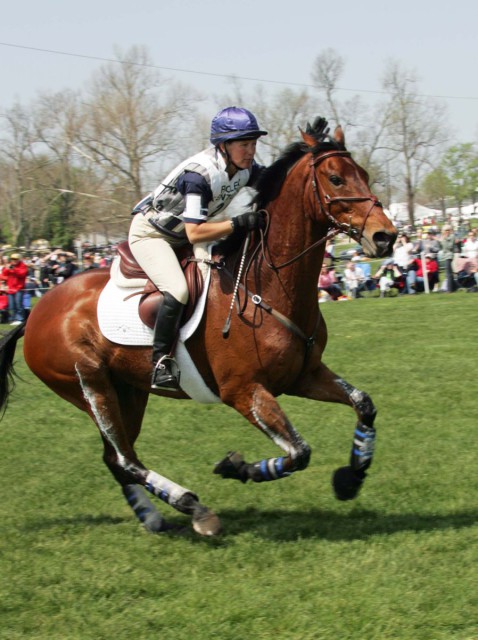 Kristin Bachman and Gryffindor on cross country at Rolex 2007. Photo by Mike McNally.

Gryffindor was an instant cross country star. He knew his job over the fences and tried no matter what.”He showed up for work every day,” Kristin said, which set the tone for his lengthy career. Kristin first piloted him around at Training level at Horse Haven Farms in Washington in 2001. At the same horse trials a year later, he placed first in Preliminary.

He continued to excel, making his FEI debut in March 2003 at Galway Downs in the CIC2*, finishing in fourth place. Three years later, Gryffindor competed at his first Rolex. The following year, Kristin and Gryffin again competed at Rolex, but made an unfortunate mistake that eliminated them during their stadium round just five jumps from completing.

Gryffindor and Kristin then headed to the 2007 Pan American Games training camp as alternates, where Gryffindor injured his collateral ligament. The next spring while prepping for the season in Aiken, Gryffindor developed tendonitis in both front legs, which sidelined him for just over two years. 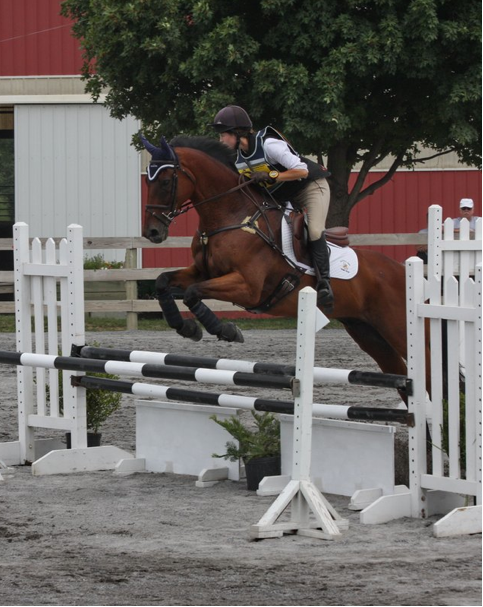 Allegra and Gryffindor at Waredaca. Photo courtesy of Allegra Aiuto.

After a long road to recovery, the pair continued their partnership and returned to Rolex once again in 2011, where Kristin withdrew Gryffindor before cross country after record-setting rain fall the previous week. Gryffindor made one last FEI appearance at the Bromont Three-Day Event in June 2011, where the pair finished seventh in the CCI3*.

During their 10-year career together, Kristin and Gryffindor completed 52 horse trials, placing sixth or higher on 23 different occasions. Even after a length career on the track, Gryffindor proved he still had more to give.

Gryffindor’s next stop would be with Allegra Aiuto, a young rider under the tutelage of Mara DePuy. As with Kristin, Gryffindor and Allegra clicked instantly. His purpose as a young rider’s horse was to help rebuild Allegra’s lost confidence, which he started doing in their very first ride together.

Allegra finished out the 2011 season with Gryffindor by winning in the Open Training at Waredaca. Sadly, the pair had to withdraw from Morven Park’s fall horse trials before cross country, and Kristin, Mara and Allegra collectively decided to retire Gryffindor while he was sound and happy. 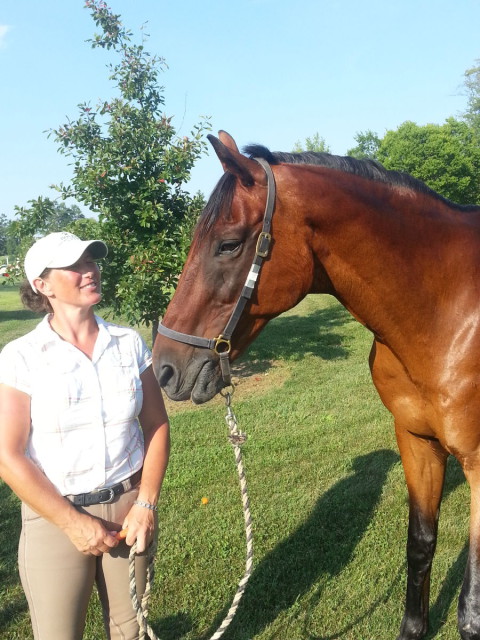 Kristin Bachman and Gryffindor hanging out in Upperville, Virginia. Photo by David Taylor.

Gryffin, now 21 (but no one has informed him of his age), currently lives at a private farm in Upperville, Virginia, owned by Anita Antenucci. He is not alone is his retirement. Gryffindor is kept in good company by He’s Got Rhythm, one of Kim Severson’s short- listed horses for the 2004 Olympic Games in Sydney. Kristin is not far away either. She spends a good amount of time on the farm bringing up young horses, always taking the time to make sure her friend Gryffin is still happy each and every day.