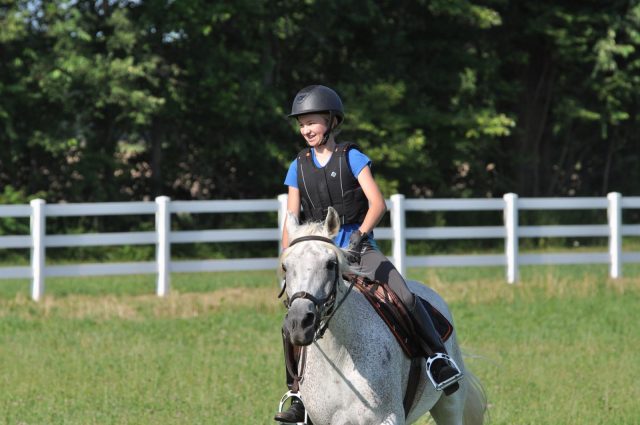 As I watch memories pop up on Facebook of the Richland Park Horse Trials, it makes me smile and shake my head in wonder. I think back to five years ago when a little girl met a horse named Leroi … the horse that started it all.

You see, I am that little (not so little now) girl’s mother. Five years ago, at the 2014 Richland Park Horse Trials, that 8-year-old little girl was offered the chance to pet a horse who was in the cross country warm-up. The few minutes the rider gave to that little girl that day has shaped her waking world from that moment on throughout the last five years. 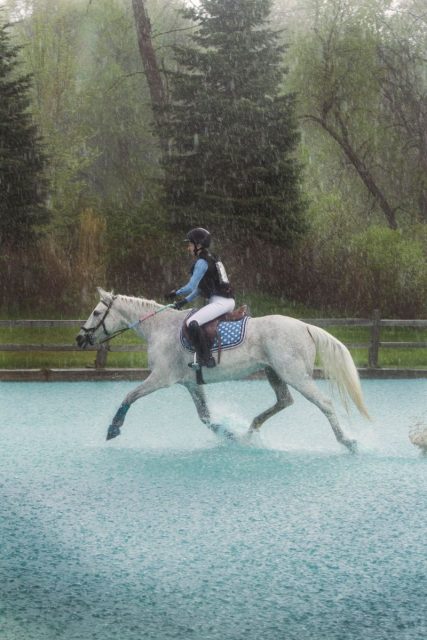 Alexiea, that “Little Girl [who found] Love In Amy Tryon’s Former Ride,” is now competing at Beginner Novice level and has never once stopped wanting to train under Lauren in these five years since she first shyly waved at the young lady in cross country warm up.

Over the past five years, Alexiea has taken lessons on an ungaited Tennessee Walker who has a heart of gold and patience of a saint, free-leased a chestnut mare pony named Sparkle (yep, you read right, a Chestnut+Mare+Pony) who taught her a lot about riding  … and a lot about how to keep her seat (or at least how to land after being dismounted involuntarily), joined Pony Club and much more. 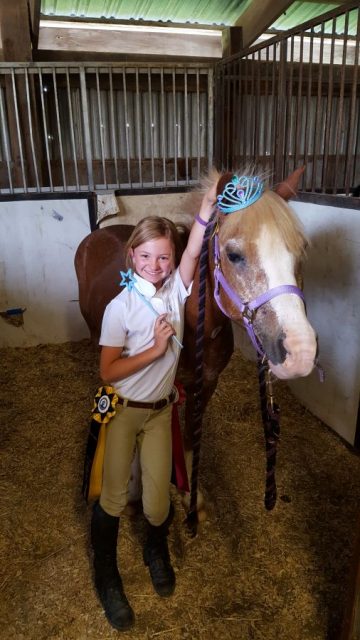 She has learned the heartbreak of giving up a pony after outgrowing her. She has learned the joy of purchasing her own horse — a gray (which seems to be her preference, Lord help us all!), 14.1 HH Pony/Appendix QH cross named Boo who is her best friend. She has learned horses need care seven days a week, regardless of the summer heat and the (Michigan) winter freeze because the animals come first no matter what; that little girl now has horses of her own and is the one who sets her alarm to do chores every morning before school and again every night, even on weekends, without hesitation or reminder. She has learned both success and failure, not only as a rider but also as a person, with her own horses and her competition horse, Ashley, owned by K. Barsuhn. 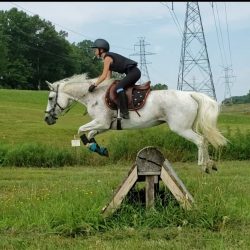 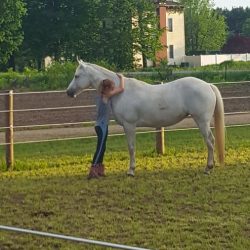 Lex and her horse Boo. Photo courtesy of Jennifer Blake. 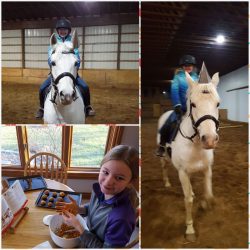 Lex and her horse Boo. Photo courtesy of Jennifer Blake.

Of all the things to be proud of her for, from her hard work ethic to her ability to just go with the flow of the horse world, the one thing I am most proud of Alexiea for is her heart and her unbridled inner joy for the animals and the other riders and life itself. No matter how her run ends (or regrettably retires on course), she takes care of her horse and then is back out there smiling and rooting for the next rider. I truly believe this is due to some of the great role-models she has had to look up to in the horse world around her, from Kaitlin. V. to Tara E./ Ken S. to Allison T. at TNT Farms, to Lorin P. and Craig and Karen B. at Wintergreen Farms/ Pony Club and so many others, including the LF Eventing Team members
themselves. These people have all taught her that it is the love of the ride and the animal that matters, not the competition placement or the gear price tag. For that alone, I will be forever thankful.

We do get down to Kentucky several times a year to visit the LF Eventing Team and the ever faithful Leroi. They have become more than just a team to us; they are considered family. 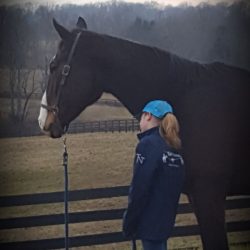 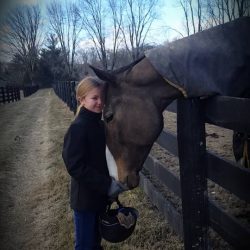 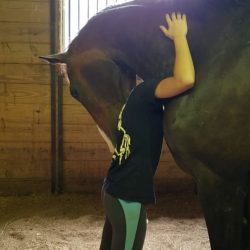 As I said in my very first email to Lauren on that long ago day in August, “You took five minutes out of your day to be nice to a little girl and her brother today but that five minutes to this little girl was worth a lifetime. My daughter will remember you and Landretti for a very, very long time.”

If you see Lauren around, make sure to tell her “Thank you.” Thank you for passing on this sport to another generation. Thank you for opening a door to a whole new world of wonder for a little girl on that long-ago day. Thank you for being one of the most generous, kind and heart-felt people I know; I am honored to be able to call you my friend.