“The campers ride twice a day and have two unmounted lesson per day,” says Head Camp Instructor Lindsey Elwell. “They are responsible for taking care of their own horses; there is a huge emphasis on horsemanship. We have an experienced group of instructors and barn managers here this year, all dedicated to teaching the kids good fundamentals in addition to proper and safe horse care.”

“The Starter Trials is a perfect opportunity for campers to show what they have been practicing all week with their instructors,” said Lindsey. “The Area I Young Rider Selection Event took place the following day, giving the campers the chance to watch and volunteer. As this is a future goal for many of our kids, we would like to bridge the two programs together to create a strong system for kids to come up through.”

Joan Davis of Flatlands Foto kindly offered us these photos from the Beginner Novice Camper Division for a very special edition of our “Who Jumped It Best?” series. Have a look and vote for your favorite below!

It’s a tough contest, as everyone jumped it well! I know I’ll be using unofficial criteria, like “best purple cross-country gear” (a close race between Maya and Lindsay), “best horse name” (Bacon Bits, yes!) or “best game face” (Bridget for the win, hands down), to make my pick. 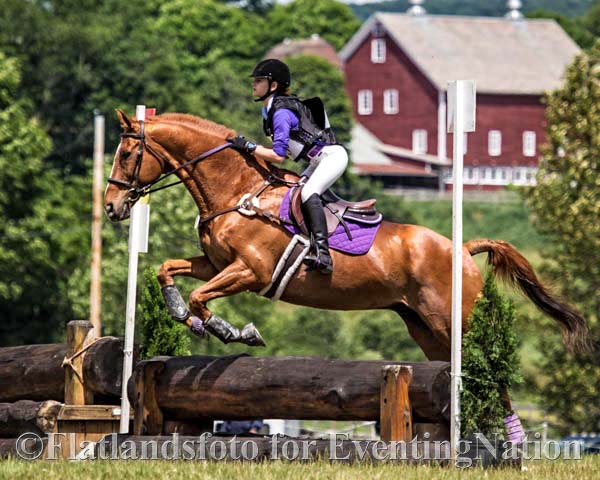 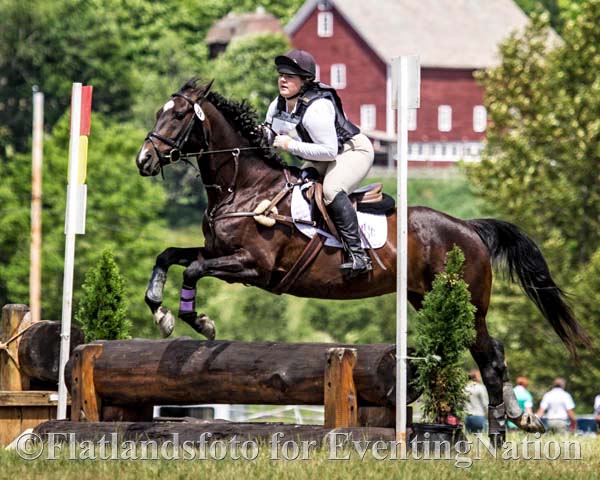 Meriwether Stockford and Alice in Wonderland. Photo by Joan Davis/Flatlandsfoto. 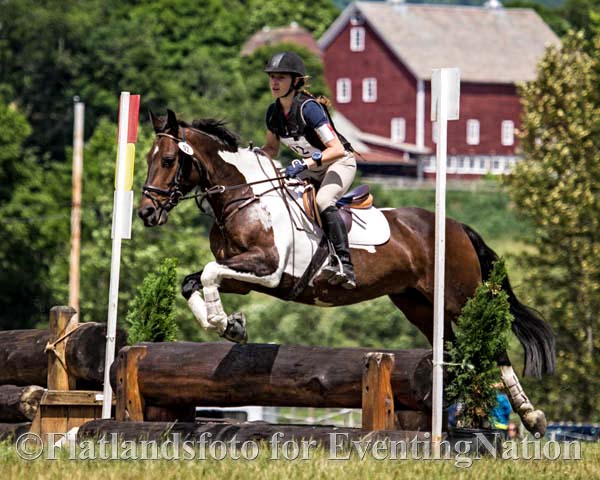 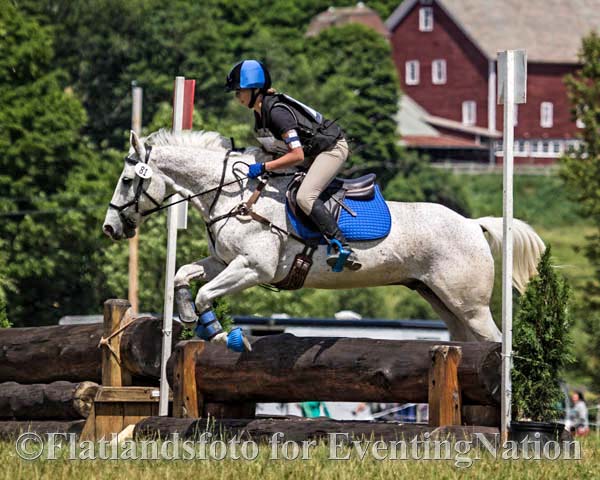 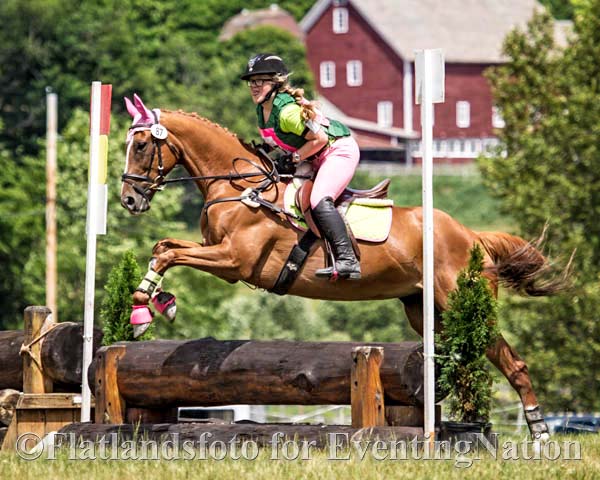 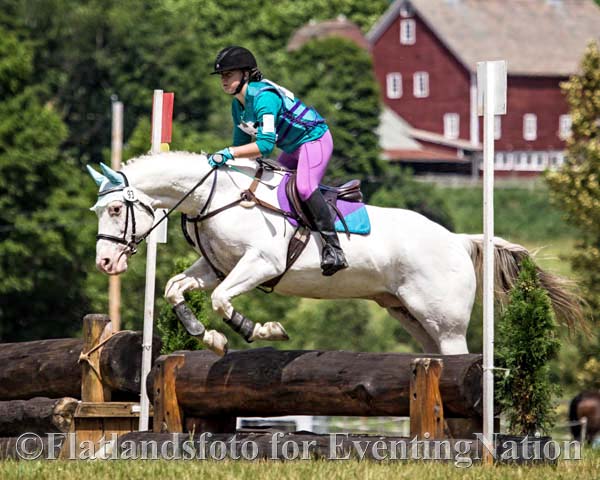 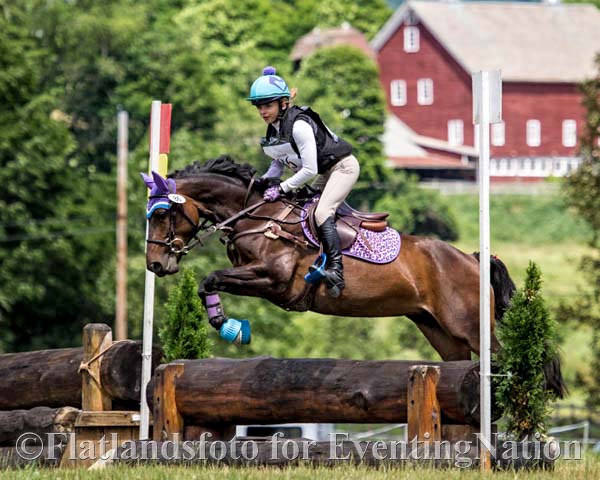 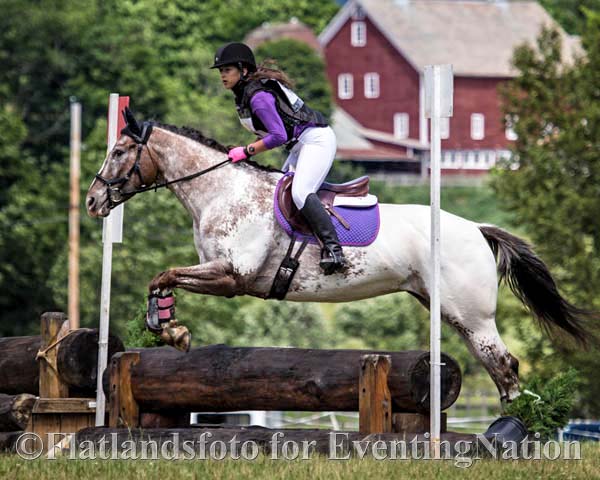 Lindsay Briggs and Waps In Yo Wallet. Photo by Joan Davis/Flatlandsfoto. 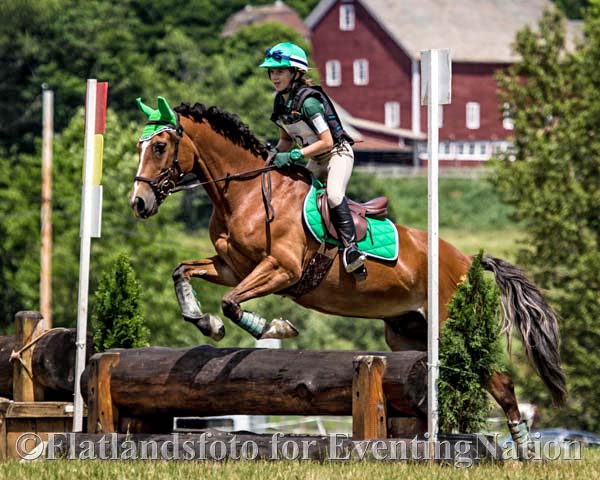 Madison Haney and My Irish Blessing. Photo by Joan Davis/Flatlandsfoto.