Is there anything that heralds in a week better than a bumper edition of ‘Who Jumped it Best’? We don’t think so — and today, we’ve got an exciting one, fresh from this weekend’s cross-country finale at England’s Houghton International Horse Trials. The feature CCIO4*-S did double duty as the second leg of the FEI Nations Cup series and a stacked four-star in its own right, with nearly 100 entries.

The Suzuki ATV Log and Arrowheads water complex at 8ABC ended up being the most influential question on the course. Surrounded by crowds in something of a natural amphitheatre, it consisted of a seriously beefy log drop into the water, which riders approached off a right-handed S-bend turn. How they navigated this first question was crucial, because on landing, they had to navigate a right-handed turn to an arrowhead in the water and then another on dry land — though there were a couple of long routes that proved popular through the day, because it was so easy to lose the line after an extravagant jump at A.

The water itself was bisected with a guard railing, which stopped horses and riders from straying too far into the deep end, and this could be used cleverly: rather than making the error of turning too early, brave riders could direct their horse towards the railing and then use it to almost push their horse’s shoulders back onto the right line. (The risk there, of course, is that a very keen horse could, theoretically, end up jumping the rail and going for a swim, though we didn’t see that happen through the course of the day!)

For today’s WJIB, we’re looking at that A element that proved so crucial. Who do you think made the most balanced, tidy effort? Which pair found the fine line between power and caution? Take a look at our selection of snaps and then scroll down to cast your vote! 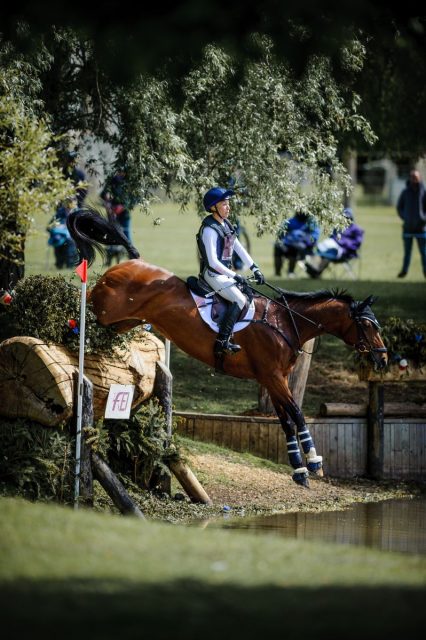 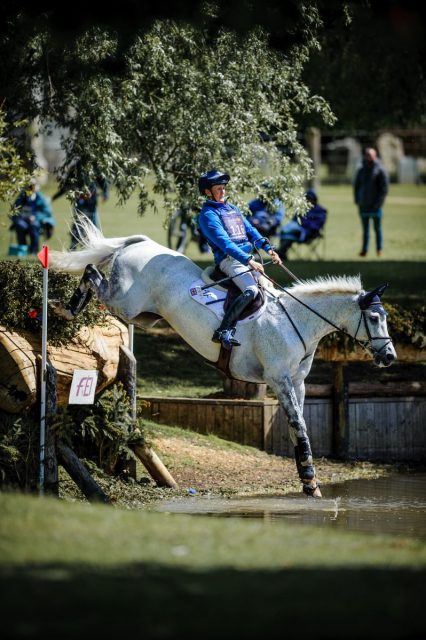 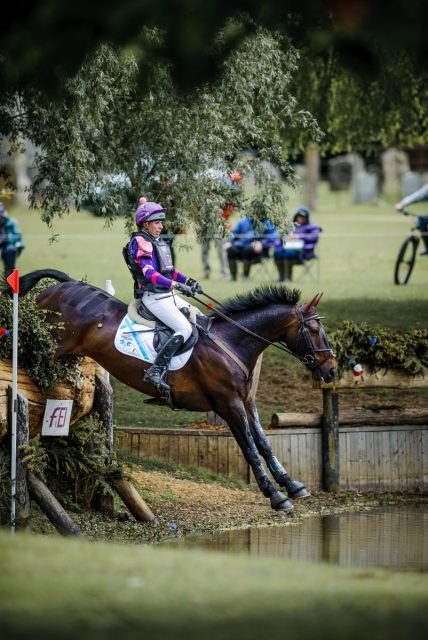 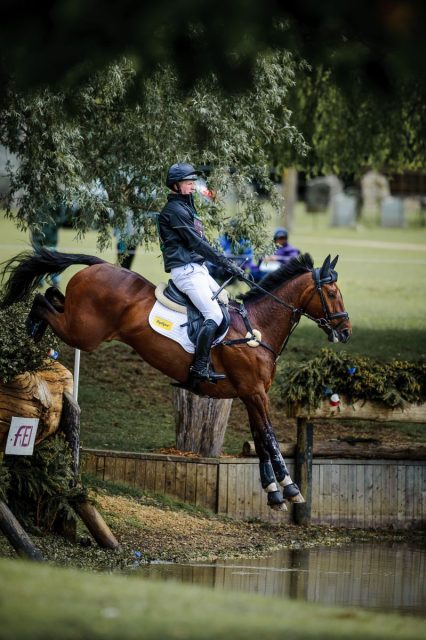 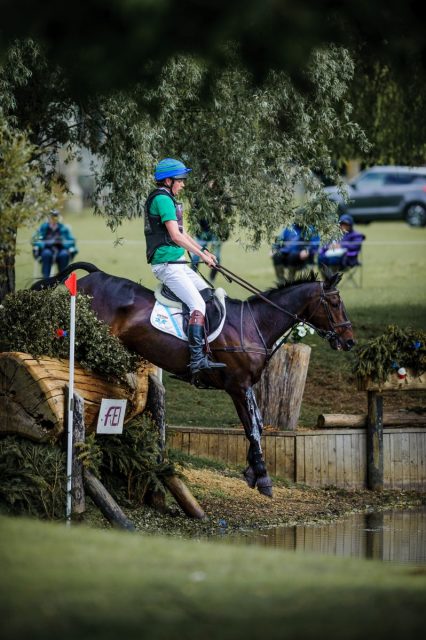 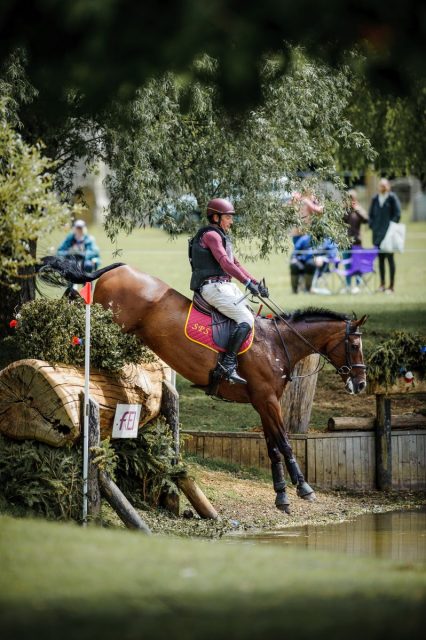 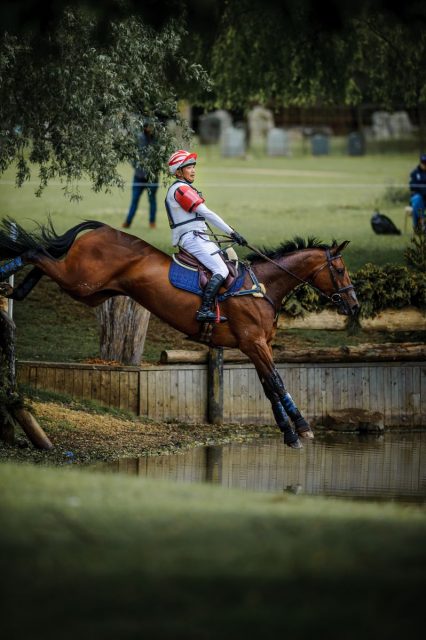 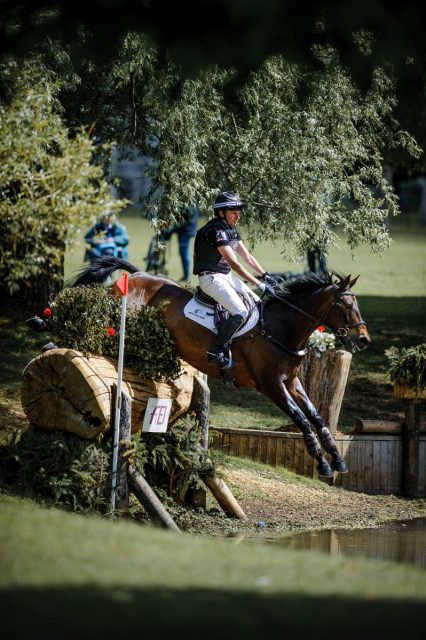 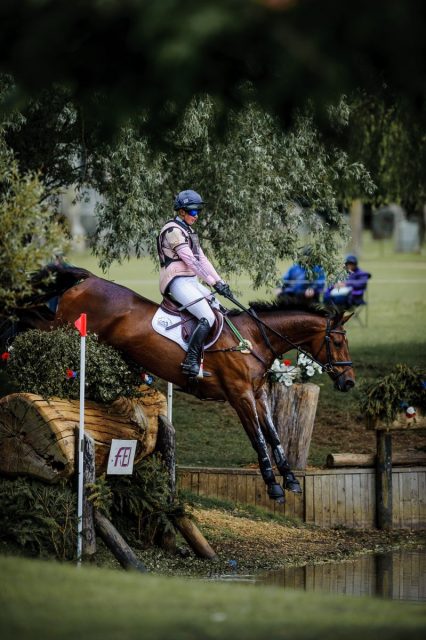 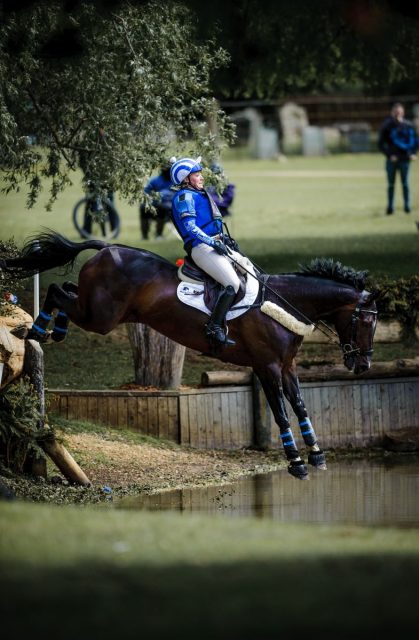 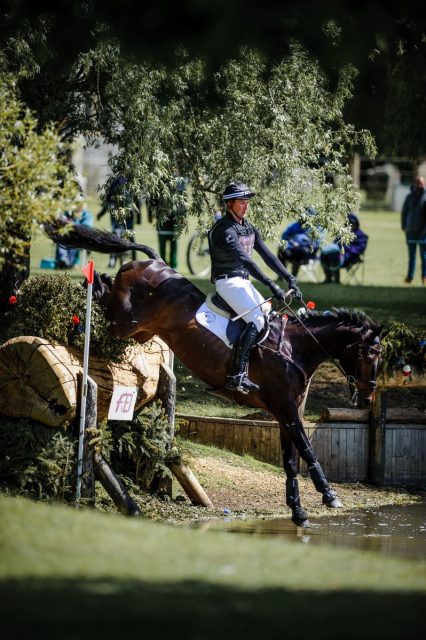 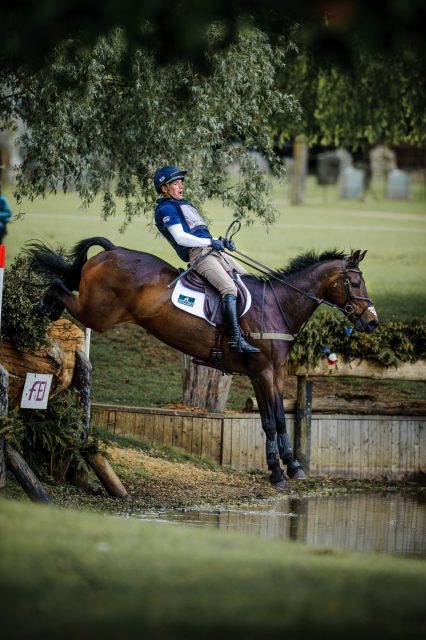