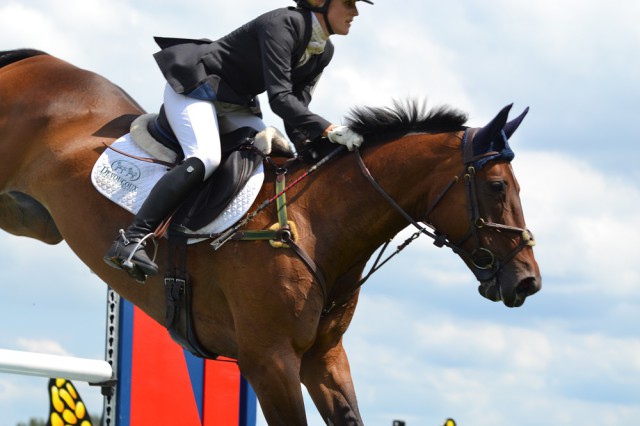 Red on white, white on left, insanity in the middle… that’s the Eventing Nation way. But it takes an extra-special sort of crazy to get the job done in style.

For our Richland edition of “Who Jumped It Best?,” we’re pitting a select few CIC3* competitors against EN’s own motto-inspired hurdle.

Built by show jump artiste Brody Robertson, the fence made an appearance this weekend on Richland’s Marc Donovan-designed course. It was the second to last jump, off a slightly uphill four-stride related distance from another Brody original sponsored by the USEA.

While simple-looking, it caught a few horses out. The liverpool was on the landing side, leaving not much in the way of a ground line to back horses off the vertical. I noticed a few riders scratching their chins at it while walking the course: “Why would he put the liverpool on that side?” Best answer: “Because he wants us to have the rail down.”

Here, Jennie Brannigan and Cambalda demonstrate a stylish jump over the obstacle:

Red on right, white on left, Jennie Brannigan/Cambalda in the middle. #richlandpark #goeventing A video posted by Eventing Nation (@goeventing) on Aug 22, 2015 at 12:51pm PDT

And now, a more… unorthodox attempt:

Chinch clearly has mad scope but needs to work on that right drift. #richlandpark #goeventing #chinchstagram   A video posted by Eventing Nation (@goeventing) on Aug 21, 2015 at 9:14am PDT

Note: Of the 19 double-clears, we’re going to disqualify the top five placed horses since they already had their photos on EN yesterday and we want to spread the love around. 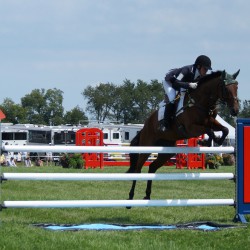 Alexandra Knowles and The Dark Mark. Photo by Bailey Moran. 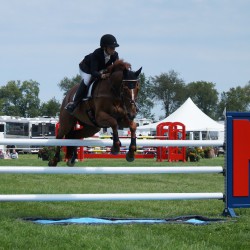 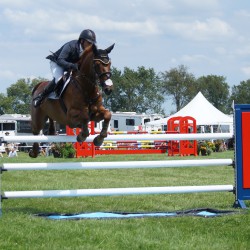 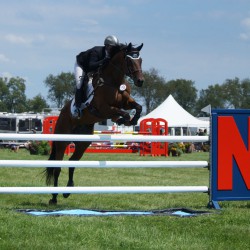 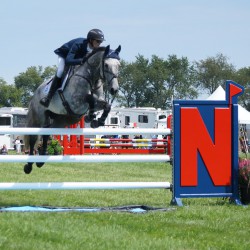 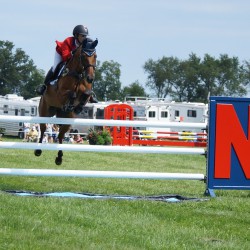 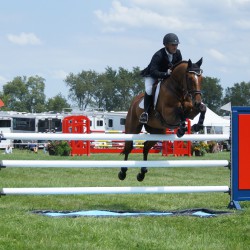 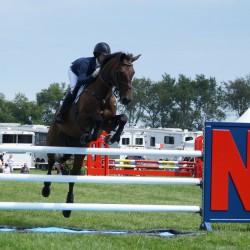 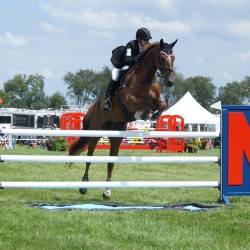 Lisa Marie Fergusson and Honor Me. Photo by Bailey Moran. 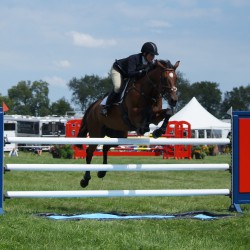 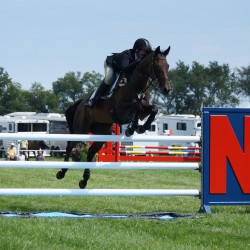 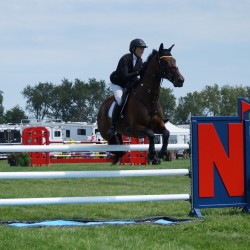 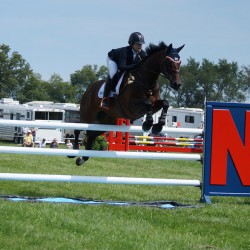 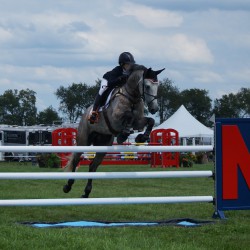 Sharon White and Cooley On Show. Photo by Bailey Moran.

Many thanks again to Bailey Moran for the use of her super photos. Making it all the more impressive, not only did Bailey stand in one place long enough to snap 44 photos of the same jump, she followed it up by immediately hopping on her Advanced horse and tackling it herself! That’s insanity in the middle at its finest. 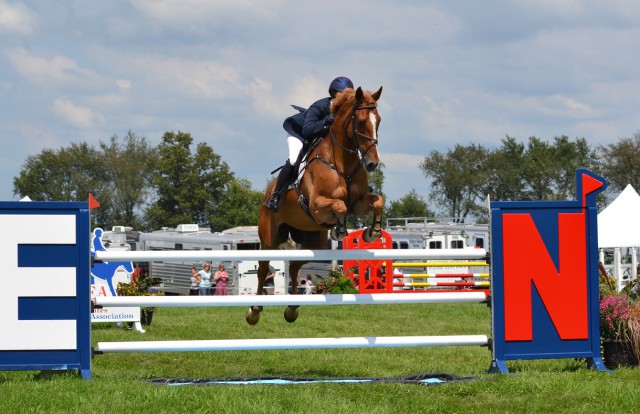