The first water in Luhmühlen’s CCI5* track is also one of its biggest challenges. After jumping three straightforward single fences, without much in the way of spectators around, horses and riders travel for a long period through the twists and turns of the forest, before turning downhill and popping fence 4, a large rolltop. As they jump that, they come face to face with a wall of buzzy fans, and an optically busy water complex, which also houses a line of questions for the CCI4*-S class. Many horses lose focus and make mistakes here, either because they’re put off by the crowds and grind to a halt at one of the fences, or because they never quite get their eye on their next fence and have a drive-by.

Today’s Who Jumped it Best? question focuses on the fence after that beefy rolltop. Fence 5A is a big, intimidating upright brush, which has a dry take-off and lands you directly in the pond. From there, riders need to quickly get their horses’ eyes on the line out over another pair of brushes. Doing so requires a controlled landing, rock-solid focus, and plenty of impulsion to get over the next two jumps.

With all that in mind, take a look at our five contenders, and then scroll down to cast your vote for the pair you think made the best effort over this tough A element. 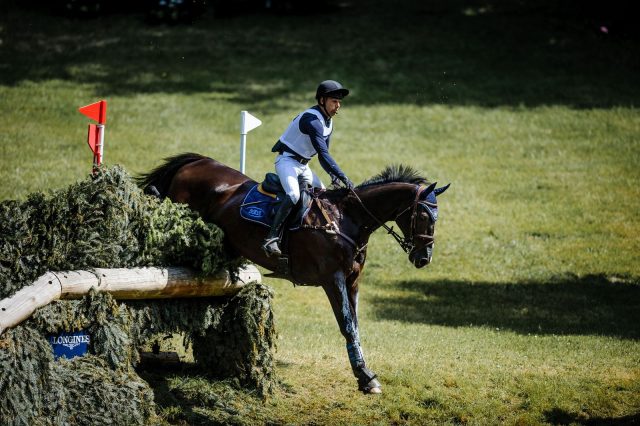 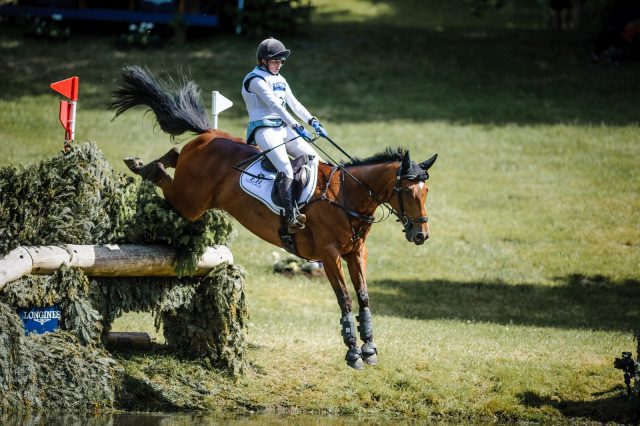 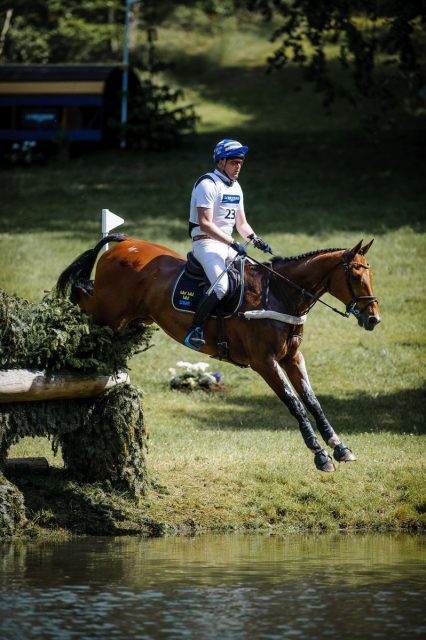 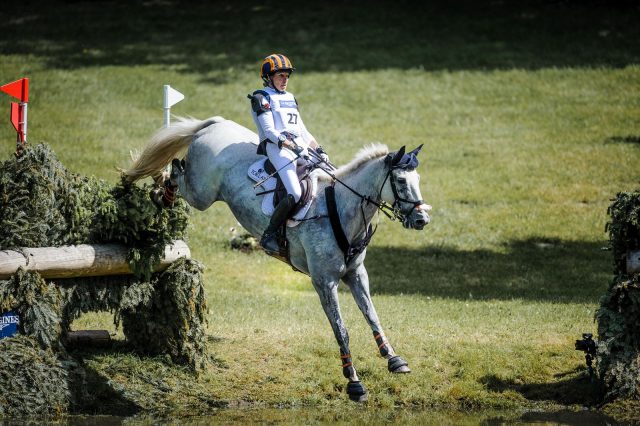 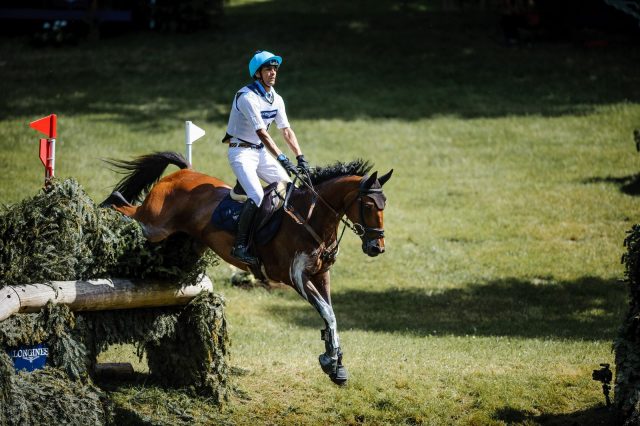