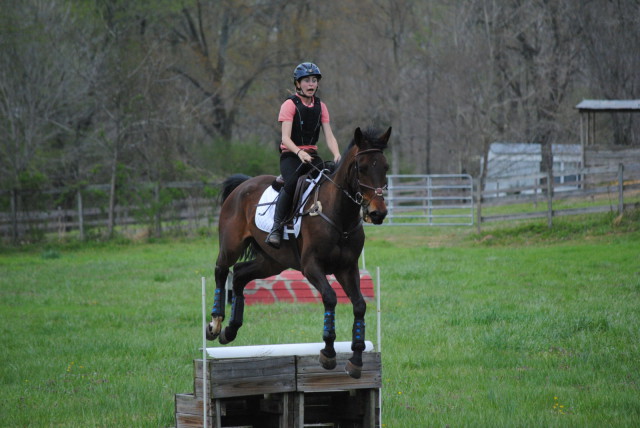 If only Mona were around to enjoy the pictures you entered in the Tredstep’s Make Mona Smile, Win Boots Contest, she’d not only smile, she’d snort that nice Italian red we’re sure she was sipping (how else would one sit and pose in Renaissance Italy?) right out through her nose. As they sifted through entries, the chinchillas were rolling on the ground laughing. Or taking dust baths. (Sometimes it’s hard to tell). They might have been doing both at once.

Anyway, now it’s your turn. Vote for the pic that makes you smile the most, and help a fellow EN reader smile as well as they zip up the luscious leather  Da Vinci Stretch Field Boots that won’t make them weep during a break in time — BECAUSE THERE ISN’T ONE! 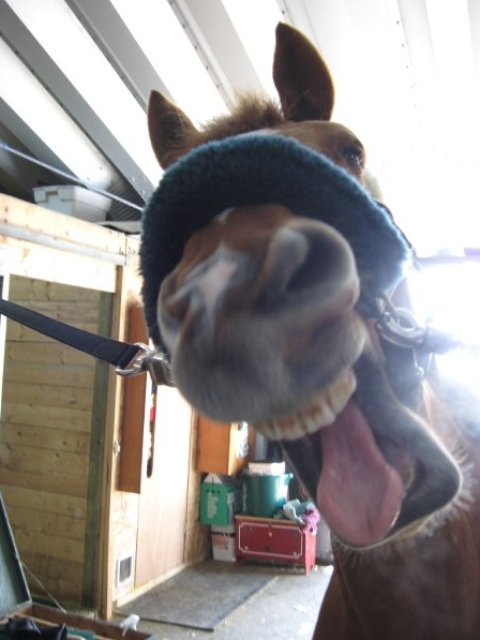 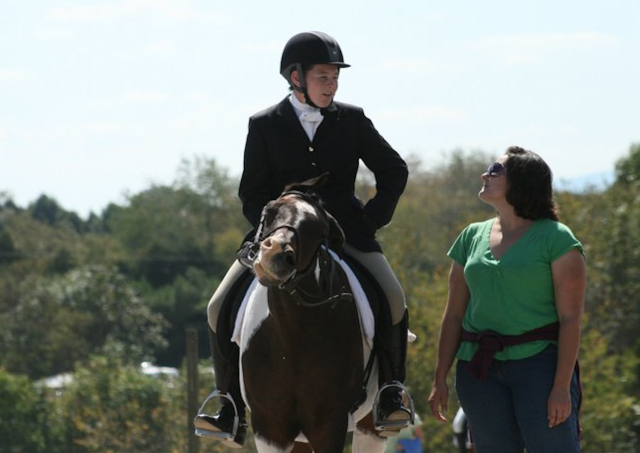 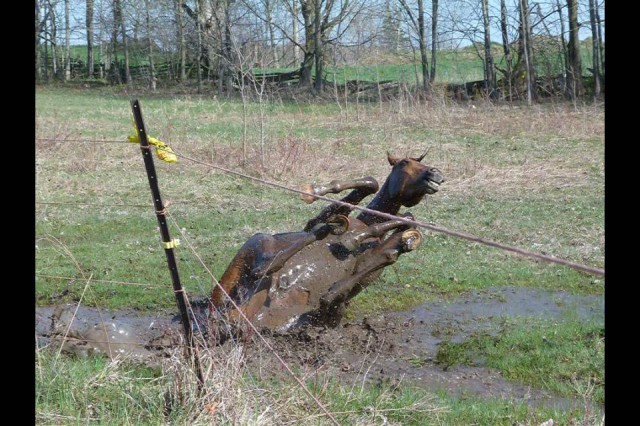 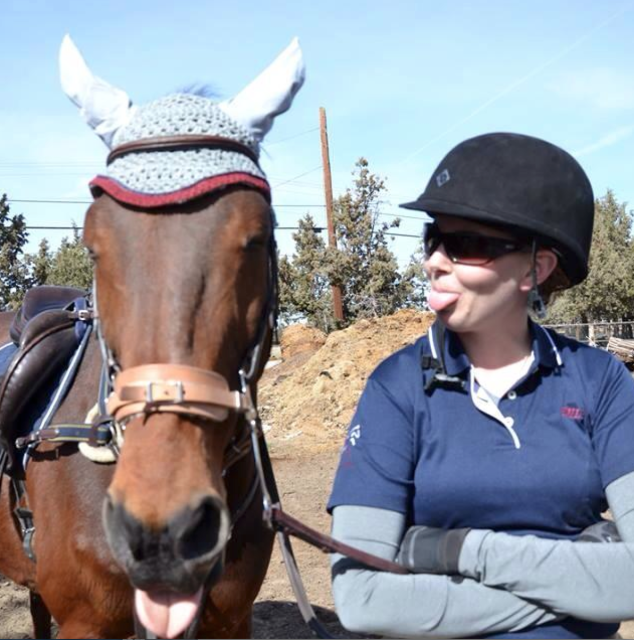 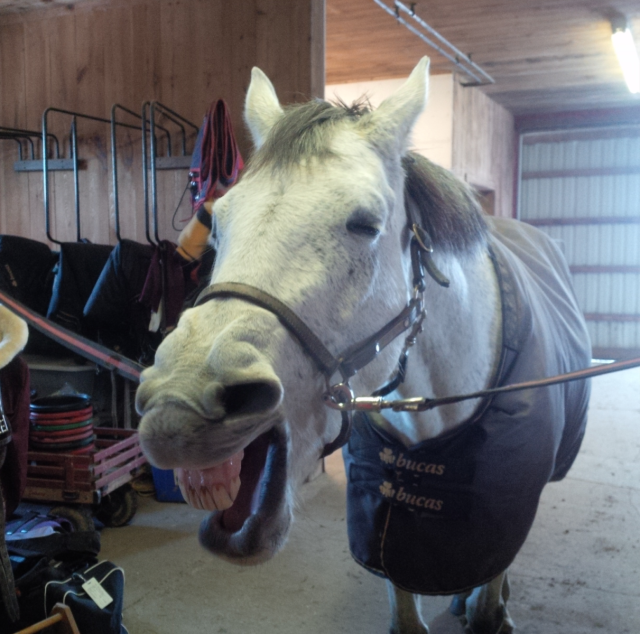 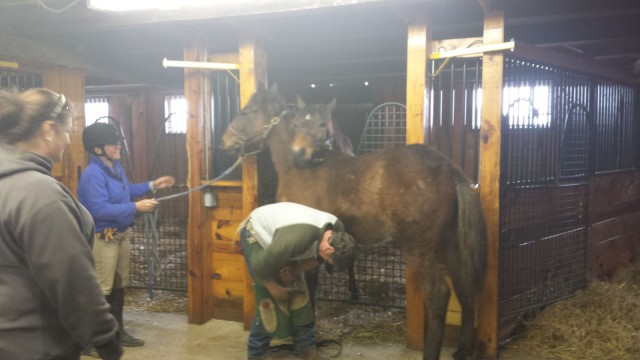 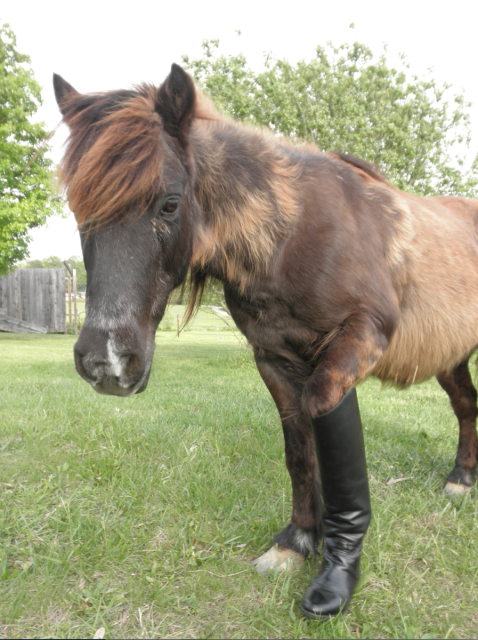 Wendy Schmitt’s senior shetland is half-shedded and half dressed. She says he’s wondering “Do these boots make my legs look short?” 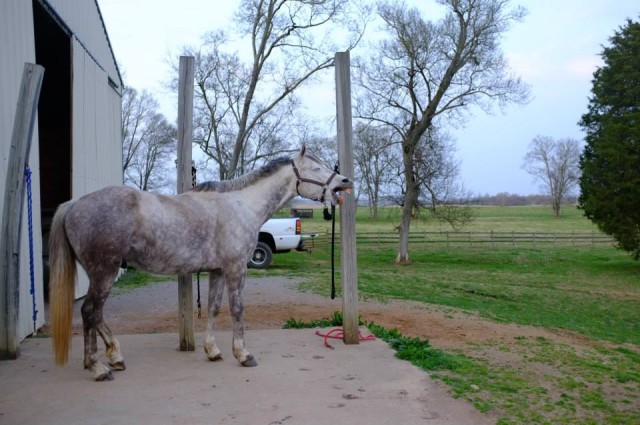 Myrna Crystal Daniels’s Vikram “making a face at me the last time I broke in a pair of tall boots.” 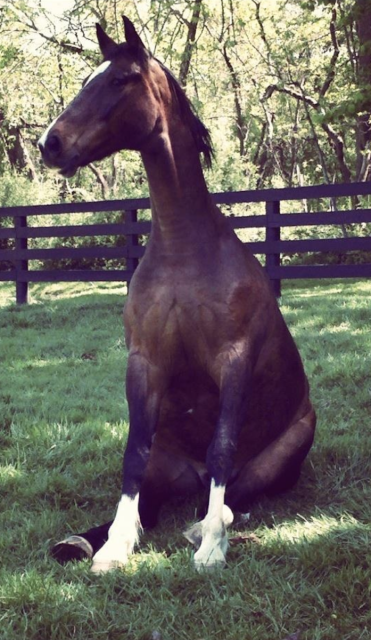 “Because how often do you see this?” wrote Ashley Harvey 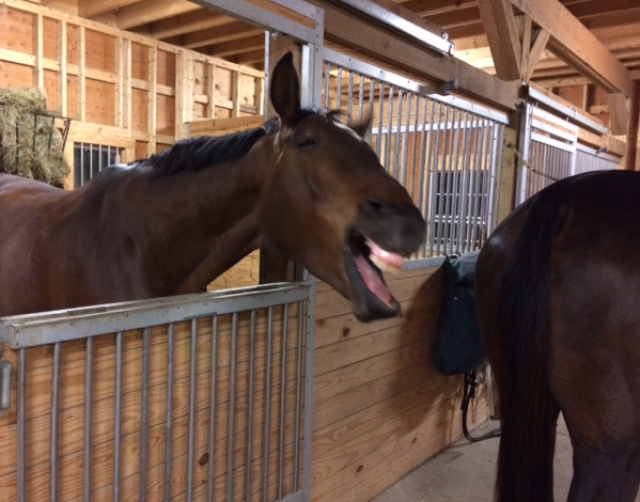 Erin Cheever’s Meeko, while his buddy’s being braided on cross-ties 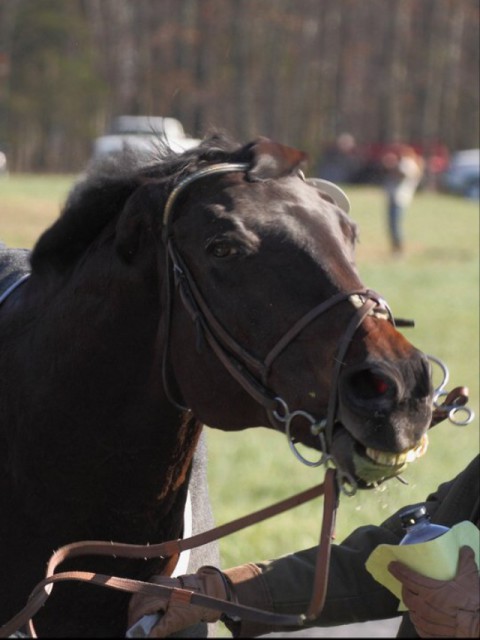 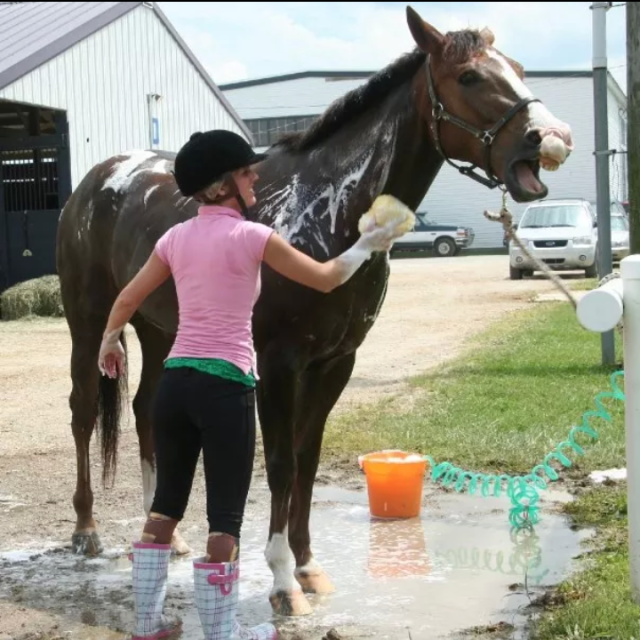 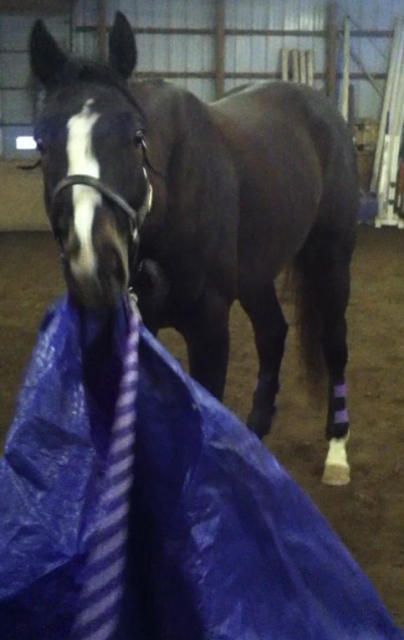 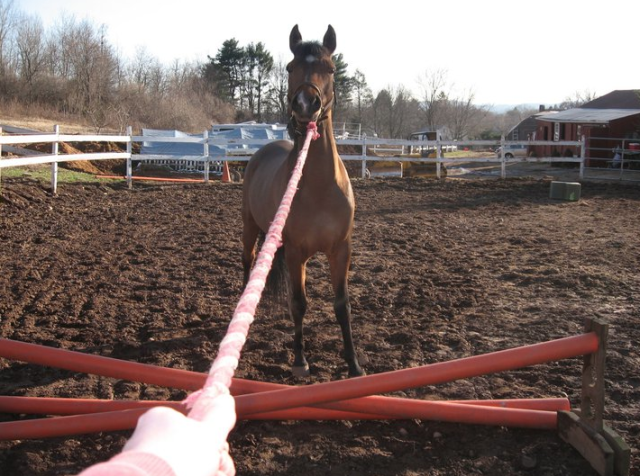 Liz Hocking said she couldn’t help snapping this the very first time she tried leading her horse over a cross rail. 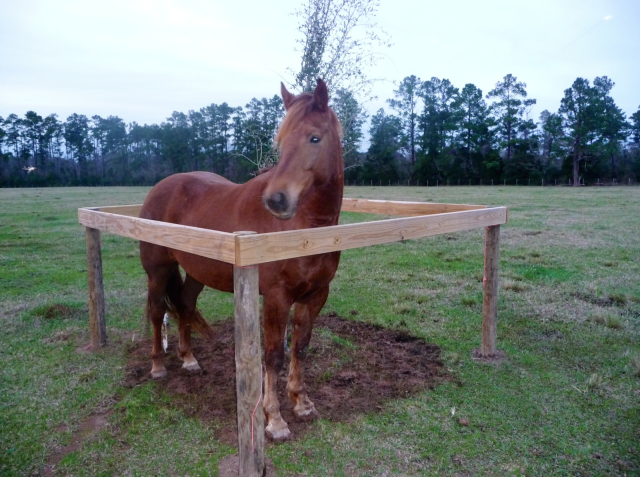 Diane McNelis snapped this pic of Super Nova and explains: “Here he has crawled under the fence protecting a young oak tree. Mind you, he’s in a 16-acre pasture with tons of grass. But this is where we found him when we got home.”

Vote for who captured the most smile-worthy spectacle.