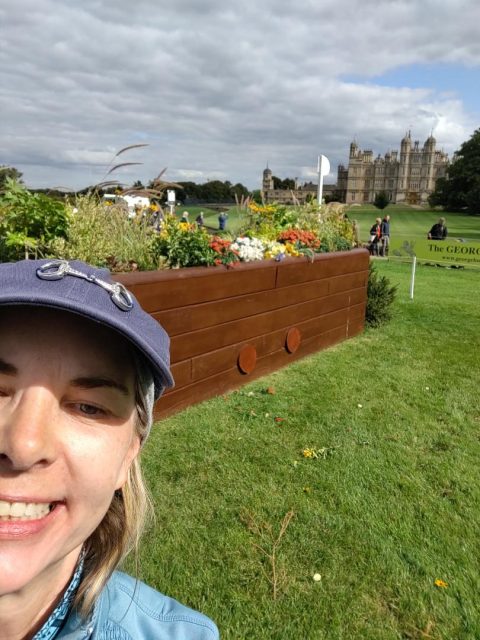 Previous readers will recall I joined the British Event Horse Owner’s Association (EHOA) in 2017 so I could join their Zip Travel group trip to the European Eventing Championship in southwest Poland. In 2018 I joined the EHOA group trip to the WEG in North Carolina. This year Zip Travel organized trip to the European Eventing Championship in Luhmühlen, Germany. I just couldn’t make it work with my schedule, but I did meet up again with EHOA members at the EHOA tent at the Burghley Horse Trials in Stamford, England (about two hours north of London). I was still really looking forward to Burghley as I’ve attended this event quite a few times since 2004. 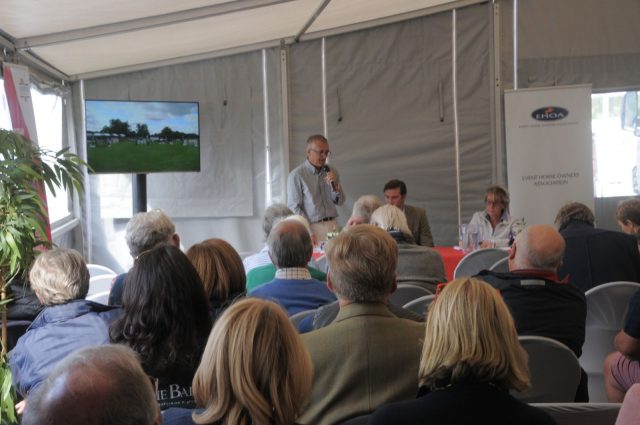 For many years I’ve been a writer/photographer for the Maryland monthly equestrian magazine The Equiery. Unfortunately, this year my Burghley press credential request disappeared into the Dark Web. When I e-mailed Carole to ask what happened to my press pass, she said there was no record of my application. This was an “OH, CRAP” moment because Savannah “Woodge” Fulton, from Full Moon Farm in Finksburg, Maryland, was going to be competing. Now I would have to purchase a ticket at the gate. I did actually personally appeal to Carole in the media tent, but she said they had so many applications this year that 30% were turned down.

But, I had another “OH, CRAP” moment when the British Airways pilots announced a possible strike on the day I was going to fly back from London Heathrow to BWI Baltimore. (There is a Facebook page called “British Airways Complaints.”) Thank goodness I didn’t need to even attempt to call BA Customer Service. I did receive a full refund fairly quickly. I re-booked on Air Canada for $800+ extra. I was scheduled to fly from BWI to Toronto to Montreal to London. The first flight was delayed because of restricted air space “due to an air show in Toronto.” About 15 passengers were concerned about their further connecting flights. We arrived in Toronto almost two hours late and still had to go through customs. I filled out the form which includes the question, “How many days will you be in Canada?” Answer: ZERO. 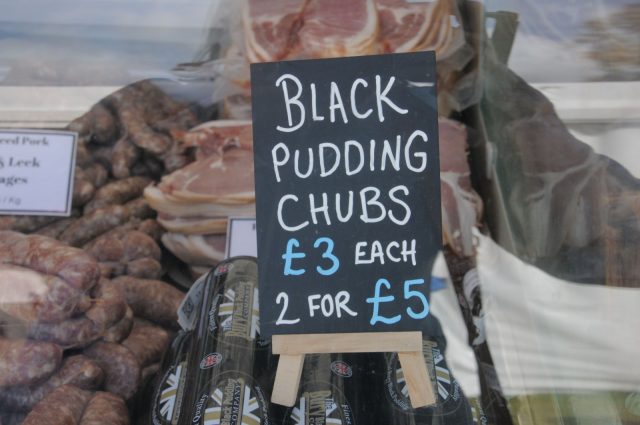 So, everyone misses their connecting flights and we all appear at the Air Canada Customer Service counter which has exactly two employees and 15 stressed out passengers. Those flying beyond London (or trying to get to Calgary) took some time to re-book. It turns out there was a flight from Toronto to London late that night so I was only about an hour late arriving in London. While waiting for my flight, I did send out a text, “I’m still in Canada.” There was just one couple who was struggling to re-book because they had arranged a river cruise, and you know that boat is not going to wait for you.

I arrived in Stamford, England, a few days ahead of the Burghley Horse Trials so I could visit Burghley house and gardens. For the horse trials, I joined the brand new glamping accommodation in the old walled garden on the northeast end of the Burghley property. (Take a right after the golf course). Everything was well done by a company that specializes in glamping at large outdoor events. A breakfast buffet was included and it was excellent every day. Of course, they also had a full bar and restaurant. Golf carts (“buggies”) were available all day for transportation to the event. (Burghley is a true estate including 2,000+ acres and lots of Stamford town properties.) 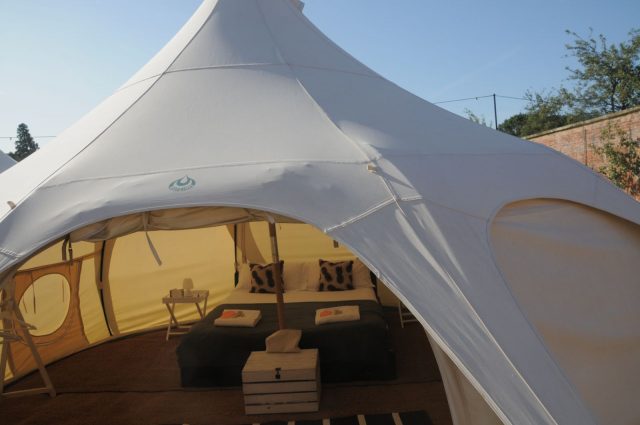 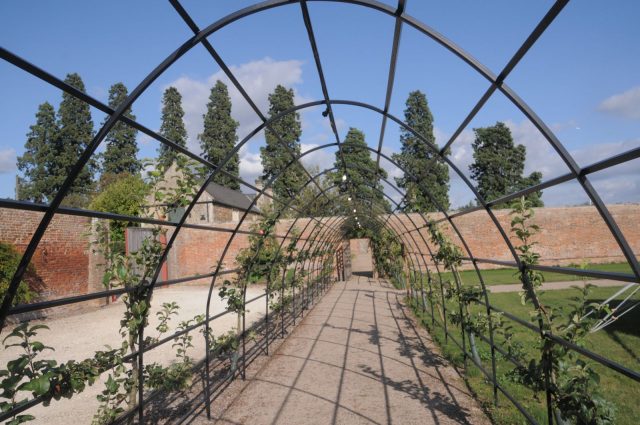 A walled garden at Burghley. Photo by Beth Collier.

Captain Jack and Woodge Fulton received a grant to go abroad and compete, based solely on merit. From the U.S. Eventing website: “The grants from the Wilton Fair Fund will be decided by the USEA Foundation with recommendations from the United States Equestrian Emerging Athletes Group.”

They had an amazing European adventure: March: Luhmühlen, Germany CCI3*; April: Strzegom, Poland CCI4*; May: Badminton, England CCI5*; June: Strzegom, Poland CCIO4*; August: Kronenberg, Netherlands CCI4* (winning 500 Euros = $550) and September: Burghley CCI5*. On Burghley 5* cross-country Captain Jack and Woodge had a big twisting hiccup at jump 20. I think one of her ancestors must have been a Pony Express rider from 1860 (“young, skinny, wiry fellows”) — both walked away OK. Like the t-shirt says, “If you’ve never fallen off, you haven’t ridden very much.” 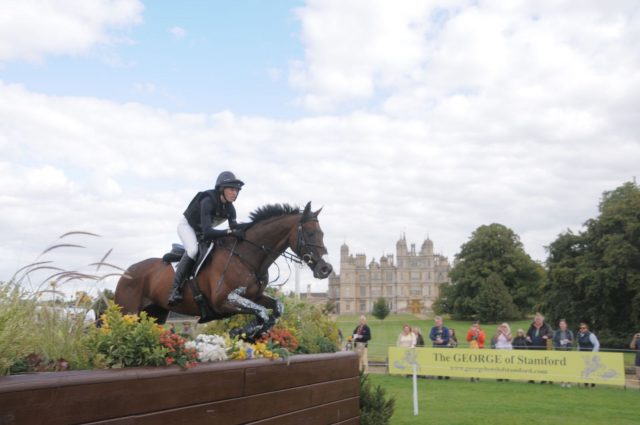 In May I attended the Badminton Horse Trials as press. Every weekend Shutterfly e-mails coupons for FREE STUFF. So, starting in May, I used my photos of Captain Jack for free Shutterfly mementos (you just pay sales tax and postage). I mailed a big box to Full Moon Farm in August. This includes several bags, placemats, notebooks, folders, stickers, coasters, luggage tag, metal ornament, shot glass, key chain and several plaques. I think a plaque is a great thank-you gift to those that made this all possible (including the U.S. Eventing Foundation).
AND — I am now the proud owner of a Full Moon Farm hat!