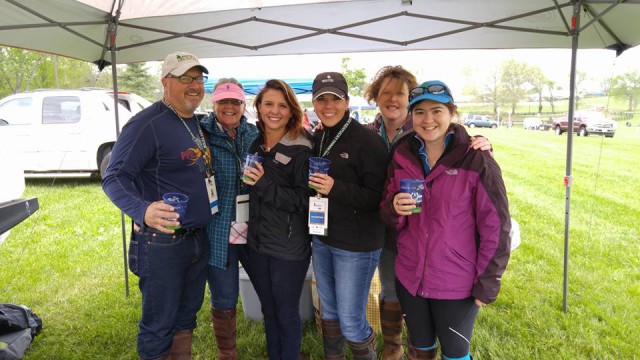 Round 1 Entry: Why Volunteer?

Our 2016 visit to the Rolex Kentucky was especially gratifying. After 10 years as spectators we decided it was time to give back to the sport we love. With a little prompting from EEI board member John Prather, my wife and I agreed to volunteer at RK3DE.

We have been attending the cross country phase for the last 10 years as a small part of our annual spring trip to Lexington. We started getting a tailgate space the first year that they were offered and have had one every year since. I don’t know what a spring without Keeneland and the Rolex would be like.

We met John Prather the year we forgot to buy ice for the cocktails. A nice volunteer came by offering assistance with anything to make our experience exceptional. We asked if we could buy some ice, she called someone on the radio. Pray showed up with ice, and lots of it. We have been friends with the ICEMAN ever since.

John was able to facilitate the most uplifting experience in my life. In the tailgate space next to ours was Brandon, along with his wife and in-laws. We had known them for about a year and a half before the accident that took 85 percent of Brandon’s eyesight. John had asked if he could do anything else to help with our visit. I put him to the test when I asked him if he thought the Land Rover people would be able to get Brandon driving, the one thing he really missed. 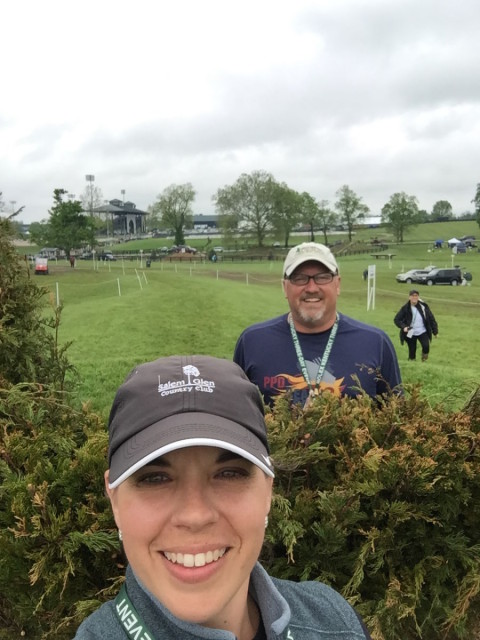 Twenty minutes went by when John and a small army of golf carts showed up and said lets go. Brandon’s family was in shock as was the rest of us. I was lucky enough to be able to ride with Brandon and the best driving instructor in the world. The little things we take for granted gave Brandon a new outlook on life.

After a few more years of being wowed by the hospitality of all the volunteers we decided throw our hats in the ring. We were assigned to guest services, which was kind of a catch all. We put up temporary fencing, as if that would keep eventers from trying to jump the creek, and save a few bucks for future lessons.

We hauled trash, we shuttled people to all areas of the horse park, we even got to give one family a personal tour of the cross country course. While out on that tour we got to meet Bunny Sexton, who took the time from her course walk to explain the options at Land Rover hollow to those of us trying to figure it out. Another reason why eventers are the best.

On Friday evening after shuttling an elderly woman to the far reaches of general parking, I headed back in. That’s when I encountered a nice couple heading into the park with a suitcase in tow. I picked them up and headed to the other side of the horse park parking lot. That’s when I found out that someone had driven all the way from Chicago without their suitcase, but was able to get another eventing junky to bring it down for them. I dropped them off at their car, a Mini Cooper with a tag that read TACK BOX. You have to love equine sense of humor. 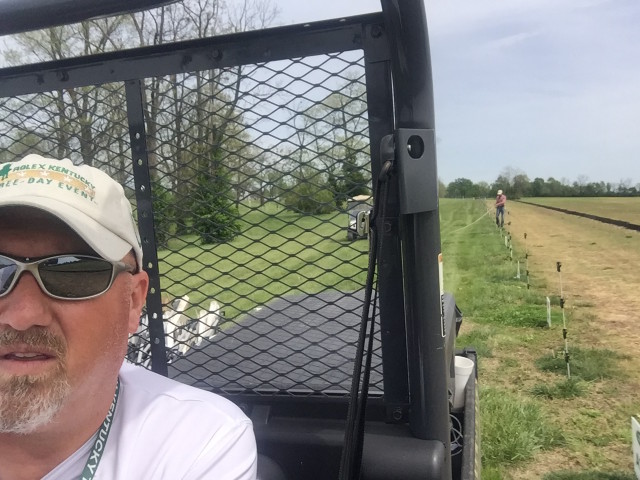 I will say I was grateful for not being on the team that was called on multiple occasions to clean up where someone had been sick. I am sure that there are other not so glamorous volunteer jobs out there that go unnoticed.

Eventing has afforded me the opportunity to meet some really cool people. Sure there was the photo op with William Fox-Pitt, and meeting the voice of Rolex (who’s name escapes me). Being introduced to Bobby & Danica Meyerhoff, as they moved their operation back to North Carolina via a stop at Rolex, was a highlight of 2015.

However, the real heroes of eventing are the you and me, who volunteer to help bring an event to fruition. Whether you volunteer at a local schooling horse trial, or at an international event get out there and volunteer. Having competed and volunteered I can say both are very rewarding. So go eventing or go volunteering but GO!!!!