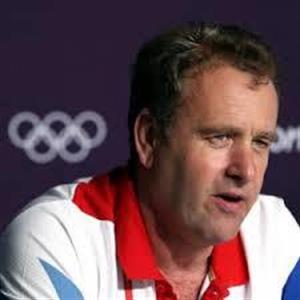 Will Connell. Photo via USEF/TeamGB.com

Will Connell, the current British Equestrian Federation Performance Director, has been named the new USEF Director of Sport Programs after an extensive search to fill the position, the USEF announced this morning.

Will has served in his current role with the British Equestrian Federation since 2003, coordinating the UK Sport-funded World Class programs for eventing, dressage, jumping and para-equestrian dressage.

He replaces Jim Wolf, who resigned from his position as Executive Director of Sport Programs on Dec. 1, 2013, to form Wolf Sports Group LLC, a marketing and event management firm.

“The addition of Will Connell to our team as Director of Sport should be seen as a clear indication of our intent to provide our athletes every possible opportunity to excel at all levels of our sport,” USEF CEO Chris Welton said in a statement.

“Will’s accomplishments in building and sustaining championship caliber teams are without parallel. His success arises from his ability to create and implement a plan for bringing together all of the elements required for success in equestrian sport — from riders and horses, to owners, coaches, and trainers. We are thrilled to have Will on board to lead our efforts to ensure that all of our athletes have the opportunity to perform and achieve to the best of their ability.”

In his new role, Will assumes responsible for the administration of all aspects of sport programming across the USEF’s eight international disciplines, nine national disciplines and 11 breeds. He will also collaborate with and lead the USEF Discipline Directors, as well as serve as Chef de Mission of the World Equestrian Games, Pan American Games and Olympic Games.

“My eleven years with the British Equestrian Federation’s and Team GBR’s World Class Programme has been challenging and rewarding. Equestrian Team GBR has enjoyed a number of successes over the last few years which have provided me with fantastic memories,” Will said.

“I now look forward to working with the USEF, riders, owners, staff, and all involved in equestrian sport in the U.S. I have a great deal to learn and look forward to tapping into the vast array of equestrian knowledge and experience that exists within the United States. It will be an exciting challenge.”

Will’s official duties with the USEF will begin after the World Equestrian Games, as he will stay on with the British Equestrian Federation through Normandy. He is expected to join the USEF full-time in October.

USEF: Will Connell Named as USEF Director of Sport Programs