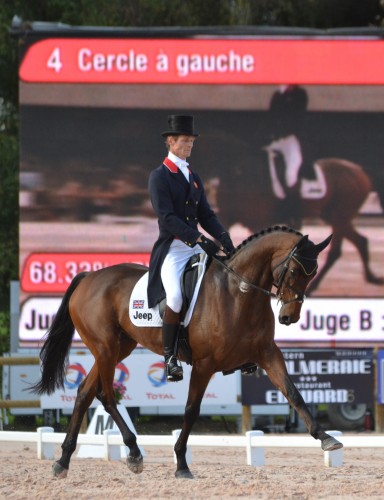 William Fox-Pitt held the lead for almost the entire first day of dressage here at Les Etoiles de Pau, and he bested his score from this morning as the second to last test of the day with Seacookie TSF, taking the lead on 41.5. Seacookie finished second at Rolex this year behind Andrew Nicholson and Quimbo, who were the final pair to go today and are tied for second place with William and Neuf des Coeurs on a score of 43.2. Pau is already shaping up to be a showdown between William and Andrew, who each have another horse still to go tomorrow. Andrew rides this year’s Luhmuhlen winner as the second-to-last horse on the second day of dressage, and William rides Cool Mountain, who won Rolex in 2010 and placed second individually at the 2010 WEG, as the final horse of the day. 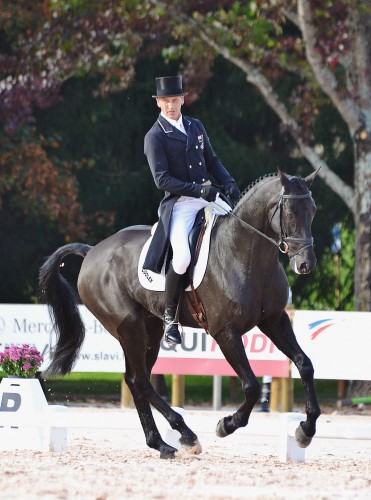 Pau is the Super Bowl for French riders, and many are here this weekend contesting their first CCI4* event or with horses that are new to this level. Maxime Livio stole the show today for France with Cathar De Gamel, a 12-year-old Anglo-Arabian gelding that tried his little heart out in his CCI4* debut, scoring 44.8 to sit in fourth place overnight. And the next notable ride of the afternoon came from — drumroll — Hannah Sue Burnett and Harbour Pilot, who scored 45.7 to tie for fifth place overnight with Andreas Dibowski and FRH Fantasia. Hannah Sue has been working through a naughty streak with William, and I thought he looked much more relaxed than when I last saw him at Plantation Field. Bravo, Hannah Sue! 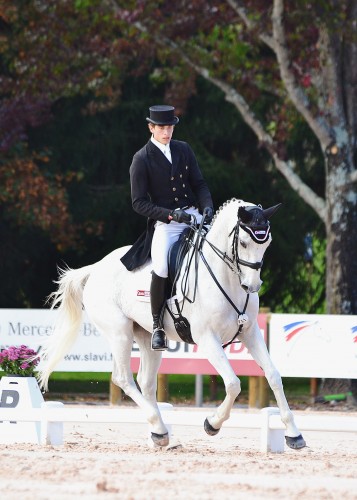 I interviewed Hannah after her ride, so I’ll be bringing that to you shortly, along with lots of pictures from her test. Clark Montgomery and Universe also went this afternoon for Team USA, scoring 52.0 to sit in 13th place overnight. This year has been all about helping Buzz work through his tendency to tense up in the dressage arena, and he’s had mixed results. The horse was very tense at Badminton — granted, a rearing horse scared him in warm-up — and then more relaxed at Aachen, where the horses did dressage in a more insulated stadium-type of atmosphere. The stadium here at Pau isn’t huge, but it’s certainly still a lot to take in for the horses. The horse is a super mover, and he’s going to be incredibly competitive once he learns to work through the tension. Chin up, Clark. 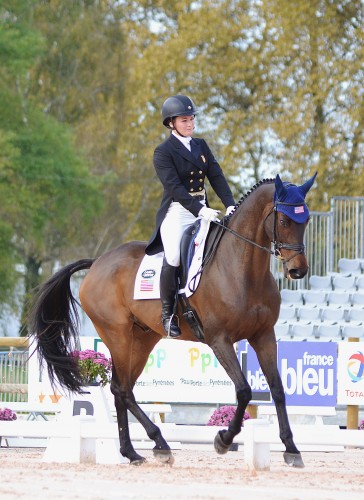 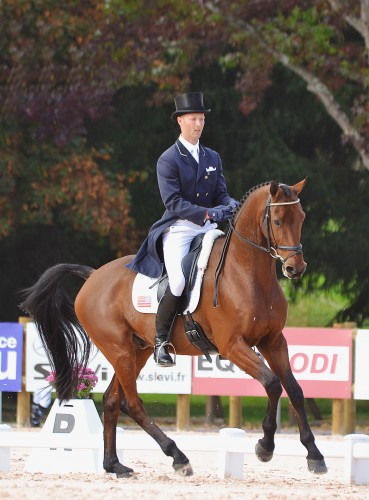 It’s been another beautiful day at Pau, with temperatures almost too warm at points. People are milling around in shorts and tank tops and tanning themselves next to the dressage arena. Kate and I still have much more to bring you from Pau, including our very own personal press conference with William Fox-Pitt and Andrew Nicholson. Kate is uploading all of her fabulous photos to Facebook throughout the day, so be sure to like Eventing Nation on Facebook and keep checking back there. Also, I’ll be tweeting scores for all the of Team USA and Canada, so follow me on twitter @jenniautry. Stay tuned for much more from Pau. 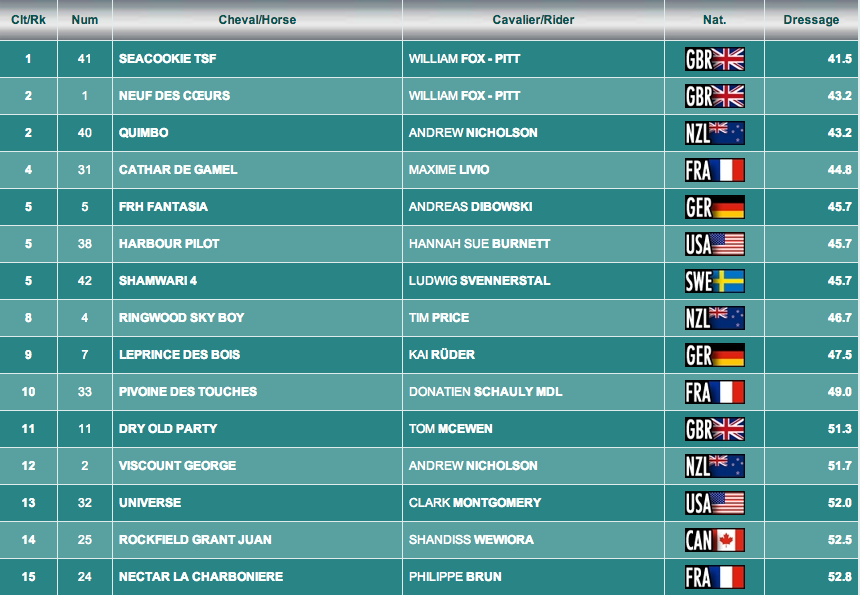