Thanks so much to Laura Szeremi for bringing us a three-part series on Willam Fox-Pitt’s recent clinic in Ocala. Check out Laura’s blog, Tales from a Bad Eventer (editor’s note: Laura is actually quite a GOOD eventer!) and stay tuned for the third installation featuring the cross country day. If you missed part 1, featuring dressage day, check it out here. 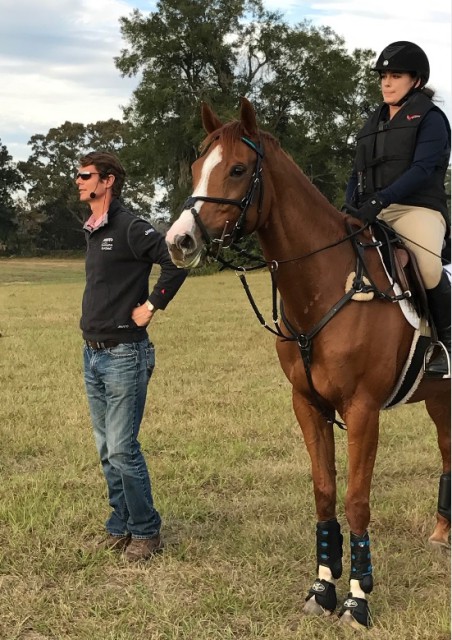 William Fox-Pitt started the jumping sessions with a discussion of … wait for it … fitness.

I was thinking how true it was. Before I traipsed off to become the world’s oldest working student, I really had no idea how many of my past Bad Eventer moments had lack of fitness as a piece of it. I have always been active and was never an all out slug so I didn’t realize just how over the top fit you actually need to be for this sport. 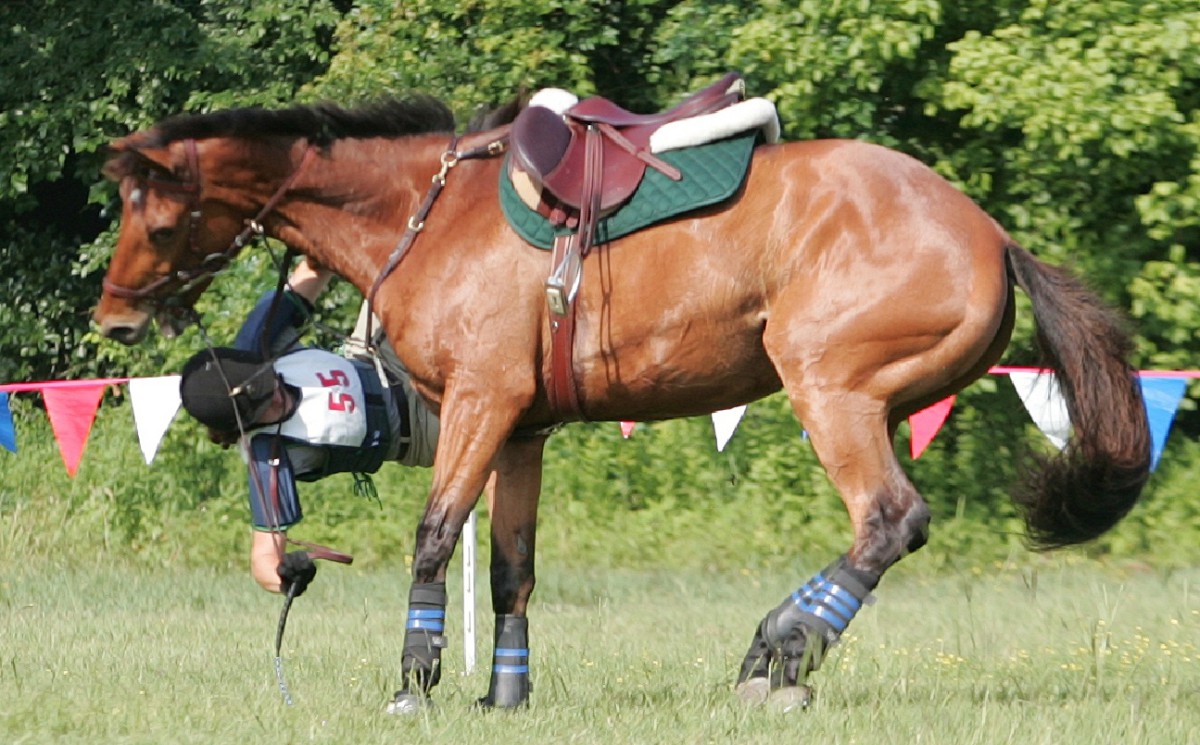 William started the jumping lessons discussing fitness, core body strength and how the best riders are still over the fences and still on their horse. You can’t be still if you aren’t fit and if you’re not still you are wearing your horse out trying to stay under you.

Next he spoke about some basics that he focuses on. Your horse needs to be straight and needs to jump evenly off both directions; he mentioned how important it is for them to be ambidextrous and what a handicap it is if they aren’t. He said it’s easy to drift around and let them jump crooked and stay on one lead at home, but you have to be definite, straight and even. Sound familiar? His “no grey areas” rule was introduced during the dressage lessons and he carried it through to his jumping instructions.

Next he discussed rhythm, and said he tries from the very beginning to establish a rhythm right in the warm up. He did say that’s often a challenge due to space constraints in the warm ups.

You’re probably thinking this is all pretty universal: fitness, straightness, rhythm, yeah yeah yeah. And here is where it got interesting.

He explained his philosophy about jump training, explaining that he believes in variety, keeping it interesting and being what he called “relaxed about striding.”

“With event horses, at most you jump once a week, so sometimes I like for a session to just jump from the walk, one session I will only jump from trot, maybe for another session I’ll just trot a few skinnies. You shouldn’t always do course work, you shouldn’t always canter fences. Trotting and walking fences is important for horses to learn to sort it out. We don’t like trotting fences because invariably when it goes wrong or we fall off it was from trot. But trotting fences forces the horses to figure it out and if they kneel on a small oxer from trot they learn something. If they kneel on a 4-foot oxer at a show they don’t learn from that.” 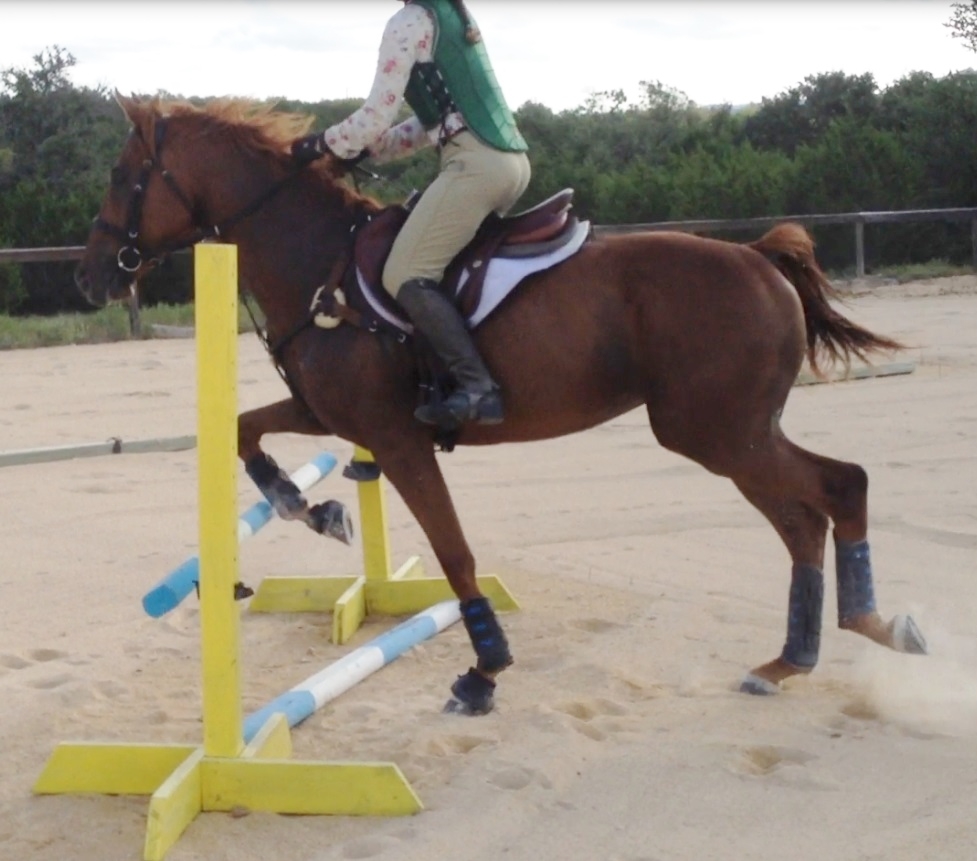 Next he went on to discuss how he is “relaxed about striding.” He asked, “How many rounds do you see at shows with perfect strides? None! So when we practice I want to produce a variety of distances, I want them deep, then off, then long, they have to learn to be relaxed about striding and taking off from anywhere.”

Let me tell you. Having just parted with a horse who was not even a little bit “relaxed about striding” (blog on the way called “Oil and Water” ) this was music to my ears. 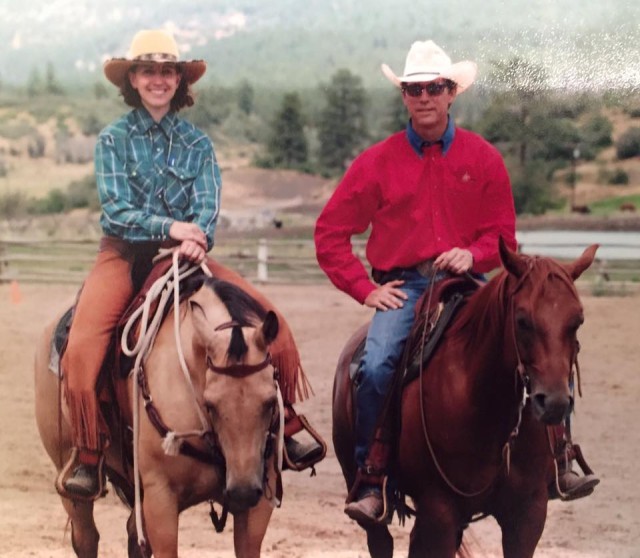 Though reining couldn’t be a more different sport from eventing Craig’s philosophy was the same. You aren’t always going to ask at the perfect time for something (like a flying change), and things at competitions aren’t going to go perfectly so your horses have to learn to have responsibility.

He had us do lots of exercises where we didn’t set the horse up perfectly, he actually called perfect riding a form of “micromanagement” and we did specific exercises he called “riding badly.” I remember one lesson in particular where he rode around the group calling out, “I know you can ride worse than that!!! Show me just how badly you can ride!” It was a powerful lesson and I actually got more out of my reining horse that day than in the six months before. It’s like it switched on an idea in his head that went something like, “Oh wow, I better take care of this idiot!”

OK, back to William Fox-Pitt and jumping. His comments really echoed Craig’s and he explained that the horse has to have independence, responsibility, and tolerance for a variety of distances because you’re going to mess up and the horse has to be able to cope.

He started with the riders and horses trotting a crossrail, then moved on to trotting some small verticals, and then trotting 2-3 small verticals in a row. He focused on the horses being straight, and approaching from each direction. Once everyone had been sufficiently introduced to jumping at the trot, he moved on to cantering a few fences.

Here he continued his theme of letting them make small mistakes. He said to “create a canter and go with it so you’re not increasing or decreasing. Wait for the jump to come to you. Life doesn’t happen in one stride, don’t move and panic to be in that deep forward spot every time, you WANT to get a variety of striding!”

This reinforced through each lesson with additional comments such as, “Think about the canter not the striding — I don’t mind if you miss!”

As he moved on to course work he discussed some philosophy about related distances. He said, “The golden rule is that you have the first half of the distance to organize and the second half to ride it. If you’re still trying to make changes in the second half it’s too late and you’re horse is more likely to make a mistake because you’re interfering too close to the jump.” 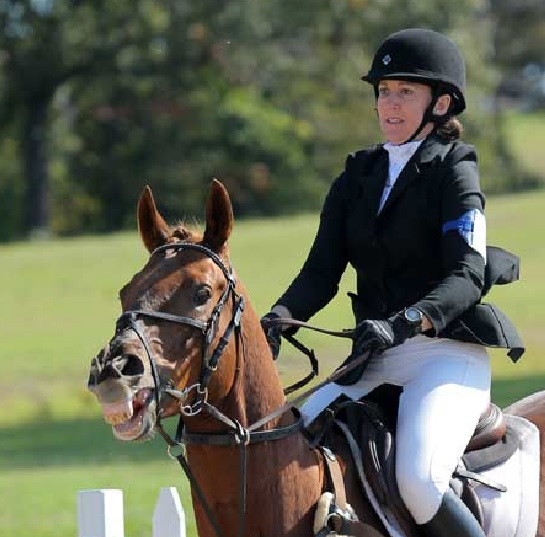 One discussion in particular was interesting. A rider who had just missed pretty badly at a large oxer by creeping up to it was explaining how they have a harder time seeing a distance when turning to the right. William’s reply was “You probably shouldn’t even know that! The reason distances are harder to the right then left is because he falls through the turn. Stop thinking about the distance, work on the turn, GO through the turn and kick him and GO, stop waiting and looking.”

He went on to comment later, “You’re thinking too much about him being bad on one rein, you need to just energize him and get on with it.”

As the jumps got larger (and for the riders competing at Advanced) he did demand some better decision making. One rider jumped into a four-stride line pretty badly but then just cruised on down the line, missing at the out. William’s comment was, “If you get a bad shot in you have to deal with it, you can’t just carry on. By adding you give confidence but if you chase him down in four and a half he thinks you’ve gone mad!”

He had them do some interesting bending lines and noted quickly that all the riders wanted to make the turns too tight and were leaving out strides. He said it was a common error, “we all want to snatch and take a tight turn, everyone needs to jump the first jump, then breath out and think CHILL as we turn to the next fence.”

One rider cut the turn so sharply that he stood in the way and had her go around him. This was really entertaining as he said things like, “Relax, you don’t have to give me miles, just go right around me!”

In her defense Bad Eventer would have “given him miles” too, as all I could think of would be the Horse & Hound article, “William Trampled at Clinic in the U.S.”

All the riders finished with some full courses and he had each make some adjustments based on their horses needs. Some riders had to kick on, energize and “create a fire in their belly.” Others had to “land, control, ride” because their horses were getting what Wiliam called “onward bound.”

He also mentioned his number one priority throughout, which is … you guessed it … connection.

He said the horse has to give you a good feel down the rein and the horses that were too backed off. He had the riders kick them on until they could hold the rein in “that good handshake” like he discussed at length in the dressage lessons. There were also several bit and rein changes as he’s not a fan of any bit that doesn’t let you hold enough for that solid feeling (gags, three-rings, etc.) He said if you’re going to ride with something like a gag you absolutely need the snaffle rein as well so that you can still have a good connection.