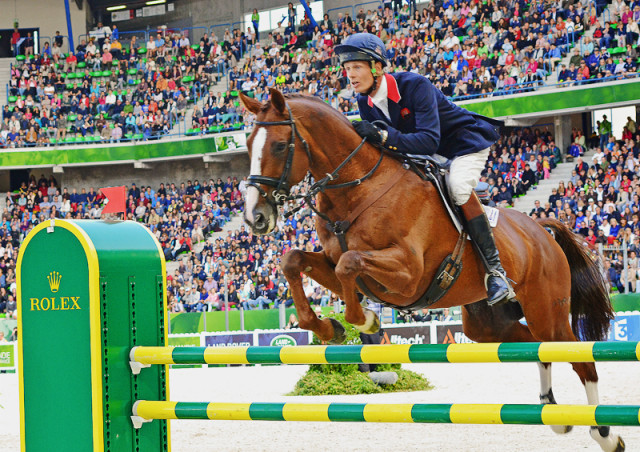 After a fall at Le Lion d’Angers last autumn, the world watched, waited and hoped for good news for William Fox-Pitt. Several weeks following the accident, which left him with an unspecified head injury, he was released from the hospital and returned home.

Just before Christmas, we received the great news that he was back in the tack, and now SH Productions has announced new dates for his California clinics, originally slated to be held this month.

“Having William come to California is a continued development in the sport and the equestrian industry for the west coast of North America,” SH president Scott Hayes said in a press release. “Following a successful two-day clinic with William Fox-Pitt in 2015, which was held in Canada, it seemed only appropriate to have him return to the West coast in 2016. I look forward to bringing many more elite athletes to the West coast and other parts of Canada in the years to come.”

The clinics will be held on October 29-30 at Dragonfire Farm in Sacramento and on October 31-November 1 at Sweet Oaks Ranch in Temecula. Tickets are available for purchase and a schedule of rider groups will be released as the event nears.

The U.S. is thrilled to welcome William back to our side of the pond, and we continue to wish him well in his ongoing recovery.