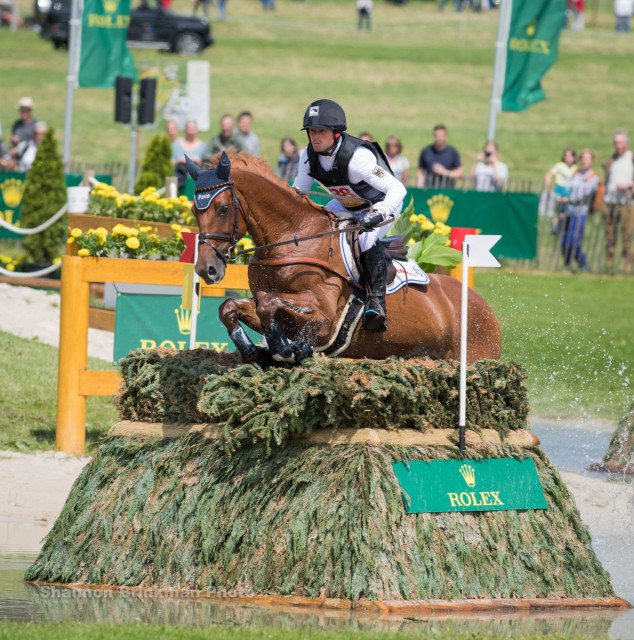 Riders like Michael Jung and William Fox-Pitt have shown what a truly balanced position should be and how the training for the three phases can be totally complementary rather than antagonistic. Photo by Shannon Brinkman Photography.

For all my life I have always been part of the equestrian examination structure, being a proud Pony Club A tester, a fellow of the British Horse Society and a qualified tutor and coach educator for Horse Sport Ireland. But the problem with examinations, particularly those linked to a fixed system, syllabus and manual, is that they are often restrictive, being unable to offer training routes for those that do not fit the mould, or cope with individual brilliance and new ideas.

When well used, examinations can be both motivating and a valuable assessment and quality control tool, but when badly used, they can become a straitjacket and negative influence on performance.

The Most Successful Riders in the World

Are examination administrators and advisors looking at the best riders in the world?  There is much to see. Carl Hester and Charlotte Dujardin have broken the mould in dressage with regard to greatly increased levels of acceptance and harmony, and paying increased attention to guarding and developing the natural outline and paces of the horse.

In eventing Michael Jung and William Fox-Pitt have shown what a truly balanced position should be and how the training for the three phases can be totally complementary rather than antagonistic. Finally, in show jumping Nick Skelton, Rich Fellows, Beezie Madden, Meredith Michaels-Beerbaum, Eric Lamaze, Kent Farrington and many others have also shown that the old-fashioned, European, heavy-seated show jumping balance is on its last legs and forward riding is king.

For good measure the total brilliance of Andrew Nicholson and Philip Dutton, riding across country on numerous horses over the last 30 years, has set new standards for cross-country effectiveness. I would suggest that their techniques are quantifiable, measurable and repeatable, but as both, to some degree, are mental mavericks and out of the established training loop, they are written off as freaks, exceptions that do not obey the rules and cannot be copied.

On the contrary I believe that all these riders are also brilliant role models, but sadly I see their various influences being slow to be reflected in the manuals and dictates of the modern equestrian examination and coaching structures. What is required by those running these structures is a different attitude of mind, not only more open but also more imaginative and flexible, and one that has a better balance between the theoretical and practical. Less theoretical and more practical.

To explain better what I mean here are three examples from three diverse non-equestrian worlds: publishing, sport and university education.

The Spectator magazine is both a British institution and a publishing superstar. On a weekly basis it specialises in right-wing politics and culture from all mediums. Having been first published in 1828, it is the oldest continuously published magazine in the English language. It is a success story, with more than 4 million paid readers online and weekly sales of more than 75,000.

The magazine is particularly known for the quality of its writers and famous editors, but what is so remarkable is that The Spectator has a no-CV policy. They hire and accept interns on aptitude tests alone. Fraser Nelson, the current editor explains: “Frank Johnson, an outstanding editor of The Spectator in the late 90’s, had very little formal education, and it’s in honour of his memory that we today recruit on ability alone. In journalism all that matters is whether you can do the job.”

I would suggest that this actually applies to most activities. All that really matters at the end of the day in business or sport is can you do the job. Although to some extent this devalues qualifications and contacts, in no way does it devalue training and education; rather it just widens the scope and timetable of how that education and expertise is achieved.

In fact if the acid test is ‘can they do the job,’ it increases the value of training and education that has a specific focus on ability and experience, rather than the performance straitjacket of often misleading examination results and the influence of family and friends.

This summer my eldest son, Leo, was in the Irish team for the World Junior Ultimate Championships for ultimate disc/frisbee) in Poland. Without doubt it was my personal highlight of the year so far. With more than 40 teams and 1,000 athletes, it was a hugely competitive tournament with very high levels of fitness, skills and teamwork required.

It is also very popular, being a truly worldwide sport, with currently more than 55,000 registered players in the USA alone. (This compares well with the current USEA membership of just over 12,000.) The open tournament was won by the USA and the women’s tournament by Canada.

In addition there is a greatly prized tournament Spirit Award to reward those who play by the rules and show good sportsmanship, and this Spirit Award is decided on by all the players themselves rather than by outside officials. Without doubt the spirit that this World Championships were played in was exceptional with real mutual respect and support. Even at key moments near the end of very competitive close games, the self-refereeing process worked well.

The fundamental reason why this works so well is that each and every player is respected as an individual and is given the responsibility to sort things out rather than create conflict. They have no straitjacket. It is a mindset that could work well in so many areas of our lives and conflict situations, even with relationships between countries.

This respect for individuals and empowerment of individuals should be a key part of coaching horse riding and training coaches. We need to understand and put into practise that learning is best achieved by those who are actively involved, taking responsibility for their own learning and themselves.

Applicants to the world famous Oxbridge universities in the UK are also finding that examination results are not enough. The director of admissions at Cambridge University, Dr. Sam Lucy, says: “Everyone applying to us has a strong record at school, and it can be hard to distinguish between them on paper, so interviewing and testing helps us to identify the ones with real academic potential.

“Contrary to popular belief, potential undergraduates are assessed on what they say rather than how they look. (Oxbridge hopefuls are just as likely to be accepted if they turn up wearing jeans and a T-shirt rather than a smart suit.)  We are looking for people who are extremely enthusiastic about the subject they are applying for, and have got the right aptitude, attitude and prior knowledge. Interviewers are not necessarily looking for the right answer but one that shows innovative thinking.”

She also says that “companies offering advice to help candidates with their entrance interviews were a waste of money.  Applicants are often stopped if they turn up with scripted answers.” So why are equestrian students often encouraged and trained to produce identical, scripted and prescribed answers and methods in equestrian examinations?

We need to get rid of this approach. It produces clones, keeping the student passive or even subservient, which is nothing but a straitjacket to their progress and allows a proliferation of regimented and often old-fashioned ideas.

The real test of learning is not an examination result but the result on the scoreboard or in the sales figures, the result in the customer satisfaction levels or in the financial returns.

It is important to recognize that many students are exceptional in small areas, despite the fact that they would be unable to pass an examination on a larger range of skills and subject matters. As I often say, a good idea has to give way to a better idea, but these better ideas often come from the students themselves. This attitude releases a performer from the straitjacket of fixed ideas and negativity and releases them from being spoon-fed and unable to stand on their own feet.

Finally, work on the attitude. To get the right results both on the scoreboard and on the faces of the students comes primarily from the right attitude of mind. Part of this attitude is all about ‘having another go!’, as discussed in my last article.

Simplicity is at the heart of the attitude of mind, the philosophy, that leads to special achievement, particularly with horses and young people, and I believe it is the key quality of all those riders I mentioned earlier. It is the ultimate key to releasing yourself from the training straitjacket.