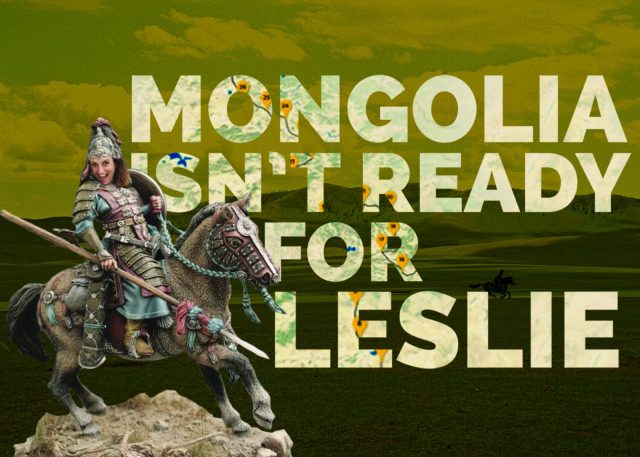 Mongolia might not not be ready for Leslie, but Leslie sure is ready for Mongolia. I’m here, I’ve had approximately six hours of sleep in the past 48 hours, and I’m ready to party. Or just take a nap. The jury is out.

My Knoxville-Chicago-Beijing-Ulaanbaatar flight arrived shortly after midnight on Friday. 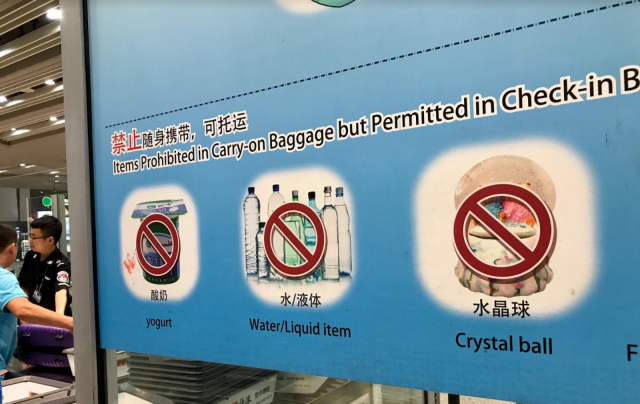 Field notes from the Beijing airport: Crystal balls permitted in check-in luggage only. I can’t believe they confiscated mine. I thought I was going to have the Derby betting pool on lock!

Ulaanbaatar is Mongolia’s capital city, and not unlike The Hunger Games we were all instructed to meet up here for pre-race training. I couldn’t wait to intimidate the competition with my secret skills, like shooting an apple out of a pig’s mouth. Or a reindeer’s mouth. Or a yak’s mouth? Whatever it is they’re into here.

Unfortunately for the resistance, all I could muster on Saturday was a field trip to the state department store with a few of my fellow tributes. It was the Mongol version of a mall, except that instead of Bloomingdale’s and Nordstrom there were more, uh, “primal” offerings. Bonus: it’s super fun to go shopping here because 1 USD = 2,500 Mongolian Tughriks, so even if you’re just spending $3 you feel like a high-roller.

Liv Wood, the Katniss of Canada, really wanted a wolf skin rug for her bathroom, so we hit up the fur department first. 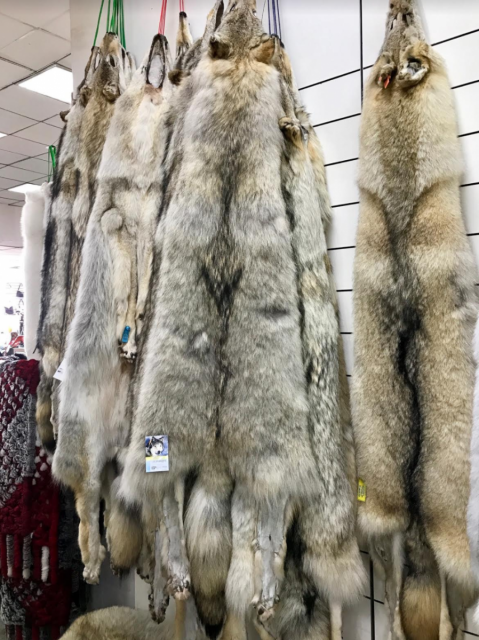 “So. Much. Death,” bemoaned Pixie, a tiny blond gal from London whom we all feel sorry for because British Airways lost all her luggage.

Liv shook her head, defeated. The eyeball holes, the ratty ears, the big dead paws … she just couldn’t do it. It was too much.

They did, admittedly, have some cool hats tho. 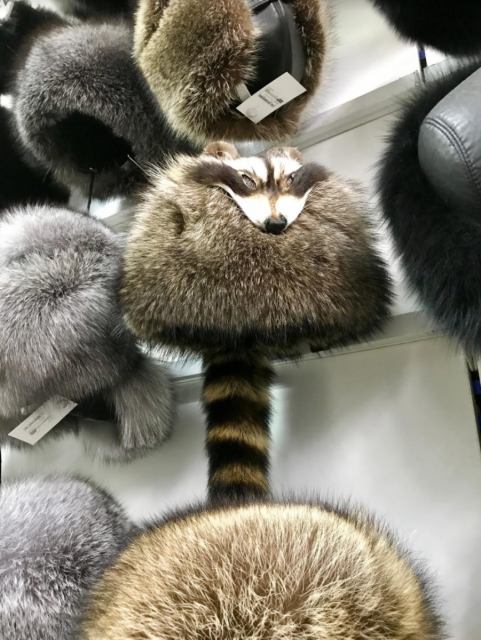 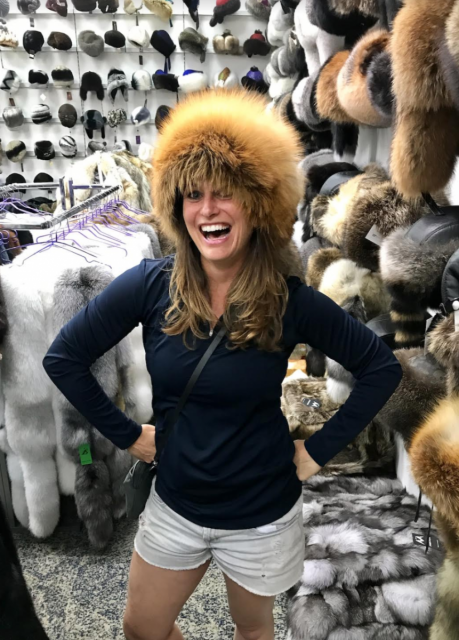 After we got done putting dead animals on our head, we checked out the rest of the store. From weird and weirder saddles … 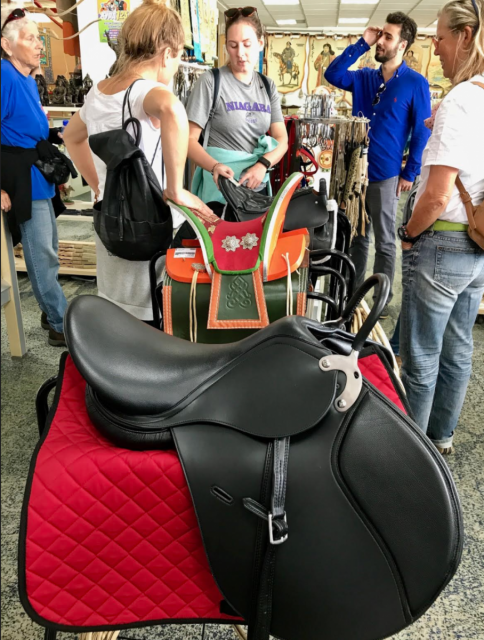 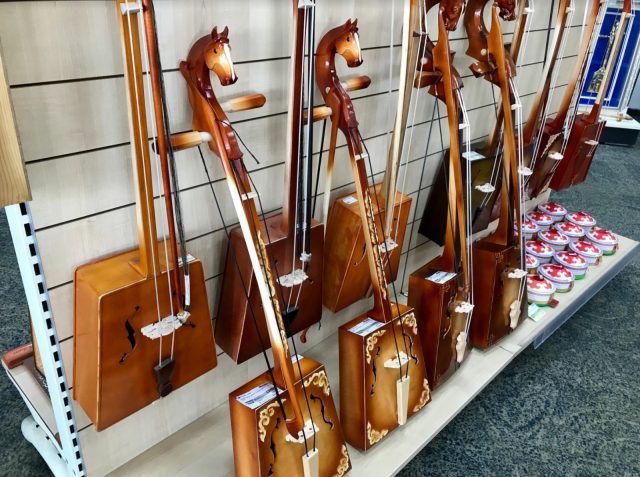 … to actual bows and arrows, just sitting out with some equestrian paperweights like NBD. 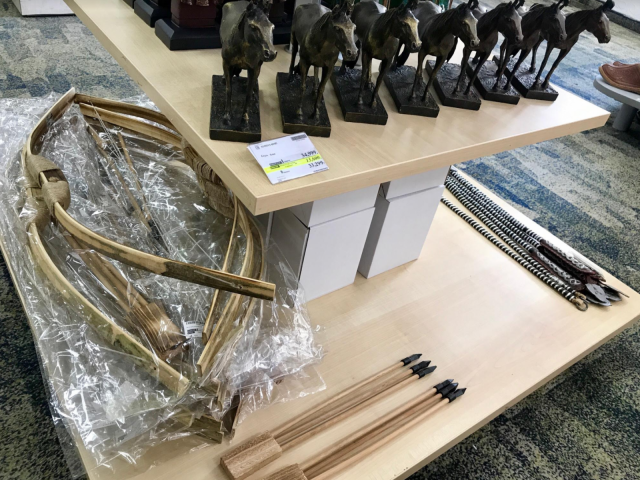 I Mongolia’ed so hard at that department store, I got back to the hotel and had to take a six-hour nap. I finally jolted awake at about 9:30 p.m. (which is 9:30 a.m. EST, I think), realized that I’d missed my dinner plans completely, and got to work on my Montana boot camp recap. Was that just last week?! I don’t even know what is real anymore.

By the time I published that story it was basically time to shower, eat breakfast and head to Derby orientation in a meeting room downstairs. A rider who’d pretty much just gotten off the plane from a 24-hour flight from Zambia and I practically propped one another up in the coffee line, making delirious small talk and laughing for no good reason at all.

Today’s orientation was all classroom stuff: an overview of race rules and protocols, a debriefing on the course …

… a how-to session on the emergency SPOT trackers we’re encouraged to deploy in the event that we’re actually dying, and veterinary/medical briefings.

Derby chief Katy Willings and rider manager Maggie Pattinson were as fun and hilarious, yet also legit knowledgeable and caring, in person as they were in my Horses in the Morning interviews with them here and here respectively. Both women earned my instant respect with their devotion to and advocacy for the real stars of the Derby, the horses themselves.

The veterinary briefing from Dr. Emma Alsop and the medical briefing from Deborah Swann were extra-entertaining because neither of them held back on their opinion of how insane this race truly is. Dr. Alsop, who oversaw the daunting logistical nightmare of looking at 2,000+ horses from which she selected 1,450 suitable for the race, straight up told us she thought we riders were “crazy.” Deborah, who has zero bedside manner and yet I innately feel like I could trust her with my physical life, opened her presentation with, “I swore I would never do this again but got sweet talked into it.” 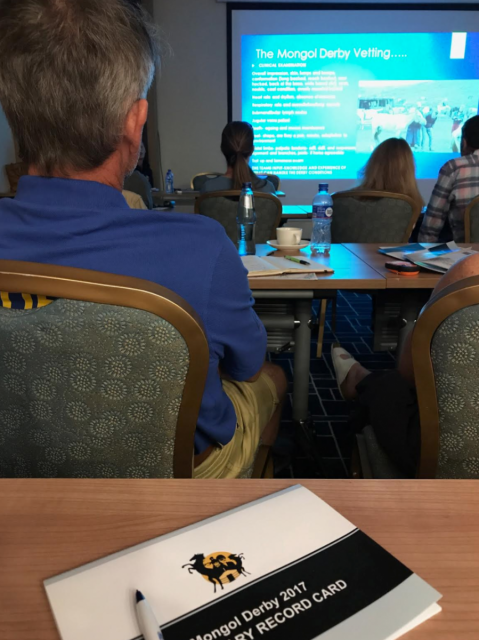 Note to The Adventurists: Maybe next year you guys could integrate a motivational speaker into the mix? But all things considered, it’s a massively impressive production they put on here, pairing 40+ riders with 25+ horses apiece and doing everything within their power to ensure the safety and enjoyment of both parties.

Tomorrow morning we leave out at 6:30 a.m. for two days of training on the steppe before the race begins on Wednesday. Until my triumphant return, I’ll leave these updates in the trusty hands of Horse Nation editor Kristen Kovatch (you can also follow the race on the Derby website here). When you see a photo of me in a beautiful light blue silk scarf during the race, it’s a gift from Kristen. “Light blue in Mongolia symbolizes ‘the eternal sky’ and is considered a sacred color,” she told me. I’ll wear it with honor, my friend.

I’m as ready as I’ll ever be. See you on the other side!