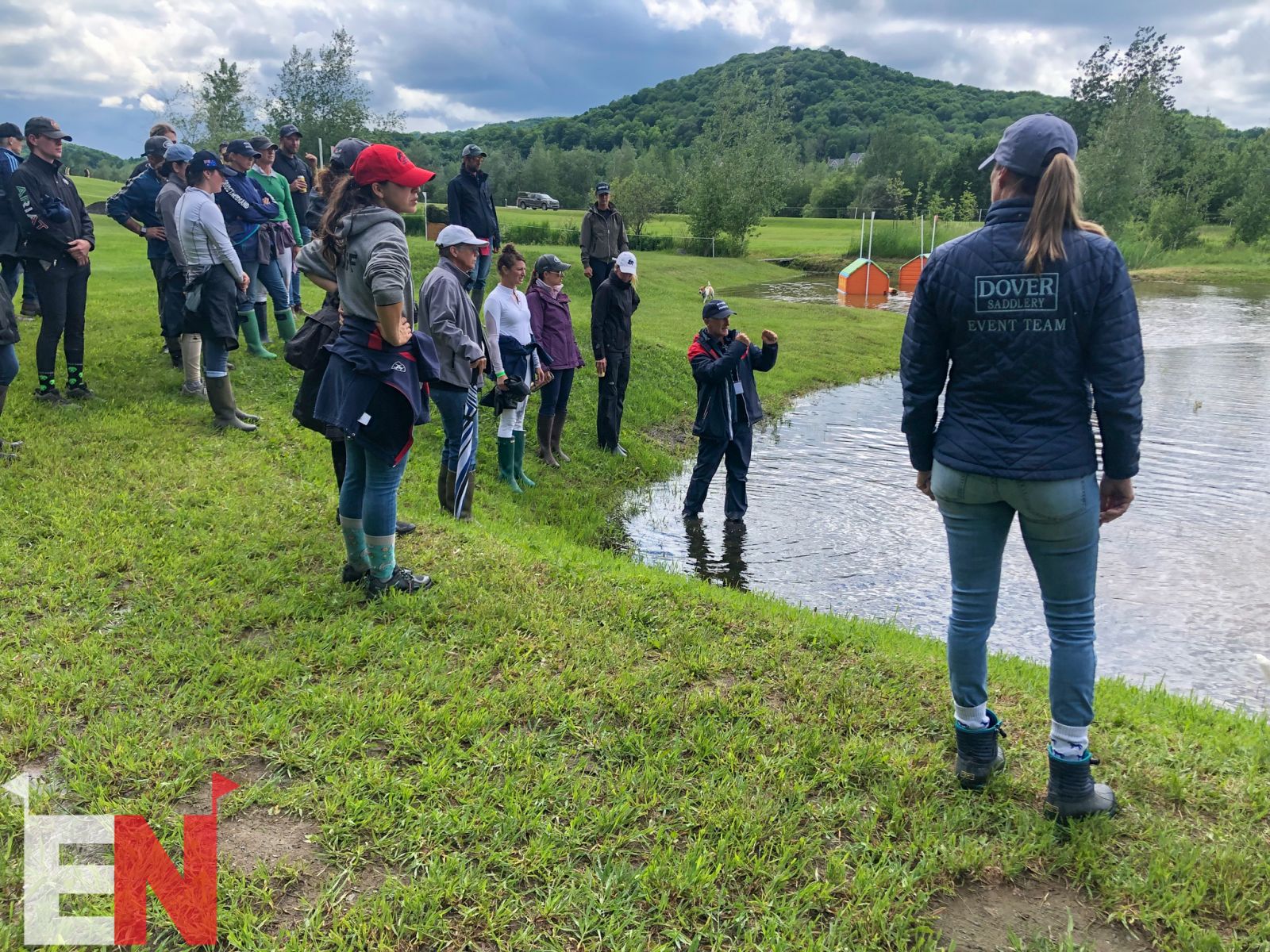 Rodolphe Scherer explains the positive ride needed on the approach to fence 4. Photo by Abby Powell.

Bromont Rising was the brainchild of Bromont organizer Sue Ockendon and the late Steve Blauner. After a two-year hiatus due to COVID, the program is back in full swing this year, with the first installment of the program occurring earlier in June at the MARS Bromont CCI, and the second installment set to occur in November at the fall Galway Downs CCI.

The program aims to provide financial support and education to under-25 year-old riders at three-day events. Riders apply several months before the competition date and are awarded grants of $2500 if they ride at the event. This money helps offset expenses like entry fees, accommodation, and travel costs.

Beyond the financial component, the Bromont Rising program brings in coaches and experts because it is really about nurturing young talent for the future. As Sue Ockendon remarked in the meeting for program participants at Bromont, these young riders “are our future.” The program provides coaching prior to and during the event.

Bromont Rising participants were lucky to learn from Cara Whitham, a Canadian 5* dressage judge in both dressage and eventing who has judged at the Olympics and World Championships; Peter Gray, a Canadian 5* eventing judge who is on the Ground Jury for this year’s World Championships in Pratoni, Italy; and Rodolphe Scherer, a French Olympian who is the current cross-country coach of the German team. 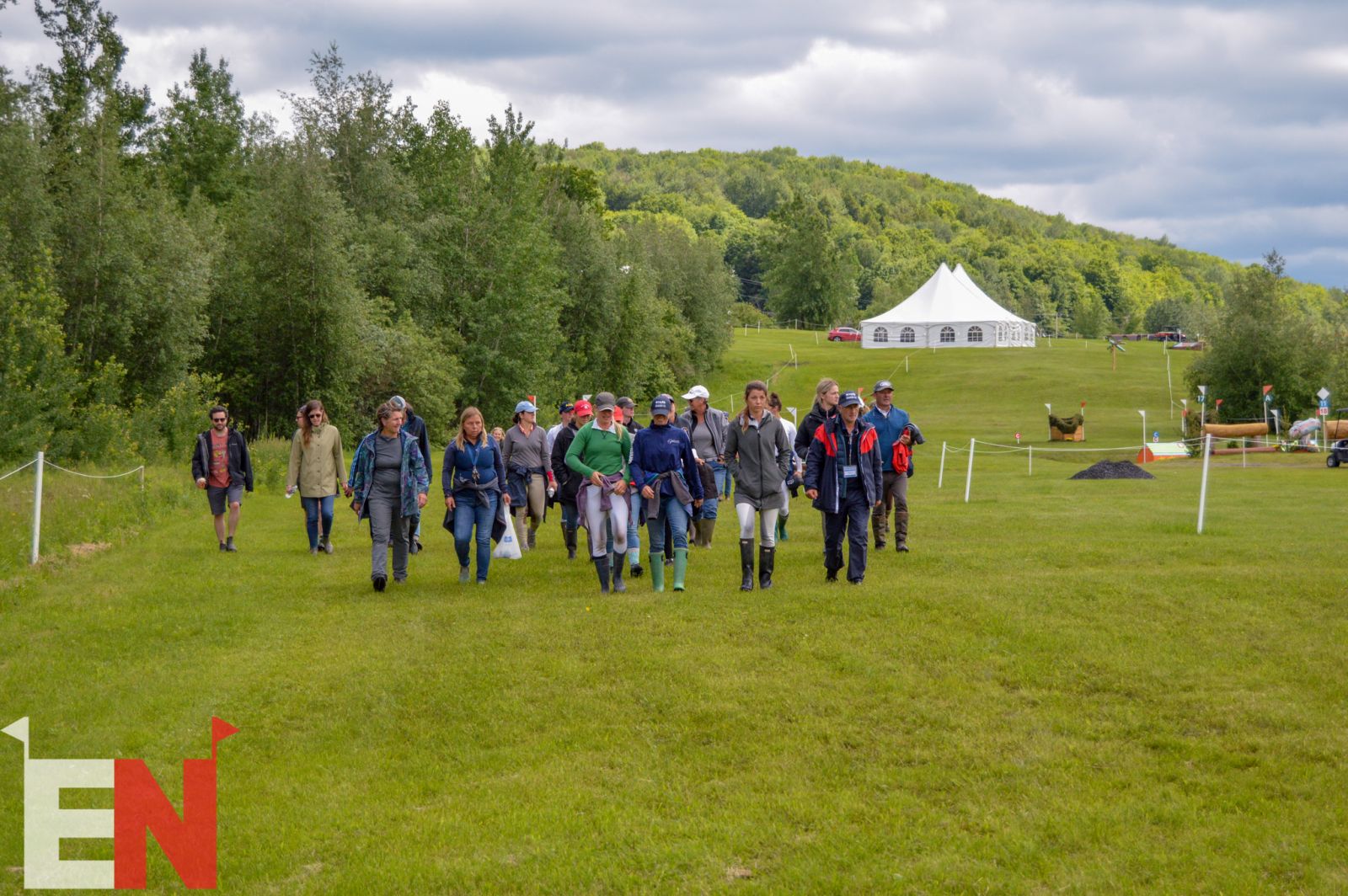 Riders could have individual lessons and receive help in their warm-ups for all phases with Rodolphe, if they opted to do so. Not everyone has a coach at these competitions, so giving program participants coaching for the week is enormously helpful. Rodolphe also hosted course walks for the 2*, 3*, and 4* cross-country courses during the week. Organizer Sue Ockendon thanked the MARS Equestrian for supporting the program, which she hopes will continue for at least the next four or five years.

On Wednesday morning at Bromont, program participants enjoyed a sit-down session with Cara Whitham. This “centerline workshop” focused on the CCI2* dressage test that all of the participants were riding that week (the program is open to riders who enter any level of the competition, but this month they happened to all be in the 2* division).

Cara offered a mix of training tips and test-riding tips. The first thing she asked was: “what are you thinking about when you go around the dressage ring before your test?” Riders had a variety of answers, from trying to relax their horses, to showing them the atmosphere, to suppling them. Cara responded by saying they were making it too complicated—all they should think about, she said, was “be happy”!

Cara then emphasized the training scale. Rhythm, suppleness, contact, impulsion, straightness, and collection may just seem like a collection of words, she said, “but if you really think about it, you can apply it.” She admonished the riders to keep the training scale at the forefront of their minds, whether they were riding at home or in the competition ring.

Going through the FEI 2* test, Cara underscored a few key points to apply to every dressage test. The first was that the riders should know exactly where each movement begins and ends – for example the first centerline – to understand for how long the judge is marking you for that movement. The basic rule of thumb is that one movement ends where the next movement begins. 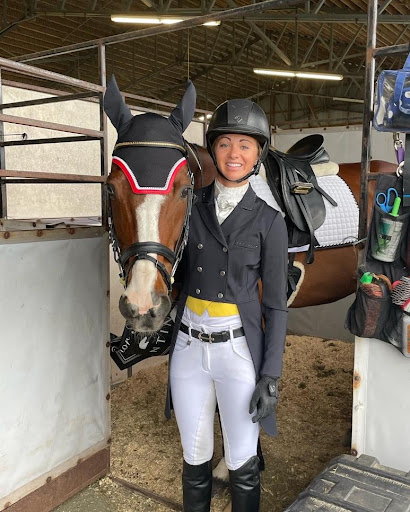 Then it was question time again. “How many of you truly look up throughout your test?” No one raised their hands. Cara reminded riders to really look where they are going. That was also Rodolphe’s tip: dressage is not that different from cross country. If you aren’t looking at your destination, you won’t get there.

Cara then moved on to discuss what the judge was looking for in each movement. For example, in the leg yield, keeping the horse’s body straight and looking slightly away from the direction they are going is important.

The workshop was fun because both Rodolphe and Peter chimed in at different points. For example, Rodolphe said “never forget—the judge is not on the horse. So don’t make it appear difficult to ride, even if you are not having the smoothest ride that day. Be happy when you finish the test!” He had an interesting point: when you ride a test, you are basically trying to sell your horse to the judge. It should appear seamless and enjoyable, even if your horse is not the best in this phase. This was an important point about ringcraft and showmanship that will serve the riders well in their careers.

The workshop also drifted to anecdotes. For example, one rider brought up the issue of perception versus reality, and the difficulty of feeling the horse underneath of you and also presenting a good picture to the judge. In response, Cara told the story of competing in dressage for a Pan American Games spot. After the test was over, she thought she had done a brilliant job and ridden her horse very boldly and forward, but when she came out of the ring her coach said to her, “what was the hurry?”. She sympathized with the riders that sometimes what you feel is not exactly what the judge sees, and suggested that over time and with experience, riders figure out how to present the best picture possible. 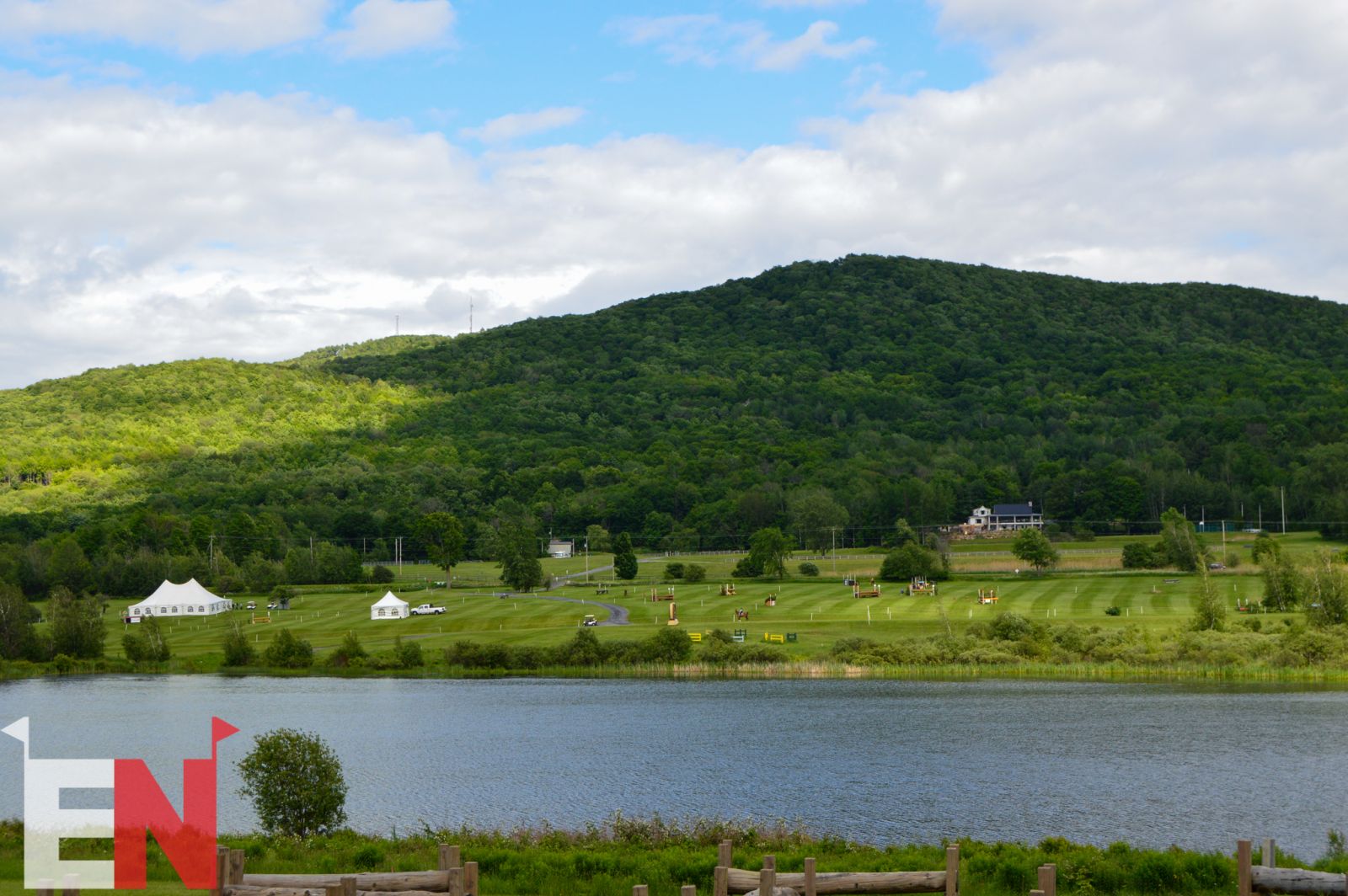 Peppered in these explanations were some riding tips, including:

“Don’t make the lateral movements too sideways because then you lose the outside of the horse.”

“Think of your outside leg in the leg yield as a mattress—a bit heavy but with plenty of give.”

“Look where you are going!”

“On the centerline and diagonals, think about riding a horse down a corridor that is wide enough to have a few inches on either side of the rider’s legs.”

“Cross the diagonal in free walk with a purpose, not just ambling along like you are going home for Sunday dinner.”

“It’s important to practice the walk at home.” (And Peter Gray chimed in on this one: “Practicing the walk doesn’t mean wandering around and catching up with Facebook!”)

Cara also went over some common issues she sees over and over again as a judge. For instance, in medium walk, riders tend to restrict the horse’s neck too much. Keeping your hands forward and your arms soft allows the horse to keep a good rhythm, she explained. In the reinback, riders tend to pull back too much, which causes the horse’s shoulders to drop, so Cara told riders to try to avoid this common mistake. Another example was giving the reins in canter, which is a movement in the 2* test. Cara explained that in this movement, the horse’s frame should not change—“he should not be digging ditches in the dirt with his nose!” she warned. She said that the key in this movement is to keep the rider’s seat deep in the saddle. Finally, in counter canter, Cara said that a common mistake is to bend the neck too much in the direction of the lead. If the rider does this, the inside of the horse is shorter than the outside of the horse, which unbalances them.

The session was also interesting because the riders learned about ringmanship. Cara told them to remember that judges have blind sides. There are things that the judge can see and can’t see depending on where they are sitting—whether they are on the side of the arena or at C. Smart test riding, therefore, involves thinking about what the judge can see. For example, the side judge sees the accuracy of a halt at X, while the judge at C can see the straightness but not the exact placement of the halt. This realization also can help riders understand why they may get different marks on the same movement from different judges.

One thing I loved about the centerline workshop was that Cara kept calling the movements “exercises,” which was a nice reminder that dressage is really all about training and gymnasticizing the horse. Cara comes to the judging from a rider’s perspective, which made her talk particularly valuable.

Riders also had the opportunity to ask questions throughout the session. For example,
when asked what to do in ring familiarization at an FEI event, Peter Gray answered that you should do whatever you need to do to have your horse leave the ring confident, positive, and relaxed. That usually means, he said, “Don’t practice your test!”. This kind of insight is really helpful for riders contesting their first international events and learning the best ways to prepare their horses to perform.

Some other soundbites from Cara during the workshop included:

“Short ends are for repairing and preparing.”

“I love brave riding in the dressage ring.”

“Read the directives on your tests to understand what the judge is looking for.”

“Be sure your warmup is not your test. Don’t use up all the gas in the tank in the warmup.”

“The harmony mark is the overall impression you give the judge.”

It was a privilege to sit in on the centerline workshop and learn from Cara, Peter, and Rodolphe. I was lucky to receive the Bromont Rising scholarship in 2019 and truly believe that it had a significant positive impact on my career.

“Education is very good because re-education is very difficult,” Rodolphe said when explaining his belief in the program, and in emphasizing the importance of supporting young riders in general. These words encapsulate the spirit of Bromont Rising and the people who make it happen. Access to seminars like the centerline workshop and coaching during the event will have had a major educational impact on all of the program participants. Thank you to Bromont Rising for investing in the education of young riders in our sport.