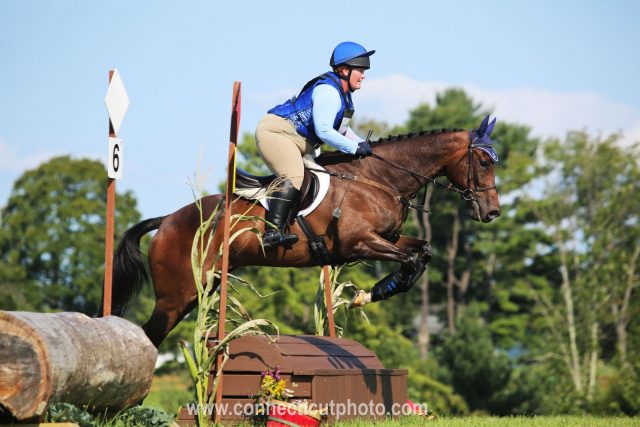 Aug. 25-27 was a busy weekend for pastoral Town Hill Farm in Lakeville, Connecticut. Horse Trials and Area 1 Championships ran on Saturday and Sunday, but the fun actually kicked off on Friday with the area’s only Young Event Horse (YEH), Future Event Horse (FEH), and New Event Horse (NEH) divisions.

Andrea Manley has been the driving force behind these divisions in Area 1 for the past few years, “Purely for selfish reasons at first,” she admitted. “I had this very handsome yearling that I really wanted to do FEH with but there were no events remotely close by, so last year I started bugging people in the area asking if someone would host it.”

After being persistant all summer, Andrea was finally able to convince Ray Denis, organizer for the Town Hill Farm Horse Trials, to host the divisions. YEH events had previously and sporadically run at several farms in the area, but none of them had stuck. Ray agreed to run FEH and YEH divisions that year if Andrea could get at least 12 entries. She got 25.

The divisions were tacked on to the event’s schedule just a month before the horse trials were to take place, but Andrea and the Town Hill Farm crew were able to piece together the divisions as a dizzying pace and run them successfully. Andrea called it an “interesting but super positive experience.” 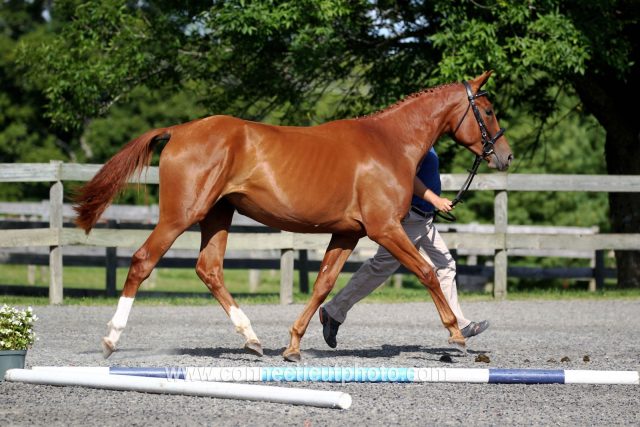 Ronan Maloney and KC’s Dream Girl had the highest score of the day (82.7) and won the FEH-2 Year-Old division. Photo by Brian Wilcox/ ConnecticutPhoto.com.

Last year’s inaugural running at Town Hill Farm hosted FEH divisions for yearlings, two-year-olds, and three-year olds, and YEH divisions for four and five-year olds. Those divisions were run again this year, plus the NEH division was added to try and grow the reach of the event and participation in the sport. Andrea sees the NEH division as a promising way to grow membership, because it provides the opportunity for people and their horses from other disciplines to dip their toes into eventing in an encouraging and low-key way.

The divisions outdid themselves this year, with the number of competitors nearly doubling to over 40 this go-around. YEH judge Marilyn Payne thought that Town Hill’s turnout may have been that largest she’s seen at an FEH/YEH/NEH event. It was additionally promising and enjoyable to have several repeat competitors who showed in a lower age group division last year return to compete in a higher age group this year.

Andrea finds these divisions exciting and valuable for a number of reasons.

“The most important thing for me was exposure. I wanted to get my young horse out to a show where there are many different things going on and I wanted him to experience stabling overnight so that when I’m riding him one day at an event it’s not a big deal because he’s done it all before,” Andrea explained. “And I love having something in my discipline to take him to — it means a lot more to me than just taking him out to local hunter/jumper shows.” 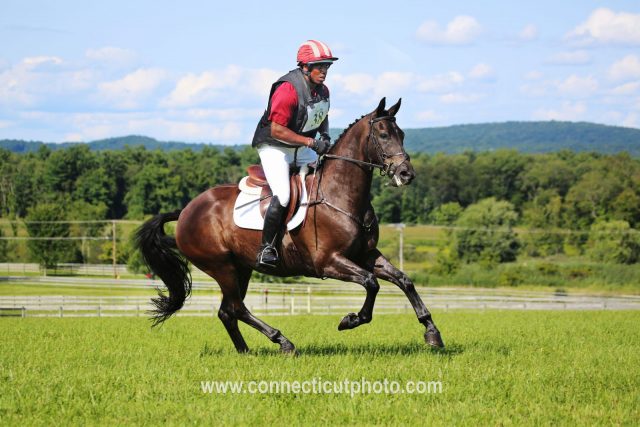 As always, it was also very rewarding to receive positive feedback from the judge. Andrea’s now two-year-old homebred, Revel In Soul (“Indy”), is out of her Anglo-Arab mare with whom she competed to the Preliminary level and out of the Holsteiner stallion, Riverman.

Andrea and Indy placed second in the FEH-2 Year Old division with a score qualifying them for the East Coast YEH Championships. Not only is she hoping to make the trip down to the East Coast Championships at Loch Moy in Maryland later this fall, but she’s hoping to get a team of other qualified Area 1 competitors and their young horses to join her.

The feedback obtained in these divisions can be equally valuable to professional breeders as well. For instance, both last year’s and this year’s FEH-Yearling divisions were won by Eric Carlson, of Stix and Stones Sporthorses.

“For them it must be very rewarding to have two wins with different horses and know that you must be doing something right,” said Andrea. 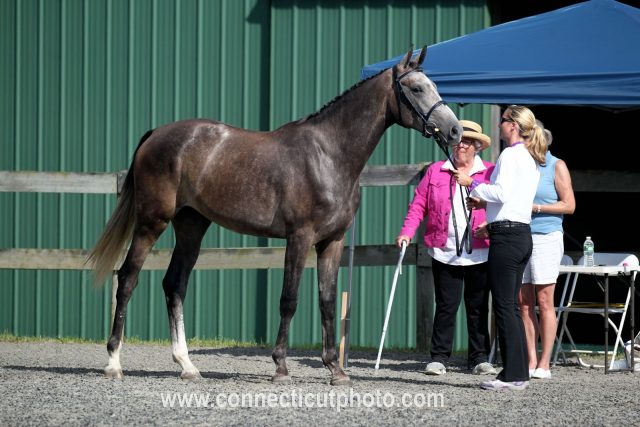 Andrea is passionate about these divisions and would like to continue to see them flourish. She’s hoping to jet out the USEA Annual Meeting and Convention this winter to further her education and bring her knowledge back to Area 1. She also welcomes anyone else interesting in helping these programs thrive in Area 1 to get in touch with her.

Despite the slow start of the FEH/YEH/NEH divisions in Area 1, they seem to have found their place with Town Hill Farm’s August event. Andrea hopes to increase the awareness of these divisions and continue to grow participation in the program in the coming years. Next year may see the addition of jump-chute for certain divisions and Andrea also hopes that the number of competitors will continue its upward trend.

“I told Ray I wanted to get 60 entries for next year and I think he just about had a heart attack!”

Special thanks to Brian Wilcox of ConnecticutPhoto.com for the gorgeous photos. Be sure to check out the rest of the gallery from the Town Hill Farm FEH/YEH/NEH divisions!