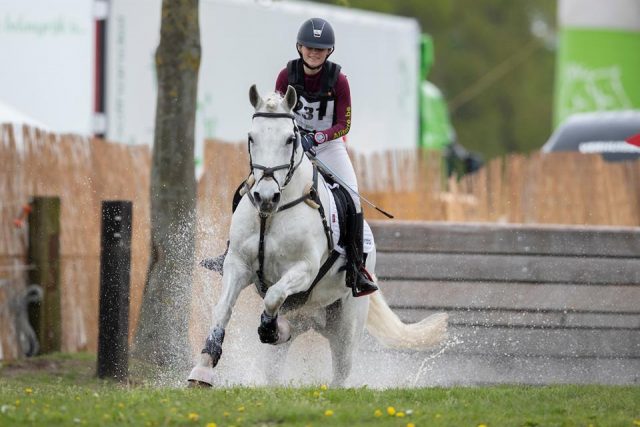 When 15-year-old Louise Van Dijck left the start box at the FEI Pony European Championships aboard Van Acker’s Gasmann B van het Juxschot, she was prepared and ready—but triumph nearly turned to tragedy when her stirrup leather snapped early in the course.

Without a hint of hesitation Louise kicked on, bearing a strong resemblance to eventing icon Mark Todd who infamously completed Badminton’s cross country in 1995 with only one stirrup. Check her out below, where the video should be queued up to her first camera appearance, if not her ride starts at 2:17:58:

“He’s a good pony he jumped—he never stopped. I did it for the team. We have the best team,” Louise, who is riding for Belgium, commented in an on-camera interview after her ride, noting her pony thought the stirrup “was not necessary.”

Placed 10th after dressage on a 31, she and her pony were in striking distance of an individual medal by their start time. While the two picked up fifty time penalties, we think she’s earned the title of Miss Stickability and certainly deserves some recognition as our standing reminder to add no stirrup work into our regular riding routines.

This was no soft course Louise was up against, and the results are proof of that. The leaderboard saw a major shuffle with dressage leaders from Germany falling out of medal position to make way for Great Britain, Ireland and France to take first, second and third, respectively.