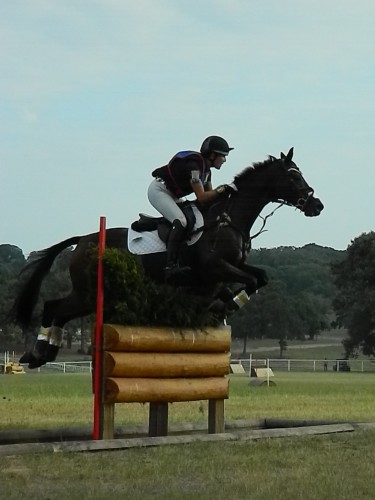 Laine and Anthony Patch flew around cross country to take the lead. Photo by Sally Spickard

The weather cooled off just a bit for cross country today, and what we all predicted yesterday definitely came true: the course definitely proved to be influential. The course had many twists and turns to take advantage of the terrain, which caused many horses to appear a bit tired at the end. While jump penalties were few and far between, the time proved virtually impossible to make as not one horse came home double clear. Anthony Patch skipped around the course in typical fashion and Laine came home with only 5.6 time to take the lead. Laine said in the press conference that her watch stopped working as she was leaving the box, so she had no watch on course. She must have one good mental clock since it certainly worked out in her favor! 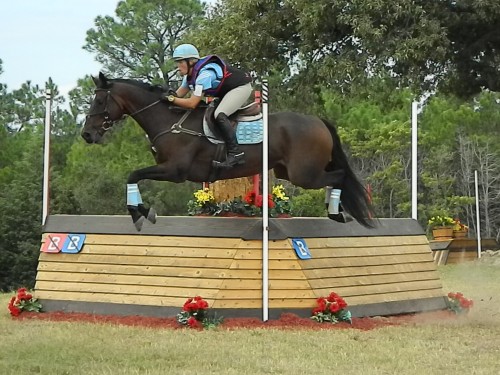 Ellen Doughty and Sir Oberon on their way to 2nd place. Photo by Sally Spickard.

In the biggest jump up the leaderboard of the day, Ellen Doughty and Sir Oberon stormed around course to accrue only 8 time to move from 11th to 2nd. Ellen also came to the press conference and was a pleasure to speak with. She and Sir Oberon are relatively new to the Advanced level, but they certainly made a name for themselves here. Ellen is the only trailer-in entry this year as she lives less than an hour away from Texas Rose Horse Park. She said she was thrilled that the AECs were practically in her backyard this year, a nice break from long hours of travel. Ellen is aiming for Fair Hill after this and has her eyes set on Rolex next. Definitely keep an eye on this pair as they definitely made mincemeat of a tough and technical course today. 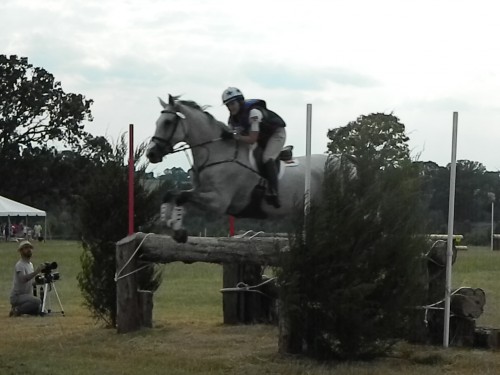 R-Star looked full of herself on course today and showed us all again how much she loves going across country, coming home in time to keep 3rd place. Kristi said she was quite pleased with how her weekend was going and is confident in R-Star’s show jumping abilities for tomorrow. Kristi, along with Hawley and the rest of the West Coast entries, came quite a long way (31 hours to be specific) to be here, but she had nothing but good things to say about the event and venue, saying she would definitely come back again. Kristi and R-Star are headed to Pau next, and Kristi should feel confident going overseas after such a great run today. 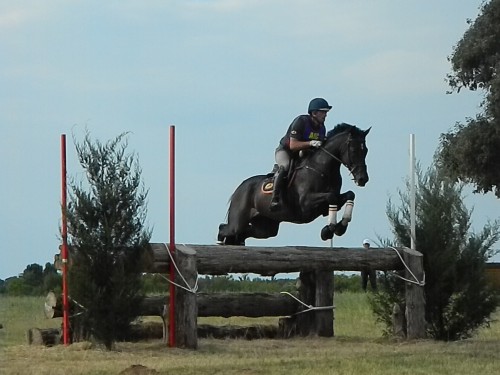 Michael Pollard had a great run on Mensa G. Michael is also headed to Pau next with this horse and was looking for a solid run here in final preparation. They came home with 16 time penalties to drop a couple of places to 4th. 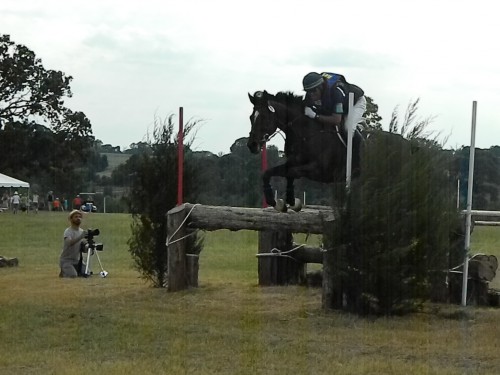 Kyle Carter and Madison Park looked to be in great form around course today, also making a big jump up the leaderboard coming from 12th place to finish the day in 5th. As you may recall, this is Parker’s first season back after suffering an injury at Blenheim in 2011. We wish Kyle and Parker the best as they continue Parker’s comeback. 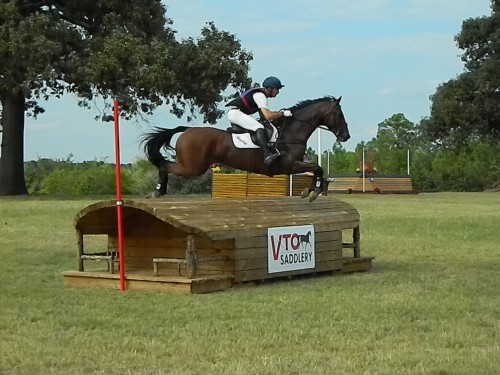 Jon Holling and DHI Zatopek B made some moves up the standings as well, coming from 10th to 6th after cross country. This horse looked full of run while I saw him on course, and Jon does a great job keeping him focused. 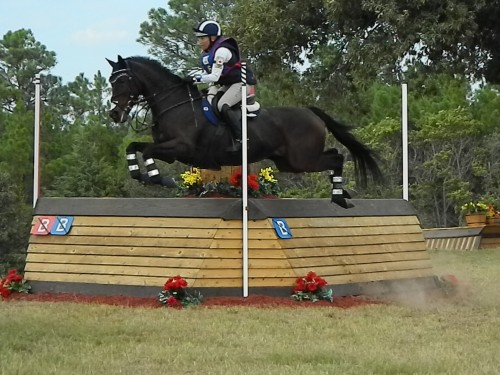 Pau bound Hawley Bennett-Awad and Gin & Juice held their 7th place position after cross country. They had a close call with a golf cart that pulled out in front of them before fence 10, but they recovered well and had a beautiful round otherwise. Ginny looked full of running after a course that was tiring many horses. 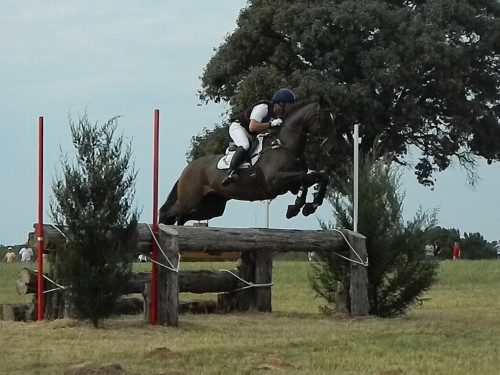 After improving immensely on his dressage score from Richland, Jon Holling and Proper Timing came home with 16.4 time to drop down a couple of spots to 8th. 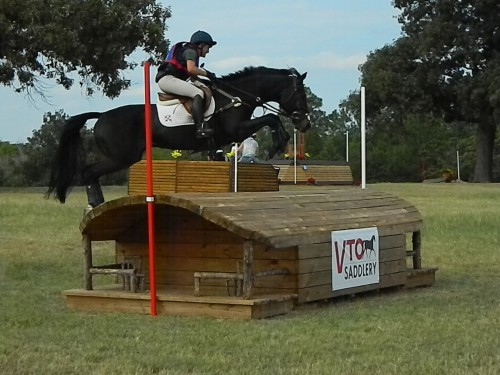 Eveready looked to be jumping hugely for Barb around course, and they came home with 19.6 time to lie in 9th overnight. 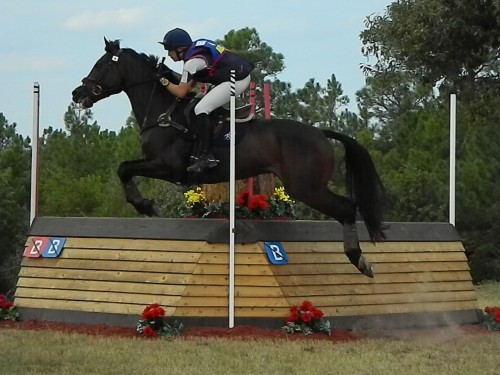 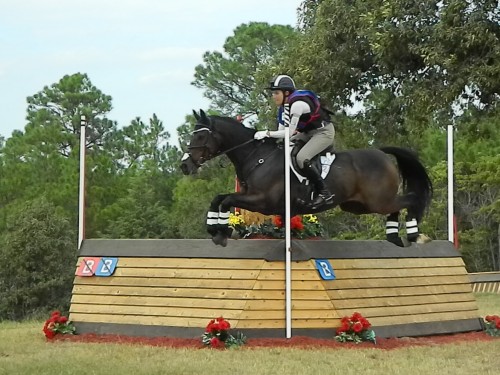 Katy and Oz the Tin Man had an unfortunate run out at fence 15. I spoke with Katy after her ride and she said she was committed to riding the line from 14 to 15 in a forward 3 strides but that Oz didn’t quite understand the question. She was quite positive about her ride otherwise, though, and was happy to have had the learning experience here before heading to Fair Hill next. 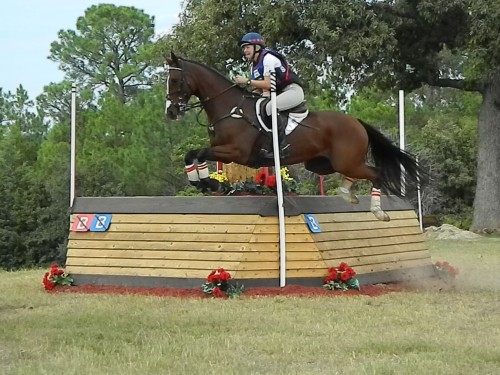 Avery Klunick and In It To Win It - 11th place. Photo by Sally Spickard

Avery picked up 20 at fence 19C, which came after the down bank that I spoke about in my course preview. 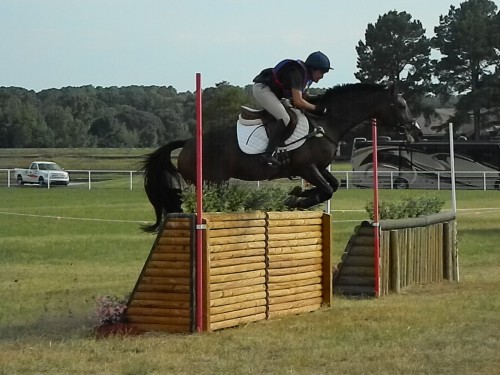 Today did not appear to be Over Easy’s day as this pair picked up refusals at 6B and 19C as well as some time.