You’d be forgiven for suspecting that 24 CCI* dressage tests in a row might be a bit boring — but at the World Championships for Perfect Baby Ponies, as it shall henceforth be called, it’s anything but. These are fit, well-bred six-year-olds at their first big party, and there’s a goblin living in the flowerpot at F, so the entertainment levels are high.

The talent-spotting’s not bad, either: As we discussed last week, previous years’ leaderboards read like a who’s-who of top-class talent on the world stage. Any of these horses could be the next Mr Bass or Toledo de Kerser, and part of the fun is trying to pick out which ones have that special something. 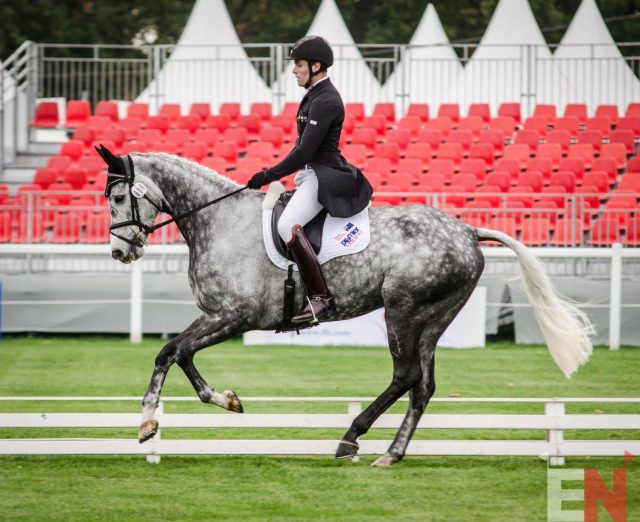 Paul Tapner and Bob Chaplin sit in second on 38.1. Photo by Tilly Berendt.

Thursday morning is never a rider’s favourite time to head down the centreline, as good scores tend to be harder to get, and this morning was no exception. A streak of scores in the 50s and 60s was broken by Australia’s Paul Tapner, who posted a 38.1 aboard Bob Chaplin. This is the horse’s first CCI*, and the score bests their four CIC* tests. In Bob Chaplin’s two seasons he’s never had any cross-country jumping penalties, so this combination (or ‘couple’, as the commentator here insists on saying) will certainly be ones to watch this weekend. 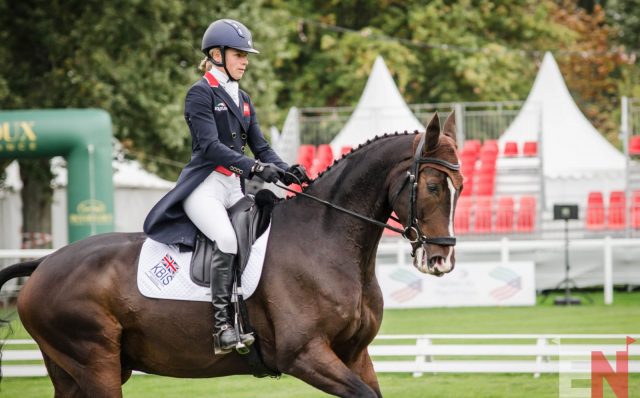 Izzy Taylor and Monkeying Around leave nothing on the table to take the lead in the six-year-old championship. Photo by Tilly Berendt.

Paul was able to hold the lead for most of the morning’s competition, but was pipped to the post at the eleventh hour by Great Britain’s Izzy Taylor with Monkeying Around. Izzy has had a remarkable season, with 32 wins — including eight international wins – and her partner in this class looks to be a strong competitor, too. In his nine runs this season, Monkeying Around has never been outside of the top 10, has won five times, and in his only run at CCI* at Ballindenisk he finished on his dressage score of 37.5, which was enough to get him second place. 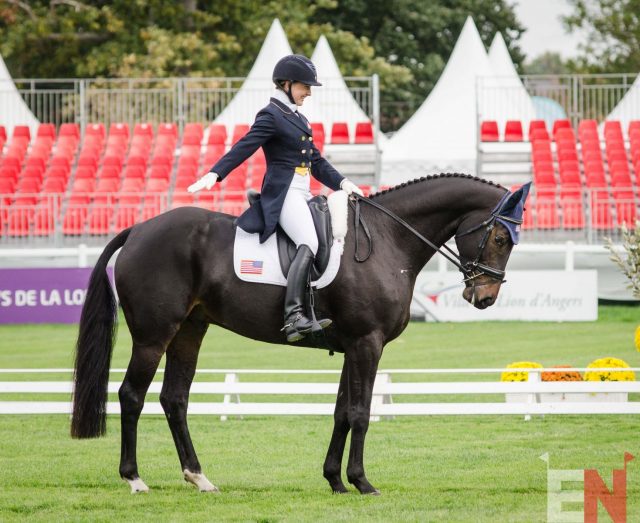 Tiana Coudray and G round out the top 10 after the first day of dressage for the six-year-olds. Photo by Tilly Berendt.

Tiana Coudray and G sit in 10th place at the moment on 48.5. The Back Gammon gelding seemed to take the atmosphere in his (very long) stride, despite nearly kicking out one of the boards in the ring.

“He’s enormous,” she laughed. “When we got him as a three-year-old he was 16.1hh and just the cutest little three-year-old you’ve ever seen, and now he’s a beast! He went a bit baby in there, but he was a good boy, and he loves the admirers!” 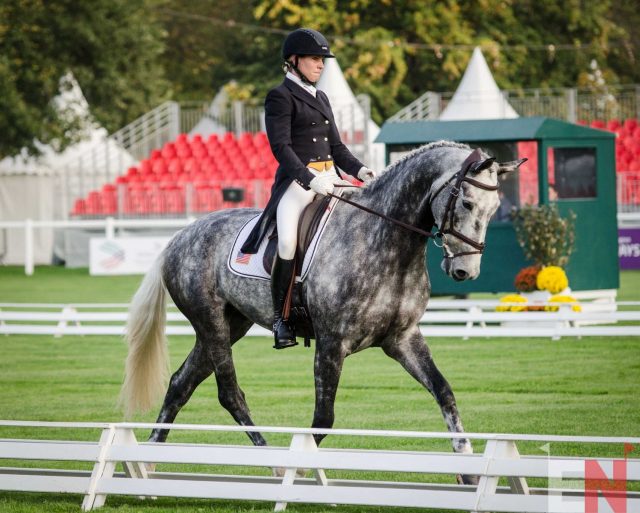 Liz Halliday-Sharp and Cooley Quicksilver lost some marks to the flowerpot gremlin to score 52.8, putting them in 19th overnight.

“I’ve always said that he’ll be amazing when he’s seven or eight — at the moment he’s all knees, and needs to learn how to use himself,” she said of the flashy grey, who was second in the CIC* at the South of England Horse Trials, his final run before Le Lion. 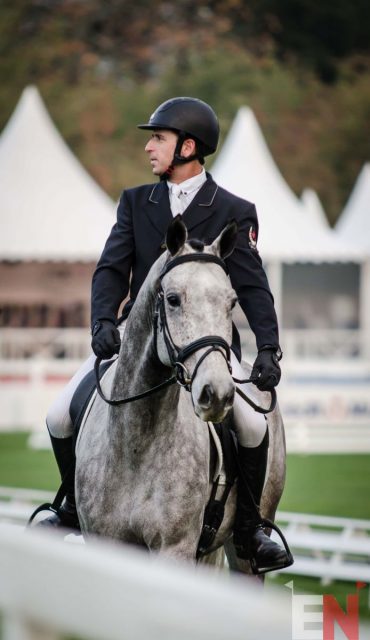 Canada’s Mike Winter and Center also fell victim to the goblins, scoring 60.1 and sitting in 24th.

“He didn’t have the preparation he should have — he was supposed to do the [British Eventing National Young Horse Championships for] six-year-olds at Osberton, but he got balloted, so this is a big atmosphere for him. But my wife and I own him, and he was qualified, so we thought, ‘why not?'” 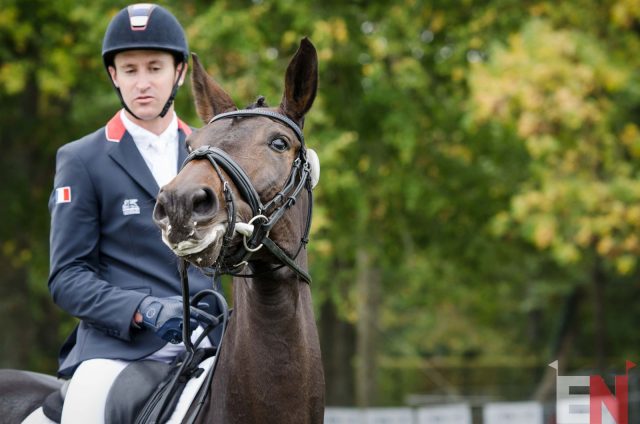 This is The Face. The six-year-old at a big party face. Beautifully demonstrated by Birmane, ridden by Tom Carlile. Photo by Tilly Berendt.

France’s Tom Carlile couldn’t be any more local — he’s based on-site at the Le Lion Equestrian Centre, and his record at this competition is impressive. He’s competed here eight times in the last four years, and has finished on his dressage score in every run. Today, he posted a competitive 42 with Birmane, which sees them in 4th place overnight – and he’ll be aiming to add to that incredible record this weekend.

The six-year-old class continues tomorrow morning with the rest of the dressage — meanwhile, this afternoon will see the seven-year-olds strut their stuff in the main arena. We’ll be bringing you updates across our social media channels and another report this afternoon, so stay tuned! 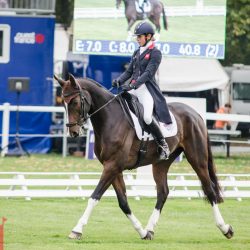 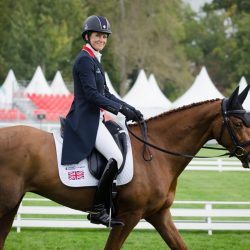 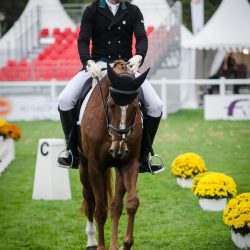 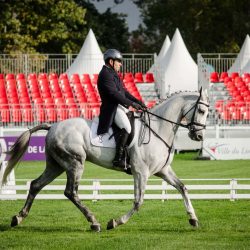 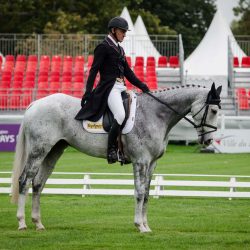 Andrew Nicholson and As Is. Photo by Tilly Berendt. 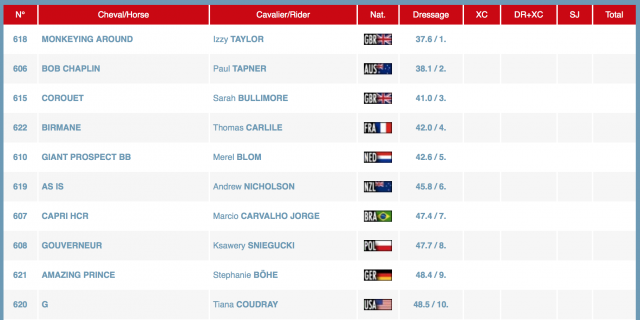 The six-year-old leaderboard at the halfway point at Le Lion d’Angers.