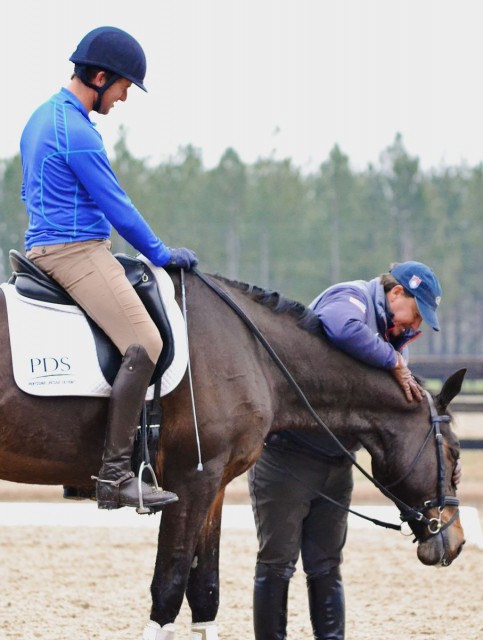 DOC the Horse Whisperer with Will Faudree and Pawlow. Photo by Jenni Autry.

Hello from Southern Pines! Sally and I will be here all weekend bringing you the action from the Carolina Horse Park and the inaugural Carolina International CIC3*. I arrived early enough this afternoon to catch the last part of the final training session at Will Faudree’s lovely Gavilan Farm in nearby Hoffman, N.C. David O’Connor was in the process of working with Will to help Pawlow relax into and stay steady in the contact.

Following a similar theme we’ve seen in the other winter training sessions, David had Will and Ernie work on their halts, both from the walk and canter. David emphasized “quick feet and then stop your seat” to achieve a proper halt. David has really emphasized halts over the past few months — and for good reason. It’s the first impression a judge has of a dressage test. If the halt goes well, the subsequent marks will follow suit. If it goes poorly, a judge isn’t likely to show mercy. 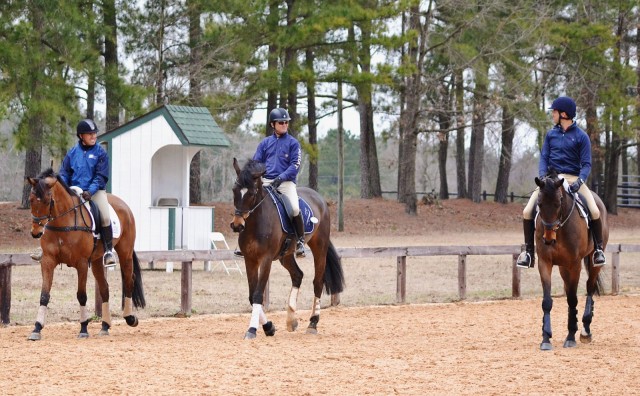 Buck Davidson, Phillip Dutton and Will Faudree in warm up. Photo by Jenni Autry.

After the final session at Gavilan Farm, the High Performance crew headed over to the Carolina Horse Park, where David worked with Allie Sacksen and Sparrow’s Nio. Coming off a win in the Fair Hill CCI2* — which landed them a spot on the High Performance Winter/Spring Training List — Allie and Neo are on a quest to show this Connemara-cross porse can run with the big dogs. And they certainly looked the part today, with David asking Allie to send Neo forward and not be afraid to push for more, especially in their canter work. Neo responded beautifully by engaging his hind end, which led to some really lovely work toward the end of the lesson. 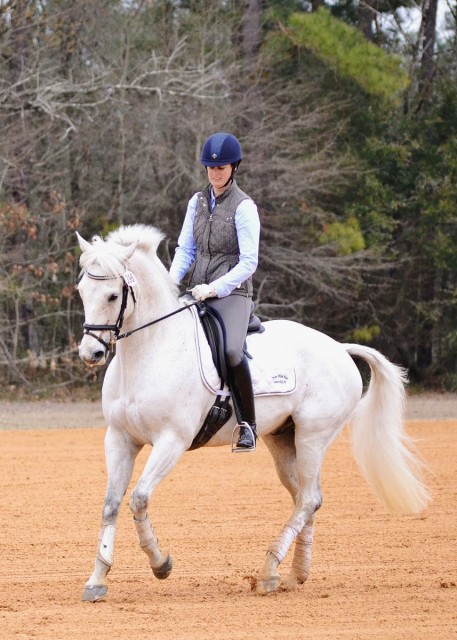 Sharon White and Wundermaske, who also worked this afternoon in a session with David, have been on a comeback tour since an unfortunate crash at Millbrook last year, and it really seems like they’ve put that behind them. After a top-10 finish at Fair Hill, Patch is back, and he looked focused and on the job today in the lesson with David. Lauren Kieffer said she jumped this horse for Sharon last summer, and she wanted to tuck him in her pocket and bring him home after. He just has such a lovely attitude and approach to his work. 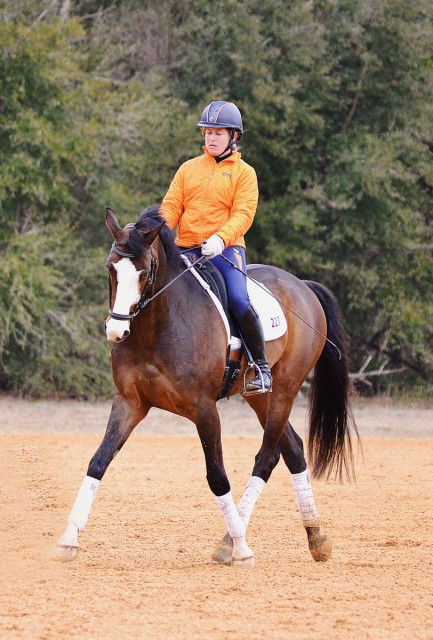 Lauren and I agreed that we’d love for this to be Sharon’s year, and Team Orange is certainly poised for a big season. With Patch being back on his game, her lovely new ride Under Suspection — who is doing her first three-star this weekend — blossoming more and more during each event, and fan favorite and old partner Rafferty’s Rules making a comeback of his own, Sharon has all the horse power she needs to really bring the house down this year. Go Team Orange! 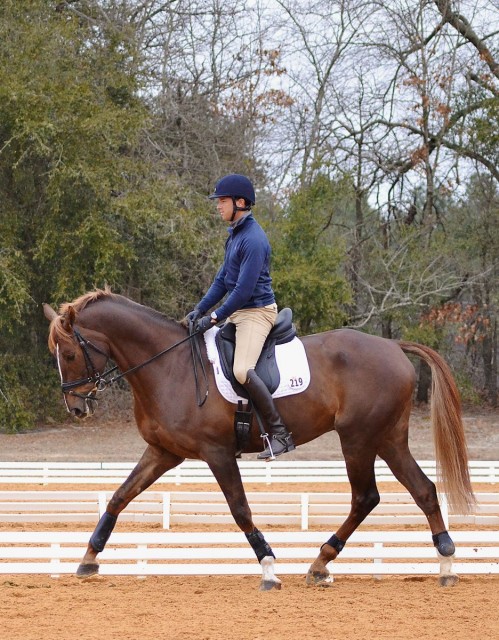 Lauren said she feels like she’s surrounded by estrogen these days, as her barn is packed with quality mares in Veronica, RF Cosima and Meadowbrook’s Scarlett. She’s been trying for the past year to get little super babies from Veronica and RF Cosima via embryo transfer, but competing at Bromont foiled those plans. The embryo transfer was successful with Scarlett, and the baby — by Mighty Magic — is due any day now. Lauren said they’ll be trying again soon with Veronica and Big Mama. EN Baby Watch, anyone? Don’t even tell me you wouldn’t watch that live foal cam for hours. 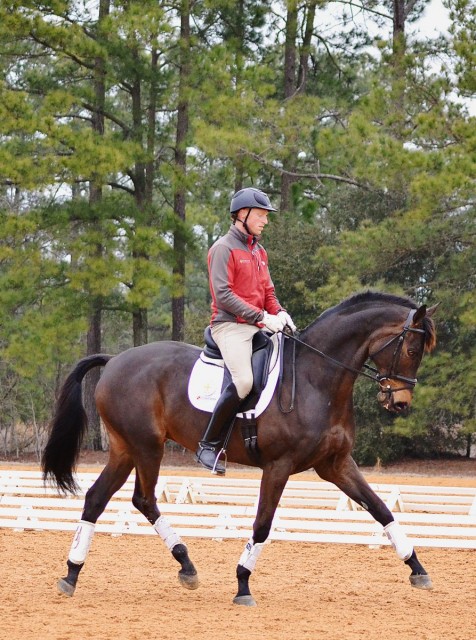 Conair continues to look smashing in the early part of the season, and he looked all business today in his warm up with Will Coleman. It’s still much too early to make any WEG predictions — especially considering the torrential downpour during the dressage at Pine Top Advanced and the equally bad conditions in dressage and blips at fence 5 on cross country at Red Hills — but this is definitely a horse that is turned heads right now. He has all the pieces to be a superstar. 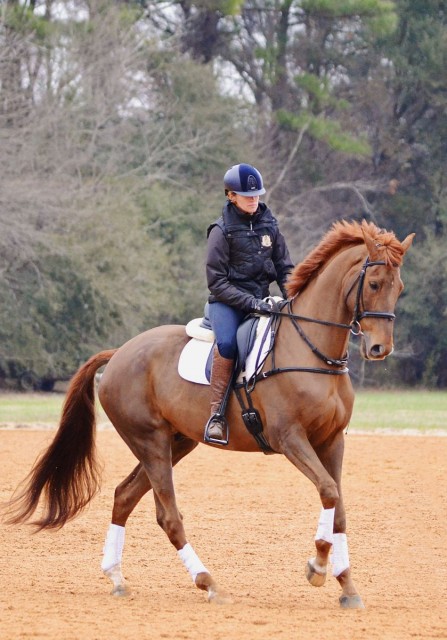 Crown Talisman was auditioning for the Spanish Riding School today, and Doug Payne did a valiant job of getting him to settle and get to work. Incredibly athletic and game, Tali also creates a lovely picture on the flat, and it’s going to be a blast to see him go at Rolex. Manoir de Carneville continued his notorious ways in the trot up at the CIC vet inspection today, and Sinead Halpin said she’s going to have to find a way to get him to behave. But if his spunk means he’ll keep performing the way he has been, I say let him play. It’s a big year, and the French Princess has his eyes on the prize. 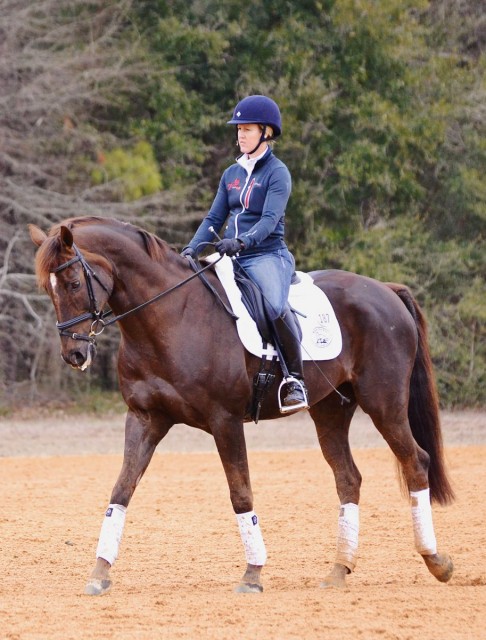 Also, cross your fingers bikes are allowed on cross country. Because our plan for tomorrow is to strap a helmet cam on Kate and send her on a tour of the three-star course. This idea is chinchilla approved. 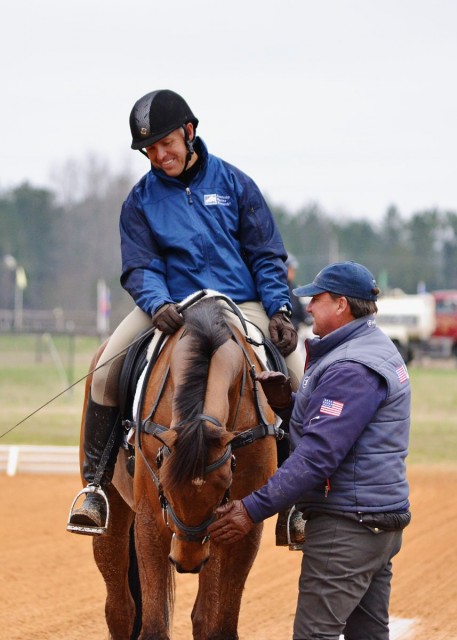 Park Trader getting some DOC love. Photo by Jenni Autry.