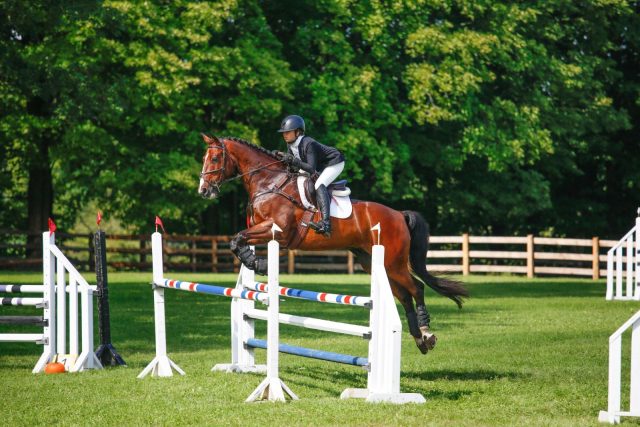 How do you begin to put a life taken too soon into words? How does a writer properly memorialize someone who was a stranger to them? How do we continue the legacy of the ones who leave us too soon?

These questions swirled in my brain as I drew a breath to call Sabrina Haque and Rob Buren, the parents of 14 year old Zara Buren who tragically lost her life in a trail riding accident on September 21st. I found myself suddenly self-conscious, worried that I would say something wrong, ask a poorly worded question. But Sabrina and Rob, despite their pain, were gracious, and our conversation quickly moved into a natural back and forth. I listened, feeling Zara’s energy through their words.

But this story isn’t about me. I’m simply the microphone. The best way, or at least the way that’s emerged for me, to begin to memorialize a light as bright as Zara’s, is to tell her story. As the Buren family moves toward the initiation of what will be an ongoing equestrian scholarship award in their daughter’s memory, it’s important to know who inspired the award, whose legacy the winners will be carrying.

These are just a few of the words Sabrina uses to describe Zara, who was born in January of 2006. Even at a young age, Zara’s zest for life was apparent, as was her innate love of animals. Toddler Zara could be found seeking out the family pets, sneaking quiet moments with them whenever she could. Sabrina, a lifelong equestrian herself, was lucky: she would have a best buddy for those long barn days. 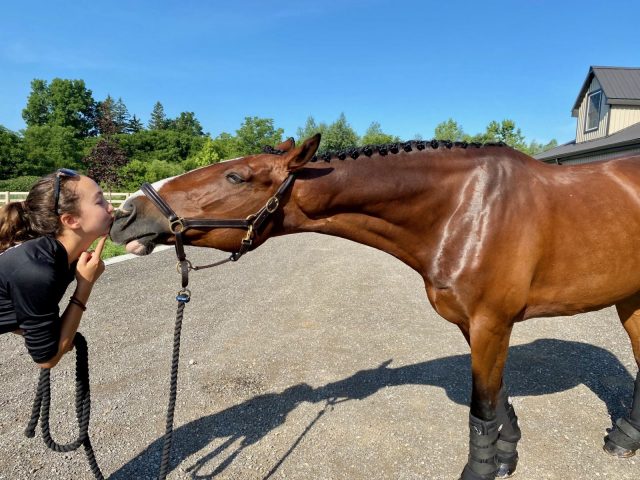 At first, older sister, Chloe, took riding lessons while Zara brushed ponies and swept aisles, waiting patiently to be old enough. Eventually, Chloe pursued ballet more seriously, joining Canada’s National Ballet School, and it would be her sister who would take up the reins and follow her mother’s path. Of course, the horses came naturally to animal-loving Zara.

Have you ever stood at the rail of the show ring and watched a true raw talent in action? It’s something akin to watching a talented child actor slip easily into character. There are athletic kids, and then there are the kids whose talent is practically bursting at the seams. What’s the distinction? It’s hard to say. But one thing that set Zara apart, even at her young age, was her burning desire to learn.

Sabrina laughs fondly as she tells me of the intense attention her daughter paid to dressage. For many eventers, dressage comes before the fun part. Learning the fundamental importance of this first phase doesn’t always happen right away or come naturally. But it’s something that Zara pinpointed immediately and dedicated her time to.

“She was just 11 years old when she went to her first dressage schooling show,” Sabrina recalls. “She took the dressage really seriously. Most kids start with jumping and maybe fall into dressage, but she got really serious about taking dressage lessons.”

With the help of coach Jill Stedman and, later, Holly Jacks-Smither, Zara undertook a scholarly approach to her riding. A gifted student at school, she’s described as a very thoughtful rider, aware of her body and how it should correctly interact with her horse. And the dedication showed: she could often be seen leading the pack or, at the least, well within striking distance, following the first phase of eventing competition.

There is much pressure on today’s teenagers to perform. Perform well so that your social media following has someone to admire. Perform well enough to show that you’re on track to move up the levels. Instead, Zara put her time into her training, knowing that this is where her attention should be, and enjoyed sharing videos of her lessons and all that she and her horse were learning as a team. Her goal was to uplift and inspire, not compare and compete on social media. Her “A” game was saved for the competition. 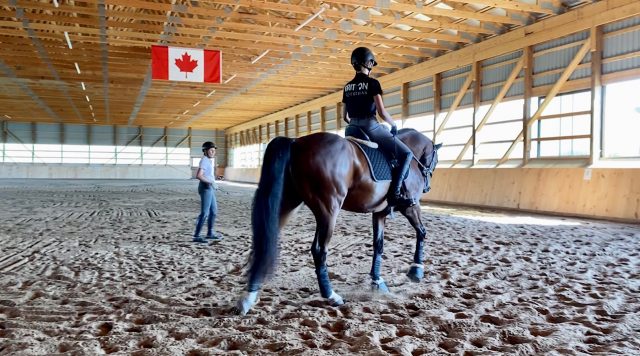 As Sabrina and Rob establish the Zara Buren Memorial Foundation (to donate, click here) that will help to fund the Ontario Eventing Association award that has been created in Zara’s name, another key criteria for its winners emerges as horsemanship.

At Zara’s last event in Ontario, weather conditions made for a wet cross country track. Zara and her Canadian Sport Horse, Make My Day, were leading the Open Training division of 19 competitors following dressage and show jumping. All that stood between them and the win would be a clear, fast cross country run. But the wet conditions were tricky. Upon walking the course with coach Holly, Zara elected to pull up and walk down a steep hill on course, rather than pushing for the time. In the end, Zara dropped to third place with the ensuing time penalties, but you’d never have known.

It seems a simple enough concept, making a decision for the welfare and safety of the horse above all else. Yet how often do we see the opposite occur? There is horsemanship and then there is empathetic horsemanship, and Zara exhibited both, showing a maturity beyond her years. It’s an example we can all take to heart. 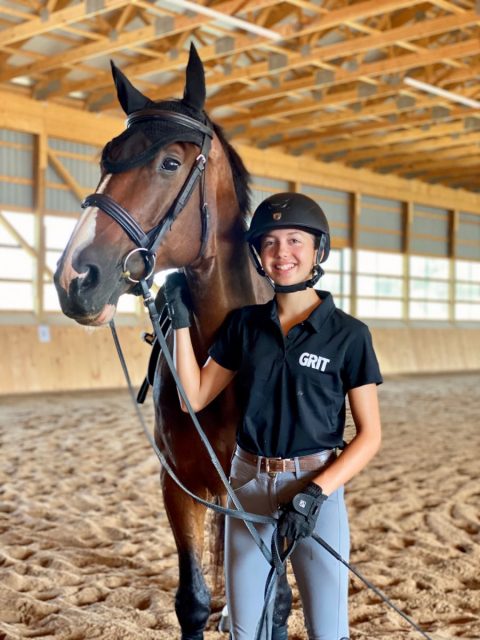 If Zara wasn’t at the barn, she was working hard at school, taking care of her dogs, babysitting, or helping with chores at home. At the barn, even at just 14, she was often asked for advice and was ready to help wherever she was needed.

“When Zara was showing, she set the bar really high for herself, but she was also so kind and friendly to everyone,” Sabrina says. “She was very diligent in her preparation – she didn’t show to participate, she came to compete.”

The Zara Buren Memorial Award will be an annual, nominated award given to an exceptional, dedicated junior rider, who may need some financial assistance in order to pursue their eventing goals. “Zara had us to support her,” Sabrina says. “We were a team. And not all kids who have the work ethic, talent and dedication have the support that they need to keep pursuing the sport.”

To turn such incredible pain into something so generous requires exceptional humans. Throughout my conversation with Sabrina and Rob, one thing becomes very obvious: these are exceptional humans. For them, this memorial fund will honor Zara in the best way. It’s what she would have wanted, they say.

“She appreciated every opportunity that she received to learn and grow as a rider, and helping other dedicated junior riders achieve their goals would have made her so happy.” Somewhere, there is a teenager who has followed Zara from the outset, double-tapping each post she made, earmarking her page as someone they aspired to be. Perhaps that teenager will find themselves following Zara’s path, with just a little extra help and a special cheer from the young woman who left a legacy.