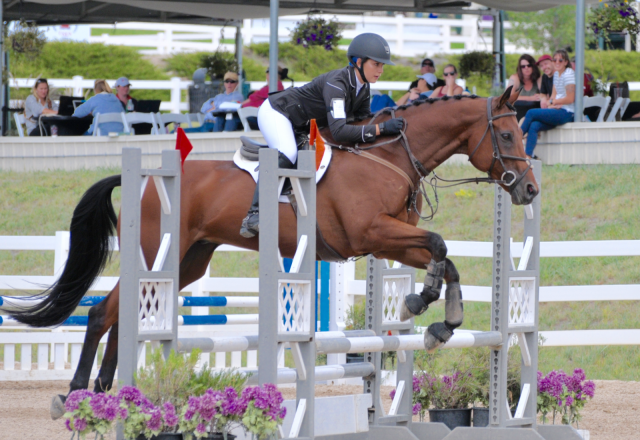 Ruth Mock, age 16, and her horse Wodie worked hard to qualify for the 2018 American Eventing Championships presented by Nutrena. In the five Beginner Novice events they’ve contested in 2018, they finished 1st, 2nd, 3rd twice, and 4th, so they were a solid partnership headed into the Jr. Beginner Novice 14 & Under Championships last week in Parker, Colorado.

After a super 8th place finish, we caught up with Ruth to ask her a few questions about her road to the AEC.

How long was your travel to the AEC?

From Scottsdale, Arizona, to the Colorado Horse Park was about 17 hours of driving for me.

Had you ever been to the Colorado Horse Park before?

Before the AEC I had never been to the Horse Park before, and I was blown away at how beautiful the facility was, how nice and caring the staff was, and how attentive this venue was to detail like the night watch sheets for the horses!

Tell us about your horse.

Wodie is a 12-year-old Appendix Quarter Horse who is off the track. Since it’s in my horses blood to go fast, eventing is the sport for him. I have had him for three years now. About a year ago he had to undergo a major surgery since he had a piece broken off of his coffin bone that needed to be removed. Although that set us back a good five months I did not let it get in our way. We trained twice as hard to come back even stronger in the 2018 season which has definitely paid off.

He loves cross country more that anything, and the feeling I get while riding him on course is really something unexplainable. He also loves minty muffins. Something that he does not like is when you eat in front of him and do not offer him anything, including Starbucks drinks! I’m so blessed to have Wodie because his personality is really one in a million — he is patient, loving and is a very genuine horse. 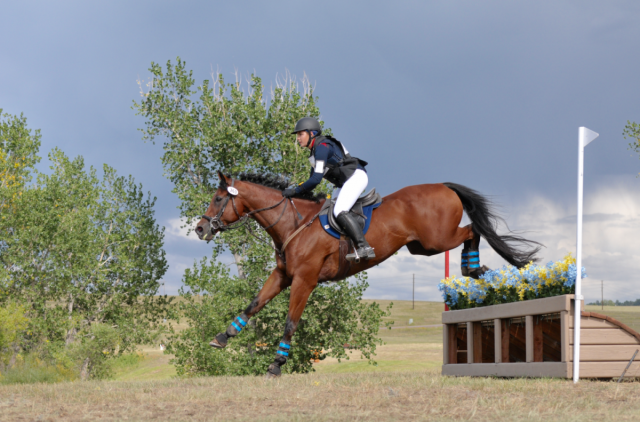 What were you most nervous about going into the competition?

I was most nervous for dressage. While it is the part of my riding that I work the most at, it still is not me or my horse’s strong suite. But I could see my hard work pay off as I was in the top five after dressage!

Did you have any AEC goals?

2018 was my first time ever going to the AEC and going into the show I was overly grateful to even be there riding my horse, which was my goal for the year. A secondary goal of mine was to make it to the top 10 and the fact that I was able to achieve that as well is pretty unbelievable to me.

Did you get held for storms and, if so, how did you handle that?

I got held for the storms twice. I was completely dressed and getting tacked up when they called the rides for that day. On cross country day I was warmed up, walking to the start box, and two horses out when they postponed all rides. This was an inconvenience and it did build up my nerves a little more than expected, but I handled this by looking at the bright side: I was not going to have to ride in the rain and lightning which my horse is terrified of (and I had to do at my past two shows!).

Tell us about your cross country ride.

My cross country ride was incredible. He jumped everything with a confidence I’ve never felt before and I had the most fun ever on course. 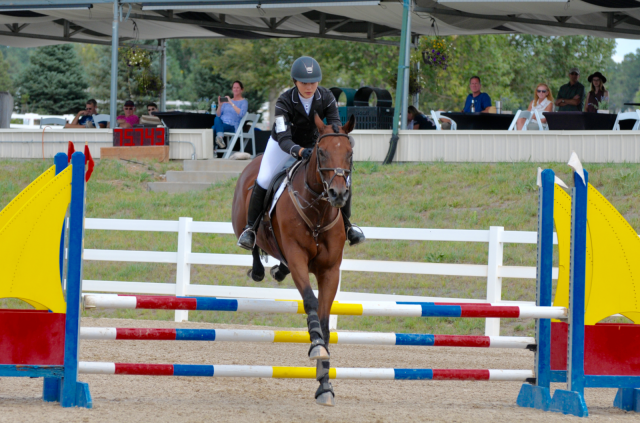 Did you feel pressure heading into show jumping?

I felt a lot of pressure but nothing I could not handle. I just went out there and had so much fun, and even with an unfortunate rail I’m still overwhelmed with how fluid my ride was and how attentive my horse was to my aids.

What is your riding background?

I have been eventing for three years but got my foundation in riding by doing hunter/jumpers. Fredric Bouland has been my trainer extraordinaire for my entire evening career.

What’s next for you and Wodie?

Me and Wodie are going to keep up all of our hard work and training and finish up this year with some local jumper shows in preparation for next year where we will be moving up to Novice!

My ultimate eventing goal would be to eventually make my way up to Advanced and have some incredible horses on the way. My eventing idol is Tamie Smith, and watching her win the Advanced this weekend was so cool and has definitely inspired me to keep working to one day be on her level.

What was your overall impression of the AEC?

The AEC was an experience that was so fun and was almost like a dream. Last but not least, I could not have done any of this without the crazy support I always undoubtedly receive from my family.

Best of luck to you, Ruth and Wodie!