Collegiate eventing is a growing sport among college athletes, offering an alternative to the traditional hunter/jumper, saddleseat and western options typically seen in athletic programs. The 2nd Annual Collegiate Team Challenge took place at the recent Chattahoochee Hills Horse Trials. University of Georgia Eventing Team President Jorja Miller was kind enough to send in a recap that the team’s advisor Kay Amann wrote. Do you have a tip about a college team? Email [email protected]. 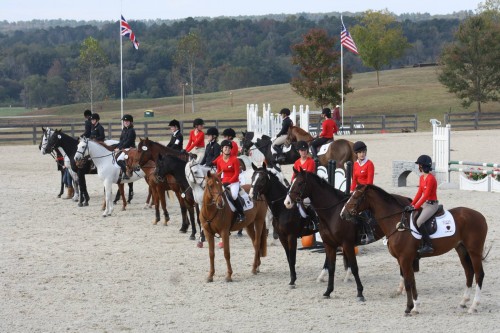 Team members line up for the award ceremony at Chatt Hills. Photo via the UGA Eventing Facebook page.

The second annual Intercollegiate Eventing Team Challenge was an incredible event for the growth of college eventing. College flags ruffled in the wind over the arena as teams from all over the southeast converged at Chattahoochee Hills. Horses, stalls, athletes and spectators alike were outfitted from head to toe in their school colors.

Perhaps the most encouraging aspect of the weekend was the fierce competitors working together throughout the show to improve the event and grow the new-wave sport of intercollegiate eventing. Everyone came away with new friends and new ideas and looking forward to the next college challenge. 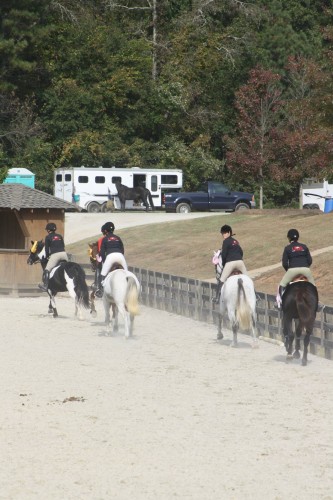 Clemson University, University of Kentucky, University of Tennessee, North Georgia, West Georgia and the University of Georgia all competed. There was such excitement about the competition that the University of Alabama sent team members to show their support even though they were not competing this year. The award ceremony at the end of the show was truly an incredible sight as teams wore their school colors.

Clemson University took fourth place with a team of Caroline Andrews, Christina Kearse, Leigh Casaceli and Haley Doyle. The fifth place honors were earned by Univerity of Georgia’s Silver Team riders Jorja Miller, Shelby Allen, Danielle Bolte and Sallie McSwain. In addition to the team awards, Emily Rusinyak of the University of Georgia was honored with the lowest individual score of the college competitors. 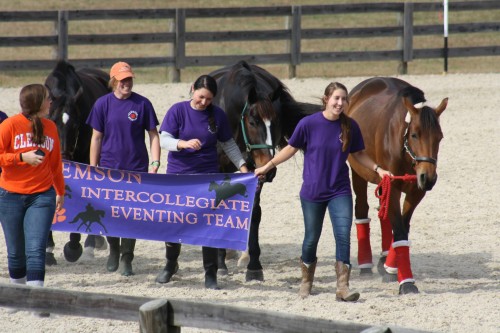 Although the University of Kentucky and Tennessee did not come away with team ribbons, they had many individual successes. We enjoyed meeting all the team members and were happy to see the newly formed team from the University of Alabama’s great attitude and team spirit. We all loved the peppermints they so graciously distributed to all our horses!

Thank you to everyone for all of your participation. It has truly made this idea of collegiate eventing grow, and we are all looking forward to many more competitions. We hope that all teams will return to compete again for top honors and that many newly formed teams will join the event. Go College Eventing!