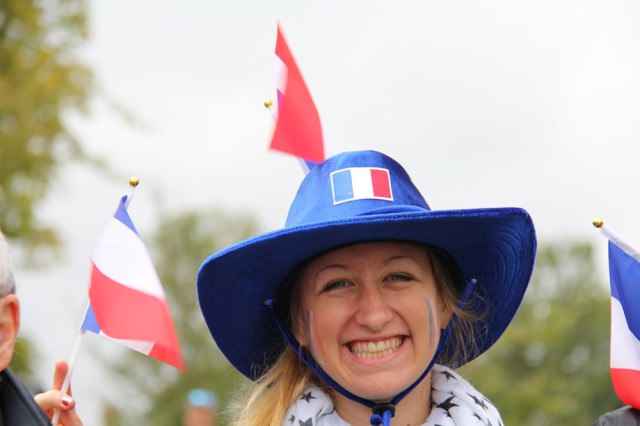 What’s red on right, blue on left, white in the middle and insanity all over? French eventing.

The home team is sitting in fourth heading into show jumping and it’s no surprise — their riders turned in some of the most brave, tactful cross-country rides we saw all day. But there is something else about the sport in this country you need to know: It’s insane.

I’m serious. I’ve never heard so much screaming as I did yesterday when a Frenchie was out on course. These people would press up to the galloping lanes a dozen deep, start cheering and waving flags around before the horse even came into view, politely pause for about three seconds while the horse prepared for liftoff, then lose their minds completely the instant the horse’s feet reconnected with the ground. Also, everyone is totally decked out for the occasion — here are a few photos I snapped while walking around on course. 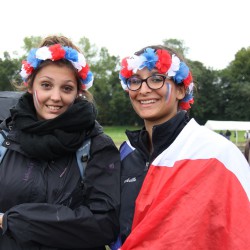 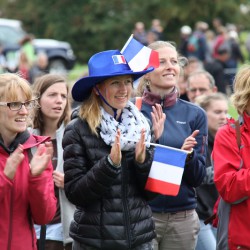 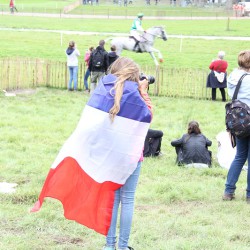 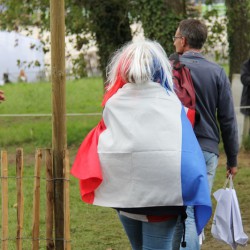 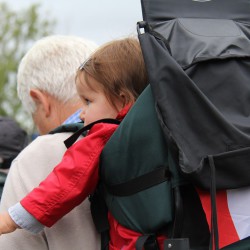 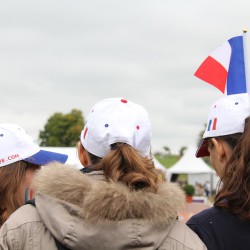 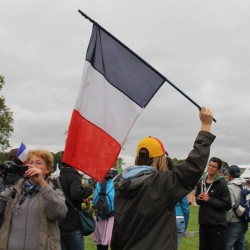 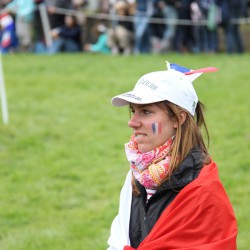 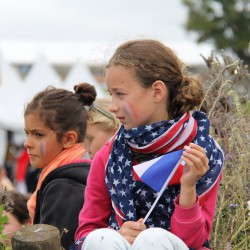 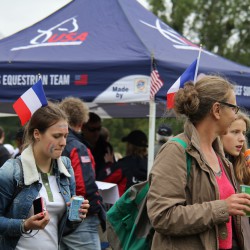 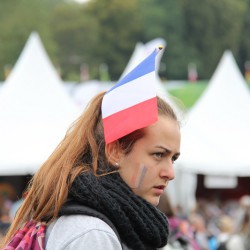 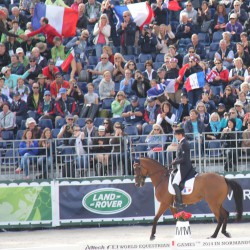 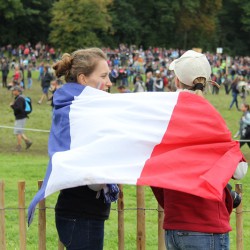 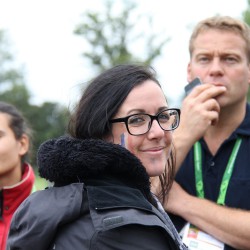 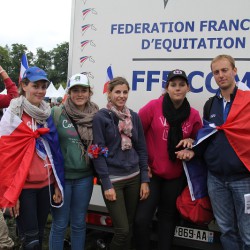 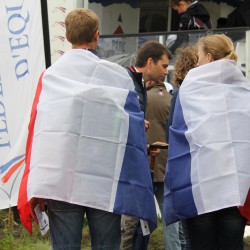 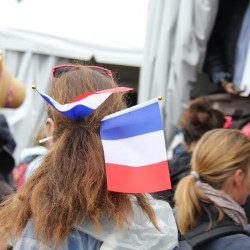 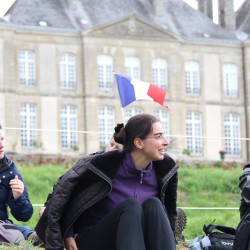 2. The French horses are insanely cool.

My favorite horse to watch of the day was Cedric Lyard’s Cadeau du Roi, a 12-year-old French-bred thoroughbred who looked like he was having the time of his life from start to finish. He hunted down each jump with pricked ears and the earnest, over-the-moon expression of a kid opening presents on Christmas morning. His expression changed only once, to a look of surprise when he glanced off a skinny, but gamely leaped over it on second attempt and galloped on with a smile — or as close an approximation to a smile as an equine can muster — on his face.

Here’s the full video of his round:

3. The French riders are insanely charming.

No one was working the crowd more shamelessly yesterday than Rodolphe Scherer, an individual competitor for France. Who gallops around a world championship course waving and blowing kisses at fans? This guy. (On yet another cool-looking grey French horse nonetheless.) Rodolphe knows his way around an international caliber course — he represented France at the ’96 Olympics, placed 12th individually and won team silver at the 1998 WEG in Rome with Bambi de Briere, and he nearly won an individual Olympic medal with her at the 2000 Sydney Olympics, placing fourth. Currently sitting in 26th place, Rodolphe may not win a medal this weekend — but he definitely won our hearts.

I distinctly remember Jenni and Kate coming back from covering Pau CCI4* last year clamoring about this attractive young French rider, Maxime, who had finished third. He’s officially got the world’s attention now, being the top-placed French rider here in Normandy (he’s sitting in 8th heading into show jumping). We’re not encouraging you to stalk Maxime on Facebook, but if you want to, we won’t stand in your way.

Here’s the video of his ride from yesterday: 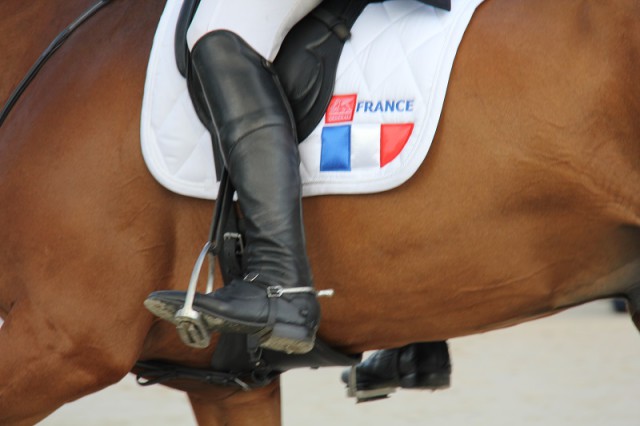