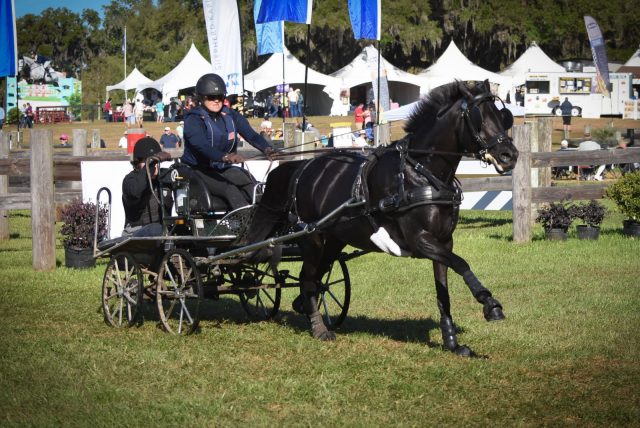 1. A sport after our own hearts. Combined driving was modeled after three-day eventing, and it’s three phases mirror our own: dressage, marathon (cross country) and obstacles or cones (show jumping).

2. Like the cross country phase, the marathon phase is the stuff adrenaline junkies dream of. I’ve stood still as a scarecrow during many questionable cross country rounds, but this weekend at Live Oak I was audibly gasping as horses nimbly navigated through the complicated hazards.

3. They bemoan dressage just like the rest of us. We strive for greatness in the first phase, but at the end of the day both eventers and drivers just want to go fast.

4. We’re all in it for a love of horses, and seeing the relationships between drivers and their horse(s) is both special and inspiring. It’s hard enough to communicate with a horse when you’re on their back, imagine doing it with just your hands and voice. 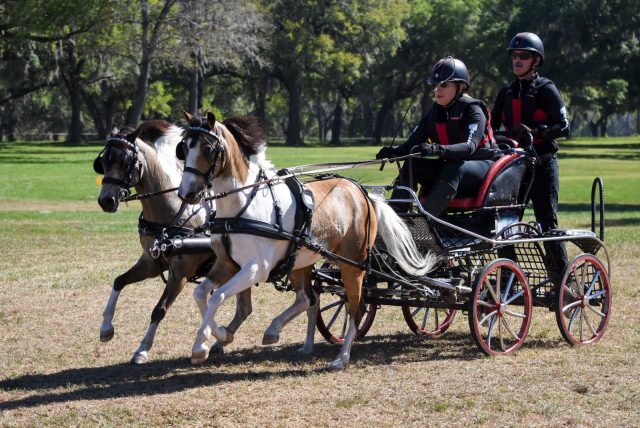 5. Fun isn’t limited to just one horse. There’s pairs, four-in-hands, ponies and pony pairs – something for everyone! 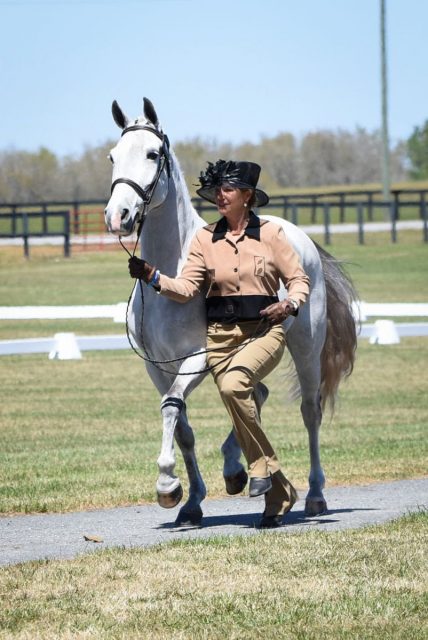 I’d also like to give an honorable mention to the hats. In the trot up, dressage and cones I saw some of the most impressive head ware. Here’s to hoping Kentucky-bound eventers take from this inspiration.