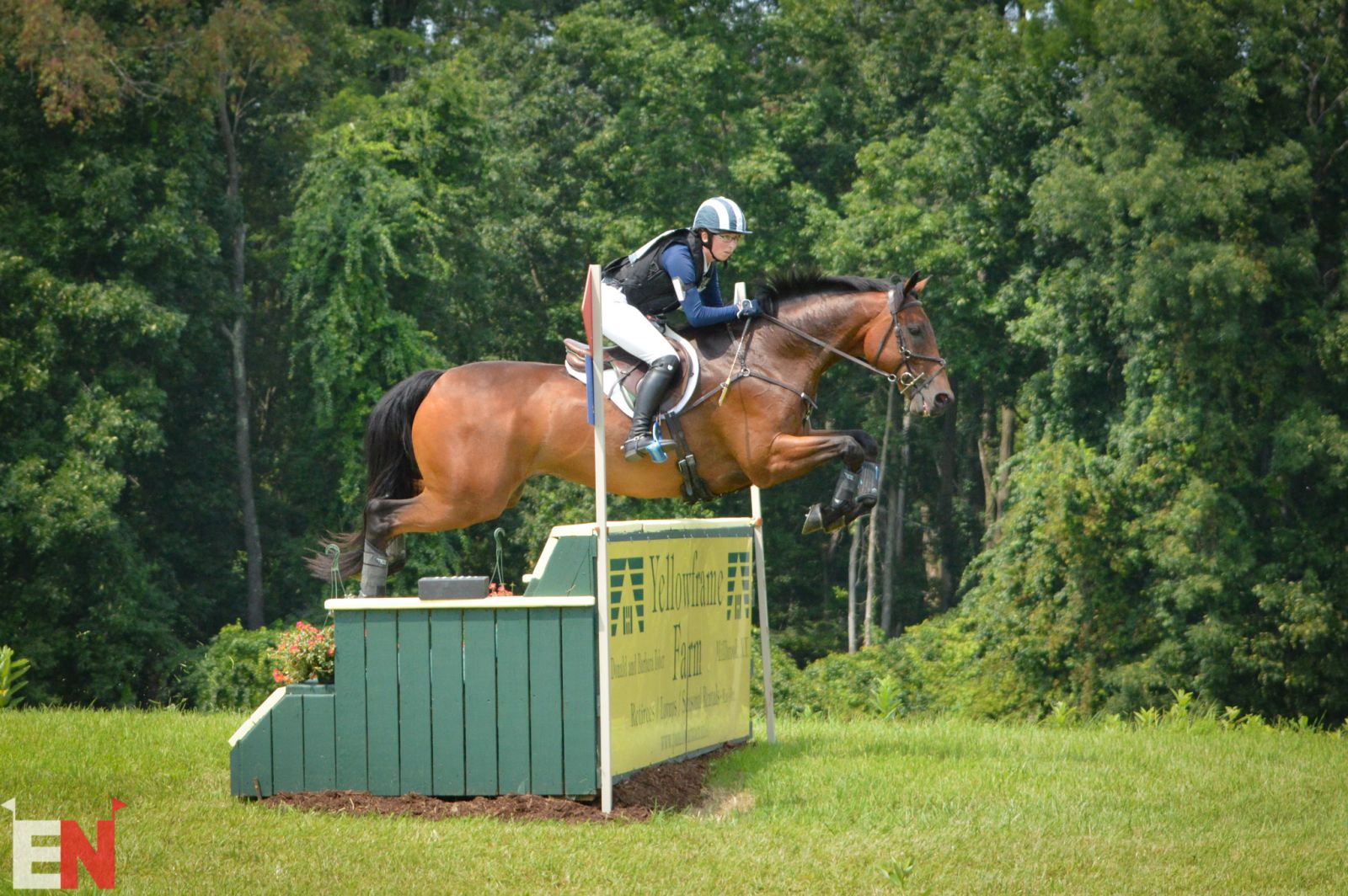 If you want to find a common thread among successful riders — athletes in general, really — you might find one in their childhood years. By the time she turned 13, Emma estimates she’d ridden over 100 different horses (she was even featured here on EN’s Horse of a Different Color series with one of her earliest eventing horses, No Doubt), mainly on account of her not having a horse of her own starting out. So, as many top riders would tell you, she would throw a leg over whatever came her way, indiscriminately seizing every opportunity that presented itself.

So when she was offered the chance of a lifetime to take on the rehabilitation and riding of the former Boyd Martin ride Master Frisky for owner Steve Blauner, it’s not a surprise to hear she jumped at it.

Emma admits she “could barely ride” the big, strong Irish gelding by Master Imp when she first hopped aboard. “I’d never ridden an upper level horse,” she recalled. “But I really wanted to figure it out. When else do you have the opportunity like that?”

Emma met Steve Blauner while she was in college near her hometown in Millbrook, Ny. She was taking night classes at the time, riding and teaching during the day. Steve, who boarded some of his horses at the same facility as Emma, eventually became a lesson client. “I wasn’t sure how much he would enjoy having a lesson from me, but we really hit it off,” she said. “After that first lesson he said, ‘you know, that’s the first lesson where I haven’t fallen off in a long time!’”

A bond had formed, and the following summer Emma went to spend the break working for Steve. In the same period, Master Frisky found himself at Steve’s farm, having flunked out of other rehab programs following a soft tissue injury that was feared to be career-ending. Master Frisky competed through the then-CCI4* level with Boyd Martin, finishing seventh at Kentucky in 2015. When he sustained the injury, he began a rehab plan but was proving to be difficult to handle. So when he arrived at Steve’s and came under Emma’s care, she made it her mission to piece him back together.

“Steve decided to bring him home to see if he could rehab him as a dressage or lower level event horse,” Emma said. “The horse didn’t owe him anything at that point. He had enjoyed the journey with Boyd immensely. So he just said we’ll see what happens.”

Emma spent a good majority of her time with Frisky walking. Long hacks around the property or down the road were low-intensity methods for slowly building strength, and after this consistent program she began to feel a sounder, stronger horse underneath her. Flatwork became a regular part of the program (and a brief stint as Steve’s dressage horse, but after one lesson he declared that he simply could not ride Frisky’s big trot), then jumping. All throughout, the scans remained clear. But, sound as he may have been, she laughs now, Frisky was still “the weirdest horse I’d ever pointed at a jump”.

“I was pretty much lost,” Emma said, describing his unorthodox jumping style and big step. “But I told myself I had an opportunity to really learn from this horse, so I’m just going to keep plugging away. We have all the time in the world.”

A year after his last Advanced start with Boyd, Emma brought Master Frisky back to the same venue at The Fork, this time to test the waters at Training level. “He was really sound,” she said. “And once again I said, this is just the coolest horse on the planet. I just want to spend as much time with him as possible.”

At the time, Master Frisky was 13, and Emma was gaining mileage with every ride. Catch-riding as much as she did as she grew up, she’d never really had the opportunity to take the next step with her competitive career. In close consultation with Steve, Emma decided to keep going with Frisky. Since then, he’s become her first everything: first FEI horse, first Intermediate horse, first Advanced horse. And the whole time, she had Steve cheering her on, thrilled in his own right to see his horse find a new place in life.

Master Frisky has been a puzzle Emma’s been happy to piece together, little by little. Riding him wasn’t about furthering her career or winning. “It very much became more about ‘how do I get the absolute best out of this horse? How do I produce him to the best of his ability while keeping him happy and comfortable?’” The fact that she’s now found herself qualified for and entered in a CCI5* is icing on the cake.

Despite the ease with which they’ve moved up, Emma says she prioritizes Frisky’s wellness and keeping him healthy. At the same time, she recognizes the balancing act that is obtaining the experience she needed to advance, too. After all, she had just the one Advanced horse, and she was an up-and-coming upper-level rider herself. “It was a really good match as far as the pace I needed to go for my own education and the pace he needed to for his physical situation,” she explained. “I think had he been on a shorter timeline, maybe he would not have held up. So I think the fact that it took me a few years to be prepared for that made it possible.”

Management at home plays a large role in balancing longevity with mileage. “I just try to be really smart about making his lifestyle as simple as possible,” Emma described. “He gets a lot of turnout and we do a lot of walking — a lot of walking. He doesn’t need to keep running to stay sharp — he shows up and he’s like ‘put me in, coach!’. So it’s been finding a balance of getting out often enough that I’m staying in the flow while not putting unnecessary miles on his legs. But he’s been a pretty easy horse to manage.” 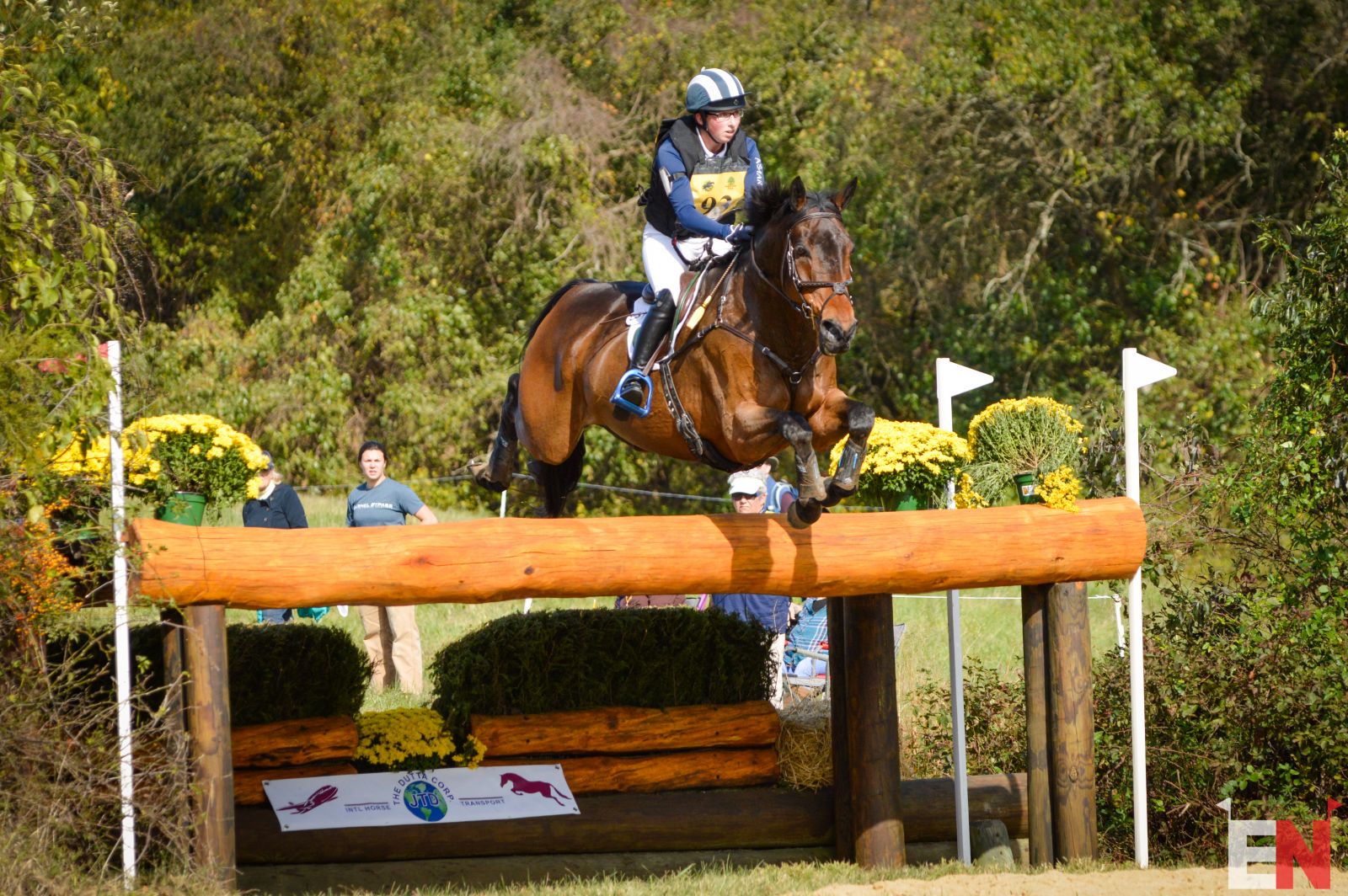 Emma says this unlikely, surprising path to her first five-star has taught her a lot. She says she’d love to open her own rehab center down the road, as she’s taken a strong interest in the nuances of coaxing a horse back to health. She’s become more mindful of her own biomechanics and how imbalances in both horse and rider can cause long-term problems. And in the process, she’s come to know her horse like the back of her hand. It’s given her a simmering sense of confidence as the week ahead approaches.

“I’m really invested in the partnership side of eventing, so Frisky is really special in that I feel so comfortable and we know each other so well that I don’t really get nervous,” she said.

Many riders will be riding in honor of Steve this week at Maryland; Steve, who passed away in 2020 at the age of 67, was a longtime supporter of the sport, owning horses for Boyd Martin and Doug Payne as well as launching the MARS Bromont Rising Program to support the up-and-coming talent. It’s delightfully fitting, then, that Emma would go on to receive a MARS Bromont Rising grant in 2019 and will now trot up on Wednesday with a horse he once owned for Boyd.

“He is very much still with us,” Emma said. “He’s constantly in my thoughts. I am just so thankful because the whole time Steve was nothing but supportive and encouraging, literally with us every step of the way.”

For more of Eventing Nation’s coverage of this week’s Maryland 5 Star, click here. Our coverage of Maryland is brought to you by Kentucky Performance Products.