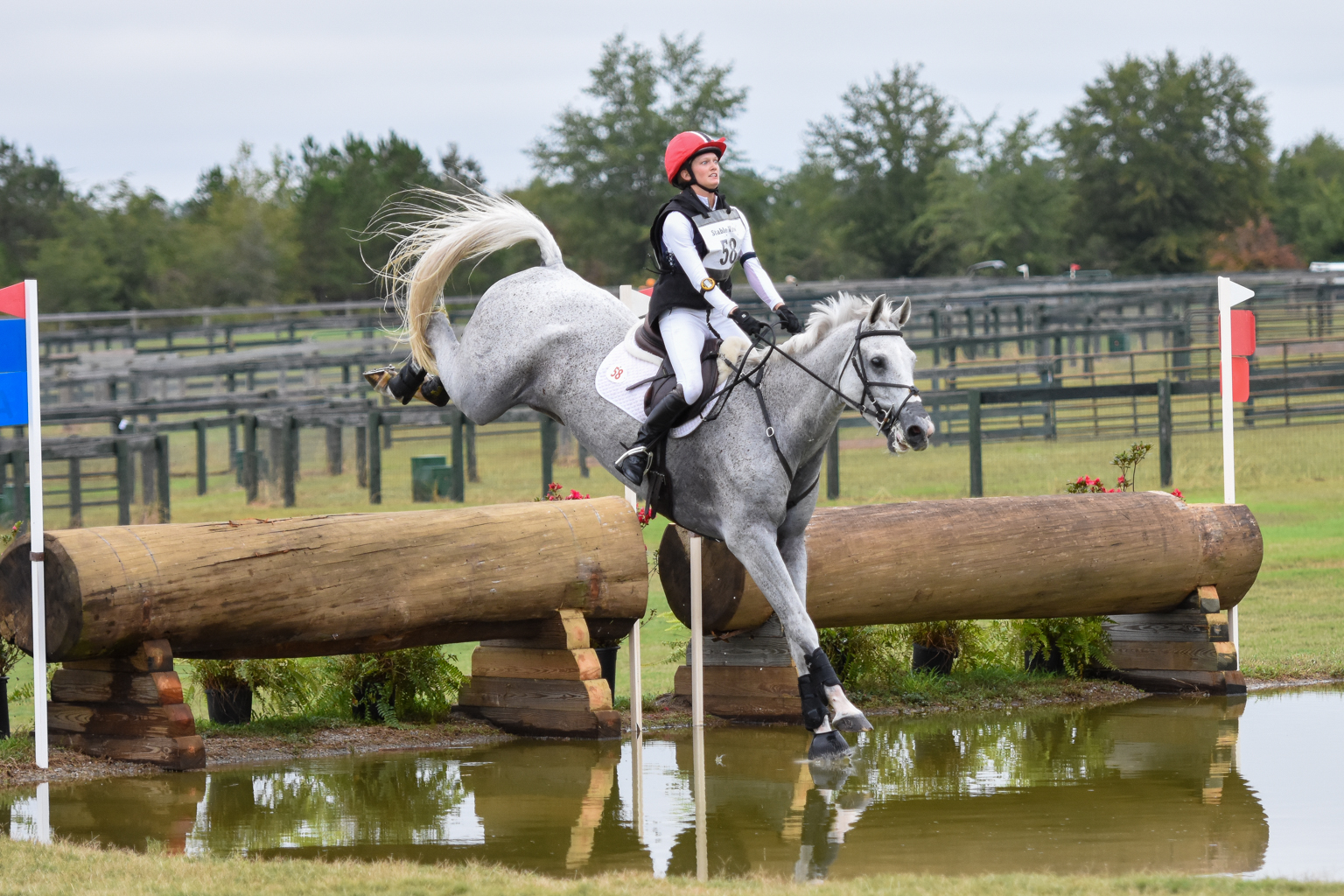 Ashlynn Meuchel has vivid memories of her first year partnering with the gray Dutch Warmblood gelding, Emporium. Many of them involve her trying to stay on.

Emporium, or “Theo” as he’s known at home, has been a quirky, challenging partner for Ashlynn, but patience and diligence now have them on the cusp of making their CCI5* debut at Maryland this week.

Ashlynn grew up in Kalispell, Montana, best known in the eventing community as the home of The Event at Rebecca Farm. The eventing community in the area is small and close-knit, and it’s one of those areas where you don’t bat an eye at the prospect of a 10 hour drive just to compete for a weekend. It was through this close community that Ashlynn would meet Sarah Broussard, a longtime and incredibly generous supporter of the sport as well as her local community.

“I started eventing when I was about 12, and eventually had an older Thoroughbred that I did a Prelim on, but who didn’t really want to keep going,” Ashlynn said. “Sarah was the one who first mentioned Young Riders as a goal.”

Sarah, who is an eventer herself and has been the manager of Rebecca Farm in honor of her mother, Becky Broussard, for two decades, is a thoughtful contributor to the sport in a variety of ways. From ensuring the annual Rebecca Farm event is a true destination for all riders, to contributing the Rebecca Broussard Developing Rider Grants, to encouraging local young riders to pursue their talents, Sarah and her family’s impact on the sport can be found nearly everywhere you look. This includes Ashlynn, who eventually did qualify for and compete at Young Riders (finishing in the top 10 in 2013) on a horse that Sarah partnered with Ashlynn’s mother, Kelli, to purchase.

After graduating from high school early, Ashlynn went to California to work for Tamie Smith, staying on during breaks after she went to college. And it would be through Tamie that Ashlynn would find Emporium (Cartano – Upana, by Open), who’d done a Beginner Novice with Tamie and was still very much green.

This is where Ashlynn laughs and tells me a story of an early ride on the leggy gray gelding. “It was during a Phillip Dutton clinic at the farm, and we were just walking by the arena but suddenly he was leaping around in the air,” she recalls. “Somehow I stayed on, but people from the clinic were coming to check on me after.” 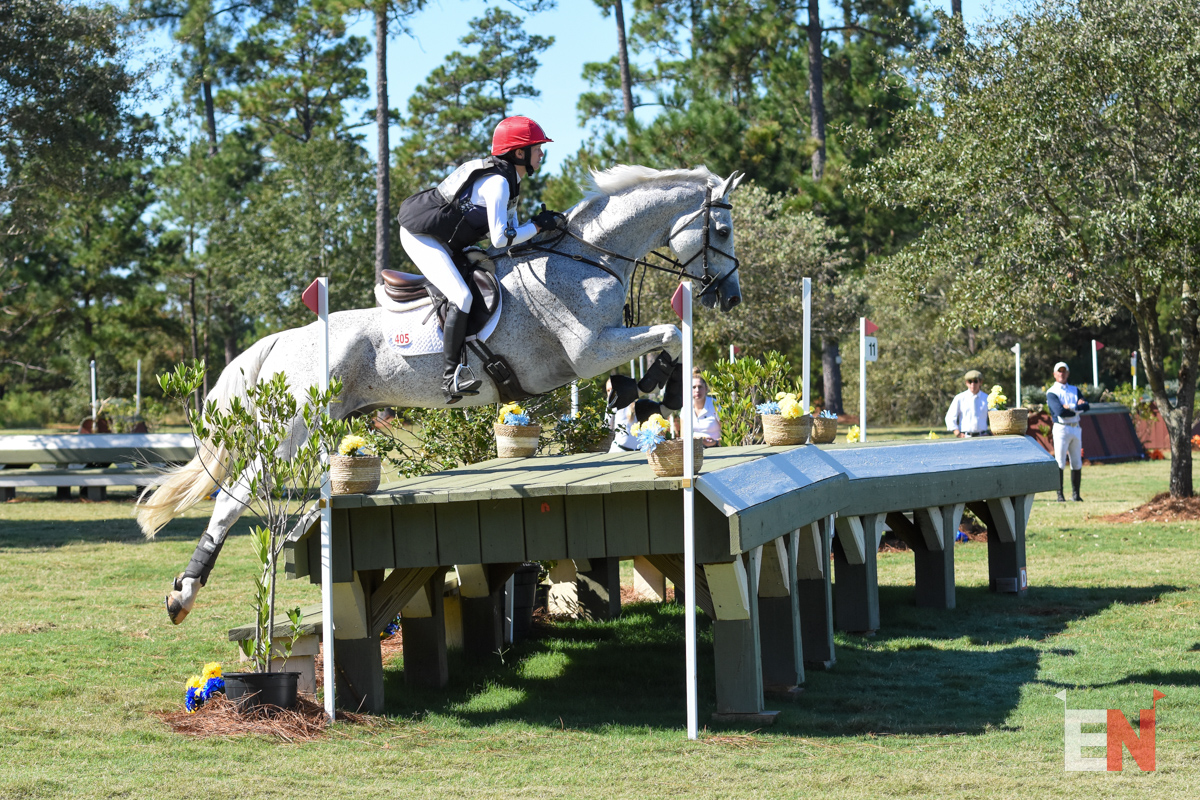 “He was so athletic that he sort of scared himself and lacked some confidence,” Ashlynn continued. “And I was 18 and was still learning too, so it took us some time to work through that.”

Once she was through with college, Ashlynn moved again, this time to Florida where she began working with Jennifer and Jon Holling. At this point, Ashlynn and Theo had progressed through the Preliminary level and she knew that if she could just finish putting the pieces together she just might have a capable five-star horse on her hands.

“I kind of moved (to Florida) because I knew I had the horse and I knew if I could make him go well, we could do big things,” she explained. “Jen really encouraged me to just keep at it with him. But it was challenging — he’s always been a fantastic athlete, but it was always a question of `was he too careful?’”

So Ashlynn kept at it. She practiced. She changed her approach, focusing more on teaching the horse to think for himself, rather than trying to micromanage the ride. “That has helped him be more confident in himself,” she reflected. “You have to instill the confidence that they can do it, too.”

She credits much of this refreshed approach to her work with Clayton Fredericks, who’s been another mentor to her over the years. “He teaches more constant repetition and constant improvement and confidence for the horse rather than sort of muscling them around and trying to get it done,” she said.

Another difference-maker for Emporium? A simple tack change. Ashlynn switched to an Amerigo saddle, and suddenly an issue with dropping into the water was completely gone. “Once I switched, he started jumping into the water and hasn’t stopped since,” she said. “And he’s just kept stepping up for me every day since.” 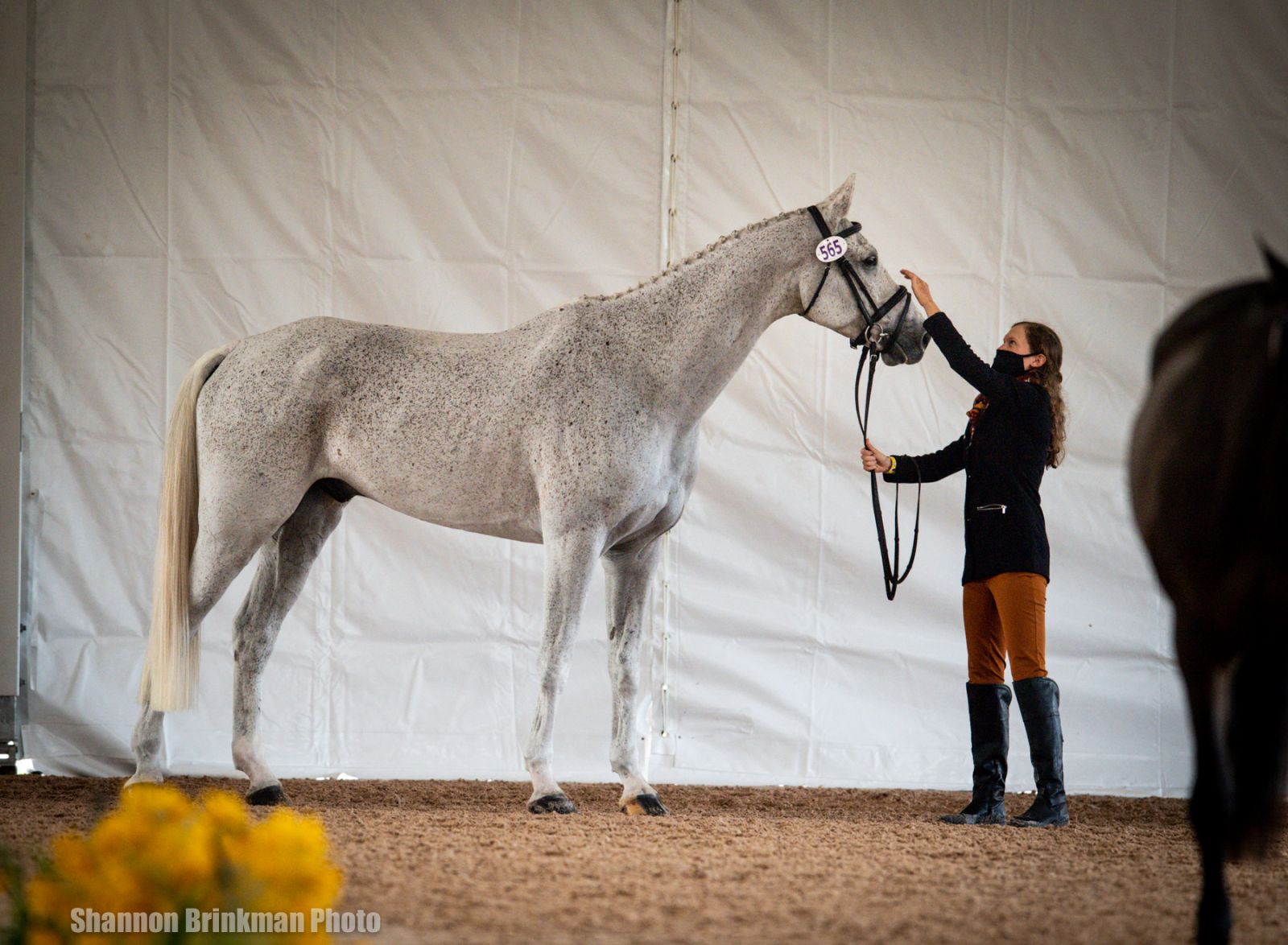 Ashlynn didn’t begin to seriously weigh her CCI5* options until earlier this year, after Emporium, who is 12, made easy work of his second CCI4*-L at Jersey Fresh in May. “I’d taken him to Tryon last year and he ticked that box, so I put Jersey on the schedule and he made that feel easy,” she laughed. “So then it was just a matter of, what’s next?”

Thanks to a seed that was planted early on and given some nurturing by Ashlynn’s mother as well as Sarah Broussard, Ashlynn also now finds herself at the helm of a growing business. She’s gone into business with fellow Advanced eventer and show jumper Jeanie Clarke, fully immersing herself in Ocala life where she can continue to measure herself among the best in the country. “I wanted to come east, number one to learn and to get better. Two, you really know exactly how good you are out here. It gives you a very good idea and boy, I learned I was not very good when I first came out here!” she laughed. “So there was a lot to learn, and there still is.”

And despite his quirks (“everyone who lives with him thinks he’s about the weirdest horse they’ve ever been around”), Emporium’s carved out a niche for himself as the one who’s taught Ashlynn the most lessons. As for the little five-star happening this week? To the best of her ability, she’s trying to keep things business as usual. “I try to keep chipping away and keep my head down and keep going. I’m trying not to go wild and do anything crazy. I just try to keep within the program that’s been working and chipping away to get a little better every day.”