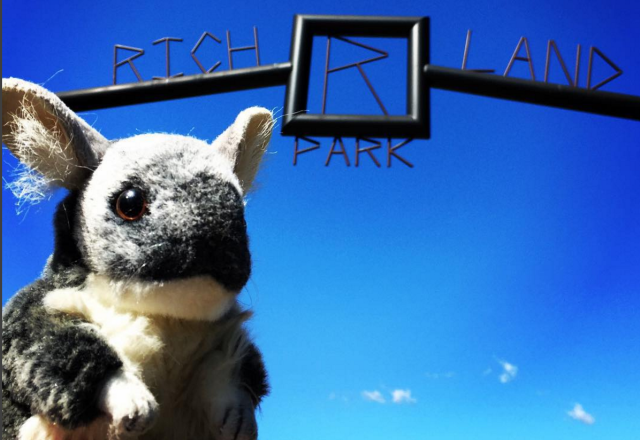 Richland Park Horse Trials is one of our favorite events of the year, and we expect the 2016 edition to be no exception. This year’s event kicks off on Wednesday with the first horse inspection for the CCI2* and you better believe Eventing Nation will be up there in the thick of it, getting our Michigan fix.

Here are seven reasons why we’re excited and you should be, too:

Maggie Deatrick will be along shortly with her “By the Numbers” Richland preview, but I snuck a peak and it looks like we’re going to have a real dogfight on our hands across the board this year.

Included among the entries are three Rio Olympians: Boyd Martin, who has a heaping six horses spread across the two- and three-star divisions, including Welcome Shadow and Steady Eddie in the CIC3*; Lauren Kieffer, who has two in the CIC2* and D.A. Duras in Advanced; and Jessica Phoenix, who has four going including Abbey G.S., winner of the hotly contested 2015 Richland CIC3* “Cutest Face” award. Can she defend her title?

Phillipa’s memory continues to reverberate throughout the eventing community and in her home state of Michigan it rings especially strong. We love that Richland has chosen to honor her legacy with a namesake Advanced division.

There are 15 entries in the division, which alongside the Richland CIC3* marks the first qualifier of the 2017 Adequan Gold Cup Series. Kim Severson and Cooley Cross Border led last year’s Richland Advanced division from start to finish, propelled by Chinch karma throughout.

Who will take this year’s title? It’s anyone’s game. Among our favorites: Joe Meyer and South Paw, whose enthusiasm for Richland H.T. was unmatched at last year’s event!

Up, up and away! Joe Meyer flies his equine kite at the Richland Park HT CCI2* jog. #ponyonastring #goeventing #richlandpark #EventerProblems

#3. Richland has the fanciest dressage bit checkers in the land.

We expect the “Girls in Pearls” will be out in force this year as usual, inspiring us all with their ringside fashion. If anyone can make Latex gloves look sexy, it’s these ladies!

#4. The creative, challenging cross-country track. Designer Ian Stark and builder Bert Wood are a cross country dream team, and we can’t wait to see what they have up their sleeves for this year’s event.

#5. Marc Donovan’s shake-up-the-leaderboard show jumping course. Richland’s undulating turf show jumping course promises to keep things interesting, highlighting the weaknesses of some and working in the favor of others. These two pairs show us how it’s done:

Chinch clearly has mad scope but needs to work on that right drift. #richlandpark #goeventing #chinchstagram

But you can’t help but love that, instead of getting all uppity-up wine-and-cheese dog-and-pony show with their event, Richland has opted to just embrace its inner Farmer Joe.

Exhibit A: serving whole ears of corn, harvested just that morning, at the competitor’s party.

Disgustinglicious! Just kidding — you know I’m going to be all up in that melty corn butter business.

Right now Wednesday and Thursday in Richland look a little bit dicey — the forecast is calling for 80% chance of thunderstorms both days — but after that it should be smooth sailing: temps in the upper 70s and clear blue skies. All of us traveling up from the muggy, miserable South will be thrilled for the change of pace!

Keep it locked here throughout the week for complete Richland coverage. Go Eventing!