We’ve been treated to some incredible content this year as Great Britain’s Piggy March created a vlog to keep her followers up to speed on her training and competitions. In her latest vlog, Piggy takes some time to be vulnerable after news broke this week that she and Brookfield Inocent, owned by John and Chloe Perry and Alison Swinburn, would not be traveling to the Tokyo Olympics as traveling reserve. Great Britain will instead send 2018 World Equestrian Games champion Ros Canter and Allstar B as traveling reserve; the team departed for Tokyo this week from their Pre-Export Quarantine at the British National Showjumping Training Centre.

It was a tough decision from all parties involved, and at the end of the day the decision was made to not have “Arthur” travel all the way to Tokyo to potentially sit on the sidelines. With the European Championships approaching in September, the preparation for that event would have been tough to complete with a trip to Tokyo in between, and with this year’s Olympics limiting the number of owners allowed to travel as spectators, Piggy’s owners elected to take the tough decision not to send Brookfield Inocent.

“I am totally behind my owners, I do understand where they’re coming from,” Piggy reflected in her vlog. “It is a massive ordeal for potentially a horse to go out there and do nothing.”

But that doesn’t make the disappearance of another Olympic dream any easier to stomach; Piggy narrowly missed out on a berth for Great Britain at the 2012 Olympics held in London after both of her top prospects sustained injuries. Understandably, she admits that this has been a month of ups and downs, a lot of feeling of failure or not being good enough. “I have cried a lot, I have banged my head against the wall, it has been fairly grim to be honest,” she said. “As an athlete, it’s all you want to do. You try everything you can do and you feel somewhere along the lines you’ve let your horse down.” 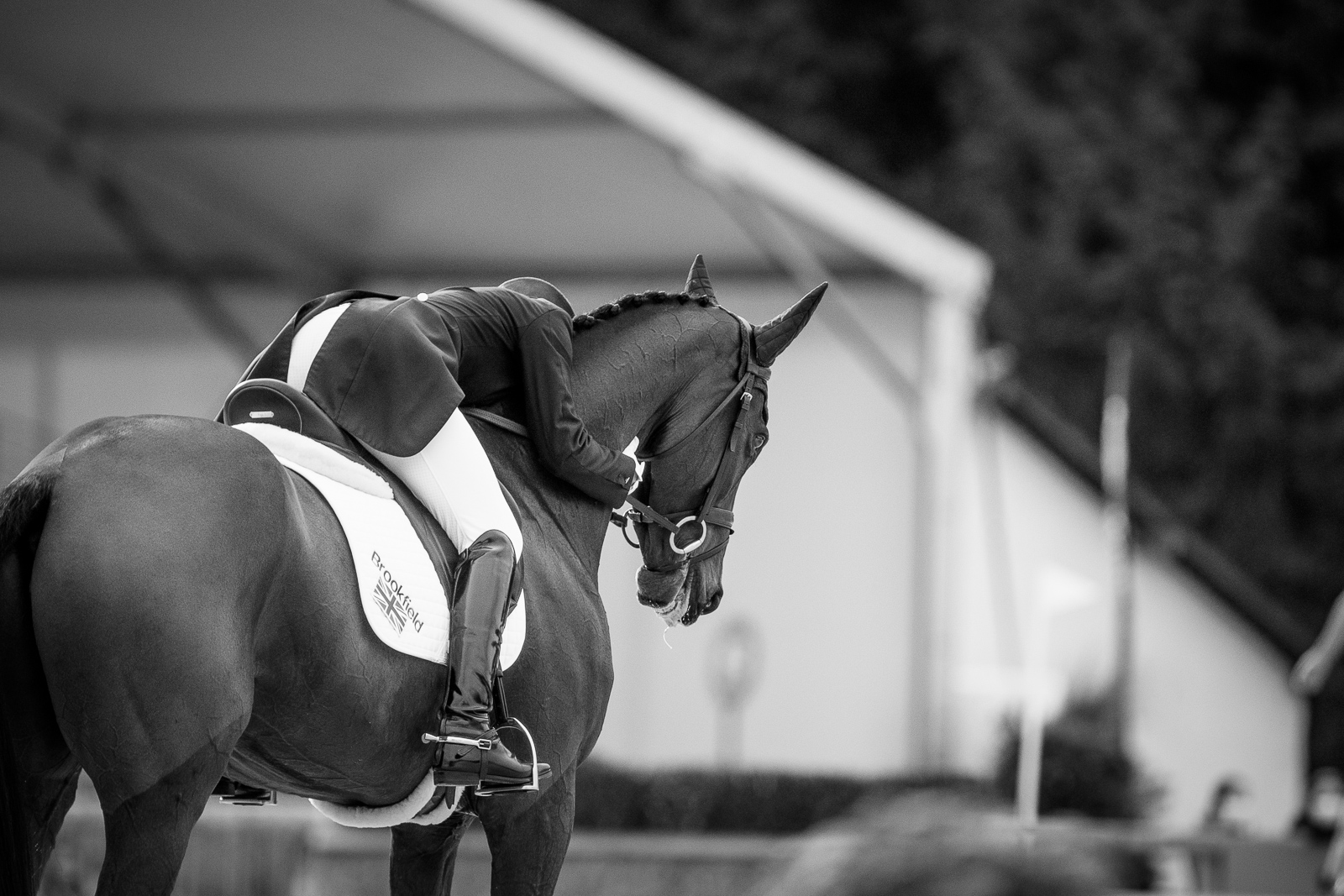 It was a moment back at her lorry at Keysoe, the weekend after the British team exhibition at Windsor, that helped bring Piggy back around. Her four-year-old son, Max, noticed his mother was upset and asked why she was sad. She told him she just wasn’t good enough, that she hadn’t been good enough. Max thought about this for a second and reminded his mom of how many trophies she had in her home. “Don’t give up,” he told her. “Don’t be sad.”

Piggy says her family reads a lot of Peter Rabbit, and one of their favorite sayings from the books is “A good rabbit never gives up”.

“As with everything, time is a good healer and I have got better at sort of being able to talk about it or understand it,” she said. She reiterated several times during her vlog that her intent with her reflection was not to elicit sympathy or spark a debate or, most importantly, to put her owners or the selection process down. Her ownership team has been absolutely wonderful and supportive through the years, she says. “They’re very passionate about the sport, they’ve been fabulous through the years.”

The depth that Great Britain has is undeniable; without a doubt, the selectors could likely have picked an entirely different team of three and had just as strong of an offering for Tokyo. We’re gutted for Piggy and her team and we look forward to seeing them kick on later this year, with any luck at the European Championships, which are currently slated to be held at Avenches in Switzerland September 22-26. A crowdfunding effort has been launched to help the event meet its goals.