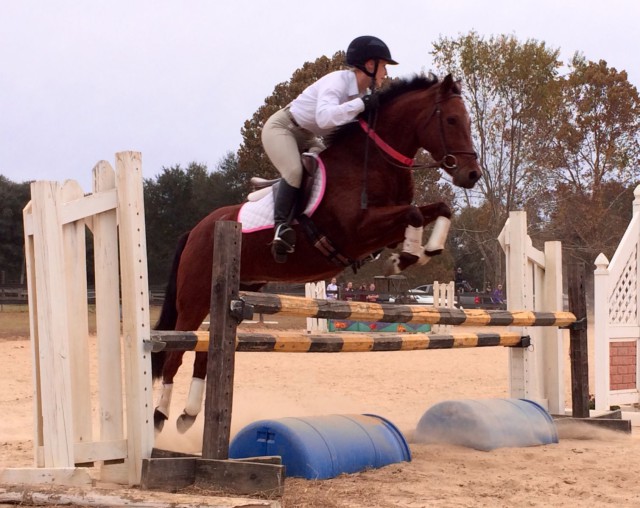 Becca and Cajun show off their springs. Photo courtesy of Becca Willner.

When Becca Willner competed her Prelim horse at the 2012 AECs, she jokingly commented “how low-stress and fun a pony would be,” she had no idea that her next “big” prospect would come in a 13.3-hand package. Cajun, a green Caspian/Quarter Horse cross, was owned by DiMar Caspians of Hawthorne, Florida and offered to Becca as a training project.

“I got him as a 5-year-old, basically out of a pasture where he lived with a small herd of young Caspians,” Becca said. “He had been started under saddle off and on, but never in a program. He literally couldn’t trot straight down the long side of an arena. My mom was too busy laughing to ask, ‘What have you done?’ It was a small disaster.”

Despite its diminutive size, the rare Caspian is considered a horse breed. Characteristically very hardy, Caspians have solid feet and an elegant face. Cajun’s Caspian heritage is apparent in his smaller size, lovely trot, and versatility. Becca said that Cajun took to jumping right away, and always has a perky expression to go along with his surprisingly ground-covering stride.

“By fence three, he feels like he could jump anything in front of him,” Becca said. “I call him my pint-sized rock star.” 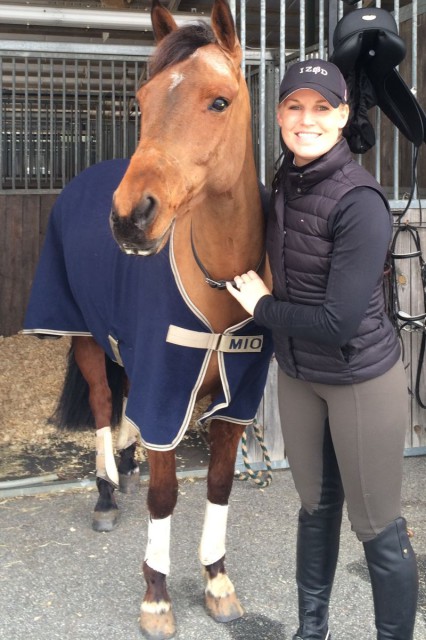 Even as a youngster, Cajun’s enthusiasm for his job impressed Becca. She wasn’t sure if he had ever been off his home property before coming to her, but “in all his adventures, he has never been worried or bothered.” Becca said that the more involved he got in his training, the better he behaved.

“Show jumping is probably my favorite phase on him because he is so tidy,” she said. “I have had to learn how to sit up and get out of his way while staying light in the seat. It has bettered my riding for sure!”

Becca has evented with Cajun up to the Novice level, and he Pony Clubbed in 2014 with one of her students. The SouthWind Dressage and Eventing Association named them champions in the Beginner Novice Combined Test division and reserve champions in the Beginner Novice Eventing division for 2014. The pair also recently earned a 31.0 in a Novice schooling show.

“We jump a lot on sheer faith and desire! It’s the only way when you are sometimes eye level with the fences!” Becca said. 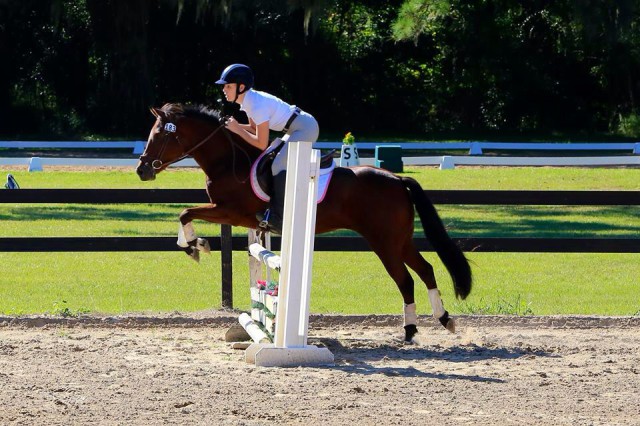 Becca’s short-term goals with Cajun “revolve around maximizing his scores on the flat and exposing him to different venues.” She believes this small but mighty eventer could tackle Training level with a shorter rider, but she considers a Training combined test as a realistic long-term goal for the two of them. In the meantime, she plans to keep competing Cajun at the Novice level as long as he continues to enjoy it.

“After that, who knows?” she said. “My nieces will have a great time getting exposed to horses through him because he’s a less intimidating size. Hopefully a future student will get to learn from him as well.”

When it comes to personality, Cajun is a total ham.

“He knows he is cute. He knows he is talented. One minute he is all sass, and the next he is blowing in your ear and trying to crawl in your lap.”

Becca sent us the following picture to give photographic evidence of her pony’s mischievous ways: 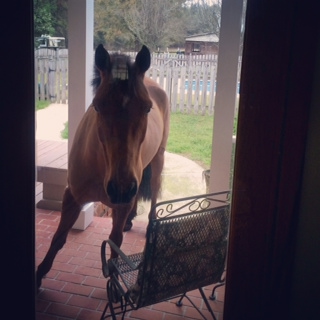 Yes, that is a pony on the porch. Photo by Becca Willner.

“The barn and pasture are nowhere near the house, yet he knew exactly where to find us,” Becca laughed. “Talk about an 8am wake up call! You want to call him a puppy dog, but it’s a totally new level of adorable.“

“When he came, I had all intentions of him being a quick sale,” Becca explained. “One thing led to another, and he has turned out to be one of the most fun challenges I have ever faced… He is just a refreshing breath from all the tension and intensity of the upper-level horses. At the end of the day, I get the same thrill jumping him over the Novice tables as I did galloping over the Intermediate! Cajun is a great dose of perspective and why we love our sport from start to finish.”