We are excited to announce a new series here on EN called "A Horse of a Different Color." We will be featuring horses and ponies that have been successful in the sport of eventing while representing a unique breed. Do you have a horse that you think would be a great feature subject? If so, email [email protected] 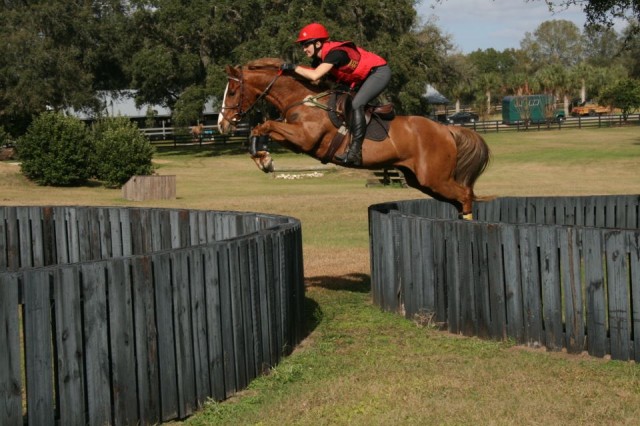 Eventing ponies stole our hearts a long time ago, with Theodore O’Connor heading the superpony movement. Fortunately for us, another pony is making his way up the ranks and shows all of the makings to be a future superstar. Little Big Man is a tiny pony with a humongous heart who has been campaigned by Melissa McMaster. Melissa was kind enough to tell me more about this pocket rocket that everyone in the barn calls Mopar.

While Mopar’s USEF card lists him with a Quarter Horse sire and a Paint dam, Melissa questions his breeding. “He just screams Arab cross to me,” she said. Standing at just 14.2 hands, he exhibits much personality and movement similar to that of an Arab. Melissa’s mother, Dee, was actually the one who first laid eyes on Mopar. At the time, Mopar was more or less a backyard pony who competed in a few schooling jumper shows, and Dee was judging at a show where Mopar was competing.

Once she took in his huge jump and smart attitude, Dee knew she was looking at something special. After talking with Mopar’s owner at the time, the decision was made to take him cross-country schooling for the first time. “Within 10 minutes, he was jumping everything; it was all play to him,” Melissa recalled. “He would just look for the next big thing to jump.” Once Melissa realized that this pony’s calling might be eventing, a sale was drawn up and finalized. 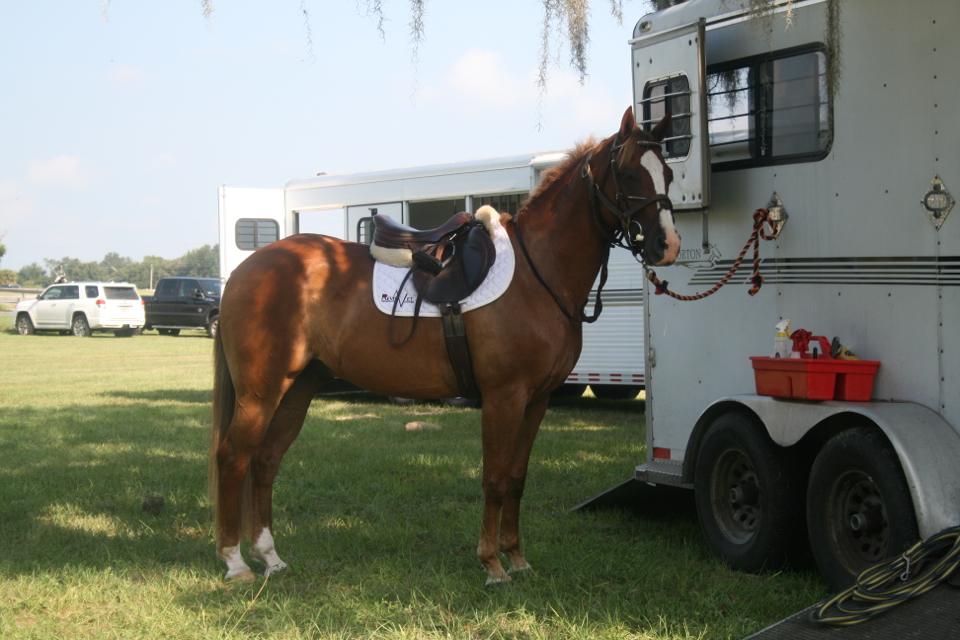 All dressed up and ready to jump. Photo by Dee McMaster.

The primary challenge in training Mopar was the dressage work. “He really was very very reluctant to have any contact when we got him. If you touched his mouth, he would put his head into a very tight ball of energy frame,” Melissa said. “So we did a lot of walking. Lots of serpentines and trail riding and just throwing the reins away. That slowly progressed in the trot after about 60 days of just walking.”

After taking some lessons with Pierre St. Jacques, Melissa discovered that Mopar’s favorite movement to do was extend. “I have pictures of him doing an extended trot, and he looked like a well-trained, upper level dressage horse,” she said. “Pierre said that he had the power and balance to be a straight dressage horse if we wanted.”

Progressing Mopar’s eventing career was still the goal, so Melissa began competing but ran into some challenges due to her 5-foot-11 frame. “I usually ride horses that are 17 hands, so it was a big adjustment,” she said. Show jumping has proven to be a challenge for the pair, but Melissa takes the responsibility for this, as she realizes that the size difference plays a big role. Once she realized that Mopar would benefit from a rider of smaller stature, she began to look for possibilities. 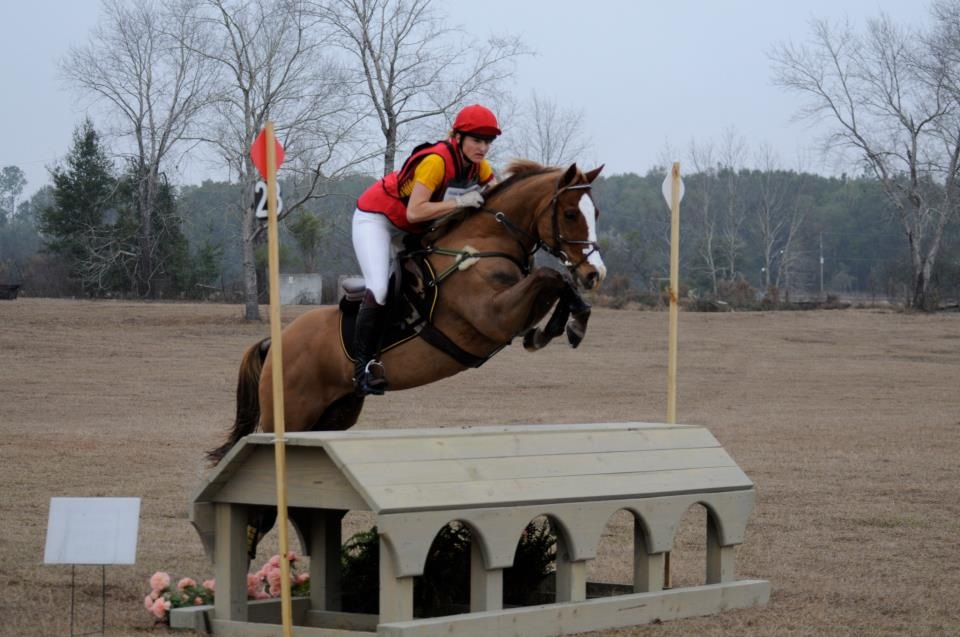 Christan Trainor is a U.S. rider based in Sydney, Australia, who produced legendary pony Theodore O’Connor before Karen O’Connor took over the reins. Initially, Melissa’s mother made contact with Christan to get some casual advice from someone experienced in training upper level ponies. Eventually, the decision was made to sell Mopar to Christan, who put together a syndicate for the purchase.

Mopar will be making his way to Australia later this spring. While Melissa is disappointed that she will not be the one to take Mopar to the top, she knows that he will be in the best possible hands with Christan. “To watch him is just awe inspiring,” Melissa said. “He truly does have a horse stride and can make the big distances. I really wanted to bring him up, but I know [Christan] will do a great job.” 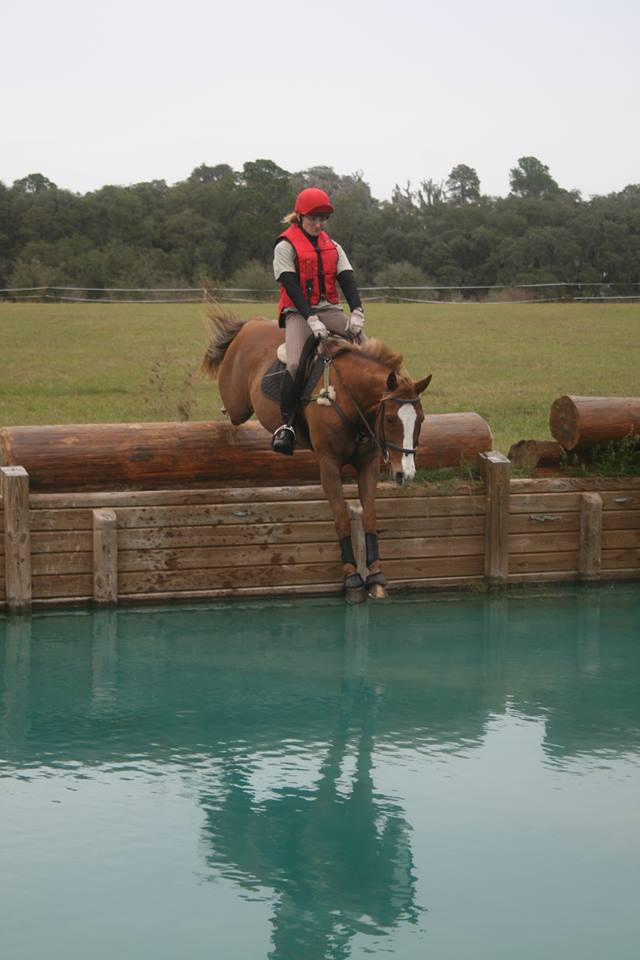 Mopar has already earned quite a reputation on the eventing scene. “He really is the horse that you stop to watch jump. He jumps so big and so high, he’s just incredible. He’s the horse that jumps the 6’ standard. At Ocala, everyone would stop to watch him go and ask questions about him,” Melissa said.

While I’m sure everyone will be sad to see Mopar go to Australia, we can rest assured that we haven’t heard the last from what looks to be an eventing superstar. Best of luck to Christan and Mopar as they begin their partnership this spring, and many thanks to Melissa for sharing her story with us.

To keep up with Little Big Man (Mopar)’s adventures, check out his Facebook page.