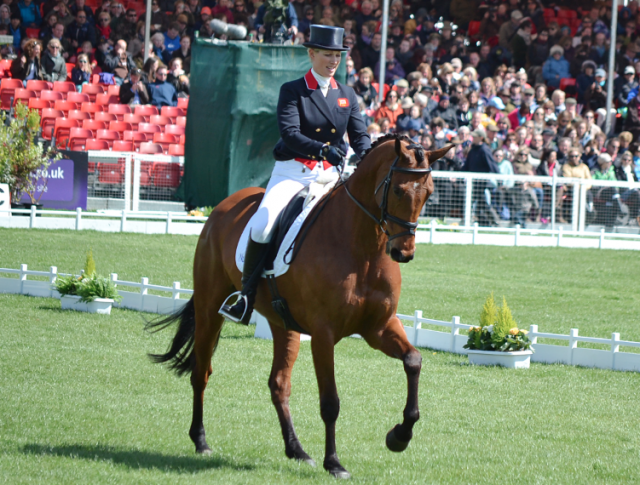 Congratulations are in order for Zara Phillips and her husband Mike Tindall as they welcomed a brand new baby girl into the world earlier this morning, and Buckingham Palace released an official statement shortly thereafter:

“Mrs Michael Tindall today safely delivered a baby girl at Gloucestershire Royal Hospital. Mr Tindall was present at the birth. The weight of the baby was 7lbs 12oz.

The Queen, The Duke of Edinburgh, The Princess Royal, Captain Mark Phillips and Mike’s parents, Mr Phillip and Mrs Linda Tindall, have been informed and are delighted with the news. The baby’s name will be confirmed in due course.

Zara competed and rode through her pregnancy, causing lots of controversy about her safety decisions. She announced her pregnancy last year in July, shortly after competing at Barbury Castle International Horse Trials. Her new baby, yet to be named, is the third grandchild for HRH The Princess Roya, and 16th in line to the throne.