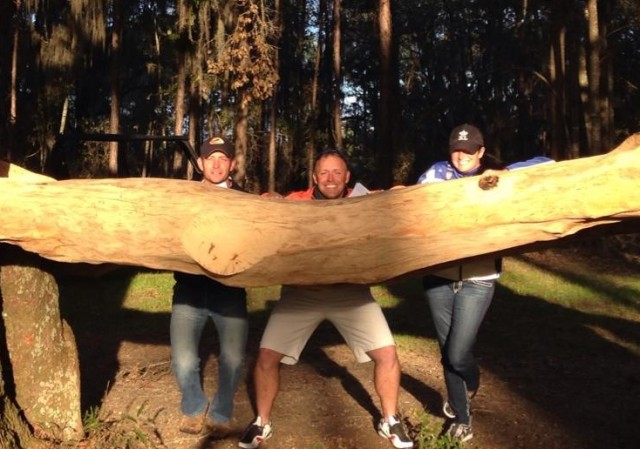 Happy Friday! As we gear up for the upcoming season, several eventers have gone to check out the brand new cross country course at Red Hills. Designed by Hugh Lochore and built by Tyson Rementer and Levi Rykewaert, the courses promise to be challenging and state of the art. I asked Jennie for her thoughts on the new course, and she said that “the new layout of the track is going to make for an even better atmosphere for an already action packed Red Hills HT.” We are excited to see how this year’s event goes off, and we don’t have too much longer to wait. Red Hills will take place March 6-9 in Tallahassee, Fl. To check out more of the new cross country course, click here.

Ready for Super Bowl Sunday? Budweiser has let loose a few details about their highly anticipated commercial for this year. Budweiser will be airing five spots this year. Expect a puppy and a follow up on the “Brotherhood” commercial from last year to make an appearance. [Budweiser Super Bowl Ad]

Are you planning to go to WEG this year? A new round of hospitality packages is now available for purchase. Expect more tickets to be released in March and April. [WEG Ticket Information]

John Nicholson, the executive director of the Kentucky Horse Park, has announced his retirement. Nicholson has served his position since 1997, the longest tenured executive director in the Park’s history. A replacement has yet to be named. [KHP Executive Director Retires]

Irish eventing has undergone some changes for the upcoming year. After listening to recent survey results, Eventing Ireland Classes are to be renamed. The new class names appear to be similar to those of British Eventing classes, perhaps to establish some similarities between the two to reduce confusion. Other changes and clarifications have also been listed. [Changes to Eventing Ireland]

In another development in the slaughter saga, another ban has passed in the House of Representatives. The bill would end funding to inspect slaughterhouse plans, which essentially bans horse slaughter in the US. The bill is expected to pass in the Senate next and would prevent inspection funding through September. [Ban on Horse Slaughter]

Top racehorse St. Nicholas Abbey lost his battle to colic earlier this week. The legendary horse notably won the Coronation Cup at Epsom for three consecutive years from 2011-13. After battling injuries and, most recently, colic, the decision was made to euthanize him. [St. Nicholas Abbey Euthanized]

The adventures of a True Prospect Farm working student.

The Icelandic pony who terrifies other horses. I’m not sure what exactly about this pony is so scary to other passing horses!