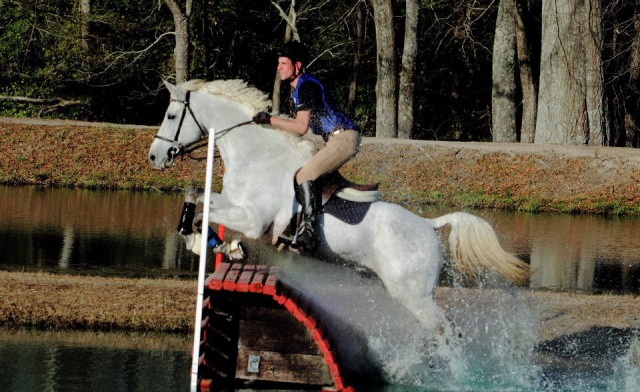 While Dan Kreitl’s gray stallion isn’t necessarily a horse of a different color, he definitely has something you don’t see in many event horses: a thick, curly coat of hair. The 11-year-old horse known as Spartagon is a Curly Sport Horse, registered with the International Curly Horse Organization (ICHO).

Descended from curly-haired mustangs discovered in the western United States at the turn of the 20th century, Curly Horses are known for their hypoallergenic hair that can be wavy or tightly curled. These horses tend to be hardy with reliable, quiet temperaments.

Dan worked for Sandy Hendrickson of Greycoat Farm, an Indianapolis breeding farm specializing in Curlies, when he was in middle school and high school. He learned to ride dressage on Sandy’s Curly Horses and fell in love with them. At 6’4″, Dan knew that he would need a taller horse, so he and Sandy crossed her Curly stallion Spartacus with a Holsteiner mare, and the result was a tall, sporty, curly-haired colt they named Spartagon, or “Sparty” for short.

Dan and Sparty learned to jump and event together, and they moved up the levels from their first Beginner Novice event in 2009 to completing their first Intermediate at River Glen in November 2014.

“It was a goal I’ve been working toward for a while, and I was thrilled how Sparty ate-up the cross country course,” Dan said. “I am really starting to see how much heart Sparty has as we progress up the levels. It was also special because no Curly Horse has ever competed at that level of eventing before.” 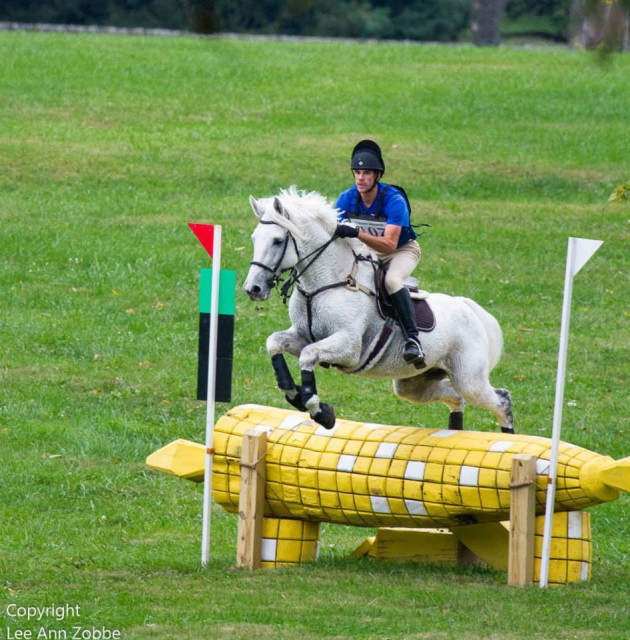 Dan said that the stallion’s mind, intelligence, and willingness to please are just some of the reasons why he has made such a great eventer. “For a stallion, he is very well-behaved,” Dan said. “95% of the time you can’t tell he’s a stallion.”

When the two of them attend shows together, Dan says that Sparty’s curly coat as well as his “unique, arrogant presence” make him stand out in the crowd.

“There aren’t many Curly Horses, and very few who event,” Dan explained. “Most people can’t figure out what kind of horse he is, as many haven’t ever heard of a Curly Horse.”

Along with their coats and temperaments, Curly Horses are also known for their athleticism and ground-covering stride. Some of Sparty’s siblings are USDF champions, and Sparty’s respectable dressage and cross-country scores reflect the big, sweeping movements of his sport horse heritage.

Dan notes that managing Sparty’s speed around jumping courses is crucial, and show jumping has been their most challenging phase since day one because Sparty doesn’t mind rubbing rails. Despite this, Dan and Sparty have never had a cross-country jumping fault in their career together; Dan credits his horse’s “energetic and ambitious” personality to his success across the country.

“Another benefit to riding a Curly horse is that I don’t braid him for dressage,” Dan added. “The registry prefers the horses be competed unbraided so everyone can tell they are a Curly Horse. I like this simply because I hate to braid, so it is my excuse not to!” 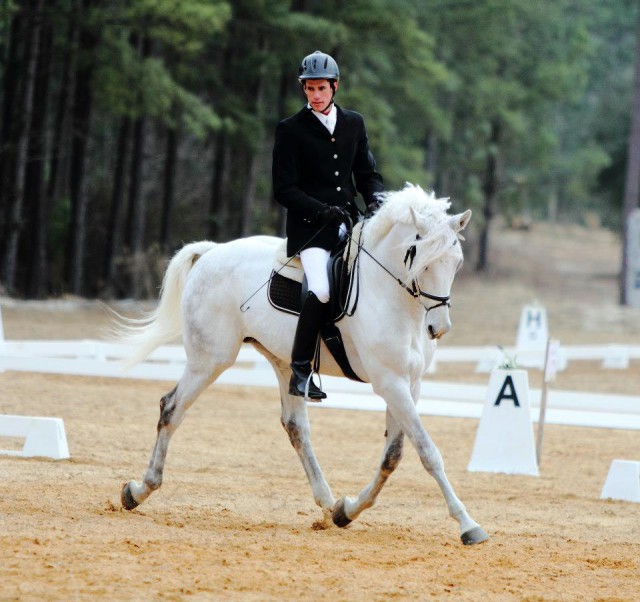 As for their future goals, Dan plans to continue Sparty’s eventing career at the Intermediate level in 2015 and hopes to move up to Advanced down the line. Considering the huge strides (literally) the pair have taken over the years, it seems there is no limit to what this team can do together!

“One thing I  love about training Sparty is the partnership and bond we’ve formed over the years,” said Dan.  “We have a lot of mutual trust.”

Check out this interview with Dan at the 2011 Hagyard Midsouth Classic Three-Day Event, where viewers can meet Sparty up close! Best of luck to Dan and his stunning stallion in 2015 and beyond!