There was a great deal of champagne-soaked celebration on the awards podium following Saturday night’s U.S. Open Relay Arena Eventing competition. Up on the highest perch we had Team East Village (Ryan Wood and Dom Schramm), followed by Team Times Square (Holly Payne-Caravella and Boyd Martin) in second and Team Chelsea (William Fox-Pitt and Oliver Townend) in third. You can read our recap of the event here.

Some video of the proceedings a la Oliver Townend:

What a show last night @cphorseshow! Me and @fox.pitt.eventing managed a podium finish for 3rd and had a great time, big thanks to the owners of my ride Indian Mill who was a pleasure to compete #CPHorseShow #TeamChelsea

A post shared by Oliver Townend Official (@olivertownendofficial) on Sep 24, 2017 at 4:26am PDT

But, when you really slow things down, you can read between the lines and see what was REALLY going on out there. A few special moments from the ceremony, as captured by my lens: 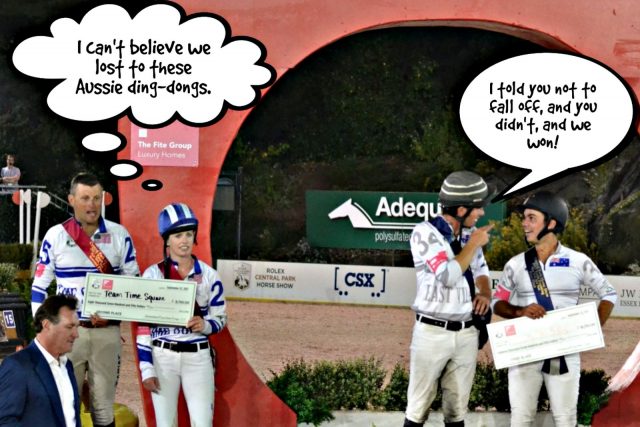 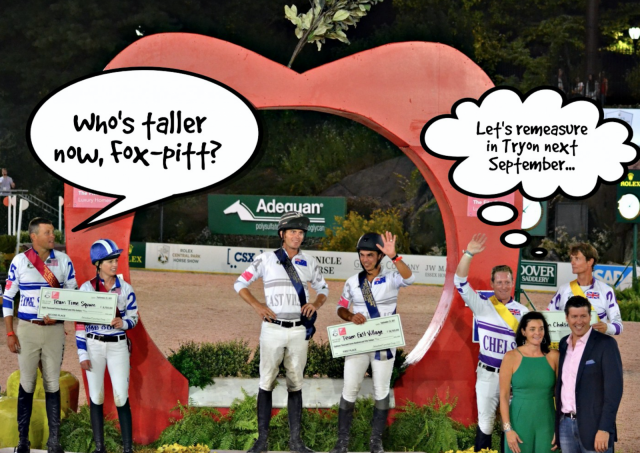 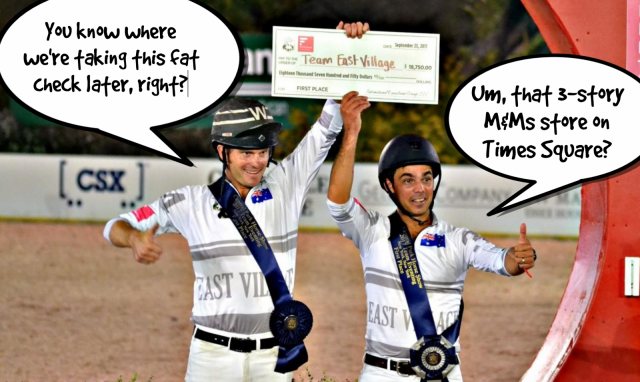 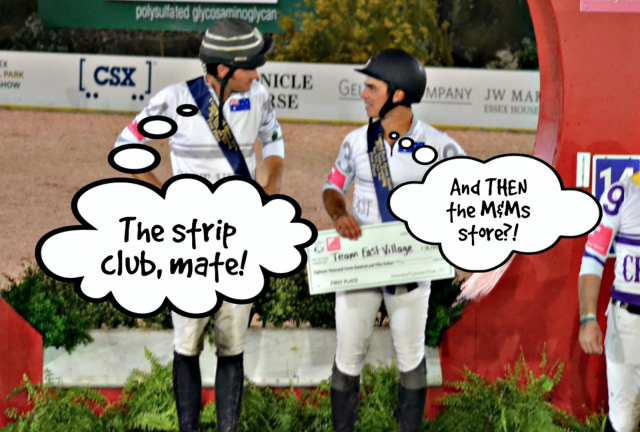 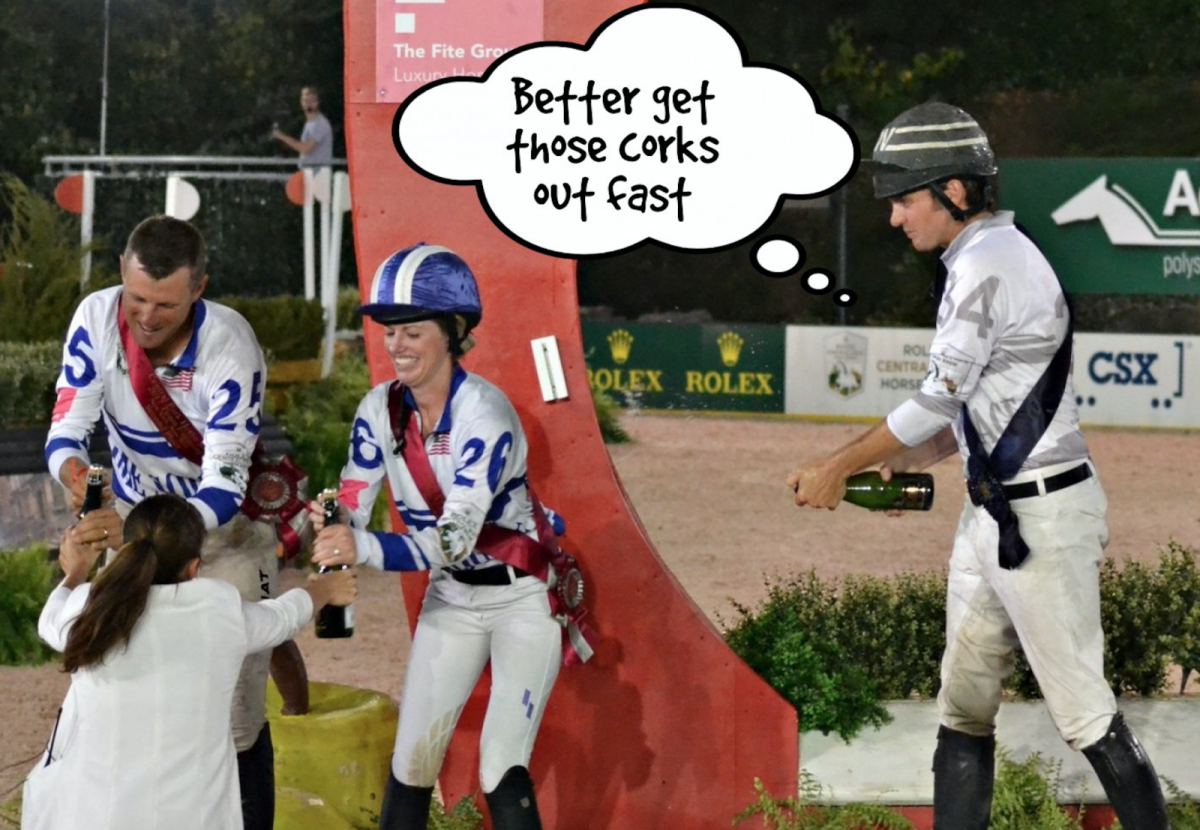 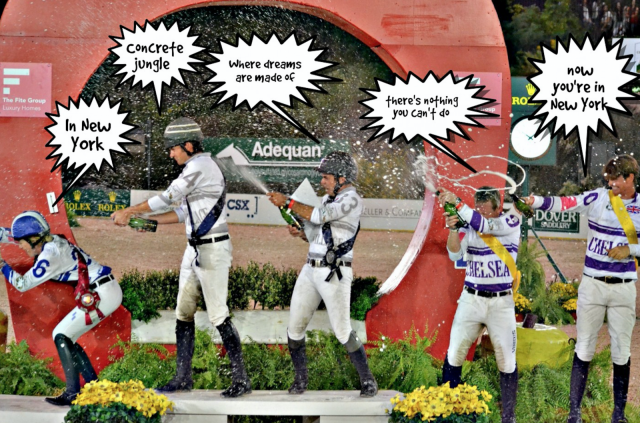 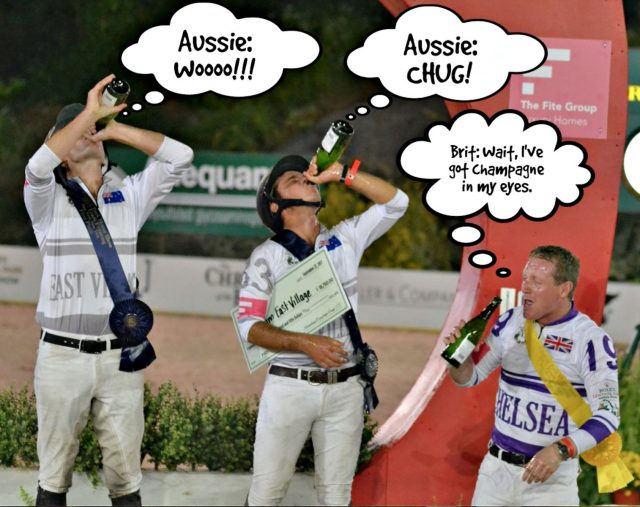 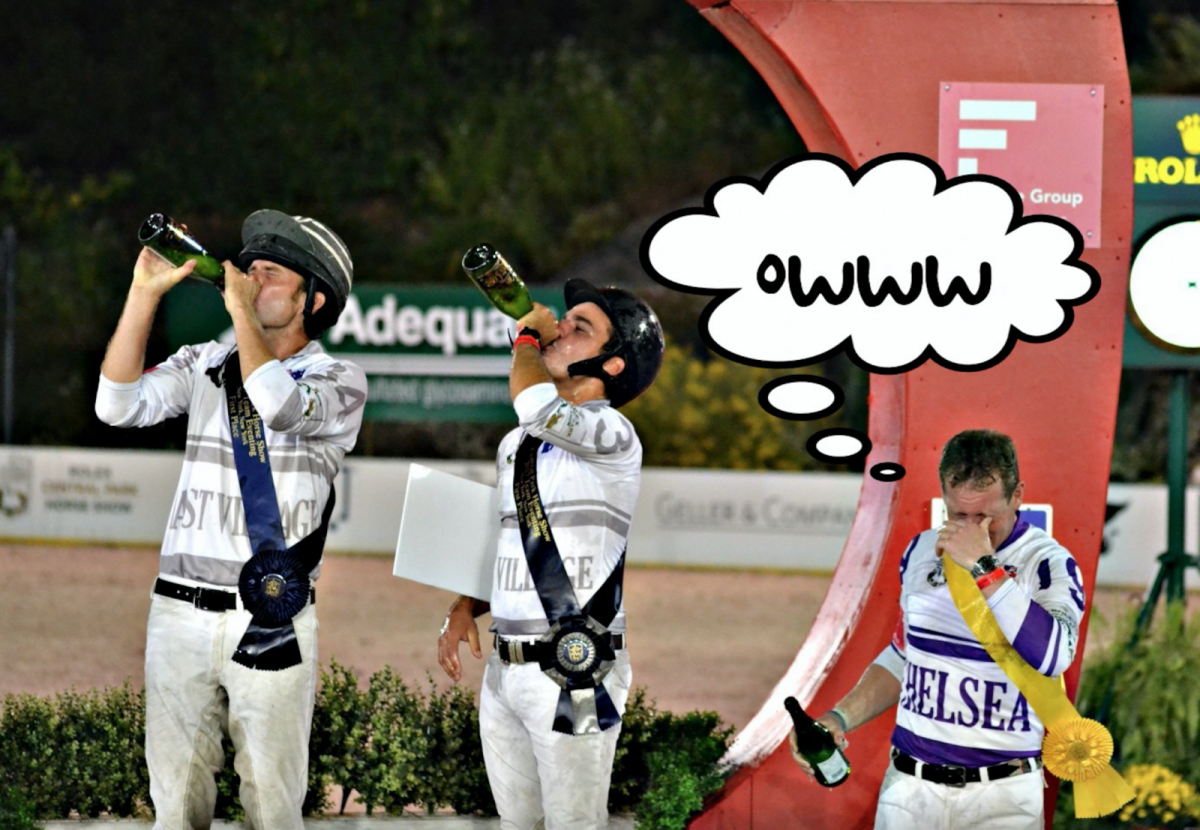 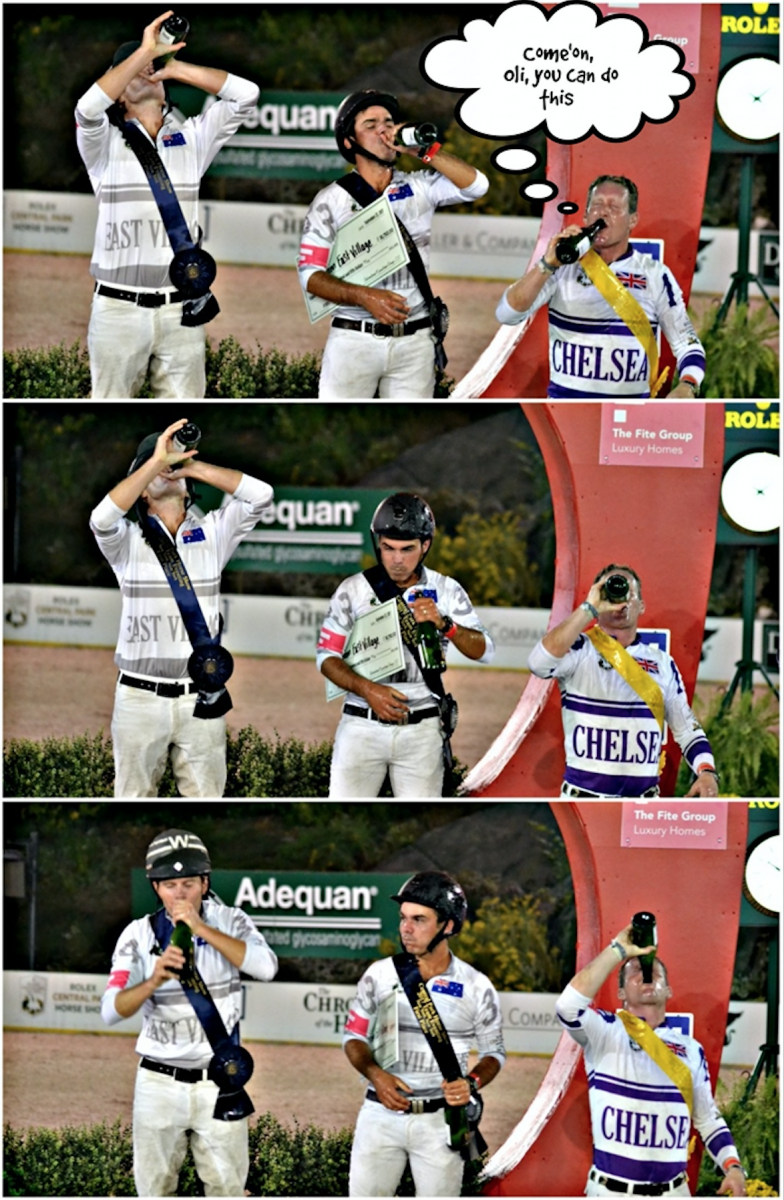 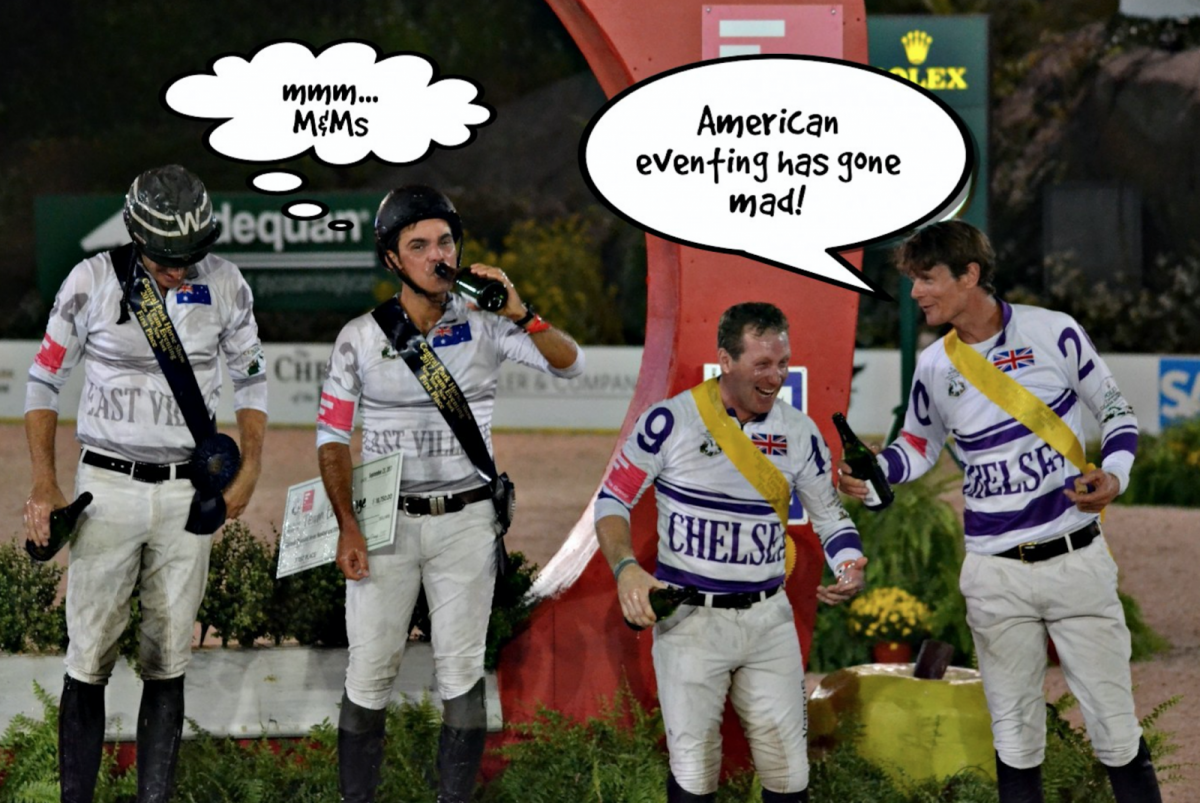