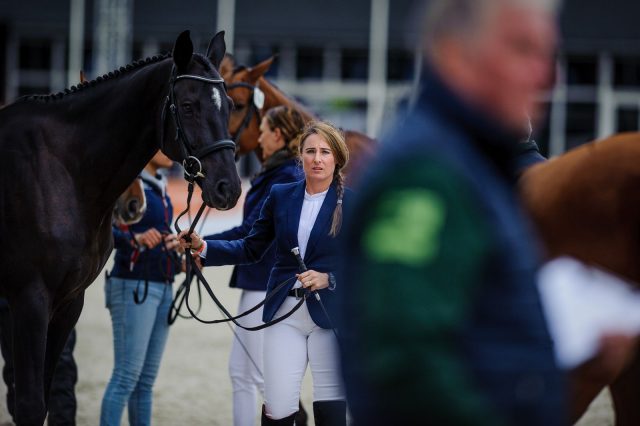 Sydney Elliott and QC Diamantaire await their turn in the midst of a scrum of wobbly people. Photo by Tilly Berendt.

Early on in the pandemic, when the world was closing down around us and the first major event cancellations began pouring in — that moment, in short, when we all realised it was a really big deal, there was one line of conversation that so many of us eventing folk would return to as a way to maintain some hope.

“At the end of all this,” we’d console one another, “the Boekelo party is going to be INSANE.”

For the uninitiated among you, Military Boekelo, which hosts a CCIO4*-L that incorporates the finale of the FEI Nations Cup series, isn’t just the Netherland’s showpiece event. It’s also the greatest week-long party that you’ll find within our sport, and the crown jewel is Tuesday night’s welcome bash for riders and connections, which turns a humble tent in the stabling area into the world’s greatest, sweatiest den of depravity. Ever wanted to see an Olympian working a pole? Or, in fact, dangling from one as they clamber up the ceiling of the marquee? Abandon all dignity, ye who enter here, because anything goes — and boy, did it go. As Boekelo made its welcome return to the calendar for the first time since 2019 — just in time for its 50th anniversary — everyone warmly thrust themselves into the light at the end of a very, very long tunnel. And yes, I’ve reread that sentence since I typed it, and I’m going to roll with it. Blame the vodka. 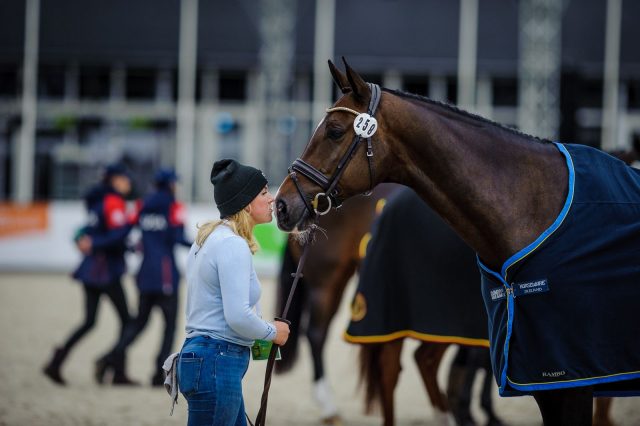 Somehow, though, everyone managed to emerge this morning for rainy course walks, schooling sessions, and, of course, the final preparations for today’s first horse inspection, which took place in the main arena just after lunch. Or breakfast, if you didn’t quite manage that productive morning. 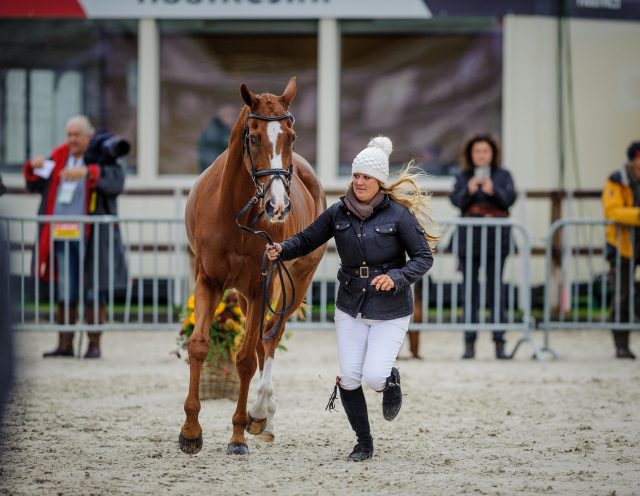 It’s a slightly more compact field than we’d ordinarily see here, largely because of the welcome glut of three-days populating the calendar in the latter half of the season, but an exciting line-up of 62 horses and riders from 12 countries will tackle the competition after being accepted by president of the ground jury Andrew Bennie (NZL) and his cohorts Christina Klingspor (SWE) and Merel Schurink (NED). While the assembled horses looked very fit, fresh, and ready for action, many of the riders looked predictably green around the gills as they attempted to navigate something like a straight line. Duly noted, too, were those riders who were last seen dancing atop a table but were mysteriously absent from the horse inspection, and whose horses were presented by teammates instead. Man, it’s good to be back and delightful to suffer this much on a Wednesday. 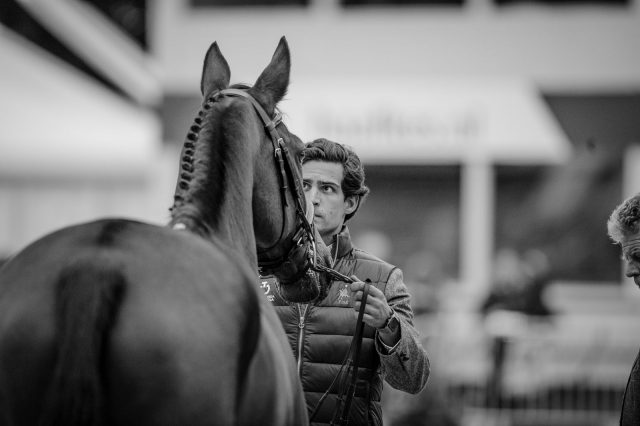 A total of nine teams will tackle the Nations Cup competition, and though no one can eclipse the points earned thus far this season by Sweden, the 2019 series champions, the team competition title here remains a highly coveted one. The British team, made up of William Fox-Pitt and Graffenacht (“I was last here eight years ago,” he remarks, “and I recognise absolutely nothing!”), James Rushbrooke and Milchem Eclipse, Izzy Taylor and Hartacker, and newly-minted European Champion Nicola Wilson and her Blenheim CCI4*-S winner Coolparks Sarco will fight to add yet another victory to Britain’s extraordinary tally this year, but they’ll have particularly strong competition from a formidable US team. 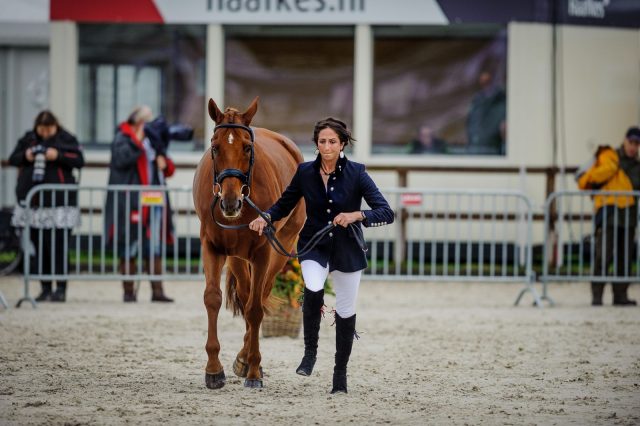 Jennie Brannigan and FE Lifestyle take their spot on a strong US team. Photo by Tilly Berendt.

Riding high on the collective confidence that a very close team second at Aachen — and, of course, Will Coleman’s history-making win — brought, the US looks set for a seriously big week. Seven squad combinations have made the journey across the pond, and four of those will ride as part of the team: Tamie Smith and Danito join Matt Flynn and Wizzerd, who made their debut here in 2019, Aachen pathfinders Sydney Elliott and QC Diamantaire, and Jennie Brannigan and FE Lifestyle in the team competition, while Tamie’s second ride, Solaguayre California, Hallie Coon and Global Ex, and Katie Ruppel and Houdini will compete as individuals. 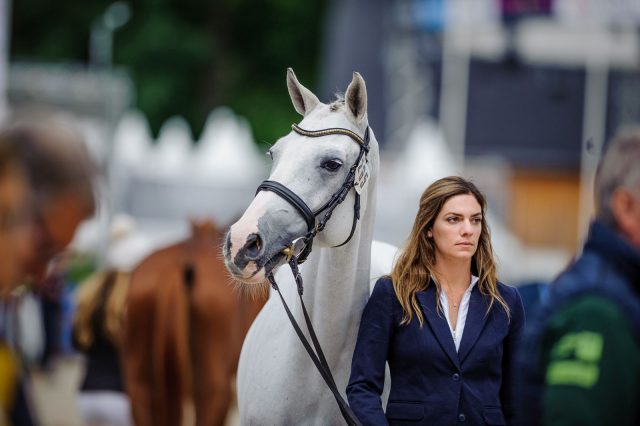 Dressage kicks off tomorrow from 10.00 a.m. local time, which is 9.00 a.m. if you’re in the UK and an eye-watering 4.00 a.m. if you’re on the East coast of the US. Fortunately, the first up to bat for the US is Tamie Smith, so her California compatriots will be able to tune in and cheer her on at a slightly more reasonable 1.28 in the morning. Slightly. Here are the full times for tomorrow’s first day of competition, while the times for the US crew are as follows (the remainder of the US riders will ride on Friday): 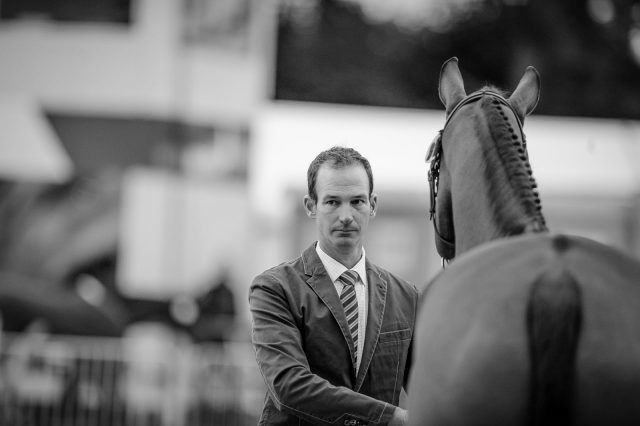 Tomorrow’s competition will focus solely on the team riders, while individual competitors will come forward on Friday to join the fight for glory. As always, we’ll be bringing you all the news and updates on the action throughout the week. Well, most of it, anyway.

Until next time, folks: Go Eventing, and Go get yourself a drink. Proost!