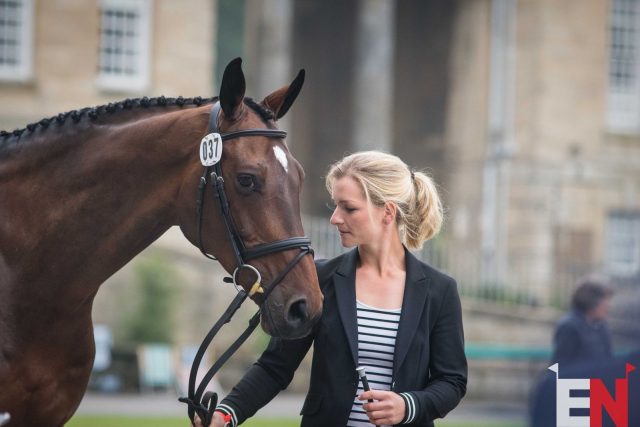 The final horse inspection on Sunday morning at a three-day always has a slightly different vibe than the initial one on Wednesday evening. The crowds are bigger, more hushed; the equine hijinks are – mostly – curtailed, and the riders and grooms have the pinched, puffy-eyed look of people who have ushered in the sun from an endless rotation of ice boots and hand-walking circuits. When the horses pass, the cheers are bigger, the relief almost palpable, and the sense of girding one’s loins for the next big hurdle momentous. When they’re held, so, too, is the collective breath of the crowd. 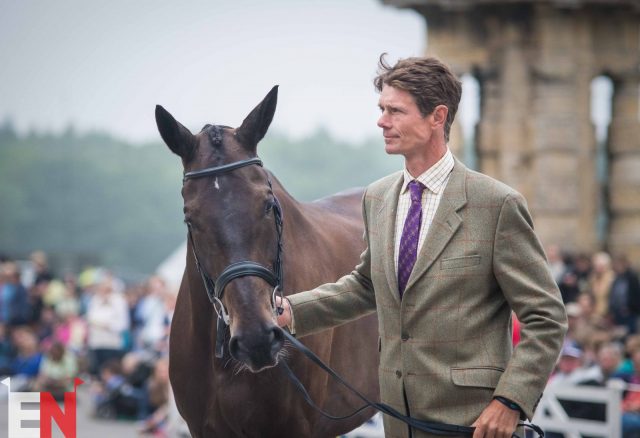 In the under-25 class, France’s Stephane Landois withdrew his Uh La Up De Crazy. Hallie Coon‘s Celien was held and subsequently spun, due to a minor abscess in the bulb of her hoof. Hallie assures us that the mare is completely sound and the team will regroup and reroute to France’s Pau at the end of the season. While no one likes to see their week end on Sunday morning, it’s all about the long game, and Hallie and her trademark good humour were to be spotted in the showjumping collecting ring later on in the morning supporting teammate Caroline Martin.

The day commences in earnest with the CCIU253* and CCI3* showjumping. Stay tuned, and Go Eventing!