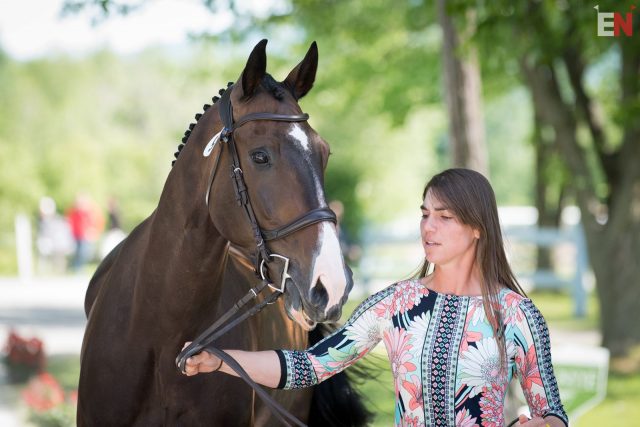 Yesterday’s long, undulating cross country course was a big test for competitors at the MARS Incorporated Bromont Three Day Event. The ground jury held five horses in total to take a closer look and make sure they were fit to compete, but ultimately all horses presented were accepted to move on to show jumping.

First to present this morning was the CCI*. Alexandra Knowles was asked to jog Kilcannon High Society twice. Lacey Ogden was asked to do the same with Cooley Renegade before being sent to the hold box.

In the CIC2*, Alexandra Scannell and Faolan were sent to the hold box. Matt Flynn did not present Get Lucky, who was sitting fourth overnight. 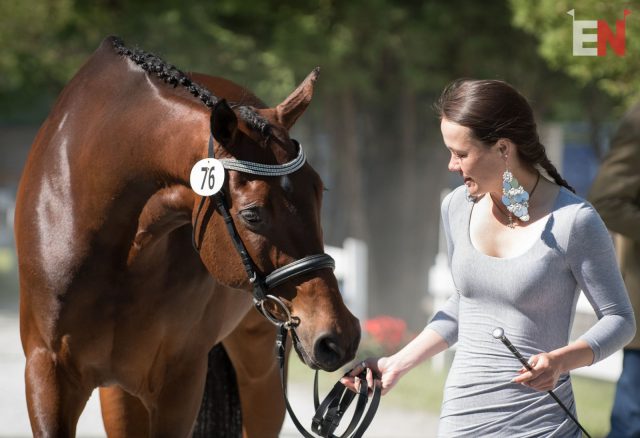 Charlotte Collier and Clifford M bringing the bling to the jog strip. Photo by Leslie Threlkeld.

The hold box got busy during the CCI2* with three horses held: Joe Meyer’s Buccaneer, Holly Payne Caravella’s CharmKing, Phillip Dutton’s Fernhill Mystery, who jogged twice before being sent to the hold box. Holly did not present her second CCI2* horse, Bruisyard Hall.

After all that, we were holding our breath for the CCI3*, but the division looked fit and fabulous and there were no holds or second passes down the jog strip. Whew.

Show jumping is already under way. The divisions will compete in the following order: CCI*, CIC2*, CCI2*, CCI3*. Stay tuned!