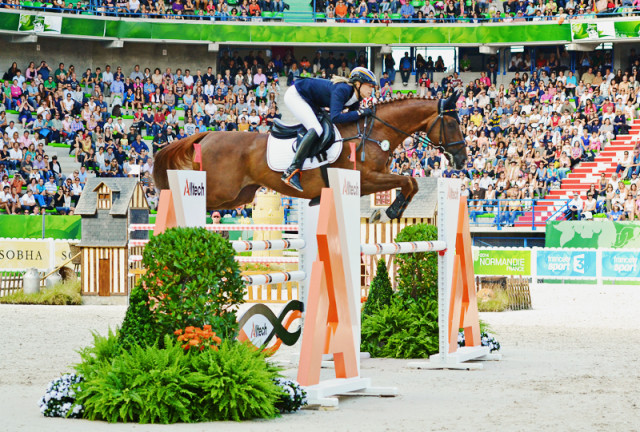 One rail was all it took for Germany’s Sandra Auffarth and Opgun Louvo to steal the lead from Britain’s William Fox-Pitt and secure a place atop eventing’s most prestigious podium. We’ll have a full report coming shortly, but here’s the quick play-by-play.

William dropped to bronze with Chilli Morning and Germany’s Michael Jung moved up to silver with fischerRocana FST. Germany takes team gold, following by Great Britain with silver and the Netherlands with bronze.

For Team USA, Sinead Halpin and Tate had two rails, Boyd Martin — who ultimately finished eighth — pulled one rail. Kim Severson and Fernhill Fearless laid down a double-clear trip to huge cheer from the crowd. Peter Barry and Kilrodan Abbott jumped a clear round for Canada, with Selena O’Hanlon and Foxwood High and Jessica Phoenix and Pavarotti both pulled four rails. 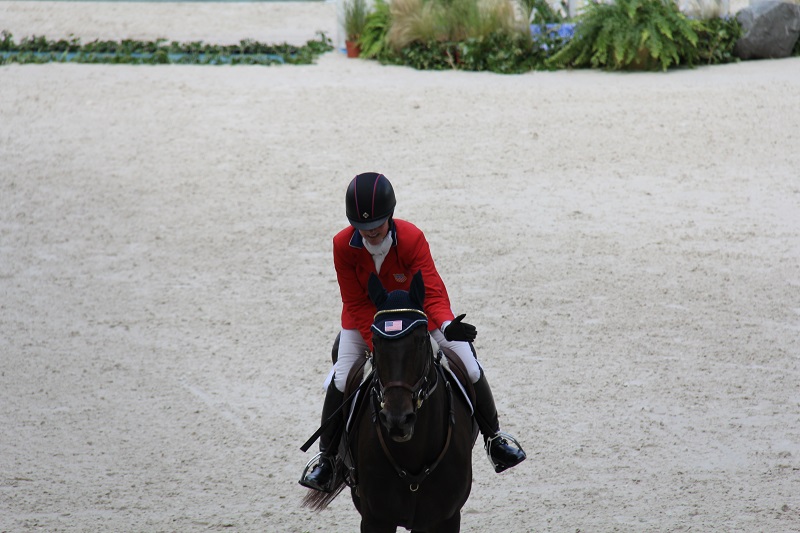 It was a bigger atmosphere that most of these horses have seen — a brighly-lit European soccer stadium full of screaming, flag-waving fans. The announcer had the enthusiasm of a game-show host and every clear round was rewarded with a burst of dramatic music on the loudspeaker. When a French rider entered or exited the ring, the stands practically shook with home team spirit. 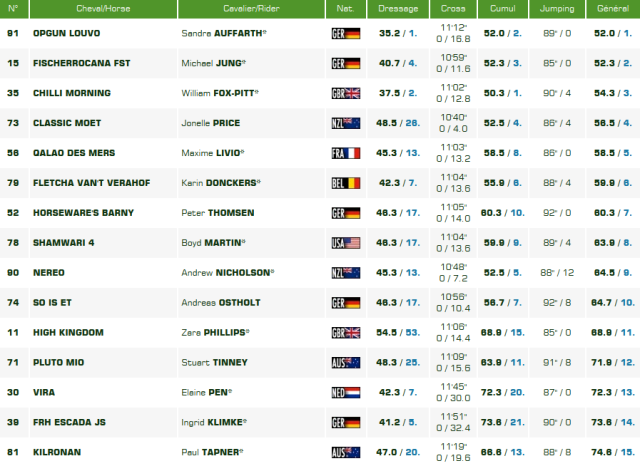 Stay tuned for much more from WEG.