We’ll let Fair Hill have the two- and three-stars, but the Kentucky Horse Park is where it’s at for single-star action this week. The Hagyard Midsouth Three-day Event & Team Challenge H.T. features a CCI1*, YR/JR CCI1* and classic format three-days at the Prelim and Training levels in addition to Beginner Novice through Prelim horse trial divisions and a team challenge.<

Lots going on. Let’s check in at the sandbox! 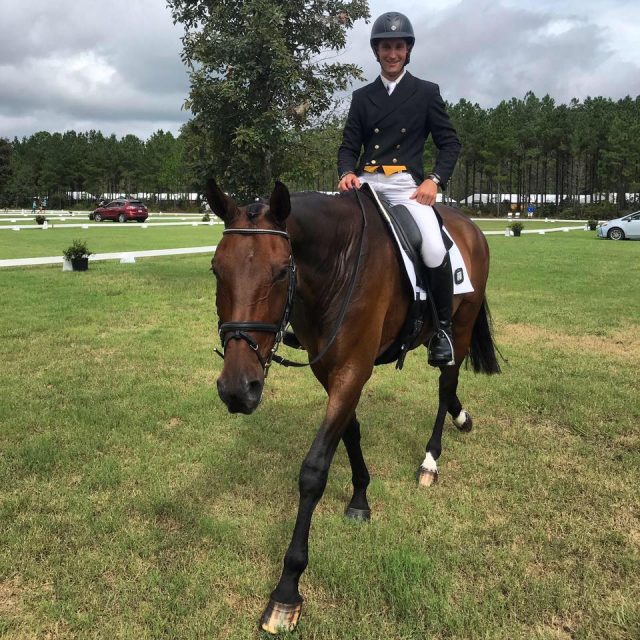 Andrew McConnon and Bossinova, his own 8-year-old Hanoverian gelding (Bonifatius x Dawina, by Der Lord), lead the CCI1* on a dressage score of 27.3. The horse is a class act in all three phases — he’s won seven horse trials this year — and his performance yesterday was no exception.

“He’s beautifully behaved,” Andrew says. “Dressage is subjective, isn’t it, but every judge has really appreciated him. He’s so consistent for me.”

We’ve been keeping tabs on this exciting “EN’s Got Talent” coupling — check out our profile of them from August here. Andrew, who is based in Ocala, imported “Hugo” from England last December following a couple years spent working for William Fox-Pitt. Since then they’ve been steadily stepping up the levels from Training to Prelim, Prelim to one-star.

Andrew says, “I’m a rider who likes to take it slow with the horses at the lower levels to make sure they really know what’s going on,” but Hugo has proven himself a precocious pupil. Andrew had planned on doing a full four Training level events with him, but after winning their first three outings, Andrew felt like the horse was ready for more. They went on another winning streak at Prelim, including the Area III Prelim Championships at Chattahoochee Hills in July, then placed 5th in the CIC1* at Stable View last month. 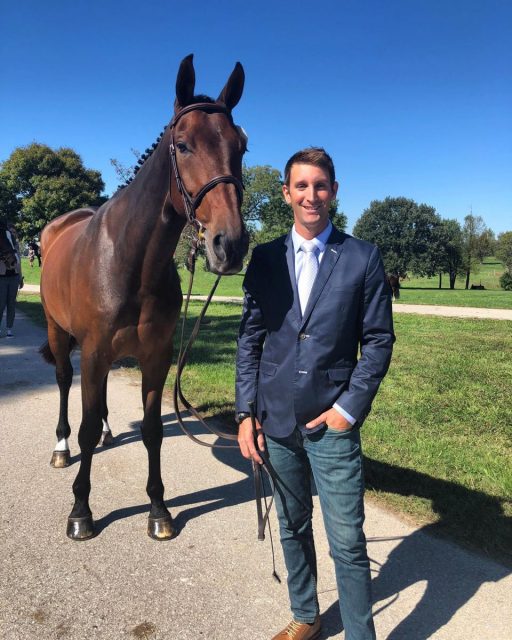 Rather than waiting around for the Ocala Jockey Club CCI1* next month, Andrew figured that they might as well get on with it at Midsouth to get a jump start on winter break. “Then we can start really slow and get him strong for next year. And I also thought the cooler weather in Kentucky would be nice for him — he’s really enjoying it.”

One-star cross country takes place this afternoon. ‘The course looks really nice and galloping and inviting,” Andrew says of the rolling bluegrass track. “I think they ask some good questions … it’s all there to be jumped, so if we as riders do our job we should have happy horses at the end of the day.”

Sixteen-year-old Elizabeth Henry and Charlotte La Bouff, her own 10-year-old warmblood mare, lead the CCI1* Young Rider/Junior division on a dressage score of 24.9. Arden Wildasin and Hellohello, an 8-year-old Irish Sport Horse gelding (Rock Hopper x Ballinglen Dream, by Clover Return) owned by Sarah Wildasin, are out front in the Classic Format Prelim Three-Day on a score of 31.3. Dressage for the two divisions of Open Prelim is currently underway. 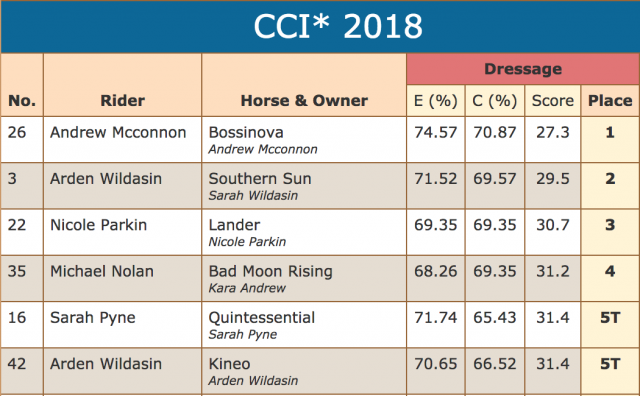 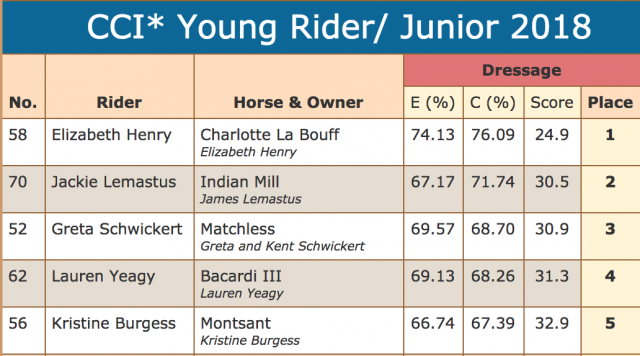 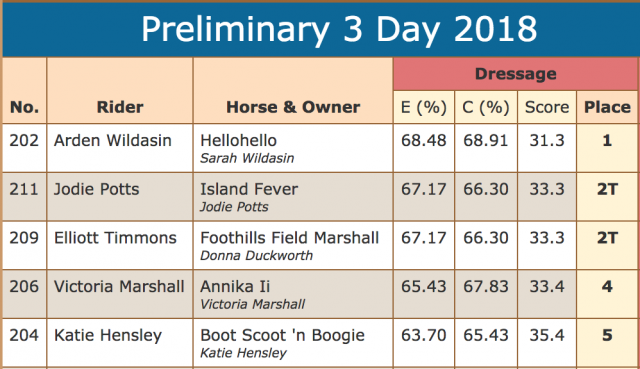