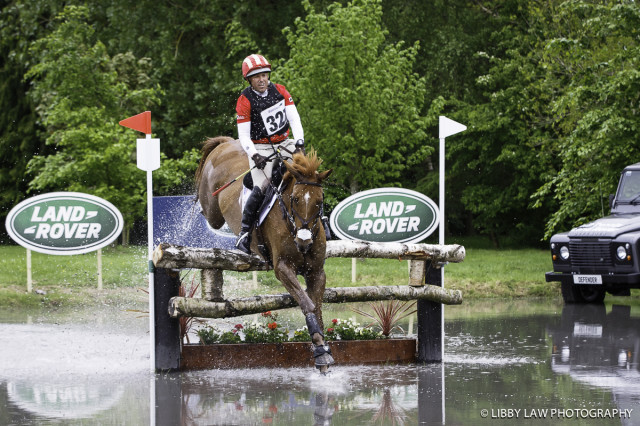 There was quite the shake up on the leaderboard in the Irish Field CCI3* at the Tattersalls International Horse Trials in Ireland today as the rider’s took to the cross country course designed by Ian Stark. Andrew Nicholson (NZL) and Deborah Sellar’s 8-year-old Spanish stallion Jet Set moved into the lead with one of the few double-clear rounds, and America’s own Buck Davidson and Carl and Cassie Segal and Sherrie Martin’s Copper Beach jumped clear with time.

Based on five years of averages, EquiRatings predicted 20.8% of the three-star competitors at Tattersalls would make the time. They were awfully close, with 23% of horses (nine out of the 39 horses that left the startbox) finishing without time penalties.

Quite a few came very close to the 10:06 optimum time, and three were right on it – Austin O’Connor (IRL)/Kilpatrick Knight, Andrew Nicholson (NZL)/Ulises and Tim Price (NZL)/Xavier Faer. William Oakden (GBR) and David Kenwright’s 12-year-old mare Greystone Midnight Melody were the fastest, stopping the clock at 9:47. Their quick trip was rewarded with a big move up the leaderboard, going from 14th to fourth and within a rail of the win. 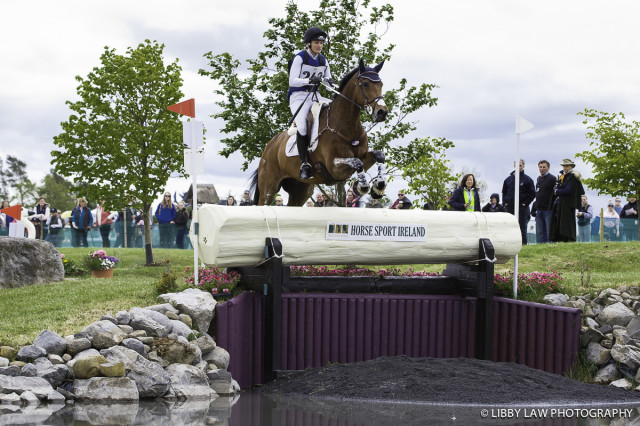 Andrew and Jet Set were the last on course, and they cruised around in fine form, finishing the course in ten minutes and moving the pair up from ninth to first. Kitty King (GBR) and Ceylor L A N moved from fourth to second with 3.6 time penalties. William Fox-Pitt and the 9-year-old Luxury F H moved from 11th to third having finished just two seconds over the time in the gelding’s first CCI3*.

Buck and Copper Beach, an experienced 9-year-old Irish Sport Horse, added 7.2 time penalties to their score, moving the pair down one place to 22nd. “Sean” is fittingly making his first overseas appearance this week in his native country, to which he has not returned since his purchase from the Goresbridge Go for Gold horse sale in 2011.

Thirty-three horses move on to tomorrow’s final horse inspection out of 40 original starters. The scores are close at the top so the show jumping will be an exciting finale.

Following the conclusion of competition today, we received the sad news that Favorit Z, a 10-year-old Zangersheide gelding ridden by Sam Griffiths and owned by Sue Brendish and Sam, was euthanized after breaking his leg on course. “Frodo” and Sam were leading the CCI3* after dressage on a personal best score of 36.1.

According to a statement released by the event, the horse “stumbled and fell after jumping a Triple Brush at Fence 12B resulting in a broken leg.” 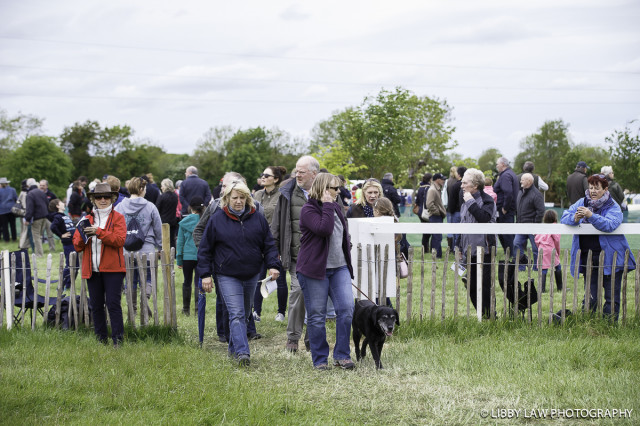 Spectators were out in droves on Tattersalls cross country day. Photo by Libby Law Photography

British-based American Katherine Coleman went double-clear in the Eventing Ireland CCI2* with her own Longwood, a 13-year-old Irish Sport Horse gelding. They moved up to 24th from 31st place. Harry Meade and Anne Chapman’s Vrolijk had some trouble on course, which dropped them out of the lead, moving Oliver Townend and Angela Hislop’s Cooley SRS into first with show jumping still to come.

Irish-based American Brianne Stanley and Eleanor Hadden’s Bit of Business dropped two rails during the final phase of the Cooley Farm CCIYH* for 6 and 7 year olds. They still moved up two places to finish 53rd in the horse’s first one-star in a huge division. William Fox-Pitt and Catherine Witt’s The Soapdodger held onto their overnight lead with a double-clear trip to finish on their dressage score of 37.6. 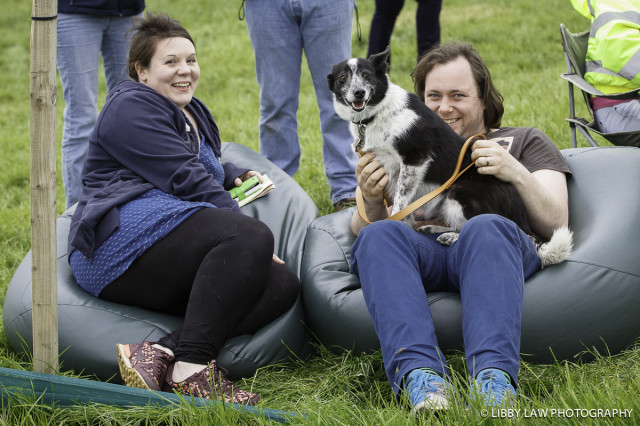 Best seats in the house! Photo by Libby Law Photography

Sam Watson and Ciaran Glynn, with help from @EventingConsult Diarm Byrne kept us entertained with their witty banter and interesting nuggets of eventing data this morning on Tattersalls’ fantastic free live stream, which will continue all day Sunday. Here is the live stream schedule for tomorrow, which as been brilliantly organized so that viewers at home don’t miss a second of the action:

We are excited to be partnering with Libby Law Photography at Tattersalls, and we’ve been loving her gorgeous photos of the competition and behind the scenes candids. If you’re not already following @EventingConsult and @EquiRatings on Twitter, be sure to do so to access excellent commentary from Tatts. Go Eventing.