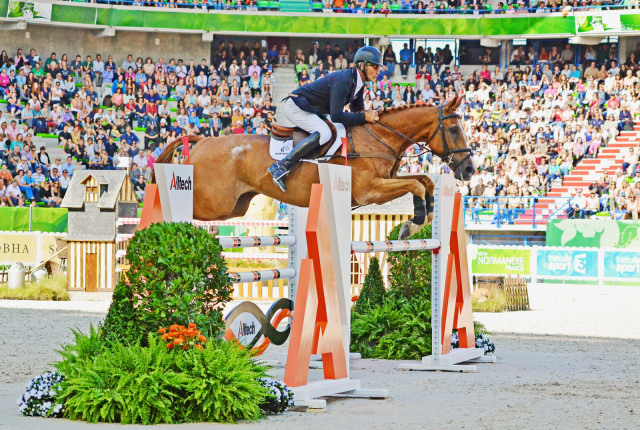 Andrew Nicholson has voiced his dissatisfaction with the New Zealand high performance program by stepping down following a public falling out with the vet charged with the care of his WEG mount, Nereo, in August.

In an interview with the New Zealand Herald, Andrew said that he is removing himself from future affiliations with the high performance program after the standard of care for Nereo after a grueling cross country run did not meet his expectations.

“I was so disgusted I decided to take myself out of the high performance programme,” Andrew said. “My dissatisfaction with the vet was purely over Nereo’s welfare, which I make no apology for prioritizing at all times.”

What implications will this decision have on the future of the New Zealand program? Certainly Andrew is a staple for this team, and his absence from future world teams will most certainly be noticed. We’ll provide more updates on this story as it develops.

A statement from Equestrian Sports New Zealand high performance director Sarah Harris regarding an article in today’s Herald on Sunday.

“We have two formal processes under way at the moment – one a debrief about the Alltech FEI World Equestrian Games and the other our annual performance review with High Performance Sport New Zealand.

Once that review and debrief are complete, we will look closely at any feedback to ensure we continue to improve all of our programmes.

It is incorrect (in the HOS article) that a complaint was made to the world’s governing body’s judiciary committee. Any complaints would firstly be dealt with by ESNZ, but no official complaints were laid following WEG.

The welfare of our horses and riders are of the highest priority to us and our riders. Andrew Nicholson is one of our most celebrated athletes at elite level.”