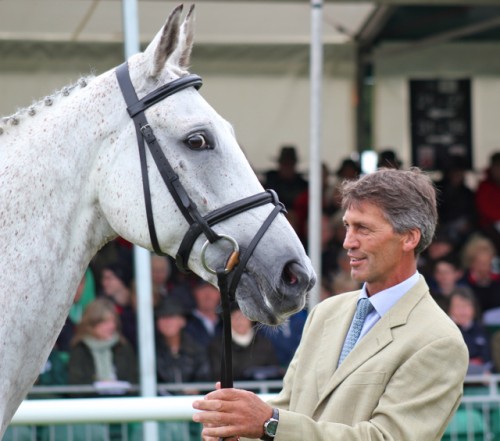 2012 has been Andrew Nicholson’s year, (despite a rather unfortunate 10 minute delay at the Olympics!), with wins up and down, all around, and against the best of the best in an Olympic year. We’ve all known him for years as one of the most phenomenally gritty and talented riders, and he’s certainly seen his way around every serious upper level course in the world, but this year he took us all to school.

He started off the year by casually placing 7th at Rolex with four-star newcomer Quanza, finishing on his dressage score, of course. Three weeks later, he picks up a 3rd place and a 9th place at Saumur CCI3* on Viscount George and Quimbo, with two rails and a handful of cross country time between them. At the beginning of June, he placed 2nd on Nereo, 5th on Avebury, and 11th on Tristar II at Bramham International 3*. A week later, he cruises to a cool 4th place at Luhmuhlen CCI4* with Calico Joe.

And we’re just getting started! At the end of June, he competed in the Barbury Horse Trials in the 3* division, which served as a final selection trial for a lot of Olympic hopefuls. No big deal, he pulled a one-two and topped the field with Avebury winning and Quimbo coming a close second. Both horses finished on their dressage scores. Selected for his 7th Olympics on Nereo, he places 5th at Aachen 3* as a warm up for London, where he is 4th individually and bronze medal in the team competition. (Damn you, 10 minute rain delay!) 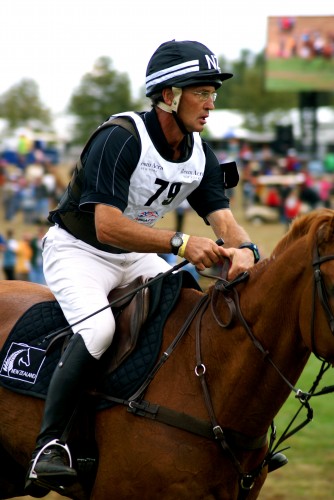 Andrew Nicholson at WEG in Lexington (photo by me)

But the “disappointment” at the Olympics only led to Andrew lighting a fire under his own behind, and he proceeded to go win his third Burghley, on Avebury, with just a rail to add to his dressage score. Not really satisfied yet, Andrew went to Holland to continue his reign, and won Boekelo CCI3* easily on Quimbo. At this point, he figured, why not try yet another country? So Andrew traveled to France and beat the pants off everybody in the recent Pau CCI4* with Nereo, as the only combination to finish on their dressage score. Oh yeah, and he finished 7th on Mr. Cruise Control, which gives that horse four top-ten finishes in all six of his CCI4* competitions.

Don’t believe me? Check out his 2012 results for yourself: [Mr Andrew Nicholson, BE Official Results]

In case your jaw wasn’t already on the floor, let’s talk general life achievements. I’m probably forgetting some things here, and this is a pretty minimal list.

If it makes you feel better, in 1992 at the Barcelona Olympics, Andrew was in a place to drop seven rails and still win Team Gold for New Zealand, but managed to take almost all of them out on his mount Spinning Rhombus. He had nine total rails, and Australia won Team Gold, while New Zealand took Team Silver. However, in the past twenty years, it seems Andrew has refined his show jumping technique, and now the man simply cannot be stopped!

Mr Stickability indeed. By the way, he went on to win this Burghley, no big deal: