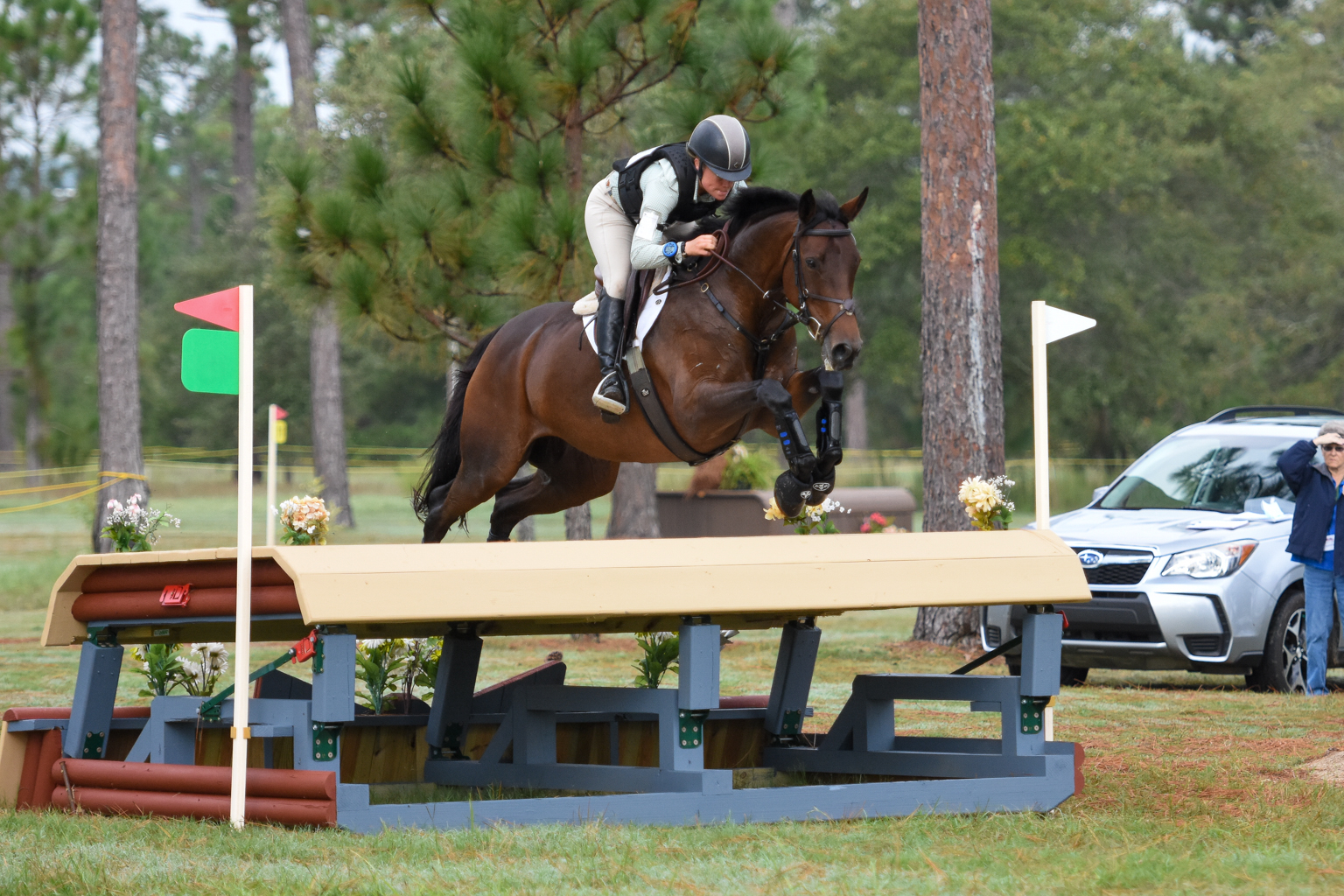 Arden Wildasin and her mother, Sarah’s, Tokyo Drift are the winners of the Open Preliminary B division on their dressage score of 29.6.

Arden has taken her time with the 9-year-old Irish Sport Horse (O.B.O.S. Quality x GTI Diamond). She imported the classy mare four years ago, but waited to introduce to her competition until last year when the partnership was rock solid.

“I’m just taking my time to slowly get to know her because she is definitely different than my other horses,” Arden said. “She’s definitely very eager. They all are, but she sometimes wanted to do it her way, which is totally fine, but going out there we needed a stronger partnership and that’s what we were building before we actually made the commitment to do eventing with her.” 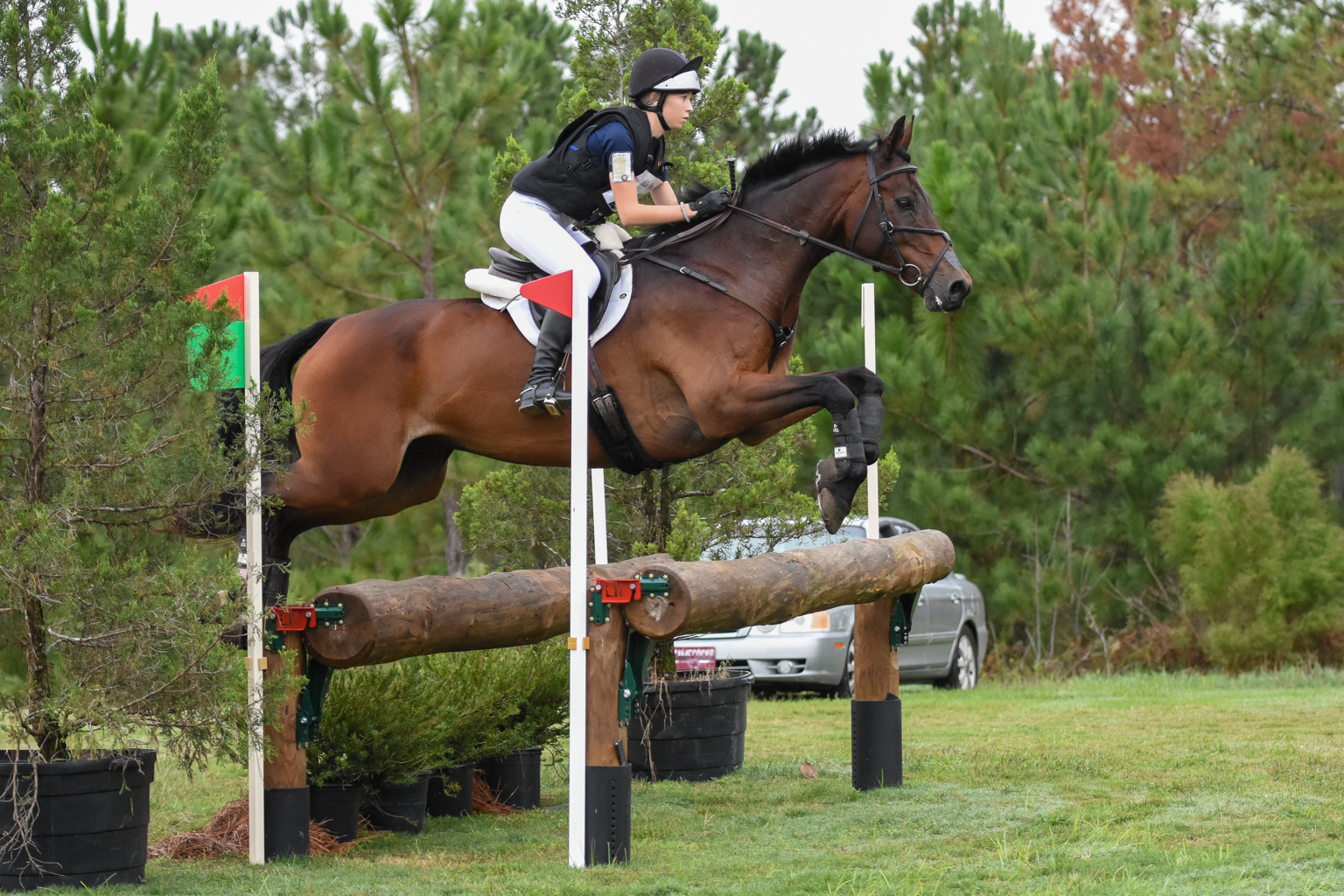 Olivia Hahn and her own 12-year-old Irish Sport horse, Fernhill Chaos (Chacoa x KEC Donna Diamond by Glidawn Diamond) took the lead in the Preliminary Rider division. Olivia and “Chaos” are a fairly new pair, but that didn’t stop them from maintaining the lead throughout the whole weekend, ending on their dressage score of a 30.4.

“He’s a really good cross country horse. I just kind of have to sit there and point him; he just gets in his mode and locks onto everything and it’s such a good feeling. This is my fourth show on him now and I’m just starting to figure him out,” Olivia said. 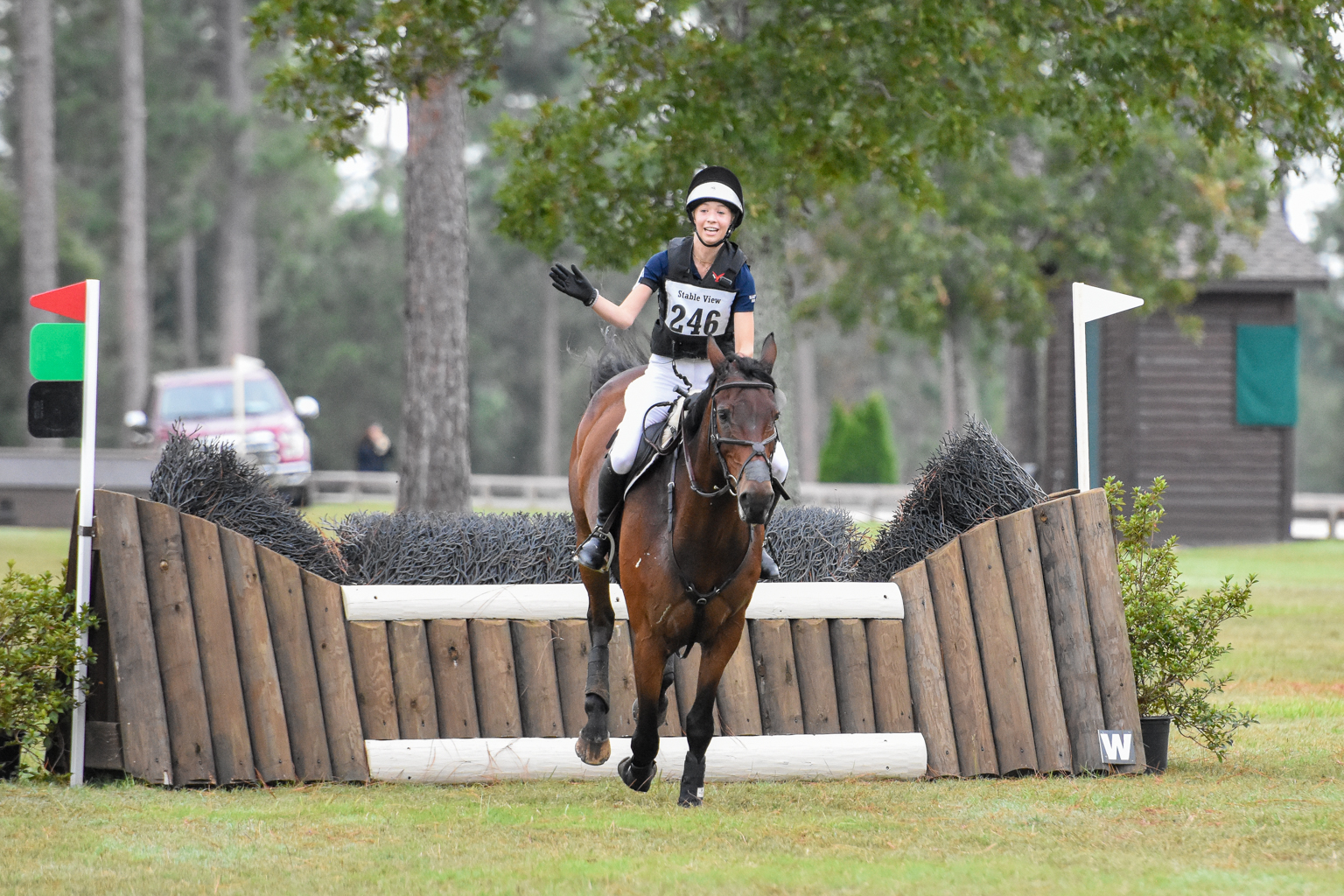 You know your round is good when you’re patting your horse ver the final fence – Olivia Hahn and Fernhill Chaos. Photo by Shelby Allen.

“This was the first time I’ve ever schooled him on the flat on grass, so he was definitely a little bit more excited and his trot is the hardest trot to sit ever, so that was really hard, especially with the humidity, to get through the test without passing out. He was such a good boy and he’s come so far in his flatwork since I’ve gotten him. In show jumping he was amazing. He picks a rhythm just like cross country and I just point him and he loves his job; he’s amazing,” she said. 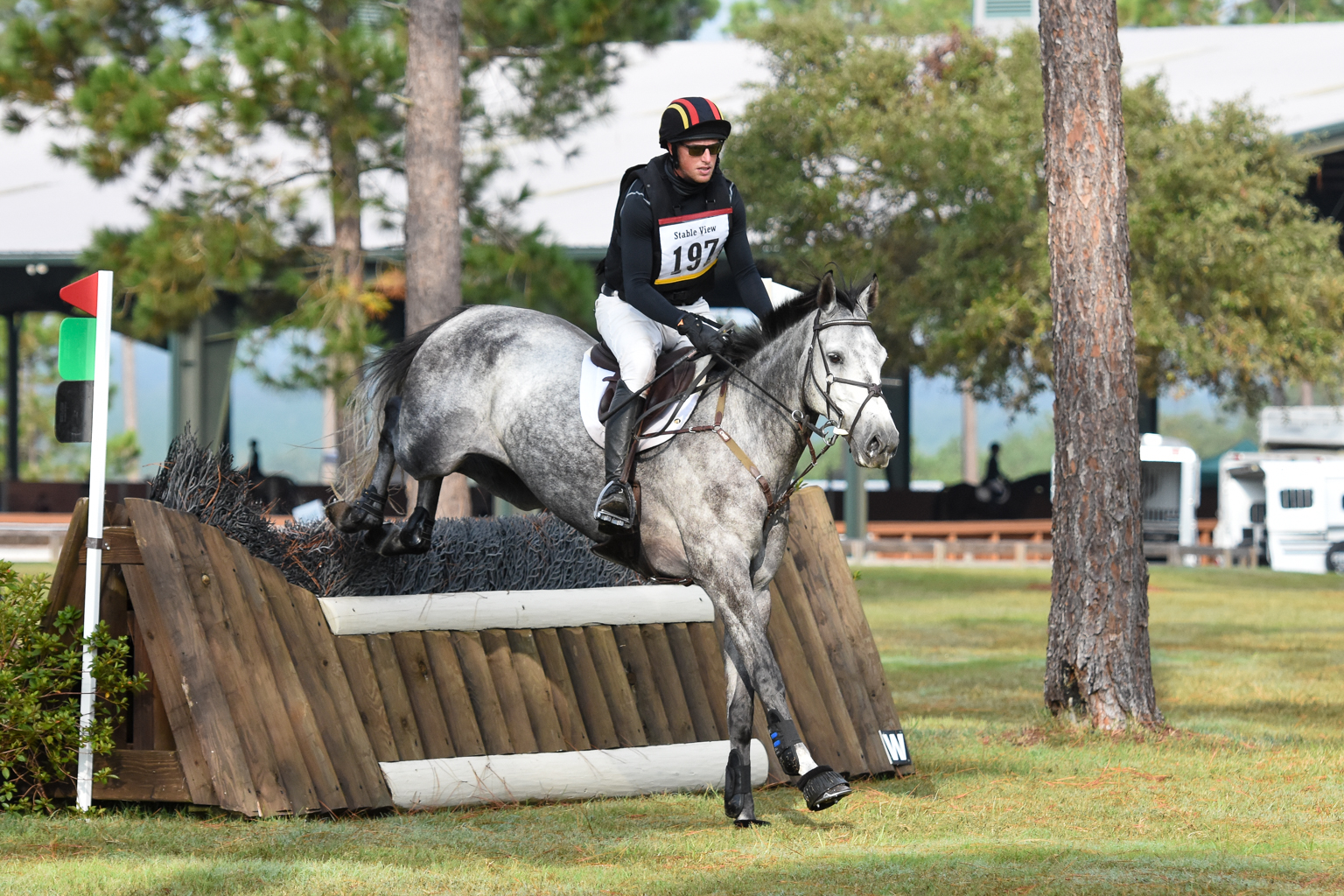 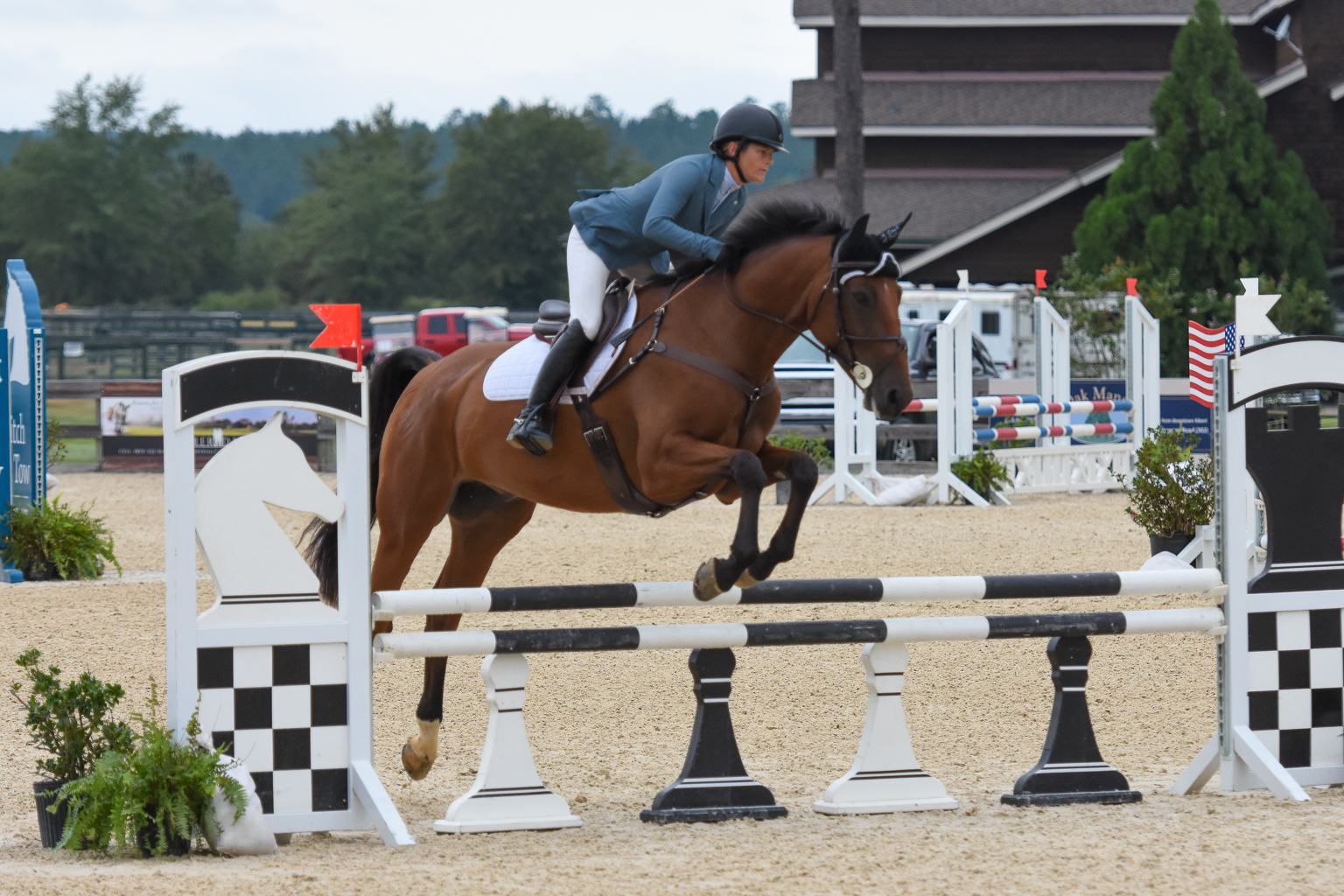 Mary Bess Davis and A Touch of Natal. Photo by Shelby Allen.

Riding for Tiffany Stewart, Mary Bess Davis piloted A Touch of Natal, a 6-year-old Warmblood (Natal x Ruxton Ruslein) to win the Open Novice. They had a foot perfect show jumping performance today to finish on their dressage score of 30.2. 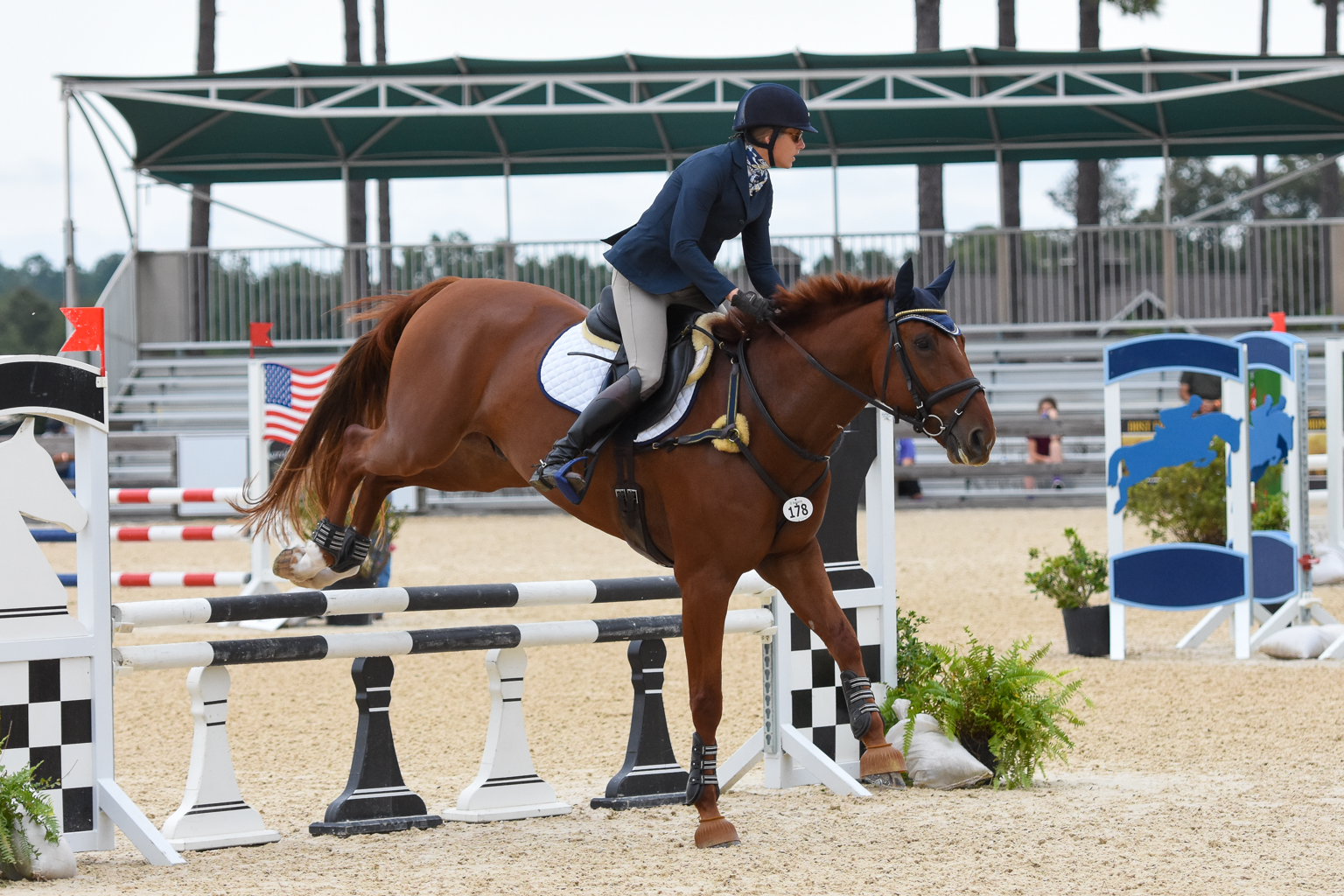 Lisa Edinger and Quinto Quest came out on top of the beefy Novice Rider division. Lisa and her 6-year-old Irish Sport Horse by Future Trend put in a classy clear to complete the event on a score of 29.1 — the only sub-30 result in the division.

Taleen Hanna contributed to this report. 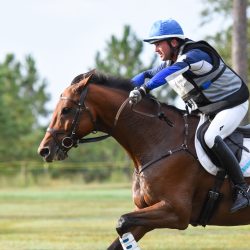 Will Faudree and Carli 13. Photo by Shelby Allen. 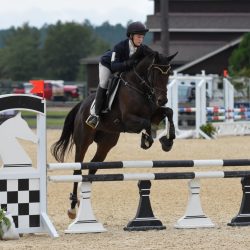 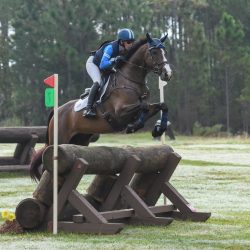 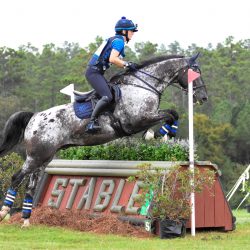 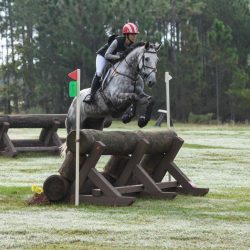 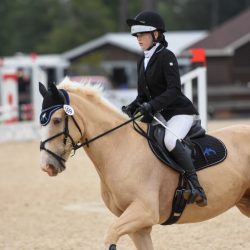 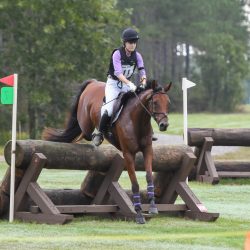 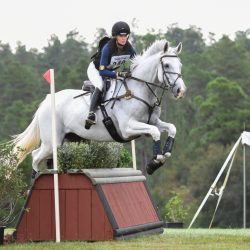 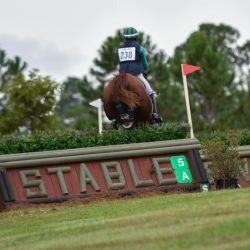