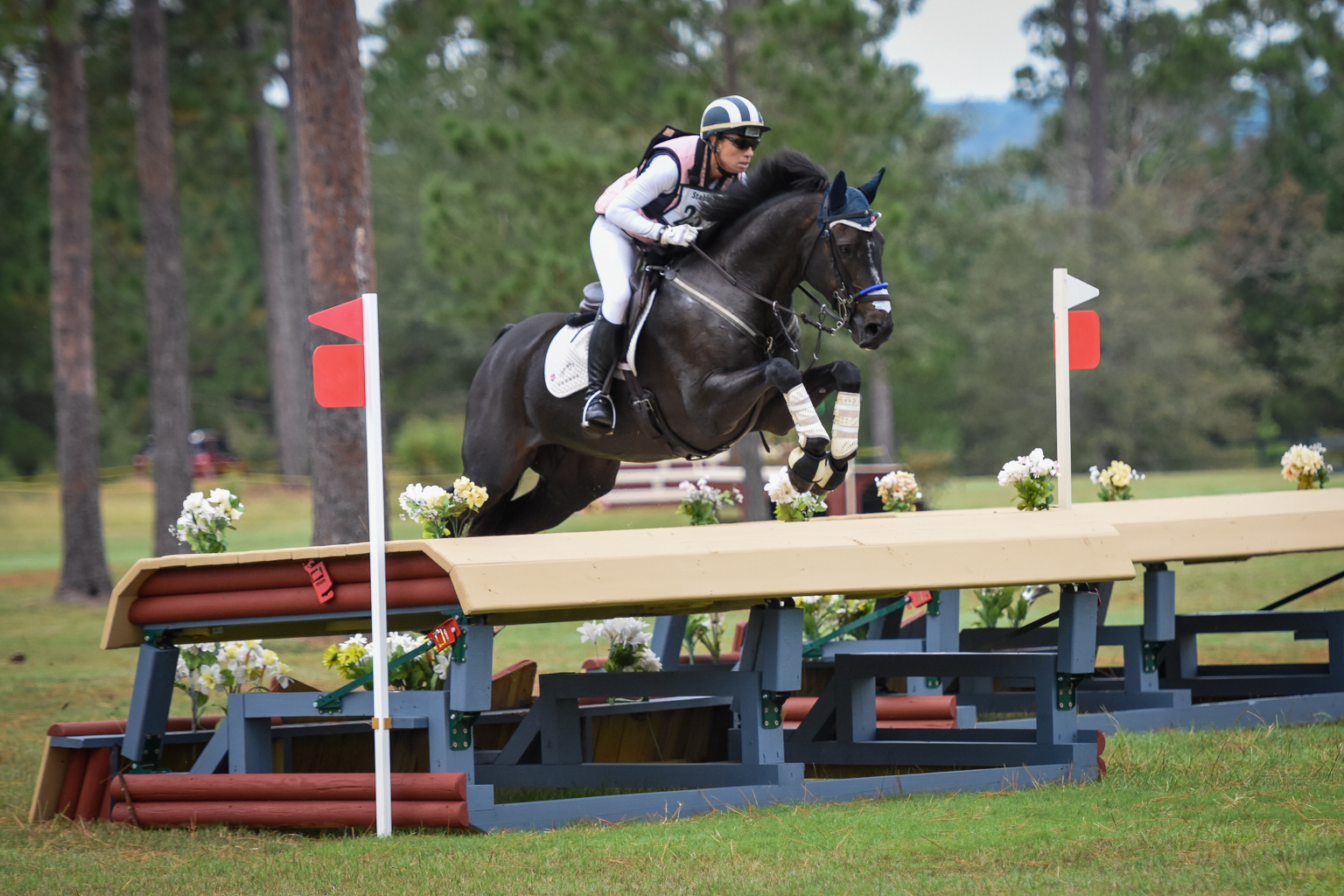 Kristin Schmolze closed out her weekend at Stable View Oktoberfest with a win in the Open Intermediate aboard Foxdale’s Celtic Charm. Penny Worsham’s 7-year-old Irish Sport Horse (Diarado x Cheeky Rossa) had a personal best in the dressage, a 25.3, and added only 4.8 time penalties for a final result of 30.1.

“If you get his nose there and he knows what he’s jumping, he’s going to jump it. He’s very honest and he loves his job,” Kristin said. “Everything was actually fairly easy for him, which is great. Really, his big thing is if I have the rideability. He’s young and he’s game so it’s taken a while to get him to settle but since he’s been going Intermediate, it’s just getting easier. “

“Charm” is a graduate of the USEA Young Event Horse Program, and now as a 7-year-old it was a big dream for the owners to get this horse to the FEI World Breeding Eventing Championships at Le Lion d’Angers, but as many plans this year, it’s not meant to be.

“We were hopeful to maybe get him over to France for the Young Horse World Championships, but with everything going on, it was so unlikely, so we nixed that idea and he’ll do a three-star long here instead. Then, we thought as a consolation, with one more year of Blenheim happening, we thought that maybe we’ll try to get him to the 8-year-old division there next year because it was a real bummer [to miss Le Lion],” Kristin explained. 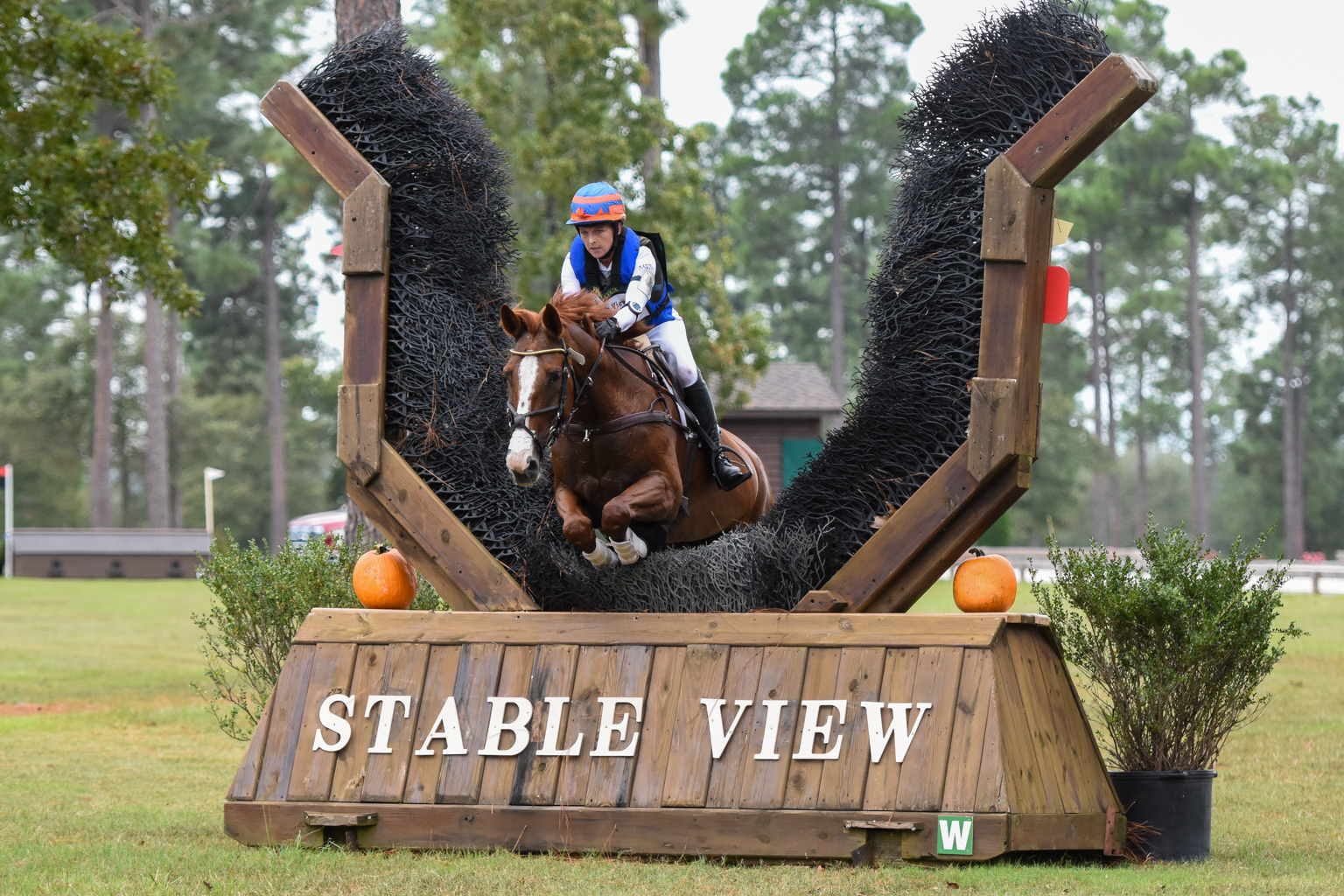 The developing partnership of  Meaghan Marinovich and Riviera Lu were second. Megan imported the 12-year-old mare (Rembranat x Ranfena, by Diapson des Gaves) last fall from Luciano Miranda Drubi, who previously competed the horse through the three-star level in Brazil.

These two were tied as the quickest of the day, coming in with four additional time penalties for a final score of 32.3. These two were originally competing in the CCI3*-S division, but a mishap with their dressage test had them eliminated early in the weekend. Stable View, fortunately, was able to accommodate them in the national division.

“I’m pretty new to this level. I did it a long time ago and I lived in England and did it a lot over there, but I haven’t been back at this level for about 10 years. She’s so cool; she locks onto everything,” Meghan said. 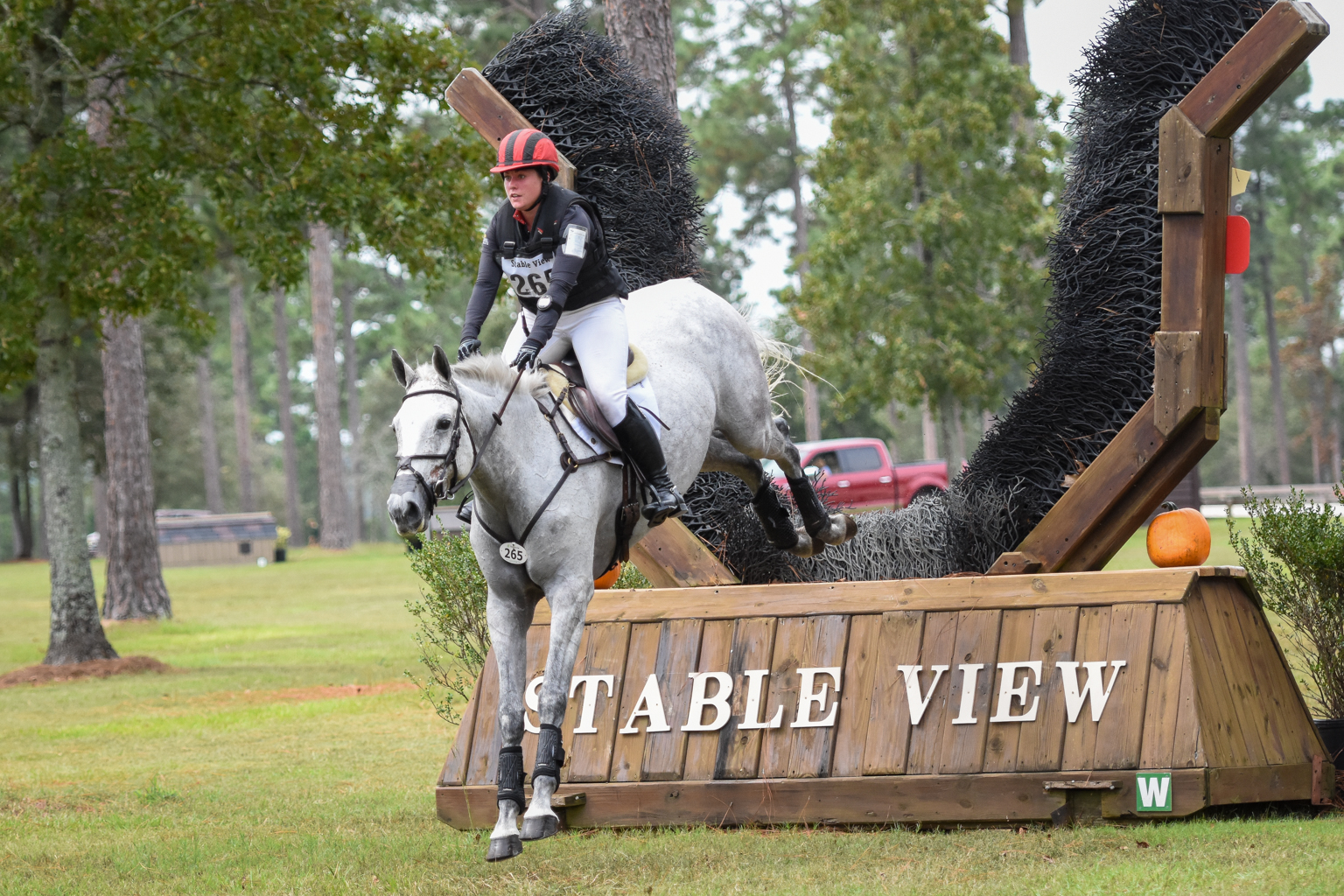 The only other pair to match Meghan’s speed was Andi Lawrence and her own Cooley Northern Mist, a 10-year-old Irish Sport Horse (Cobra x Neat Moonlight Clover) who finished fifth on 42.3 points. 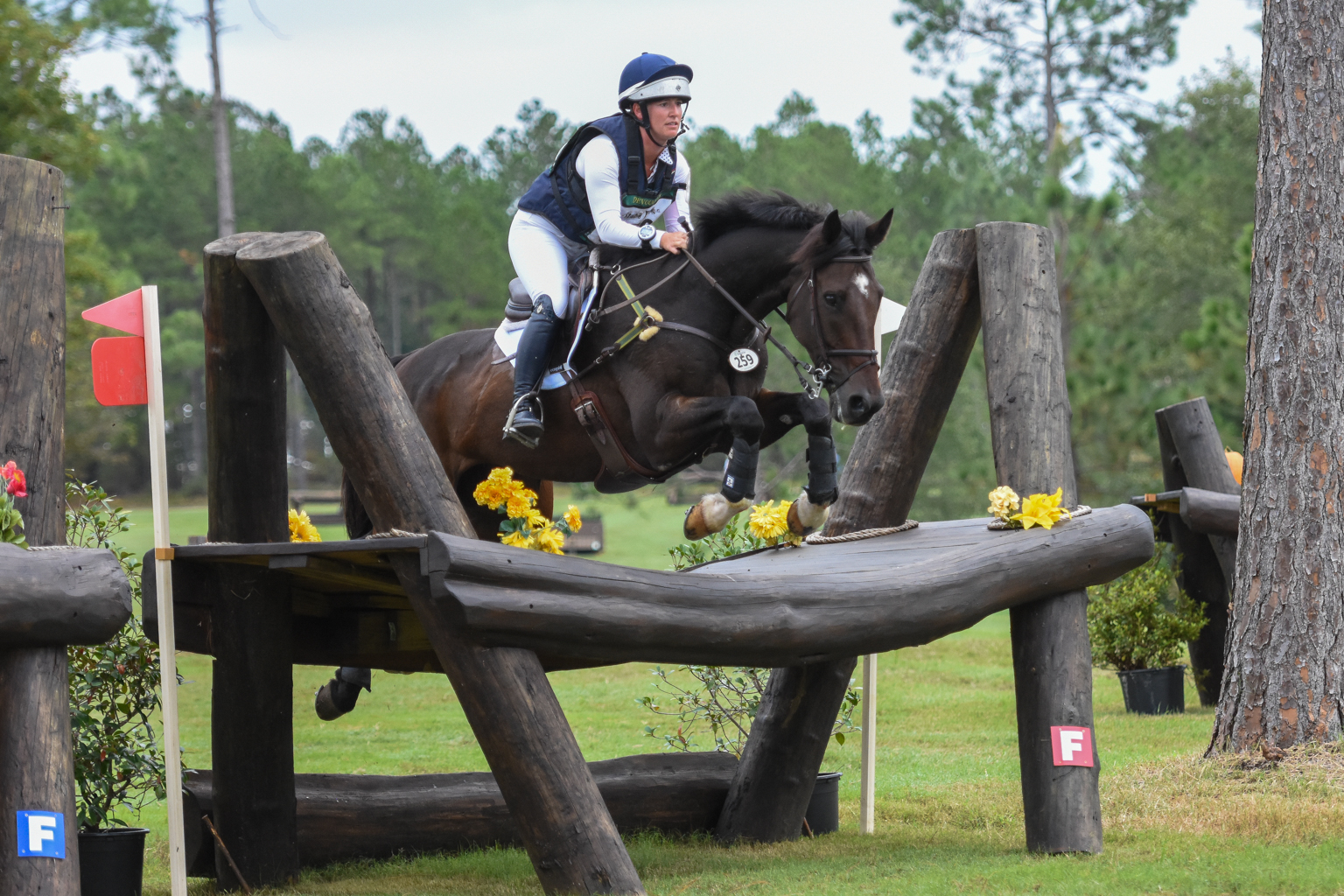 Jenny Caras and Trendy Fernhill, a 9-year-old Irish Sport Horse (Ars Vivendi x Cruseings Girl, Cruising) owned by Elyse Eisenberg claimed third place. This combination had the lowest dressage score across all divisions this weekend, a smashing 21.4, and they added one rail and 9.2 cross country time penalties for a three-phase result of 34.6. 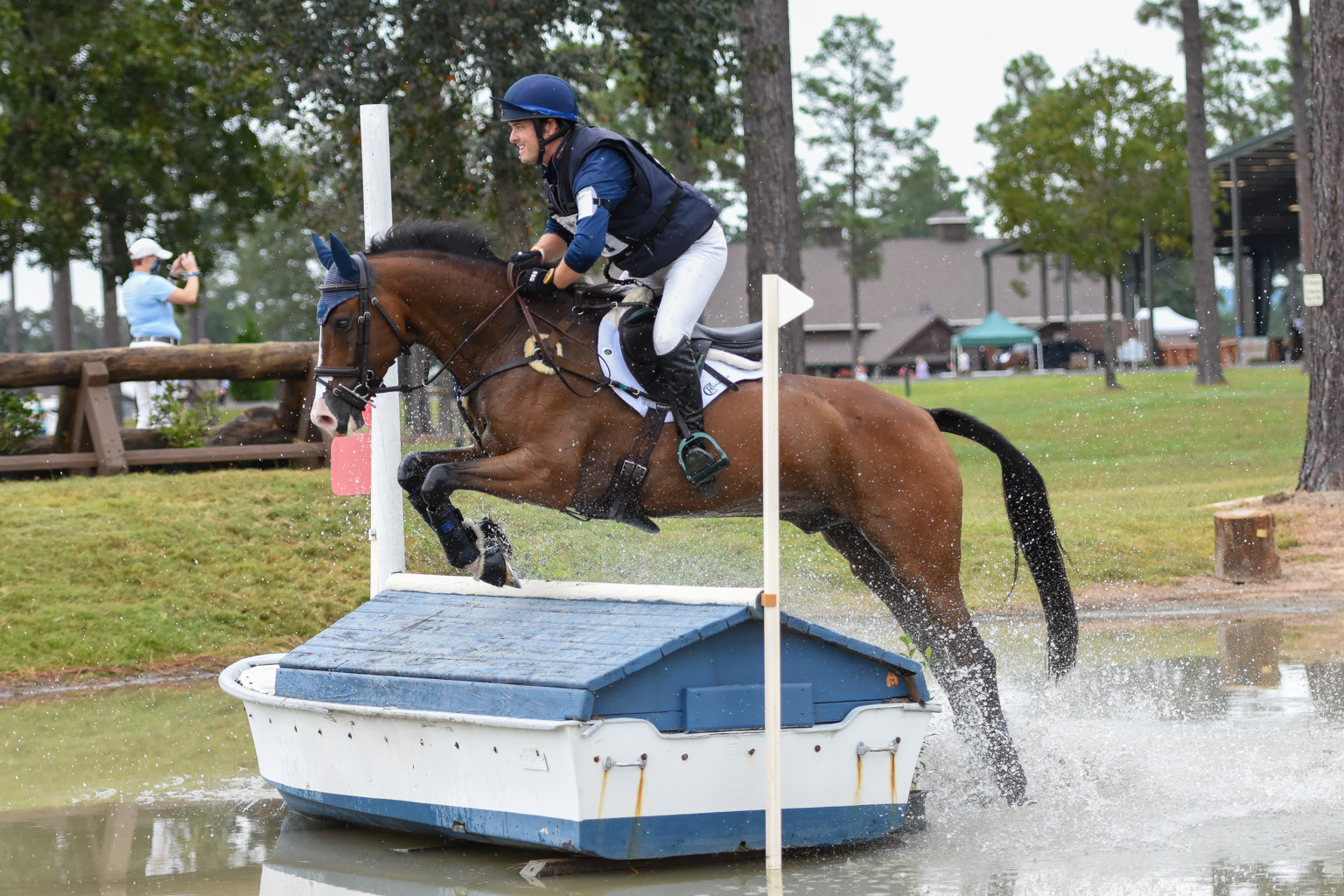 Nick Larkin and Cellusana Alex Too. Photo by Shelby Allen.

Jonathan Holling was fourth with Pioneer Archibald on a result of 40.7. Hillary Irwin and By A Hundredth picked up 12.4 to finish sixth (48.9). Nick Larkin grabbed seventh place with Cellusana Alex Too on a score of 49.3. 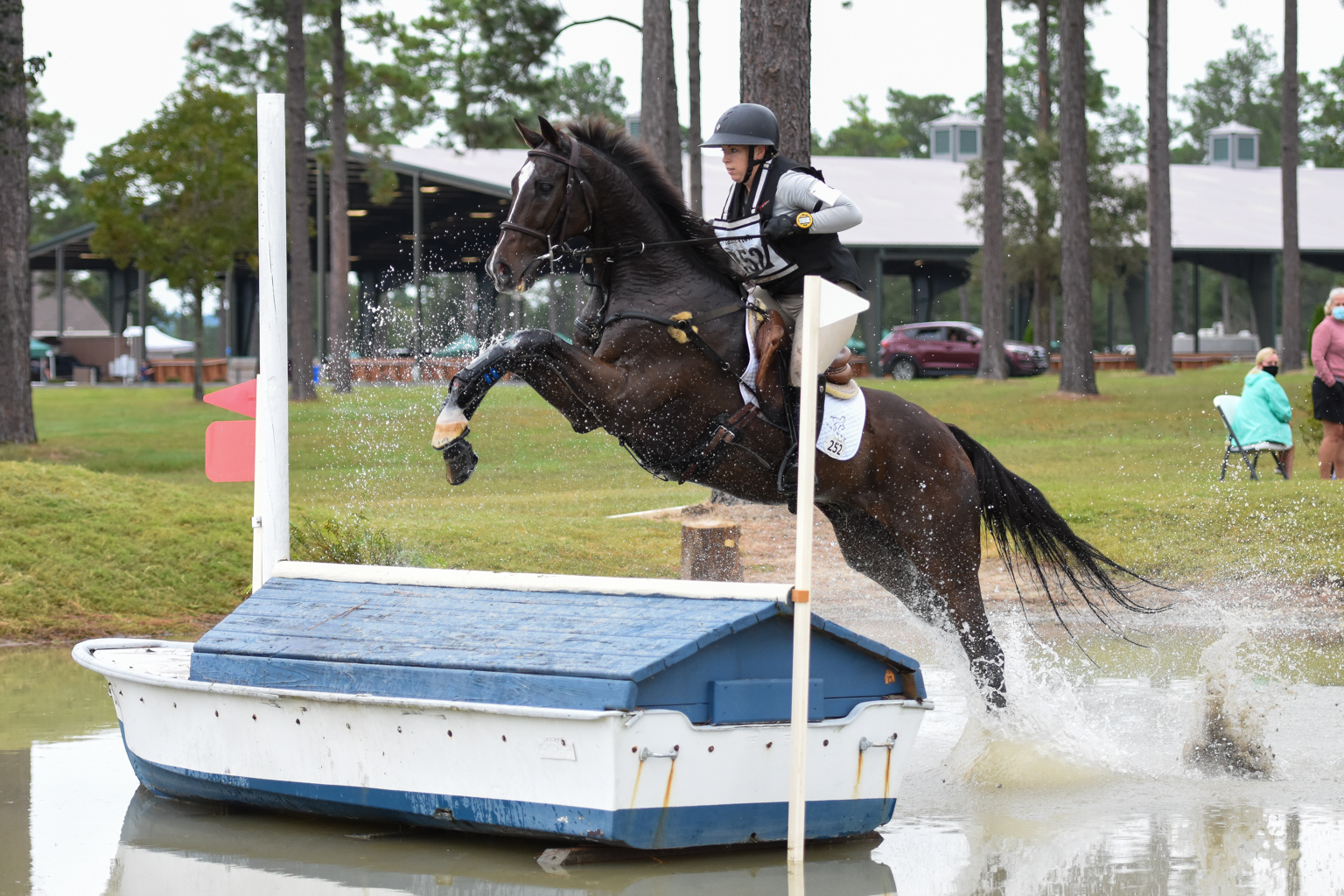 Eighth place went to Annie Goodwin and Erin Sylvester’s Mettraise on a score of 61.2. Autumn Schweiss and Global Invieto DHI were ninth (73.9) after picking up one stop, Jamie McAllister and Army Ranger also had 20 penalties on course to finish 10th (79.3), and Laura Welsh and Galactic were 11th on a score of 87.4.