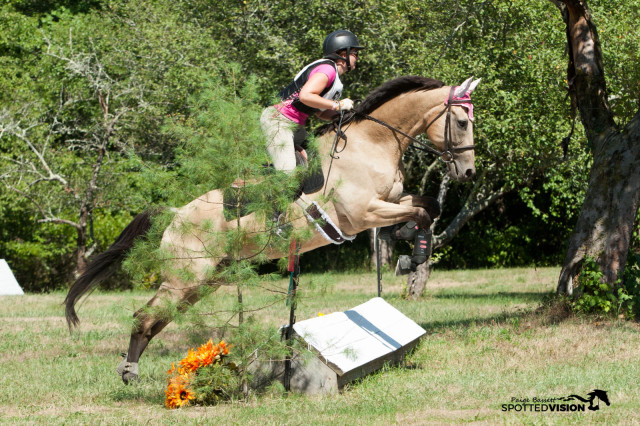 Melissa Iozzo and Start Me Up, winners of the Elementary Sr. championship. Photo by Paige Bassett/ Spotted Vision Photography.

On August 28th, competitors from around the Northeast flocked to the beautiful Apple Knoll Farm in Millis, MA, for the second annual Area I Schooling Horse Trials Championships (SHTC).

Conceived and initiated last year, the SHTC was formed to celebrate the achievements of competitors at the lower levels of eventing and give them an attainable goal to aim for throughout the year. It’s an event that unites the many unrecognized three-phase events in the region, while fostering some friendly competition for riders and horses for whom competing in USEA sanctioned events may not be an option yet.

Riders could qualify for the Championships by competing and placing at other schooling events throughout the area. Thirty-seven events hosted by 12 different farms over the course of the year served as qualifiers. An outstanding total of 396 horse and rider combinations qualified for this year’s event and 76 turned out for the competition.

The atmosphere and ideal facilities at Apple Knoll Farm as well as the brimming prize table gave the event a true championship feel. At stake this year were some fantastic prizes — including a custom cooler for the winner of each division — from generous sponsors like Bit of Britain, English Riding Supply, Equinature, Spotted Vision Photography, Heart of Dixie Blanket Wash, Massachusetts Horse Magazine, and Frog Hollow Sport Horses. The organizers also outdid themselves with the biggest, most beautiful ribbons you’ve ever seen at an unrecognized event. 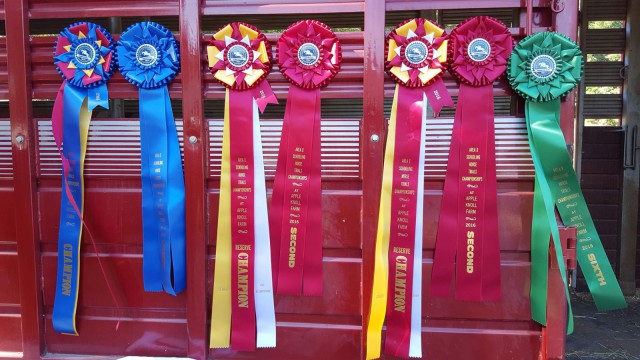 High View Farm took home quite the haul. Look at the size of these! Photo via Schooling Horse Trails Championship on Facebook.

Organizing last year’s Championship was a successful learning experience that paved the way for increased awareness and growth this year. In addition to publicity from the qualifying venues themselves, advertisements in the programs of sanctioned events as well as in some prominent horse magazines in the region helped to call attention to this year’s event.

“We gained several more great farms as qualifiers for the event which bolstered awareness on social media and gave me more resources to put into advertising,” said Adrienne Iorio, owner of Apple Knoll Farm and organizer for the SHTC.

“We also had tons of fantastic reports about the Championships from riders last year. I am sure fantastic feedback helped with the excitement heading into the event this year and the large number of qualified riders.” 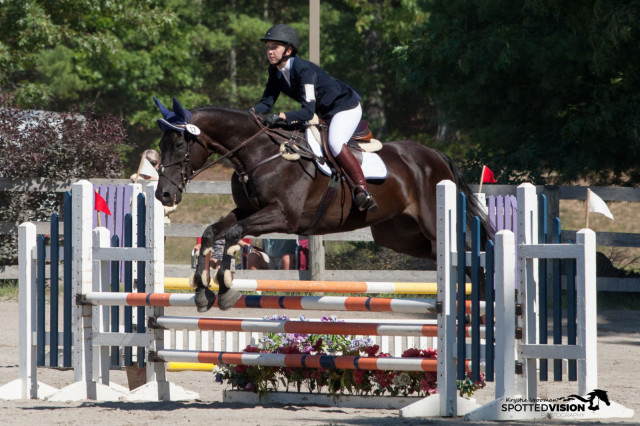 However, despite the impressive number of eligible competitors, there was only a marginal increase from the 68 entries last year. Adrienne is hoping to drum up even more excitement and awareness of the Championship for next year.

“We can comfortably run 125 riders a day at Apple Knoll Farm. I am hoping to reach capacity for next year,” she said.

Overall, the event ran wonderfully and all involved are looking forward to next year. Having now twice put the Championships together, Adrienne is looking to make several improvements in the future, including implementing an online system for entries. This would make the life of the show secretary, Laura Donovan, vastly easier.

Laura is an experienced equestrian with many skills including grooming and barn management for upper level operations of various disciplines including eventing. She is currently a full time barn manager and instructor at Apple Knoll Farm and the SHTC was thus far the largest and most complicated event that she has acted as secretary for.

“I got a steady stream of mail and things really got crazy the week prior to the event,” Laura recounted.

There were many challenges in organizing the entries for the SHTC including late entries, incomplete entries and competitors wishing to change divisions right up until the day before.  The day of the show was no less complicated.

“It was a bit like playing a chess match against multiple opponents,” Laura said. “I think there are definitely some things we can tweak to smooth everything out for everyone involved, but from all the feedback we’ve gotten, everyone was pleased. We had a safe and successful event, and at the end of the day that is the most important thing, win, lose or draw!” 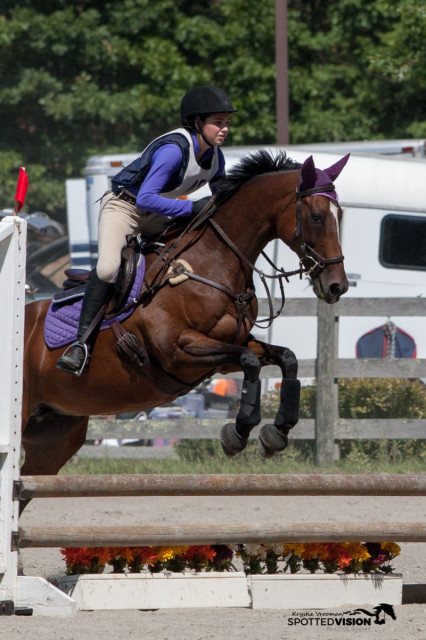 Another improvement that Adrienne is eventually hoping to make happen is expanding the cross country course at Apple Knoll Farm. Not only would this benefit the SHTC, but it would brighten the future of USEA sanctioned events in Area 1 as well.

“Expanding the cross country course at Apple Knoll Farm may be a good step towards us running a sanctioned event again at some point in the future,” said Adrienne. “We are looking to add a bank complex and a water jump to the cross country course as well as opening up some new trails and room to run, but in order to do this we are looking for some bigger sponsors to help us along.”

“More entries and excitement for the Championships makes an easier sell to sponsors for next year. Without the fantastic farms opening their facilities for competition and the wonderful sponsors who provide prizes and help pay for courses, there would be nowhere to bring all these lovely event horses.”

Adrienne wants to make sure to remind all who attended the Championships to thank the farms that participated as qualifiers and the businesses that generously served as sponsors: “Writing a few quick notes to all involved helps to make your host farms and sponsors know they are appreciated.”

“Apple Knoll Farm is very aware that we have been losing events in Area 1. Our hope is that through programs like the Schooling Horse Trials Championship we will be inspiring more riders in Area 1 to get involved in eventing.” 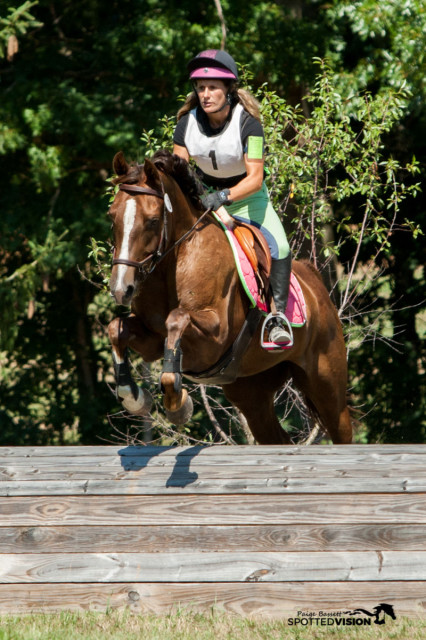 Special thanks to Paige Bassett of Spotted Vision Photography for providing us with some great photos!