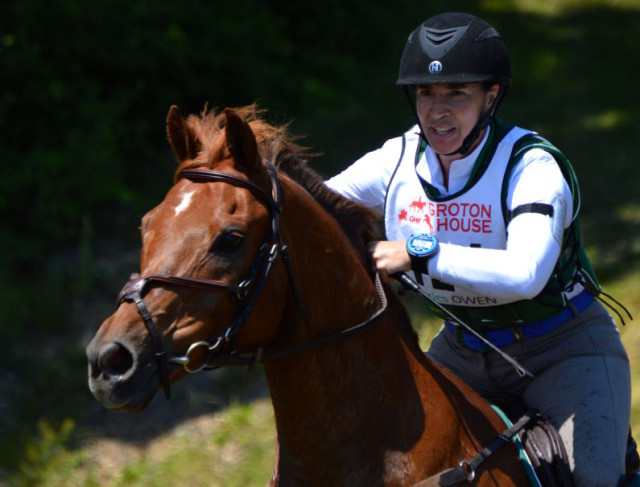 This past season, members of Area I’s Adult Riders Program (ARP) enjoyed a new way to get competitive and stay active in the eventing community regardless of whether they actually rode in an event. It all started when Suzanne Adams, Area I’s ARP Coordinator, organized the inaugural Virtual Team Challenge (VTC).

The Virtual Team Challenge allowed ARP members to earn points for their team by entering, placing and volunteering at USEA sanctioned horse trials. Non-competing ARP members who were active volunteers became just as much of an asset to their teams as members who placed at the top of the leaderboard at an event.

Suzanne got the idea for the VTC from other USEA Areas, including IV and VI, both of which have hosted similar competitions in the past. Her main goal was to find a way to include all ARP members regardless of how often they competed or even if they competed at all. 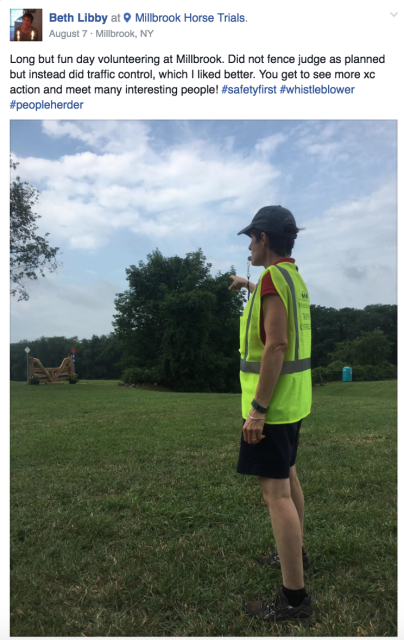 “The VTC program was added because we had active ARP members who, at some point during the year, had to stop competing. I kept kicking ideas around to all who would listen. How do you have a program that included everyone: riders, folks who weren’t competing for whatever reason and parents of Young Riders who wanted ways to be involved?” Suzanne said.

“I loved the idea of a virtual competition and wanted to expand it to involve non-rider competitors, which added the whole concept of volunteerism.”

Participants were randomly split into teams of seven prior to the first Area I event of the season, and Suzanne introduced the teams to each other via email and laid out the rules. Entering and completing an event secured 20 points for a team and placing in a division added between five and 40 additional points from eighth through first place, respectively.

A maximum amount of 60 points for first place could be earned through competing. Similarly, volunteering for a half day earned 30 points, while a full day earned 60 points. Competing in an event outside of Area I earned half the point value of an event within the area. 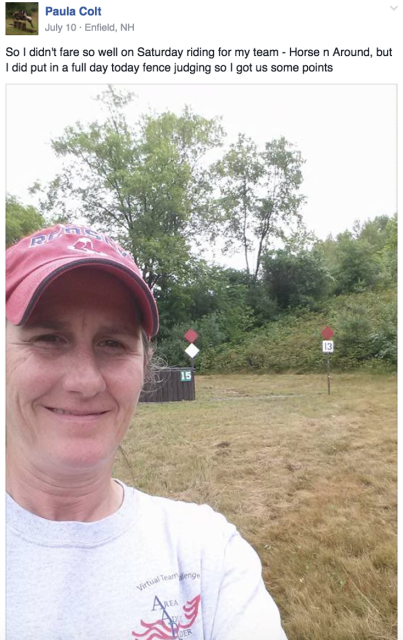 VTC participants who volunteered posted selfies to the Facebook group in order to earn points for their teams. Photo courtesy of Paula Colt.

“The points were designed to treat a day of volunteering equally with winning first place,” Suzanne said. “I saw VTCers whose horses were out for the season step up and really push themselves for those volunteer points.”

One such participant was Jennifer Bagley, a member of the winning team, who had to retire her mare from eventing last year. Jennifer has been a USEA member for two decades and was glad to be able to have a way to still participate in her sport even while currently being sidelined from competing.

“It really helped me stay connected to the sport and feel like I was contributing to a team during a season when I wasn’t able to show,” Jennifer said.

At the beginning of the season, Suzanne set up a private Facebook group for participants that she used to announce which teams had members competing or volunteering prior to every event. After each event she posted the results and the current standings. The Facebook group turned out to be an amazing tool for keeping the participants engaged throughout the entirety of the season.

“Teams cheered each other on, posted pictures and video, and even trash-talked in good humor,” Suzanne said. “Each time a list of competitors and proposed volunteers was posted for each event, some folks actually arranged to meet up with each other.” 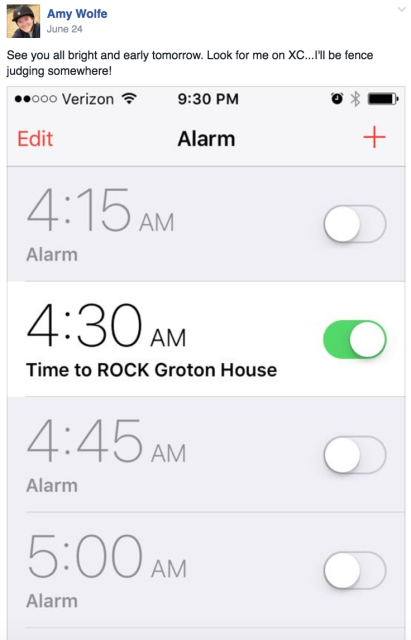 VTC participants posted fun pictures and stayed engaged throughout the competition via the Facebook group. Photo courtesy of Amy Wolfe.

“Suzanne did a fantastic job with the scoring system and keeping tabs on what everyone was doing,” Jennifer said. “It was always fun to see who was competing and volunteering each weekend and to see results afterward. We all cheered each other on and commiserated with those who had a tough show. It created a really fun and supportive community with some sassy talk and a lot of laughs!”

The mutual support, sense of community and good-natured heckling within the VTC generated an extra layer of fun and friendship throughout the season. Top placing teams will be receiving prizes at the upcoming Area I Annual Meeting in January, as well as some additional ribbons to add to their collection accumulated throughout the season.

“It was the proverbial horse race to the finish,” Suzanne said, “and it was such a rich year of building community, friendly rivalry and promoting volunteerism amongst teams.”