Eventers are skilled, tough, determined and passionate, and it’s qualities like these that inspire journalists like us every day. The EN team is honored to follow the journeys of eventers around the world, and we’re excited to bring you our annual list of eventers who inspired us this year. It is by no means a complete list, but here are 10 of our favorite standout stories from 2016. 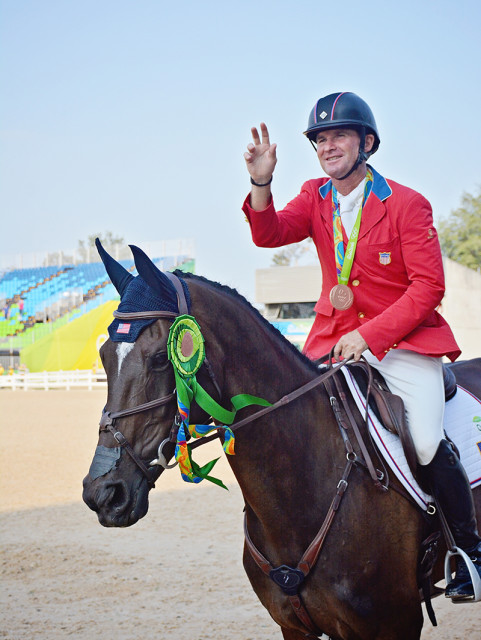 Phillip Dutton and HND Group’s Mighty Nice bringing home an Olympic medal for the U.S. stands out as one of the highlights of the year for our team. Big Phil and “Happy” performed brilliantly in all three phases, but we still aren’t over their epic save at that corner combination on cross country.

Eventing fans went wild when they won the bronze medal, and their success has been celebrated at events and functions all throughout the fall, inspiring riders of all ages and giving U.S. eventing a confidence boost. Rio was Phillip’s sixth Olympic Games but his first individual medal. We’re still so thrilled for him. 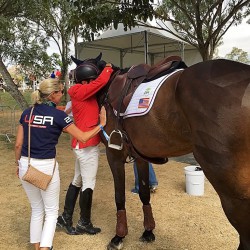 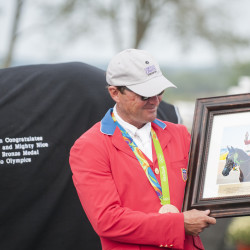 Phillip Dutton and Mighty Nice were celebrated for their Olympic achievement at Plantation Field Horse Trials. Photo by Leslie Threlkeld. 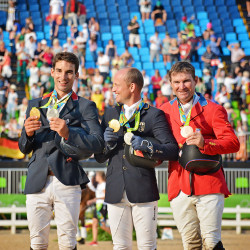 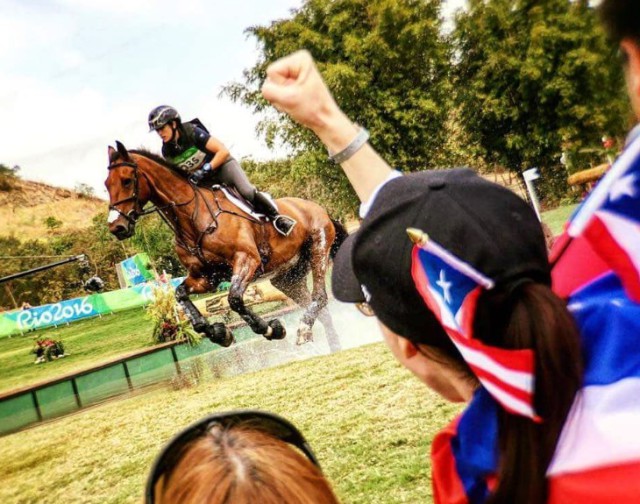 Lauren Billys represented Puerto Rico at her first Olympic Games this summer riding the Purdy Syndicate’s Castle Larchfield Purdy. Qualifying for the Olympics as an individual is different than qualifying on a team. The qualification process is based on cumulative points earned during a specific time span, and these points determine who will fill the limited individual spots for non-team countries.

“I’m not going to lie, it was hard, and there was sacrifice,” Lauren said after receiving the news of her qualification. During the Olympics, her determination and positive attitude continued to shine through, and she and Purdy got around the most difficult Olympic cross country course in the modern era. It was a long road to Rio for Lauren but she made the most of it. 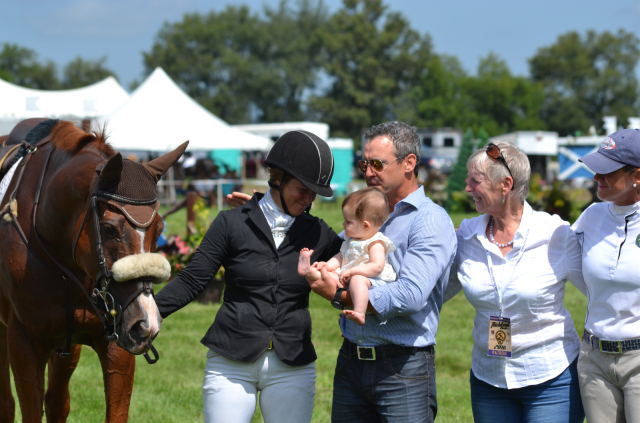 The sorrow felt after the sudden and tragic death of Philippa Humphreys at the Jersey Fresh International Horse Trials this May will not soon fade, but it was incredibly touching how the eventing family came together to support Philippa’s family and each other through an incredibly sad time.

A YouCaring fund was immediately set up for Philippa’s infant daughter Millie, and more than $100,000 has been raised for her college education. Philippa’s friend Meghan O’Donoghue took Philippa’s horse Rich ‘N Famous into her barn and has continued to compete him in eventing, a job the gelding clearly loves.

Another friend of Philippa’s, Katie Ruppel, won the Philippa Humphreys Advanced division at the Richland Park Horse Trials in August. EN’s Leslie Wylie was on site covering Richland, and she said this was her favorite eventing moment of the whole year: “Katie was a good friend of Philippa’s, as both are Michigan girls, and I thought she showed a lot of grace and courage in that situation.” 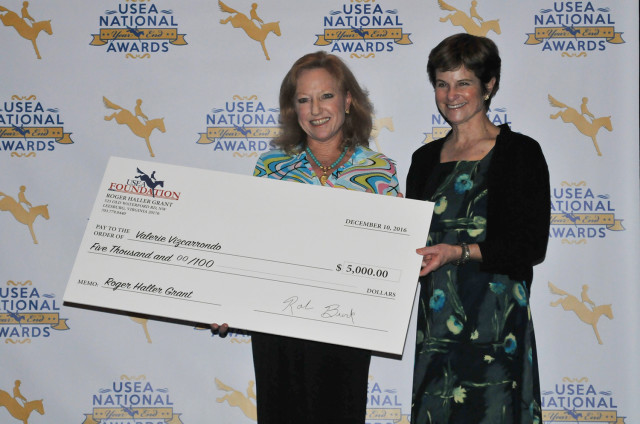 Roger and Ann Haller were a dynamic duo that we were accustomed to seeing together working at events around the world. Roger sadly passed away from cancer last March, and Ann has carried on his legacy through the USEA Roger Haller Education Fund and her continued active participation in the sport as a volunteer, official and shining presence in general.

Ann is a dear friend to EN, and we don’t know what we would do without her happy greetings in the media tent at major events like Rolex, Plantation Field and Fair Hill. This past year Ann has exhibited remarkable strength through a sad time and shown a deep passion for the sport that we are proud to witness. 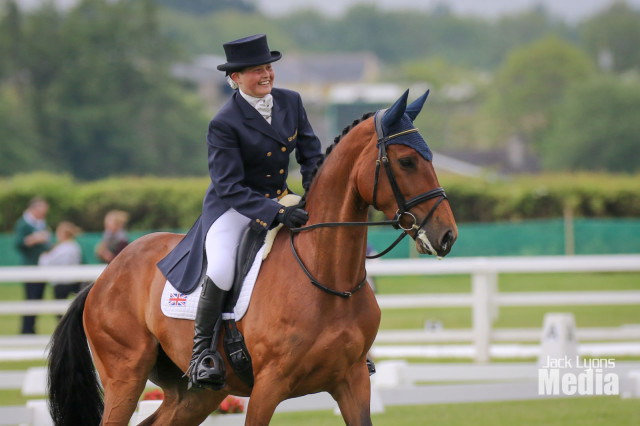 The late Hannah Francis was included on our list of inspiring eventers in 2015, but we simply cannot exclude her this year. This summer, Hannah lost her long and difficult battle with bone cancer, a painful struggle through which she showed immeasurable hope and determination. Despite her failing health, she pushed herself to the limit to raise money for bone cancer research and grabbed every opportunity to get time in the saddle, including performing test rides at Tattersalls.

Hannah made every moment count and continued fighting until the very end. She was nominated for the FEI Against All Odds Award after receiving “by far the most nominations across all categories.” Hannah’s legacy lives on through the Willberry Wonder Pony Charity, and the eventing family will never forget her. 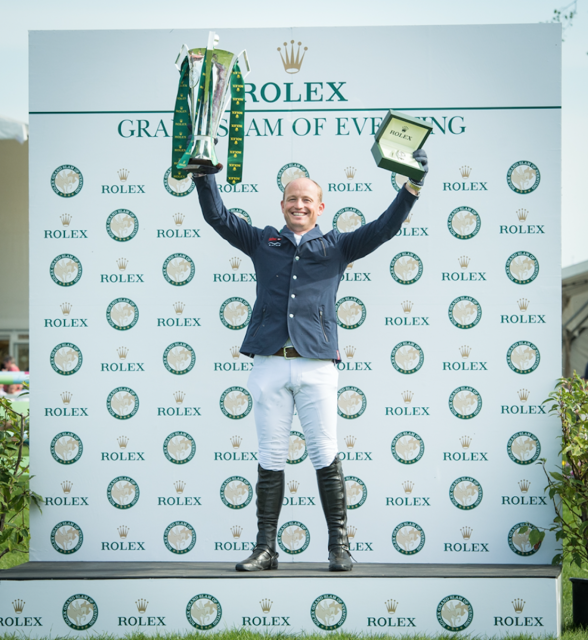 Sure, Michael Jung wins everything and has done for the last several years, but we witnessed history this year not once but twice. First he won the Rolex Grand Slam of Eventing, which has only been achieved once before. Then, he won a second consecutive Olympic gold medal in Rio riding La Biosthetique Sam FBW.

This is the third time in eventing history that an event rider has won back-to-back gold medals at the Olympics, but Michael’s achievement is made all the more impressive by having earned both medals on the same horse and finishing on his dressage score on both occasions. We’re running out of clever ways to say “Jung won again” in our headlines, but he is without a doubt one of the greatest competitors our sport has ever seen.

The eventing world closely followed the recovery of William Fox-Pitt after a fall at Le Lion d’Angers in 2015 left him in a coma with a severe head injury. He made a miraculous comeback, getting back in the tack by Christmas. By this spring he had been cleared to compete and, in a truly remarkable display of tenacity, continued working towards competing in the Rio Olympic Games.

William was ultimately selected to represent Great Britain with Chilli Morning, putting him back at a major championship less than one year after his accident. During his keynote speech at the USEA Annual Meeting and Convention this month, we learned just how dire the circumstances were after the accident and the lengths he went to regain his mental and physical strength with the help of his family and the horses themselves.

William was incredibly honest and candid in his speech but also humble and gracious. “I’m lucky to be here,” he said. “We’re all involved in this amazing sport, and I’m now part of a happy story and a good ending.” 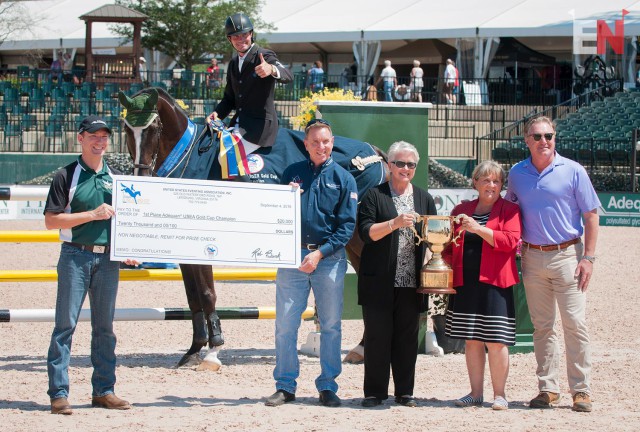 Up-and-coming riders feeling like maybe they don’t have all the resources and horsepower to make it in the eventing world should take a good hard look at Ryan Wood and what he has accomplished. Ryan bought many of his current string of upper-level horses as youngsters and brought them along patiently and carefully. (He negotiated the purchase of a 5-year-old Frankie for $500 and a couple of jump lessons not long after moving to America from Australia.)

Now he is enjoying the fruits of his labor. It really all came together for Ryan this year when he won the Jersey Fresh CCI3* with Powell, the Bromont CCI3* and CIC3* with Woodstock Bennett and Frankie, and the Adequan USEA Gold Cup Championship with Powell. And those are just his wins; he had many additional top finishes at major events on multiple horses.

Ryan and Powell were included on the FEI Nominated Entry List to represent Australia for the Rio Olympics. They weren’t selected to compete, but Ryan has proven he’s a force to be reckoned with, and we know we will see him on the world stage soon. Ryan has diligently put in the hard work to make it to where he is today and is an inspiration to any rider with big dreams. 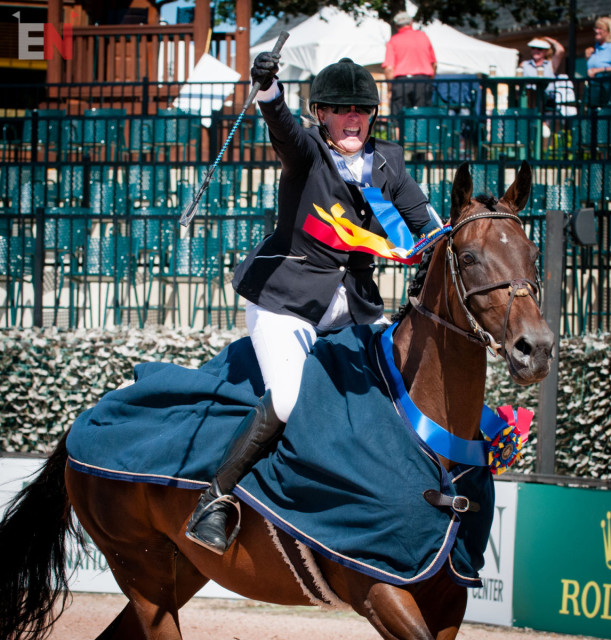 It’s not been an easy year for Cindy Deporter. She endured multiple hospital stays and suffered the sudden loss of family members. Through it all she kept up her responsibilities as a social worker and USEA event organizer, committee member and competition official.

She set a goal to ride at the American Eventing Championships and fought tooth and nail to qualify with her mare Ana D. All the hard work and perseverance paid off when she clinched the win in the Novice Master Amateur Championship this September.

“It has been a long trail to get here but it was a goal I had for this horse because she’s so nice,” Cindy said through tears after her emotional win. “I’m just proud to be here … I’m so fortunate. I have to thank the good Lord and the people around me that supported me.”

Cindy is not only an inspiration for the adult amateur rider but she is a prime example of what you can achieve if you hold your chin up and just keep swimming. 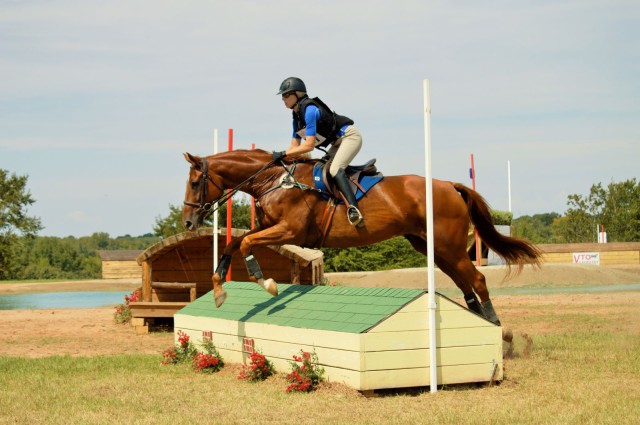 Ashley Russell and Philharmonic at the 2014 American Eventing Championships. Photo by Sally Spickard.

We’ve been publishing an annual roundup of inspirational eventers for three years now and it’s about time Ashley Russell was on it. Ashley is legally blind, having lost her central vision at age 20 due to a rare genetic disorder called Stargardt disease. Nevertheless, she competes successfully at Training level with her horse Philharmonic. Her vision limitations force her to walk and plan her cross country and jumping rounds differently than most, mapping out landmarks and thinking more like a horse.

Ashley and Philharmonic finished 13th in the Beginner Novice Horse division at 2014 American Eventing Championships. This year they returned to the AEC at the Novice level and then completed the long format Novice Three-Day at Waredaca, finishing on their dressage score. That’s a seriously impressive accomplishment and testament to the bond between this horse and rider.