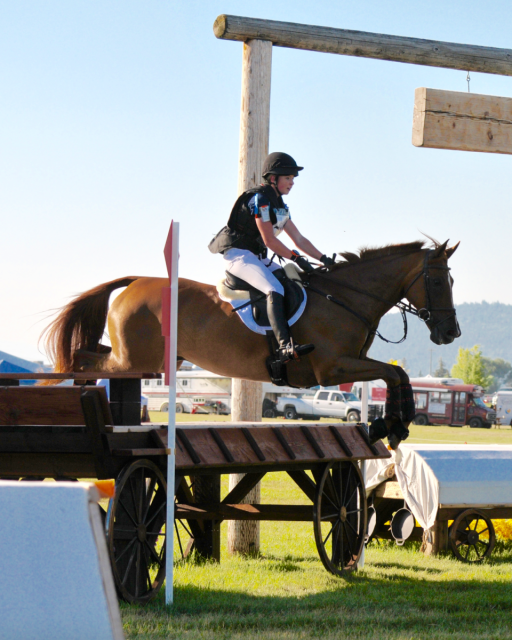 Alexandra Baugh and Ballingowan Pizazz, representing the Area I, IV and VIII mix team, lead NAYC CICOY2* after cross country, having added nothing to their dressage score of 30.8. Photo by Leslie Wylie.

The Adequan/FEI NAYC is a pipeline for top young eventing talent, and the future of U.S. eventing looked as bright as the big, blue Montana sky watching this morning’s CICOY2* cross country here at Rebecca Farm.

We saw some fantastic displays of bold and determined yet tactful riding out there. Eleven out of 19 starters came home clear and under the time; four more had under 10 time faults; three picked up 20; and there was just one pair that didn’t get around. After cross country team standings and the individual top three remain unchanged from Thursday dressage, with Area II as our team and Alexandra Baugh as our individual leaders.

Area II looked dynamite all around, horses and riders alike having a blast around Ian Stark’s big, galloping course. It was tremendous fun to watch four-star veterans we’ve seen compete on the biggest stages in the world — Kentucky, Badminton, Burghley, the Olympics and WEG — tackle the CIC2* track. Rather than realizing that the jumps are smaller, one imagines Mr. Medicott and Flintstar assuming that they’re just getting better and better with age. 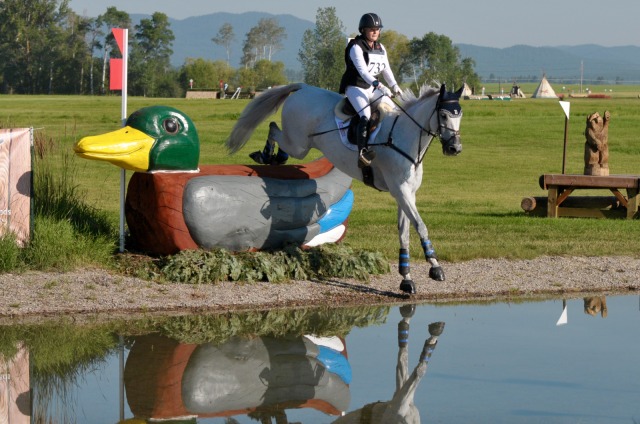 Area II’s Tayler Stewart and Ideal Contini are 2nd on a 31.2. Photo by Leslie Wylie. 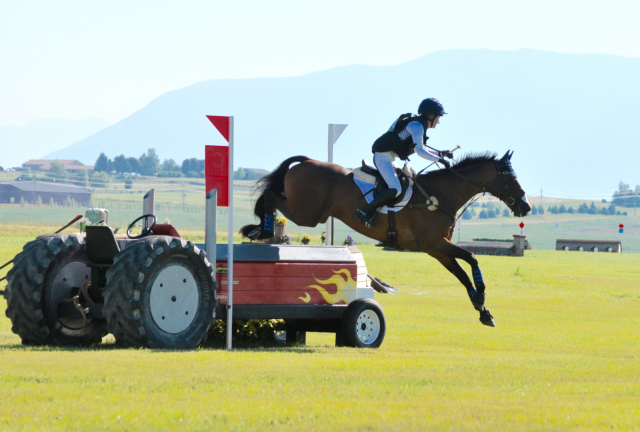 Area II’s Alexa Lapp and Cambalda are 3rd on a 32.6. Photo by Leslie Wylie. 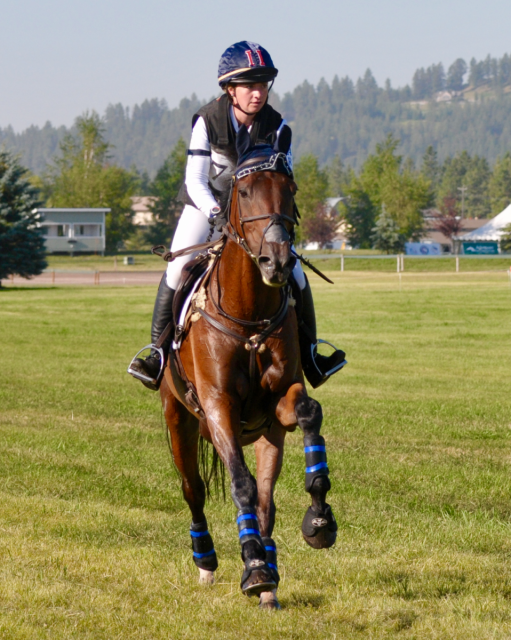 Ryan Keefe and Flintstar are 4th 35.4. Photo by Leslie Wylie.

Which, perhaps, in some ways they are! One of the most touching moments of the morning was when Mr. Medicott caught his left hoof jumping into the second water, nearly catapulting the tiny wisp of a girl that is Olivia Dutton out of the tack. As she fought tooth and nail to right herself on the landing, “Cave” gingerly circled as if to say, “Hang on, kid!”

And then off again they went to finish the course, with 20 penalties and a fan club in tow. The pair endeared themselves to us all — Olivia with her tenacity, and Cave with his tenderness.

“I’m very happy with him still and I love him so much and he saved me,” Olivia says. 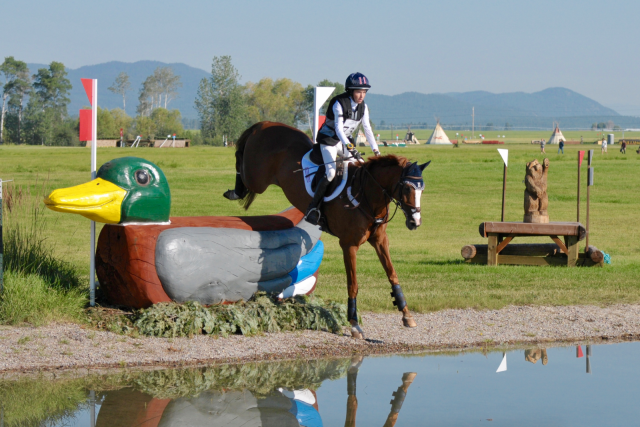 Isn’t that what it’s all about? So wonderful to see young riders regarding their mounts with such affection, and honoring them not just as partners but respecting them as teachers as well. We’ll let Alexandra and the Area II squad tell you in their own words what it was like to view this morning’s course between the ears of some truly special horses. 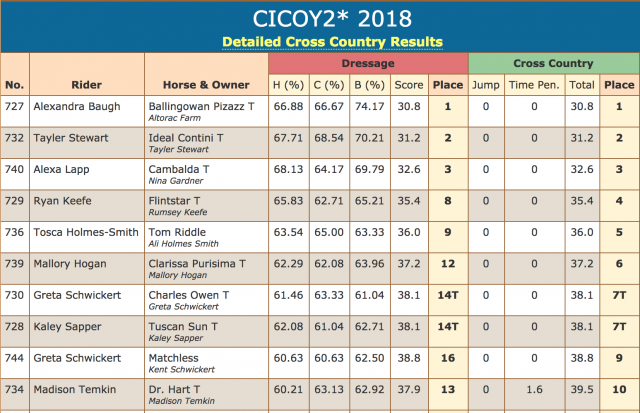